The Huayhuash coming into view...

Continued from “Beasts of the Southern Blanca”

Following my trips through the Cordillera Blanca, I knew I would be heading for the Peruvian Great Divide Route. This route was established fairly recently by the masters of all things cycling related in the Andes, Neil and Harriet Pike (andesbybike.com). Their website and books are absolutely invaluable resources if you have any interest in riding in the Andes, so I would highly recommend checking them out.

The divide route is almost entirely along quiet dirt roads that endlessly undulate between 10,000′ and 16,500′. It also passes through many remote villages that are far off the tourist trail, where the locals are always excited to see you (and probably welcome you into their home for a hot meal and coca tea). Before meeting up with the true divide route, though, I wanted to take a little detour through a couple of glacially capped mountain ranges, the Cordillera Huayhuash and Cordillera Raura. This would require a couple days with some significant bike pushing/pulling/carrying as the Huayhuash section is on a largely unrideable hiking trail. However, having done the trek version, I knew it would be worth the hassle, if only to catch one more glimpse of the towering peaks and pristine lagunas. It would also give me a chance to connect to an amazing stretch of road I spotted across a valley while on the trail a few weeks prior. My first night camping on the edge of the Huayhuash was probably the most, uhh… “interesting” of the entire trip so far. In a spot tucked away behind a few large boulders off of the very rarely used far northern trail, I felt like I was in one of the most secluded campsites I’ve ever had. This changed in a hurry at dusk when I heard the faint voices of a couple locals followed by multiple sets of gunshots fired into, well… your guess is as good as mine.

I was still well hidden from the trail (and the direction the voices were coming from) so I figured I was ok, but soon those voices grew louder, and it was clear they were heading off the trail and in my direction, even if they didn’t know I was there.

Once it was obvious they were going to stumble into my campsite, I came out to greet them, hoping to not look like I’m trying to hide away. They were confused and a bit more standoffish than the typical Peruano you meet in these remote areas, and after roaming around the surrounding hills for fifteen minutes or so, the murmuring voices faded off into what was now the total darkness of a moonless night. Needless to say, it was a long night without a whole lot of sleep. 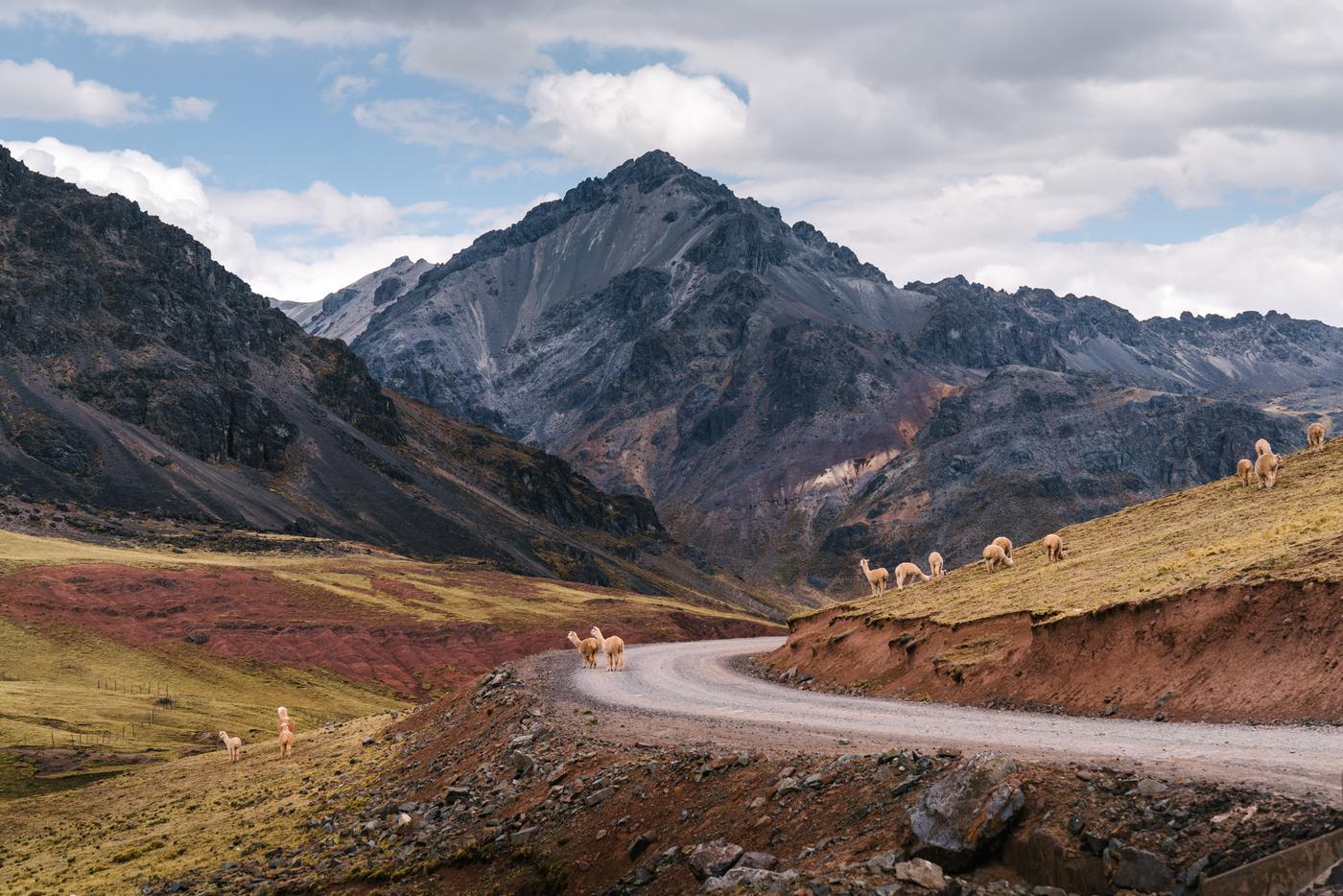 Thankfully, the sun rose without incident, and I was ready to set off for a couple of spectacular(ly painful) days through the Huayhuash and into the often overlooked Cordillera Raura. The laguna-lined roads of the Raura were truly a sight for sore eyes after an arm punishing push through the brutally steep trails of the Huayhuash. No 16,000′ roads ever felt easier!

After descending out of the Raura, I found myself in the city of Oyon, which is largest town I’d been in since Huaraz. Note: Like Huaraz, they also have a bakery with pizza, though I would highly recommend NOT eating it unless you want to risk praying to the porcelain gods for a day or two afterward. Cheese (along with uncooked vegetables) are always suspect in these smaller cities. If you plan on being out in the mountains in the next 24 hours, you’re probably best off steering clear! Oyon is where I would jump onto the more typical divide route, and where the terrain slowly shifted from constantly towering glacial peaks to mineral rich multi-colored rock formations and rough roads twisting through llama and alpaca filled hillsides. The route certainly doesn’t ease up with the divide though. The roads get steeper, rougher, and even a bit higher when compared to the “warm up” of the Cordillera Blanca, so I was definitely thankful to have the weeks of high altitude riding and trekking under my belt.

My route for this section is at Ride With GPS.