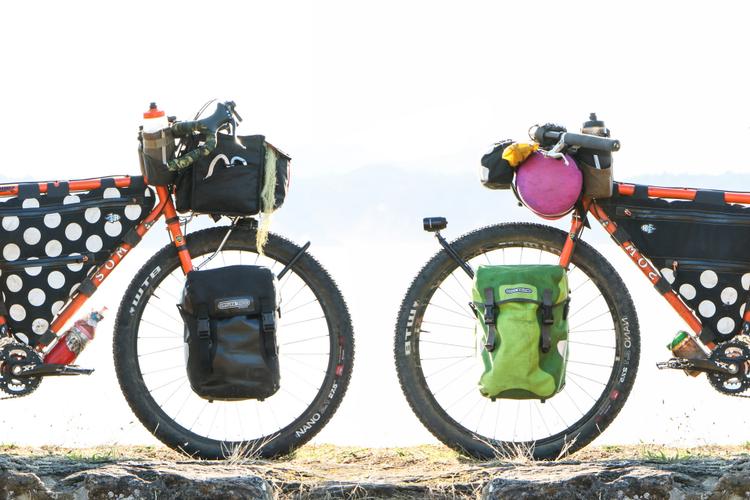 There are many ways you can build a bike for traveling and all of them have their virtues; striking a balance is not as much a universal truth as it comes down to where you want to make sacrifices. When Stephanie and I set out to build these bikes, we had the long term in mind. Not just the fact that we intended to spend all summer riding them around the western United States, but that we wanted bikes that would be useful beyond that trip.

For us, the guiding principle along the way was that we wanted bikes that would be fun around town and commuting bikes when we came home, which is really what determined the frames we chose. We were building bikes for a honeymoon adventure but the lasting legacy was a bike that would fit in to our daily lives when that chapter came to a close. To put it simply, we didn’t want to tour on touring bikes. And after 4,000 kilometres of fully loaded riding, we’re happy we didn’t. 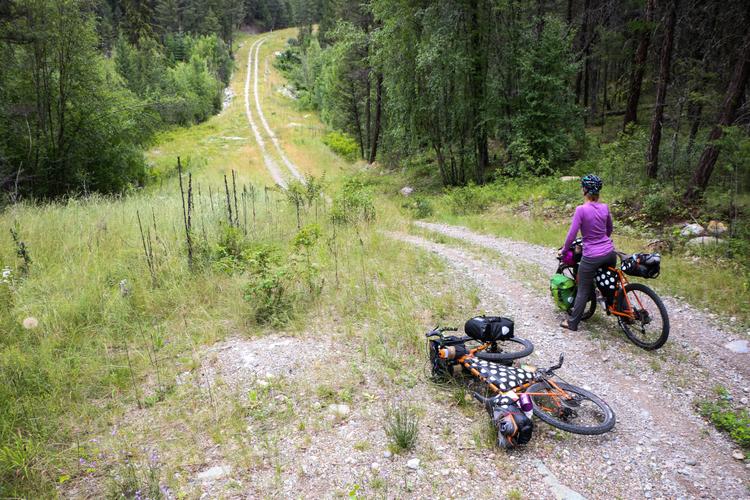 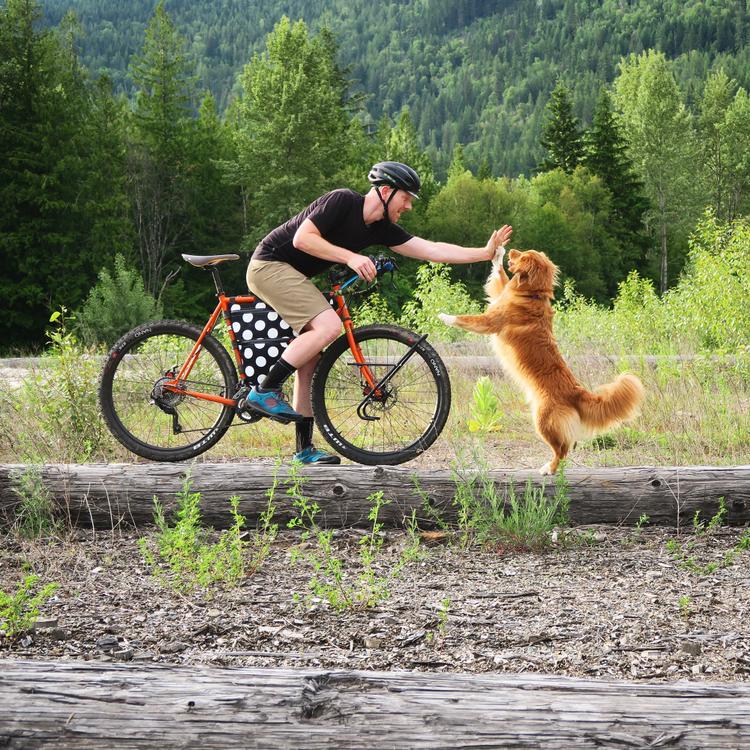 Here comes the weekend again… make like Morgan and Denver and give someone a high five!