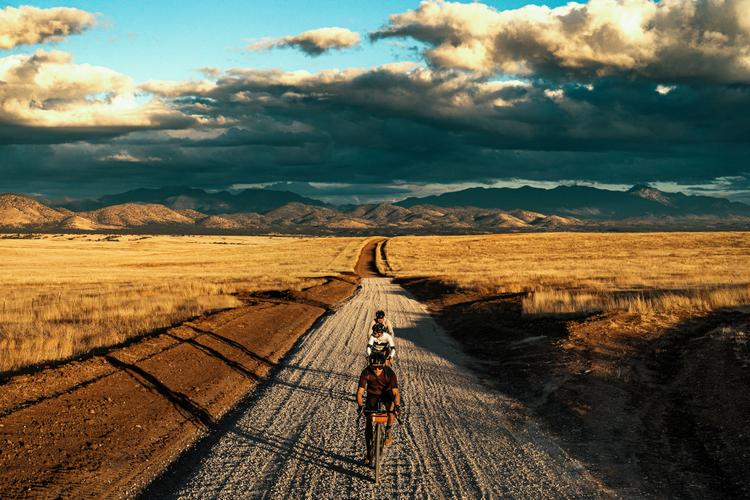 In October of 2021, I pulled my truck into Patagonia, Arizona for the very first time. I had no real agenda (other than ride bikes, take photos, and sample the local draft list), and no inkling how important this place would soon become in my story. Spotting the liveliest-looking spot in the 1-horse town center, I walked over and was promptly greeted by Heidi Rentz Ault – “Are you here for the Grand Opening?” She was talking about Patagonia Lumber Company, the new bar, music venue, and coffee house cooked up by her and her husband Zander Ault. The doors were due to open for the first time in 1 minute, and by pure luck I became customer number 1. The kind folks at the bar then pulled me an IPA from nearby Tombstone, Arizona.

72 Hours in Patagonia, Arizona is the latest project from The Coyote Collective in collaboration with Ventum Racing.

“If you’ve stepped into gravel cycling lately, chances are you’ve heard of “Patagonia.” No, not that Patagonia. This small Arizona town, nestled 18 miles north of the US-Mexico border boasts some of the country’s best gravel roads, breakfast burritos, and community gathering spaces.”

Next week, we’ll be featuring a full photo gallery and project backstory from the Coyote/Ventum team, so stay tuned!

Last summer, we featured The Coyote Collective’s Fastest Known Time attempt to link all the 14,000-ft. Peaks in California under human power. Now, we are proud to share their short film documenting the journey, A Study of Self.

“Hypothesis: The California 14ers could be linked up by bike in under 9 days, covering 800 miles of riding, 100 miles of running, and nearly 100K of vertical gain. In August 2020, we set out to test the hypothesis, starting from Mt. Shasta. Charlie, Jonny, and I rode our bikes, and Colin and Nick followed along in the van, filming and having an adventure of their own. We didn’t know how things would unfold, only how hard we’d worked to make it all come together, and how much fun we were having figuring it all out with our best friends. We were field testing our lives — planning out a route and diving headfirst into bikepacking. We were taking a chance on something we believed in.

Was our hypothesis correct? Did we break the speed record and find fame and glory? Check out our scientific beatdown in the first film project from The Coyote Collective, “A Study of Self: Methods & Madness.”