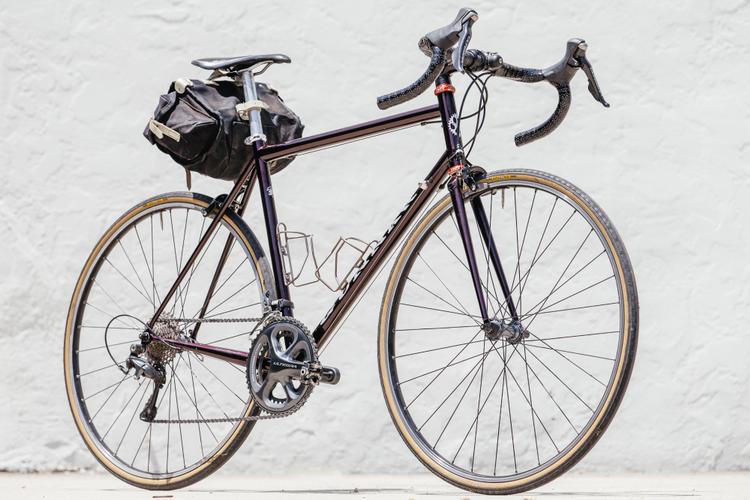 Made in Waterford, Wisconsin at the Waterford factory, Gunnar has something for everyone in their catalog for sometimes half the price of other US-made frames. Their bikes range from off-road tourers, to all-road bikes to classic road bikes like their Roadie model. With clearance for a 28mm tire, stainless vertical dropouts and a geometry fit for either fast rides or even racing, the Roadie is a die-hard road frame. Some people might race on it, but a majority of customers will buy it as their go-to road cycling frameset.

Matt‘s Roadie is built rather uniquely. Sure the Ultegra group is pretty standard, but his Salsa Cowbell bars, Ruffy Tuffy tires and Carradice bag imply something more. That and that funky Michelle Pfeiffer as Catwoman in the Michael Keaton Batman movie bar tape just adds a bit of character. It’s hard to say where I’ll see Matt on this bike, but knowing him, it’ll probably be somewhere (high) in the mountains with some burritos stuffed into his saddle pack, waving a Mudfoot flag.