Deane Parker‘s newest bikepacking film brings you along for a ride on the stunning Kōpiko Aotearoa, a 1,100-kilometer route across New Zealand’s North Island. See the wonderful sights, meet the locals, and share in the physical and mental challenges of this bikepacking adventure.

Join Deane and Rose on an overnight bikepacking trip. Starting from the heart of Christchurch around the extinct volcano of Lyttleton Harbour on Banks Peninsula. Starting with a chairlift from Christchurch Adventure Park and finishing with some of the parks groomed singletrack.

“We got slapped by Mother Nature above the bush line and dragged our butts like popsicles into Ghost Lake hut as the full ferocity of a storm hit. This scuttled a chance to do the full out and back but we still ended up with riding 104km of the gnarliest sections twice! The few who had booked for this mid week period must of canned due to the forecast. We essentially had the trail to ourselves except for the toiling of the Old Ghost Road trail crews. An unforgettable way to celebrate 48 times around the sun w a couple of super mates…”

Two friends take off on an early winter impulsive 3-day backcountry touring trip on the Amuri and Hope passes, with hopes to link the two into a maybe un-ridden loop. Many river crossings and a high hike to bike ratio meant for Type 2 fun all the way. 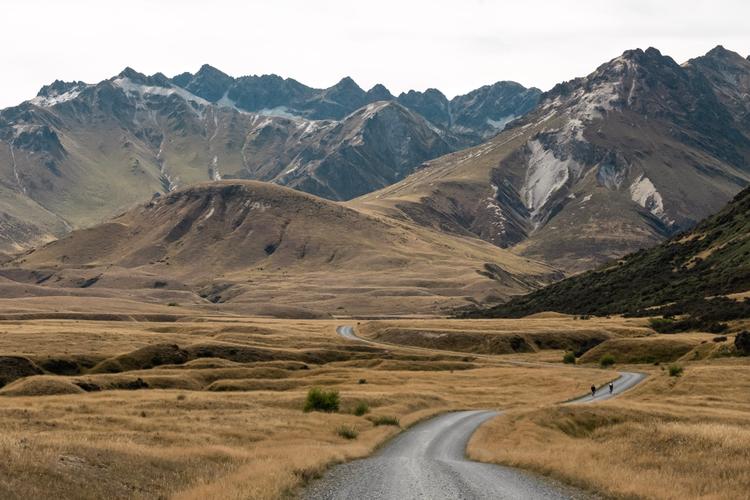 There is something in the mountains, a kind of magic that from the beginning of humanity has exerted influence in our history. They have been adored as gods in different religions, they have forged cultures and inspired their stories, and even countries have been formed and developed around them. New Zealand is one of these countries.

In November 2019 Damian Stones and Mike Anderson set off to the Marlborough Sounds across the top of the South Island in New Zealand in search of challenging trails on their gravel bikes. The weather forecast was less than ideal but due to time restrictions they decided to commit to this journey with the idea that, ‘surely, it can’t be that bad.’ This film was aptly named Mākū due to the adverse weather these riders faced during this 4-day adventure.

‘Forgotten Highways’ is a film of documenting self-supported travel bike bicycle and cultural discovery set in the Whanganui District of New Zealand.  The film is a journey through a challenging landscape following the historical trails to and from one of NZ’s most significant rivers (or Awa).

The Pike 29 Memorial Track was built as a living memorial to the men who died in the 2010 Pike mining disaster. Watch what it takes to build a $12,000,000 trail in New Zealand.

Forgotten Highways looks at some of New Zealand’s most breathtaking scenery along the Whanganui River, Explored by Mountain Bike and Packraft.

Deane Parker sent over his latest video, showcasing some epic terrain in the familiar, yet foreign landscape of New Zealand.

The Craigieburn Forest Park has many trails, follow 3 friends over the highest line in the park, and around a circuit in the heart of the Craigieburn Range. This is backcountry bikepacking to the extreme.

Deane Parker recently took on a 250km bikepacking trip in the Canterbury high country of New Zealand and has a nice video short showcasing the tour.

The South Island of New Zealand is such a beautiful place. This video highlights a gravel tour of the West Coast Wilderness Trail.

Fluid Trails follows a group of friends as they navigate New Zealand’s Kahurangi National Park, via mountain bikes and packrafts. The landscape is one of immense awe and inspiration with a rich history and a rich cache of biodiversity.

Join Anita and Caro Gehrig as they ride the trails of Whakarewarewa Forest in Rotorua, New Zealand, in prep for the 2019 Enduro World Series.

The top of the South Island of New Zealand has rapidly become a destination for backcountry cyclists. Like all good ideas, this one, to ride the Old Ghost Road and Heaphy Track in one grand loop, was thrown about over a few beers in a bike shop in Richmond, Nelson. Two riders, Damian Stones and Erik Hall completed this 6-day adventure in mid-winter on gravel bikes. Recent snowfalls and a first bike packing trip for Erik, made this journey all the more challenging. 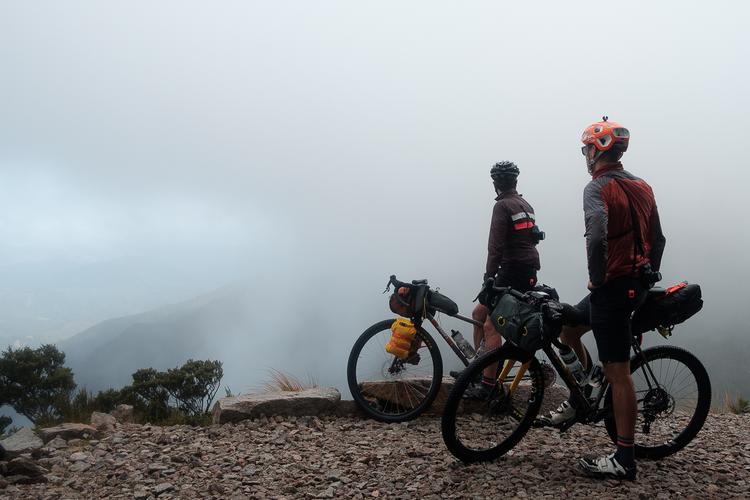 I said to my friend Jesse one day I’d love to do a weeks riding in either New Zealand or Tasmania. Straight away he rolled off a heap of trails he’s got pilling up, as he’s got an encyclopedic brain for good riding and always keen to head out. After no persuasion at all there was myself, Jesse, Teef and Joan at the airport in Melbourne boarding the red-eye for Nelson, South Island New Zealand.

The route we’d planned was a seven day, 600km loop around the Kahuranghi National park—taking in The Old Ghost Road at the south and The Heaphy Track at the North. Fuelled mainly by fish and chips, stout beers and more single track than you could shake a stick at, we saw the best of nature, the friendliest people and an amazing network of eco-tourism.

I’d also get the daily distance wrong by at least an hour, Joan would look handsome in every photograph and we’d get rained on for the last 10km. And probably more fish and chips. A big thank you to The Cycle Shop in Nelson for graciously looking after our stuff while we pedalled around, Curve Cycling for making very fun bikes and our friends at Rapha Australia.

See our route at Ride With GPS.