This one’s for all you big guys… 60cm of Mosaic SSCX fun. 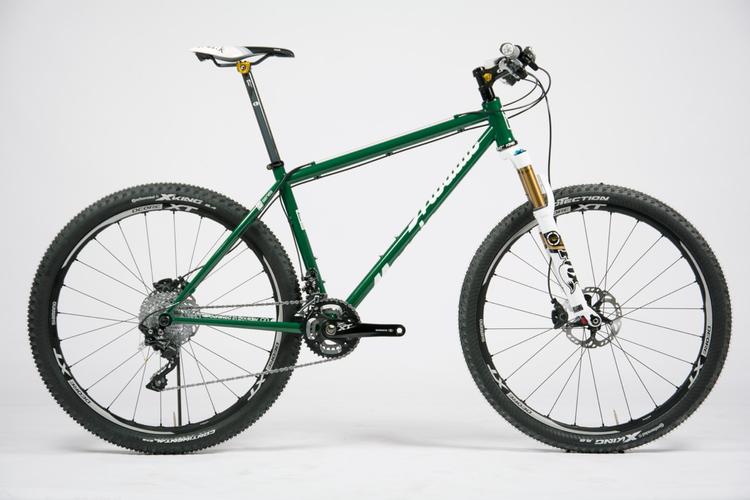 Check out this charity Mosaic is throwing for the National Inclusion Project:

Mosaic Cycles is teaming up with Shimano, Fox Racing Shocks, fi’zi:k, Continental Bicycle Tires, Crank Brothers, and Lizard Skins to create a 27.5” wheel mountain bike that will benefit The National Inclusion Project. The Bike will be on display at the North American Handmade Bicycle Show in Charlotte North Carolina March 14th with the show through the The Pro’s Closet. 100% of the proceeds raised will go to The National Inclusion Project an organization that was founded in 2003 with the mission of working with and supporting groups across the country that open doors for ALL children to learn, live, and play together.

The idea for a charity bike came about soon after NAHBS 2013. “While working for fi’zi:k I frequently visited Aaron Barcheck and Kevin Batchelor at Mosaic and the thought of making a bike for a charity came up in conversation and they were 100% behind the idea.” Said Joe Anderson. “When I mentioned my son had recently been diagnosed with Autism we decided to select a beneficiary that assisted children with disabilities all over the country, The National Inclusion Project fit the bill.” Anderson continued “Every company I contacted about contributing to this project said yes without hesitation, all the parts, time, and labor were donated.”

Bid on this bike over at the Pro’s Closet eBay store.

See more photos of this 27.5 shred sled below!