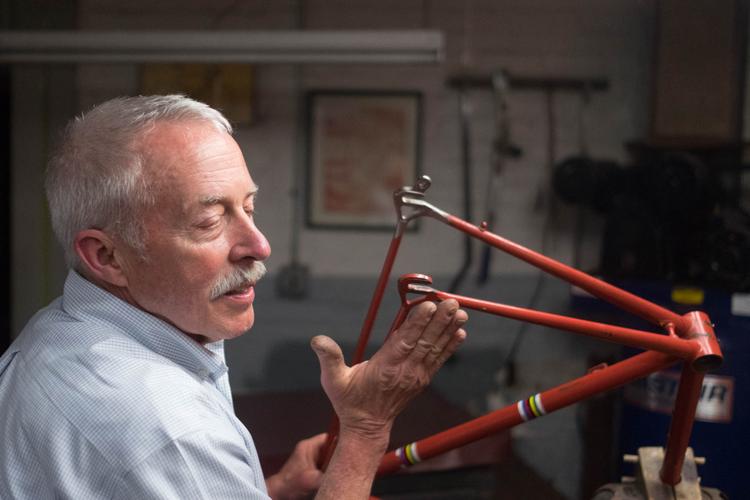 Chris Kvale is a humble perfectionist, every stroke of his file and pass of his torch honed the last forty years.  When I walked into Kvale’s studio, I couldn’t hold my focus, everywhere I looked there was something that snapped my attention away from what I was gazing at moments prior. 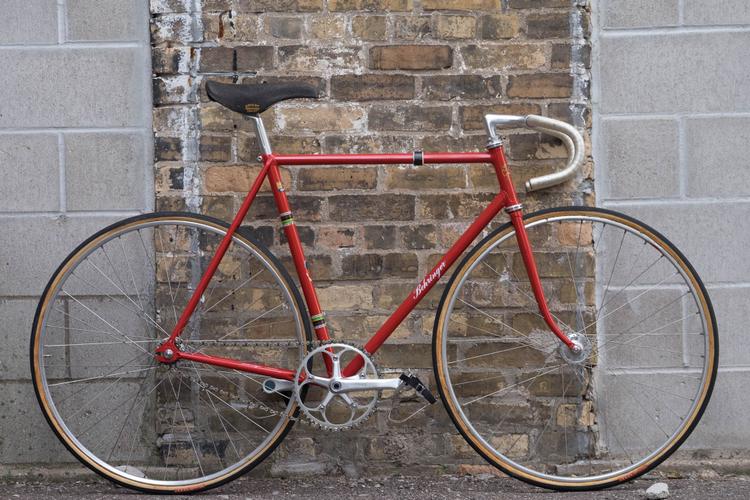 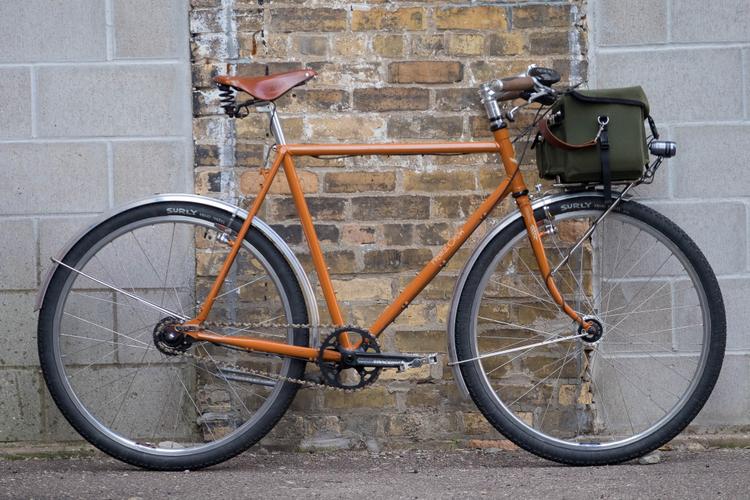 Prairie Crow Bikeworks makes one beautiful bike.  Based out of Minneapolis,  Alex specializes in custom and limited run bikes, he had this shred-muter at the show.

I love touring style bikes that can handle larger rubber, the Surly Knard/Velocity Cliffhanger combo really makes this bike capable of riding off the beaten path.  From the IGH rear hub to the Dynamo front, Supernova front and rear lights, front rack and swept Metropolis bars, this bike can handle much more than just commuting.

More and more capable bikes are being created every day, this bike covers all the utilitarian needs of getting around Minneapolis, but can handle having some fun along the way.  There are a lot of beautiful touches on this bike, it’s full lugged construction, the asymmetrical cable hanger, and the seat cluster.  The mix of no nonsense parts from the Paul Components canti, MKS Pedals, and Cane Creek 110 headset should keep this bike running for years to come.  Check out more over at Prairie Crow Bikeworks. 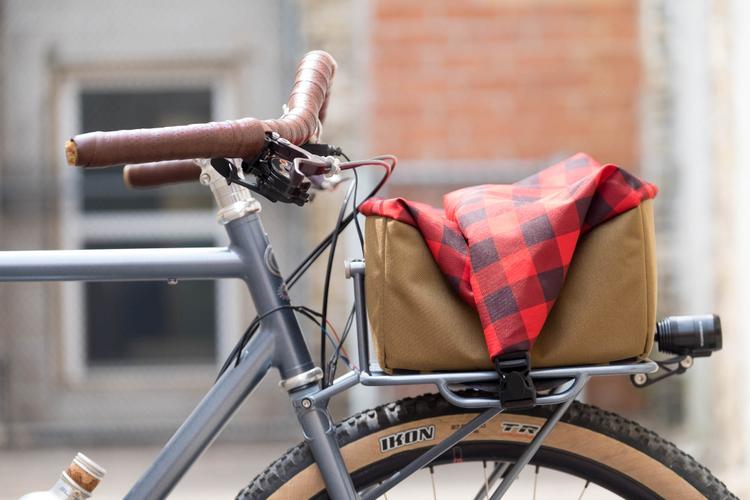 You’ve probably seen Clockwork’s bikes before: Joel shaped steel for Poppi’s romantical dirt droop 29’r, which was featured here on the Radavist in 2015. While at MinneCycle I was able to check out this rad bike that came together for the Tour Divide with some pretty special extras. Those include internal dynamo wiring, sliding dropouts, and a custom made rack with a unique decaleur and a quick disconnect.

Oddity made a pretty wild bar for multiple hand positions and longer days in the saddle, so naturally, it made its way onto this build. A White Industries rear hub and SON Dynamo front hub should have this bike service-free for the entirety of the trip and then some.

A Box Components drivetrain and Paul Klamper brakeset round out this gorgeous build. The sleeved internal cable routing should keep things tidy while on tour and should something happen, still remain serviceable. All in all this is one hell of a clean bicycle that is full of features to make life easier when you’re out there. Check out more at Clockwork Bikes. 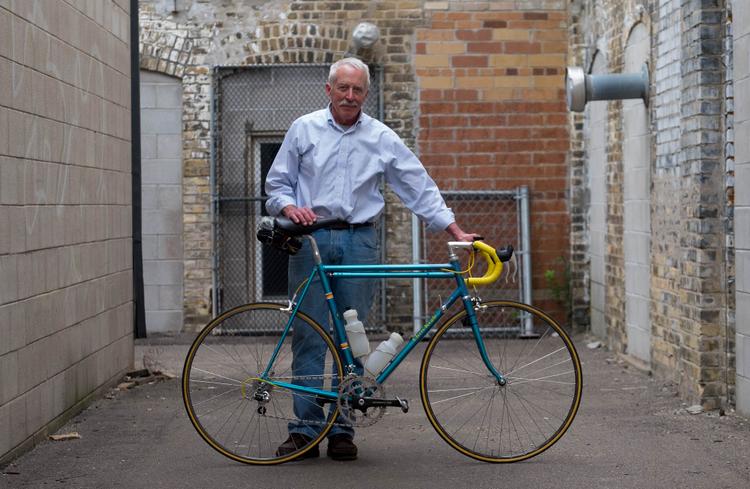 At the start of my trip to MinneCycle, I knew of Chris Kvale. His thin lugs are beautiful. He started racing bicycles at a young age. And these things you can see when you look at the vintage race aesthetic and precision in his builds.

I was able to get a small glimpse into his daily shop life right before he departed for his summer hideaway in Norway. Being that he’s Norwegian he’s extremely humble, and it was fantastic to have a mellow conversation about this beautiful bike. The Law of Jante keeps him reserved, and doesn’t let him romanticize about his process or his craft, but you can see a love he pours into each piece of steel he manipulates.

The way Chris takes extra time with each build – the bottom bracket, the DiNucci fastback seat clamp, his beautiful thinned lugs – Kvale is a true craftsman. He even makes his own tools, which I learned when I toured his studio right before he boarded the plane the next day. His workshop is always clean and extremely orderly and he still uses the same process he started with years ago. It was such a great experience to see his work in person. Check out more over at Chris Kvale Cycles. 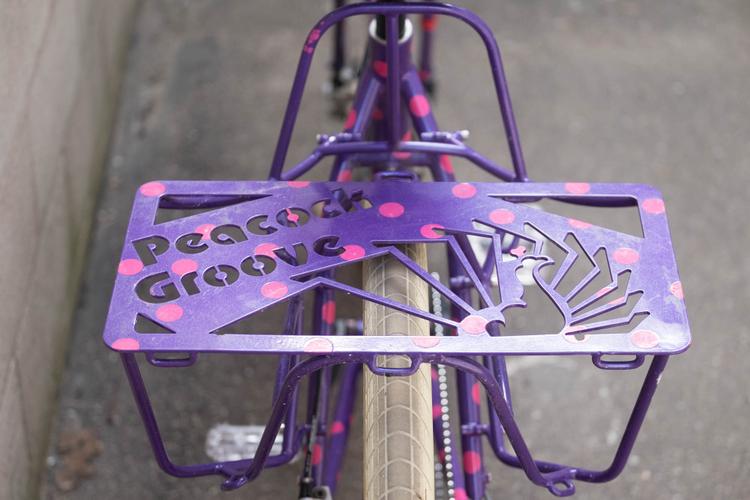 The deep custom approach is found everywhere on this bike, from the headset to the rear rack, Erik Noren, made it all.  Erik is an artist, and you can see that in every bicycle that he manufacturers.

To think that something like this can come out of his mind and be formed out of steel is incredible.  Where others see a zany cargo bike, I see a masterpiece, from one of the most skilled craftsmen I’ve ever met.  I only got a small taste of his operation while in Minneapolis, but as a long-time fan of his work, I hope to make it back to be able to document his shop. I can’t get enough of his deep custom bikes. 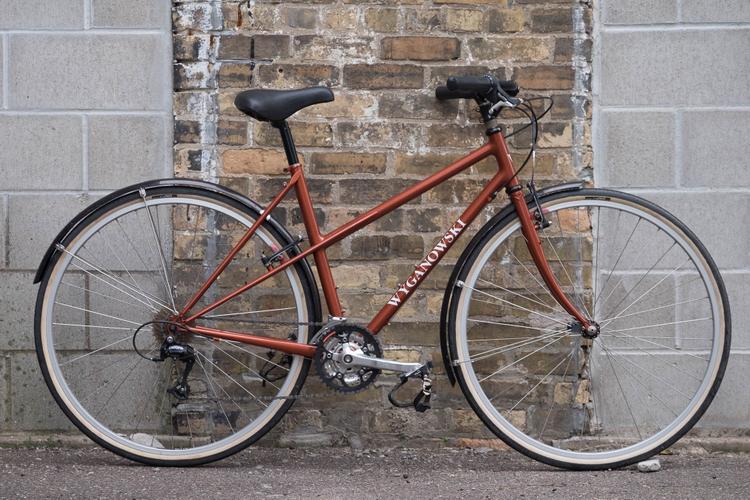 Paul Wyganowksi has a pretty unique build process, one that was passed down four generations of frame builders to him.  From the exterior of this commuter, it doesn’t seem that wild, until you look closer, the use of vents to open up the tubes and inhibit rust, the reverse “top eyes” used for the mid stays, the thinnest dropouts I’ve ever seen.

Finding all of the details on this bike was an enjoyable experience.  Extra attachment points, three sets of waterbottle bosses, fender and rack mounts, this mixtie can handle daily transit and then put on some gear for a weekend of touring.  The sedate lines and beautiful fillets, make for one special Mixtie that was built in Minnesota to last a lifetime.

Paul actually teaches a frame building class as well, continuing in the footsteps of the builders that passed the torch to him. For more information check out Wyganoksi Frames. 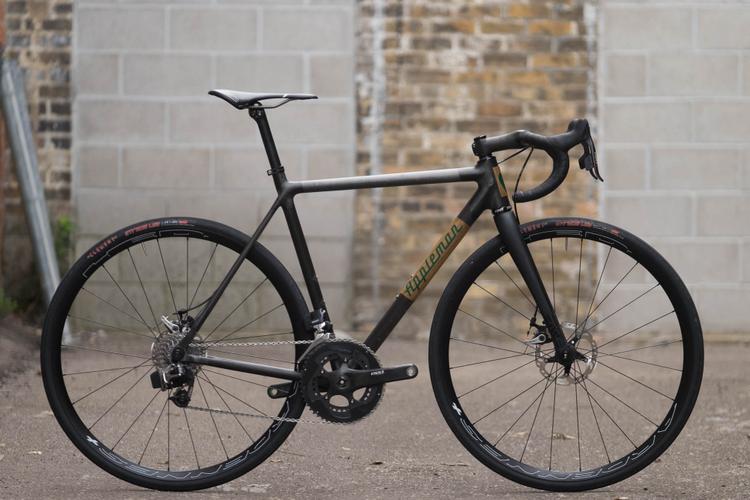 The way that Matt Appleman manufacturers his bikes is nothing short of stunning. He starts with Minnesota-sourced tubesets, custom designed around the rider, at which point they are bonded together to create a seamless frame, that is smooth to the touch. This process allows him to make adjustments based on each rider’s needs. To me, I like the raw carbon look and the difference between the tube and the joint. Something about this bike just feels handmade.

Wood inlays with seamless decals make up the panels, which have a classic road aesthetic. Not to stop there, he also molds his dropouts into an apple, for an added touch. I couldn’t get enough of this bike and its rawness. There’s something extremely appealing to me about the lack of derailleur cables and internal brake housing that make this bike look fast, just standing still. For more information check out Appleman Bicycles. 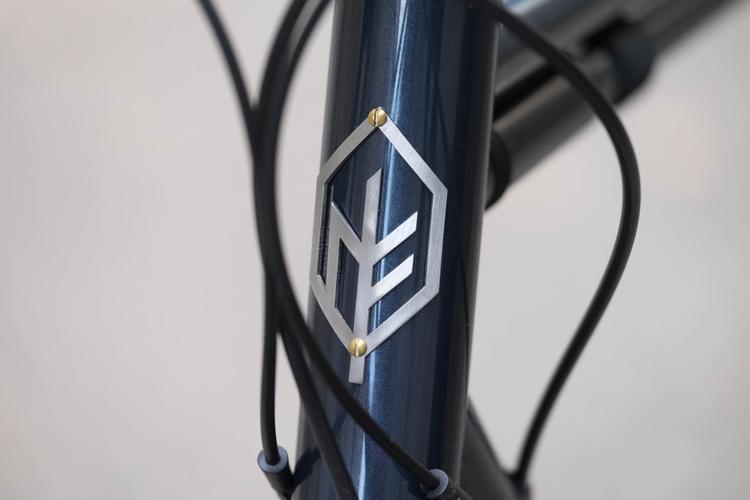 I first heard of Northern Frameworks when it was just a whisper. Josh from Angry Catfish and Alex from A-Train Cycles decided to team up for a new custom frame brand to be sold in-house at the shop. The first time I saw one in person I was stoked: custom made steel bikes that keep the Twin Cities proud.

Northern Frameworks produces a bike with clean lines, tailored fit, and brilliant paint. The build on this bike is just as good as the aesthetic though, sporting Dura Ace 9100 series components, painted to match fenders, pewter Chris King headset and an ENVE cockpit. Those Derby rims laced to White Industries CLD hubs, hand built by Haute Bacon, tie it all together. The internally routed hydraulic line is extremely clean and the T47 BB keeps this bike somewhat future proof should the owner choose to build it differently down the road.

A bike like this screams versatility (with an inside voice), as it’s not overbearing in any way, but can tackle several different types of riding pretty well. I can’t wait to get back to Minneapolis to see more from these guys.  For more info check out Northern Frameworks. 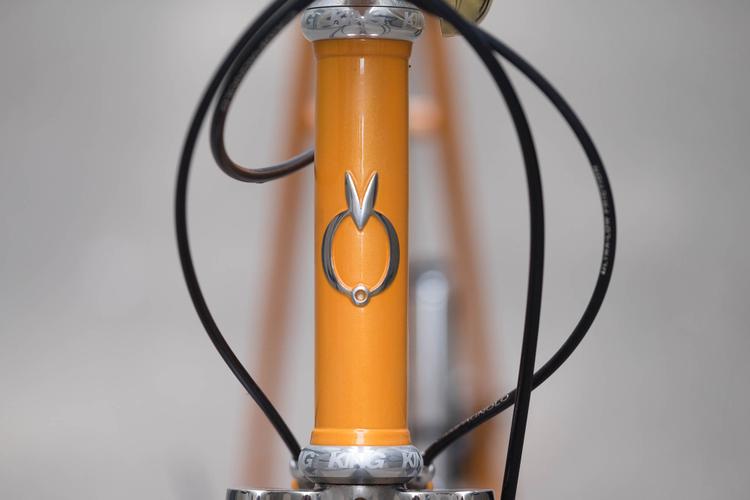 After I hopped off the plane and a short ride to MinneCycle 5, Minnesota’s handmade bicycle show, I waited out the harsh light and 90 degree temps outside by checking out the show inside.  One of the first bikes was this Dominguez. I wasn’t super familiar with Dominguez, but soon after observing this bike I wanted to be.

There is nothing mellow about this yellow bike, especially when you look closely, which I did!  The fully lined, internal cable routing, with some beautiful entry points into the frame, is what drew me in closer. Once I was there, I noticed things like the logo-less DT Swiss hubs, Campagnolo Chorus build – but most of all the frame details.

The mixture of fillet brazing and lugs to me was just the right amount of both. The way they integrate into the frame elegantly so as to not take away from each other really caught my eye. Scalloped seatstays and the slightly offset front brake housing – so as to not rub the headtube – were the final nails in this killer build. Check out Dominguez Cycles for more.