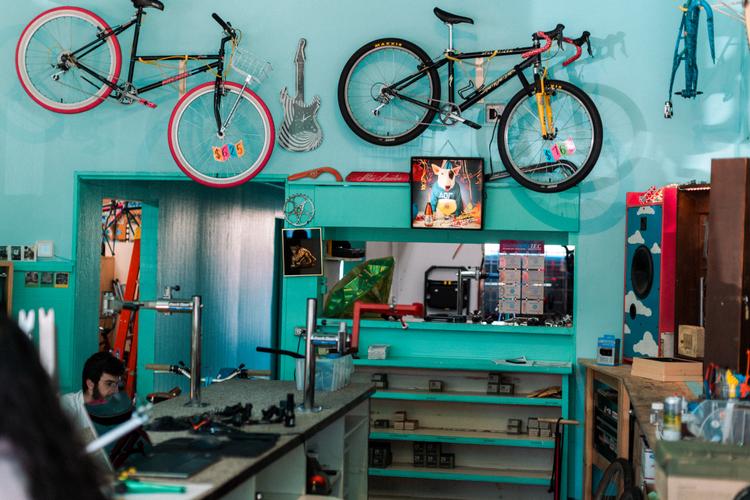 I met Alex when he was probably 15 or 16 years old in our local Santa Barbara bike shop Velo Pro. I had recognized him from punk/hardcore shows and I vividly remember him wearing a Minderaser shirt. He came up and was like “what’s up dude I’ve seen you at shows I had no idea you were into bikes!” After that he and I became close friends and over the past 10 or so years I’ve watched him and his wife Erin get married, open two businesses, and have a child. These two not only have, but live, that DIY lifestyle they are no bullshit about anything and it’s been awesome to watch. As soon as they told me they were opening a bike shop next to their barbershop I knew it would be something special. They’ve curated a style unlike anything seen in Santa Barbara and have built an entire community around the bike shop. It doesn’t matter if you’re a gravel grinder, BMX wheelie kid, or a commuter you will be welcomed into the Boom Boom family. If you’ve never been to Boom Boom Bike Room just imagine the video of Bad Brains playing CBGB in 1982 as the intro to The Big Take Over is starting and then the entire room explodes. That’s the energy that Boom Boom is putting out in our community! 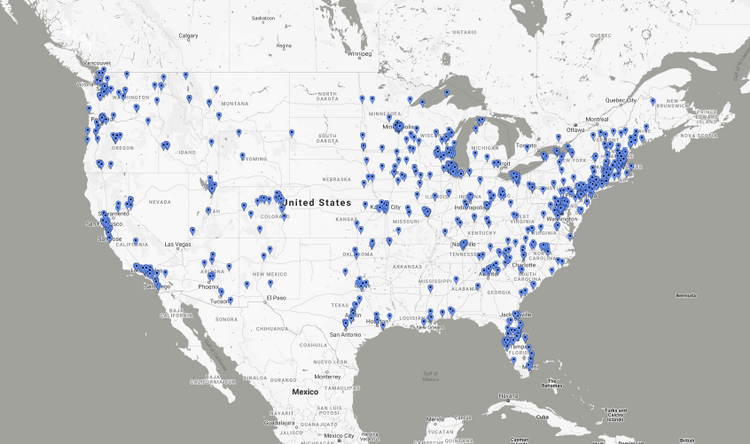 With bike shops for the moment being listed as essential services, many shops across the US have remained open. Chris King and Portland Design Works have joined forces to make this interactive map, which shows you what shops are open in what states and cities across the US. If you want your shop on this list, sign up at the Bike Shop Operations Update and see more info at Portland Design Works.