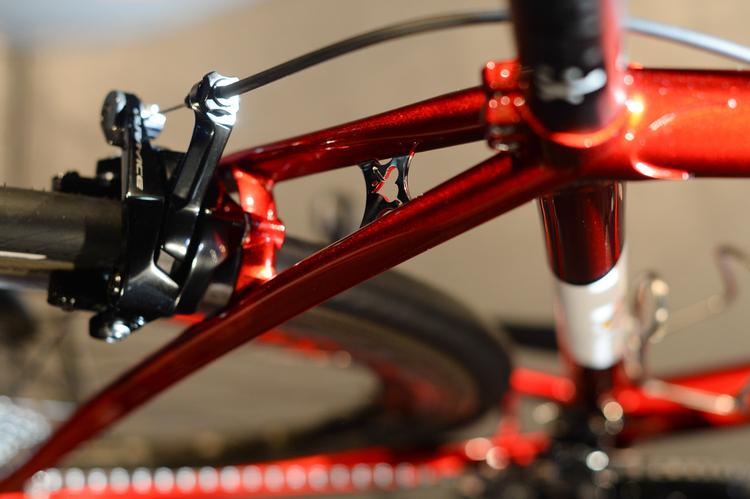 Darrell from Llewellyn‘s work was first introduced to me by Andy White of FYXO on one of my first trips to Australia, somewhere around 2010 or so. I had never heard of his work, much less had seen it in person, so at the time, I was completely blindsided by Darrell’s craftsmanship. If you were to ask me for US-based frame builders who share a similar craftsmanship, Chris Kvale, DiNucci and others come to mind but there is something different about a Llewellyn and it’s not easy to put a finger on it.

Granted, Llewellyn has only been building since 1979, and the others, as stated above, have been around only slightly longer. Darrell Llewellyn makes steel bikes and steel bikes alone. He’s built for numerous Australian national athletes, was an Olympic mechanic and had a hand in the early days of NAHBS.

Andy from FYXO has quite the stable of bikes. In fact, I may be the only living American to ever visit his “man shed” and it’s pretty rad. This bike however, is my all time favorite. Classic Australian steel. See more of Andy’s Llewellyn at FYXO!