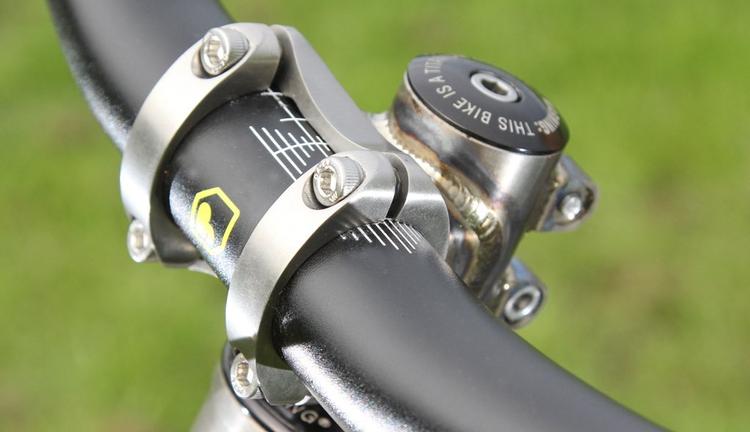 Kingdom Bike, the manufacturer of rowdy titanium mountain bike frames announced their newest product, a shorty MTB stem called the Ronin. These stems are available in a 31.8 or 35mm clamp, in 35mm and 40mm lengths and in a raw or polished finish. The Ronin comes in at 135g for the 35mm and 140g for the 40mm, and like all good things, it features titanium fixings. 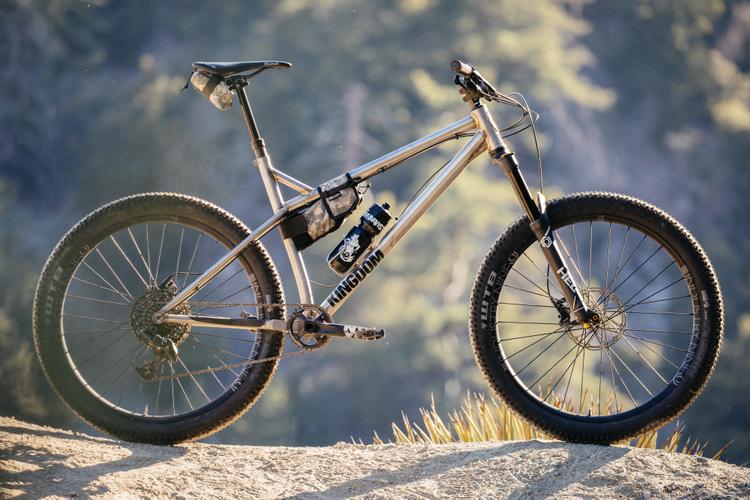 One of the challenges of writing about and riding bicycles is finding your flow. Sometimes both just seem to propel themselves, and other times you hit a dead end. Luckily, my time on the Kingdom Vendetta X2 was not the latter. Rather, upon the first shakedown ride, I knew I was going to love riding this bike because of one reason: specialization.

Now, hardtails, while simple in their form, come designed for many specific uses. Within this realm of mountain bikes there is an endless combination of design and geometric tweaks, resulting in a bike that can either be tuned for a broad spectrum of riding, or a very specific niche. All this goes without saying, but you can design a hardtail that will climb exceedingly well and descend like a three-wheeled skateboard. Or descend like a banshee and climb like a one-legged pig. While most of these experiential data is subjective, a few key features are just straight up objective.

Currently, the cycling industry is at an all-time low, as in, the bikes are longer and lower – which is a good thing, but there’s a tipping point. A bike that rides well going up as well as going down, is going to have to strike a balance to reign supreme on the mountain. Luckily, that’s where the Vendetta rules in the Kingdom of mountain bikes.