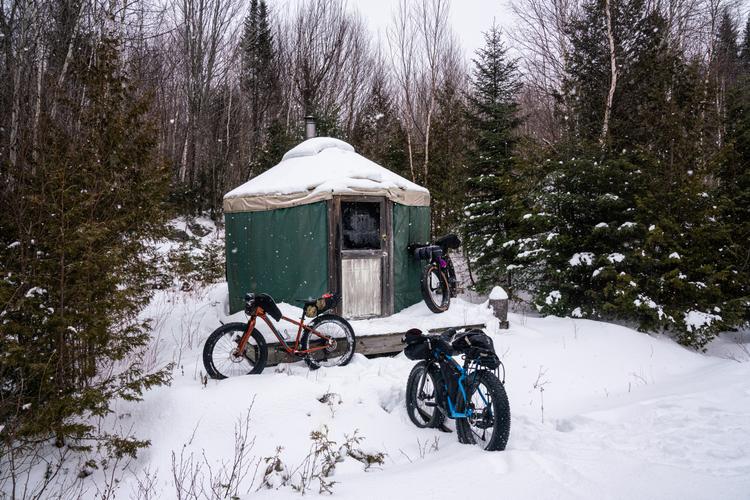 My friend Seth Levy, an obsessive bicyclist of the most masochistic variety, relentlessly tried to get me to fatbike with him when I lived in Maine in the mid-2010s.

“But I don’t like being cold, and I’m not a cyclist,” I explained. Maine’s long winters were glum, wet, and frigid. I preferred being in front of my wood-burning stove. And improved weather meant rock climbing.

Ignoring me, he enthused that I could ride fat-tire bikes all year round.

“Fatbikes open up so much more terrain for winter AND summer,” he explained. Yes, Maine has long winters, but also long springs “filled with mud, wet rocks and sloppy dirt roads,” perfect for a fatbike, not to mention great terrain to ride in the summer (aka “black fly season”).

“I’m not a skilled mountain biker, but I can do things with a fatbike I didn’t know were possible,” he added. “A steep hillside covered with roots and rocks becomes something you can ride up with a fatbike. Plus it’s such a new sport. Nobody is good at it!”