Anyone who hangs their cross bike on the wall when season ends is missing the point. A cyclocross bike is one of the most well-rounded rides you can own. I’ve said countless times before that my Geekhouse Mudville is my favorite bike I own. If only because I’ve made so many fond memories while riding it, in pain, covered in sweat, hating life, on a ride, not racing it.

For some reason, I never once thought to beef up my bike post-season. Well, I did, but I couldn’t fit my Bruce Gordon Rock and Road tires on it – the derailleur hanger clamp gets in the way. That was well over a year ago however.

Ok, the real reason why I never monster cross’d my cross bike is because there aren’t a whole lot of 40c cross tires on the market. In fact, just the other day I was planning on buying some of Surly’s 41c Knard tires when these 40c WTB Nano tires showed up in the mail.

Geekhouse is having a spring cleaning, which means they’re selling some demo frames. Head over to their blog to check out the sizes available.

A few of my favorite things: Colonel EH Taylor Bourbon and my Geekhouse on a sunny Friday… After seven weeks of sobriety I’ve been taking it easy with bourbon. I’ve had a few glasses over the past week, but I’ve learned to enjoy it.

I don’t know why I’m posting this, all I know is I dropped a lot of weight not drinking for a month. Like down from 200lbs to 180lbs. It’s insane…

David at Death Spray Custom has been painting forks for people all over the world, for what is quickly becoming the “Fork You” series. He always gives me shit about having purple bikes, and in one email he asked if I “thought I was Prince” – which quickly became the theme for this German rain camo inspired design. Before I could even argue, he told me I was getting “Purple Rain”.

David’s process on something like this must be maddening. Especially masking off every little marking over his Dark Sky Horizon fade and with the Death Spray on the inside of the fork legs…

Originally, I was going to save this fork for an upcoming project, but I thought it would look sinister on my Geekhouse Mudville instead. I do travel with, ride and shred this bike more than anything else in my stable. Personally, I think the worn and tattered powdercoat of my Mudville contrasts the funky DSC design, especially with the Chris King purple headset and bottom bracket.

Last Friday, I rode with some friends out to some trails here in Austin, jammed around a few hot laps, with my camera in a hip bag and took a few minutes to shoot this bike in the late afternoon sun… 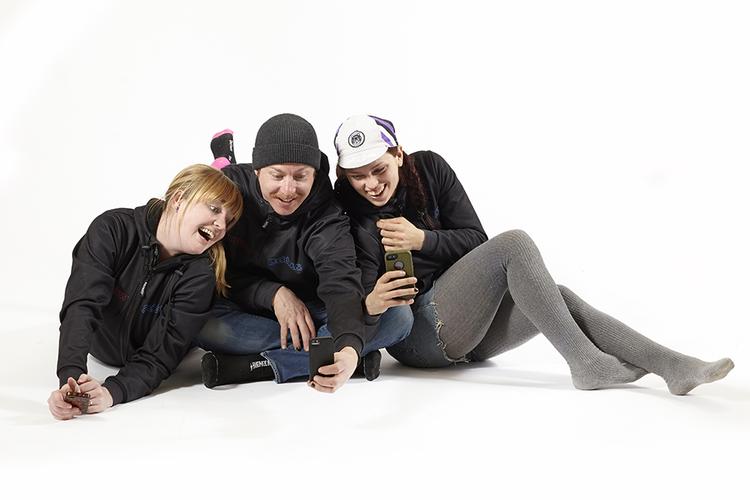 Each year at NAHBS, I love how much Geekhouse steps their game up. From brightly-colored fixed gears and track bikes to classic tourers and race-ready cross bike. This year, Geekhouse is unveiling their new Hopedale Disc. By partnering with SRAM, Vittoria and Selle Italia to lace out the builds.

Since it is the North American Handmade Bicycle Show, Geekhouse chose 100% made in the USA tubing, with a mix of True Temper’s S3 and OX Platinum, along with Paragon Machine Works “Low Mount” disc dropouts.

For me, the most notable detail on the bikes are the paint jobs. The paint uses a two-step process. All three show-bikes have a powder-coated base, and then Jordan Low masterfully applied wet paint in geometric patterns. The artwork, done by Adria Klora, was inspired by the Geekhouse HQ (yellow), dazzle camo (blue), and the Zakim Bridge in Boston (red).

The yellow Hopedale Disc will be heading to the owner of Cooks Paint Works in Japan, via Blue Lug Bicycle Shop after the show. The red Hopedale Disc belongs to Kyle B., in Texas, which he gave as a 30th present to himself. The blue Mudville is an extra special bike though, aside from the paint and HED wheels, SRAM Force, and Thomson components, this machine is going to someone close to Geekhouse.

View these bikes this weekend – Geekhouse Bikes is exhibiting at the North American Handmade Bike Show at booth #400.

For those who won’t be in attendance at NAHBS, each bike is highlighted in details through the lens of Heather McGrath. See all three of Geekhouse’s offerings in the Gallery!

I can’t see a pattern like that and not be reminded about Mark Rogowski Gator skate decks! Stephen’s Geekhouse Mudville Cross is so wicked. See more of this beast at the Geekhouse blog. 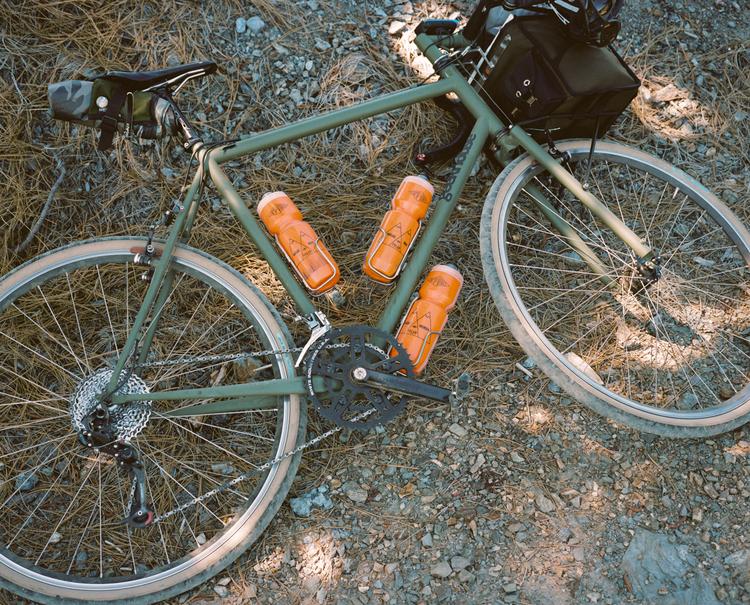 The winter is the time of year to camp in Austin. Some of the Beat the Clock Cycling club guys and I will be spending the weekend camping and riding a nice loop I put together in the middle of hill country. While I doubt I’ll be maxed out in gearing like I was in this photo, there will be a lot of climbing and a lotta dirt. I can’t wait!

Regular posting will commence on Sunday but I’ll be posting to Instagram @JohnProlly all weekend!

Ok. I just want this photo to be on the front page of the site forever. Geekhouse’s ‘cross kits were a huge hit this year so they decided to put up a pre-order for those who are interested in adding a few pieces to their cycling wardrobe. They look damn good. Adria really did a great job!

Unfortunately, no one will look as rad as Cait but you can still pre-order at Geekhouse. 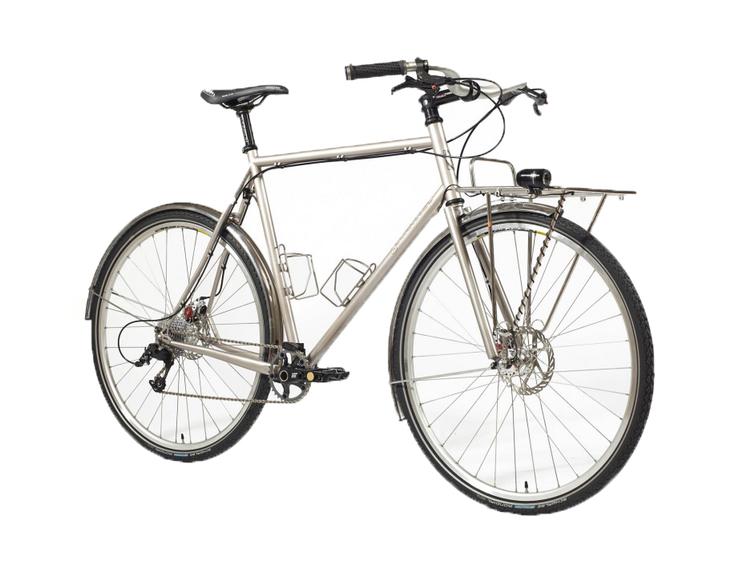 The Brentwood is by no means a new offering from Geekhouse, well, not officially yet. Last year, they debuted this new porteur bike at NAHBS and soon enough, with the launch of their new site, the Brentwood will have its own page in the Geekhouse catalog.

For now, head over to see more photos of this clean and tidy bike at the Geekhouse blog!

When I first met Marty at Geekhouse, he told me the very same thing: “Mountain biking is what first got me into cycling way back.” Here’s the second hardtail I’ve been looking at over the weekend and it just so happens that this one, like that Firefly is also from Boston.

He’s working on a batch of five, so put your order in. The Wormtown 29’r features 410mm stays, 142×12 axle, cut out seat tube and yes, those bright Geekhouse powder coats. Check out more at Geekhouse!

Geekhouse has really embraced the fade paint job and it seems like Blue Lug is eating it up! Head over to the Blue Lug Flickr for more photos of this beaut!

The guys at Geekhouse have some brand new bottles and caps in stock, so head over to their store and check them out!

You probably remember this post from last year’s NAHBS. I called it Head Shots and Head Tubes. It still, to this day, gets constant traffic and while I’m very happy with the execution, what the post lacked was a story, or a background to the faces and crown races you’re looking at.

Check out a preview at Bicycling Magazine and download the app here!

Geekhouse has really nails the brightly-colored bicycle and while I prefer my Mudville as black as they come, some people love the neon. Take NB from Blue Lug‘s new Team Mudville… Now getting dirty in Japan during this year’s season. See more photos of this bright beast at the Blue Lug Flickr! 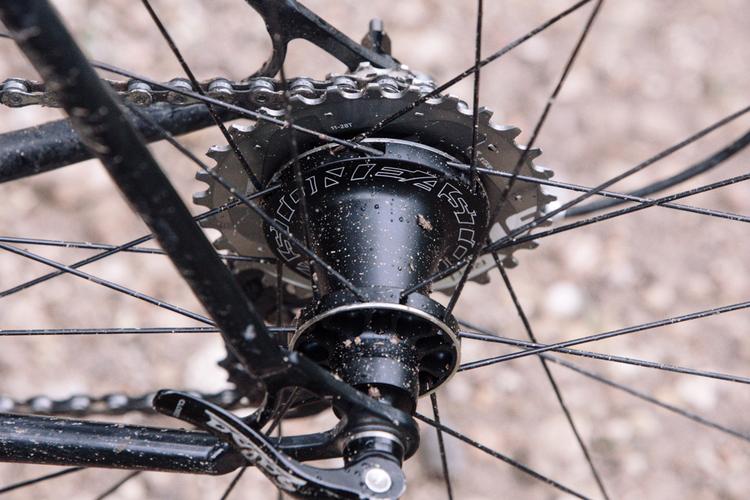 For me, nothing beats a 32h 3x wheelset for my cross bike but after talking with the guys at Easton about their new EA90 SLX tubeless race wheels, I was willing to try a set out.

While these can be used for road or cross, I have no desire to run them as road wheels. Tubeless rules for off-road riding, especially if you live in an area with a lot of rocks, roots and thorns. Why? There’s no pinch-flatting. The latex sealant also keeps trail debris from flatting your tires. Around this time of year in Austin, the thorns get blown and washed onto the trails, leaving you with at least one flat per ride if you’re not careful.

Check out more of my Initial Reaction to Easton’s EA90 SL tubeless race wheels below and more photos in the Gallery of my dialed-in Geekhouse Mudville, race-ready (for all who have asked). 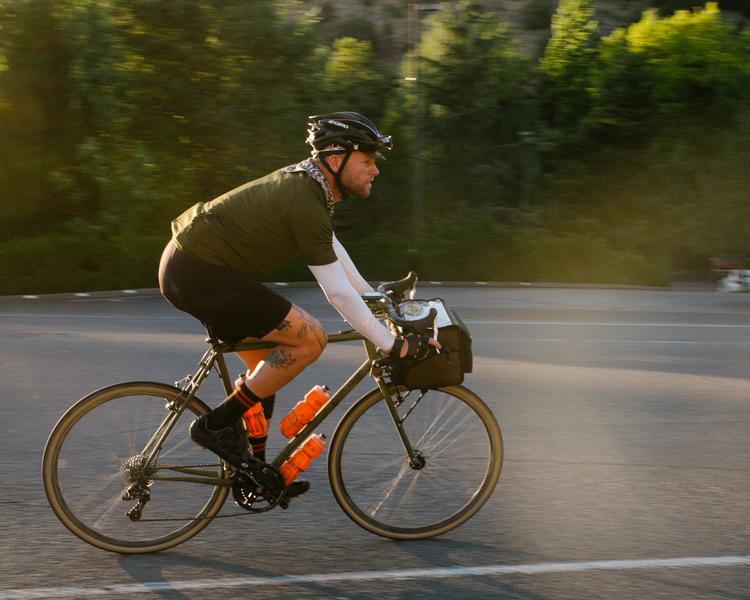 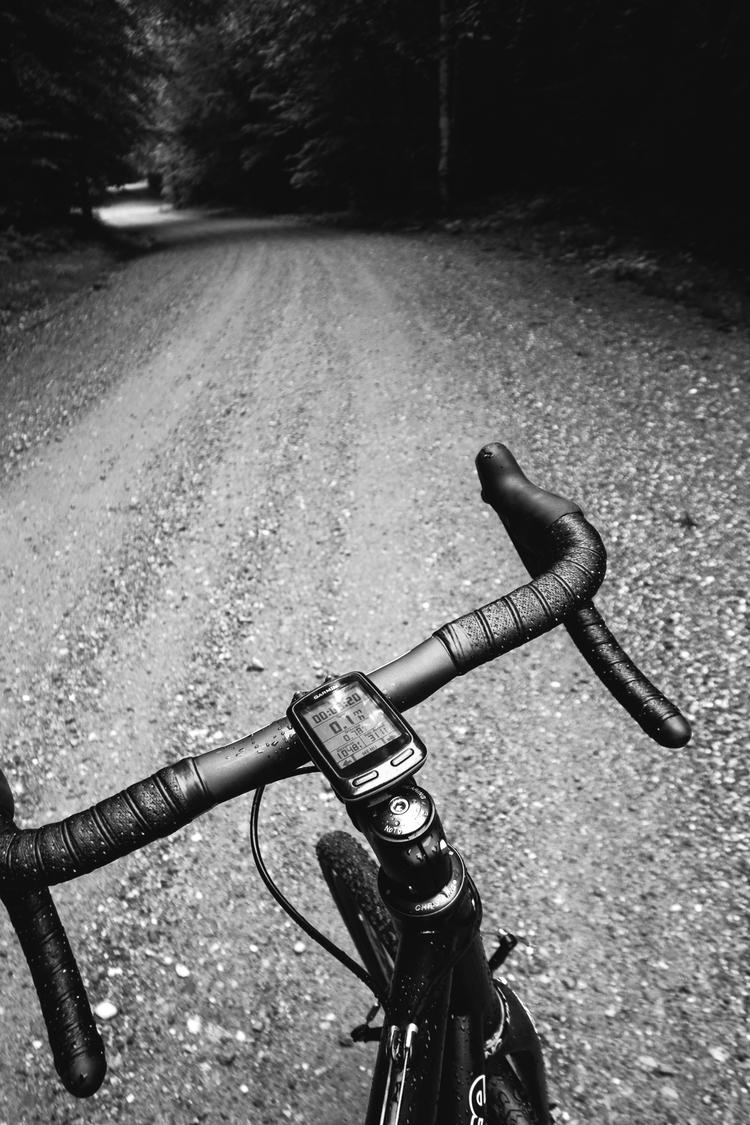 My childhood winters and summers were spent on the Canadian border in Vermont. To this day, a majority of my dad’s side of the family lives in the Green Mountains and their foothills (Vermont actually translates to green mountain in French).

After a 17 hour drive yesterday, my mom, Lauren and I arrived at my aunt’s house. She lives on the top a hill that as we were driving up it last night, all I could think about was bombing down it and consequently riding back up on my Geekhouse Mudville.

This morning, like an excited kid on Christmas, I kitted up and headed down to the main road before turning around and climbing back up. My plan was to do it four times, but neighboring hunting dogs kept me from more than two intervals.

These country roads are amazing. Most of which are closed during the winter months and are straight out of an “epic” ride video. Even though I’ve only got two days up here in the mountains, I’m planning on sneaking a ride in tomorrow morning before heading to Burlington on Friday for the JDRF ride with my mom and brother.

Remarkably, I’ve got wifi in the middle of nowhere, so I’ll do my best to update the site as events warrant. 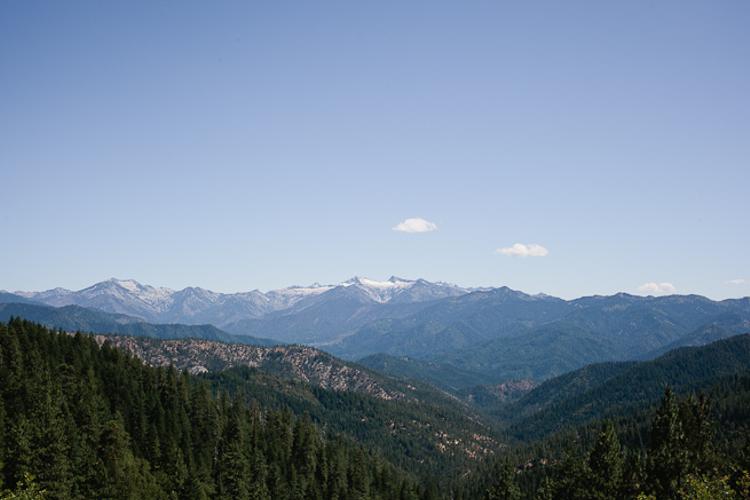 If you’ve been following me on Instagram, you’ve probably figured out that we made it. It was tough, but fun. For such a large group to finish the ride without any major issues made it even more enjoyable.

The State of Jefferson, at least what we saw of it, truly is mythical. We ended up totaling 233 miles and over 17,000′. In true Brovet spirit, we stopped a lot, swam in rivers, streams, waterfalls and dirt napped when necessary. We flew down frontage roads, chattered our teeth on ruts, lost water bottles, found water bottles, avoided rattle snakes and drank lots of water…

More to come, but for now, catch up on some more photos on my Instagram, where I’ve linked to all the accounts who were also on the ride.