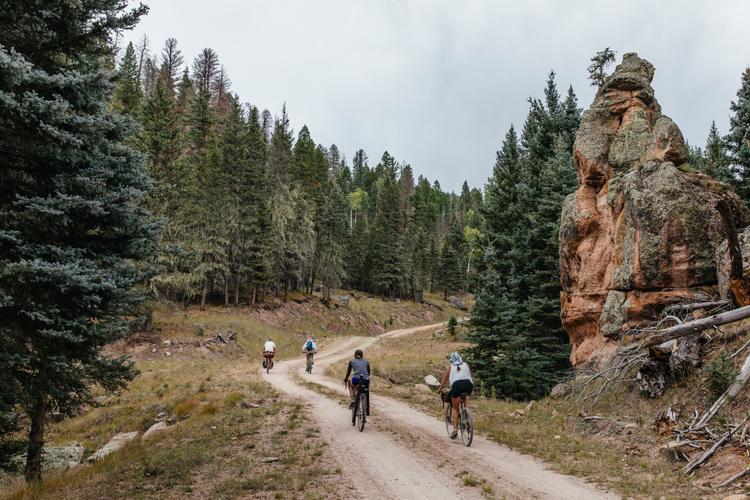 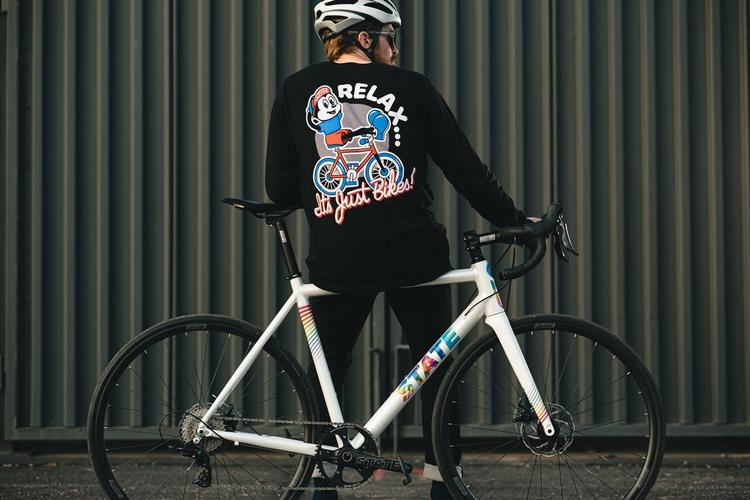 State Bicycle Co offered up a sneak peek at its new Undefeated Road bike with a fancy tie-dye and pearl paint job. These new framesets have been re-engineered with Y9 aluminum which is 6061 aluminum with added titanium, resulting in a new alloy composition that allows for the thinnest possible wall thickness to be used. And yes, while the new bikes look great, we’re really excited to see those new shirts hit the market too! Check out the new Undefeated Road disc road and track bikes and the “It’s Just Bikes” shirts at State. The BMC URS AL ONE is the most affordable in the URS line at $2,599, which saves hundreds over the URS ONE carbon chassis model ($2,999). What’s interesting about the two models is the aluminum URS has a slightly different geometry, due to the tubing used and the URS AL ONE has a size XS available. Check out all the details at BMC. 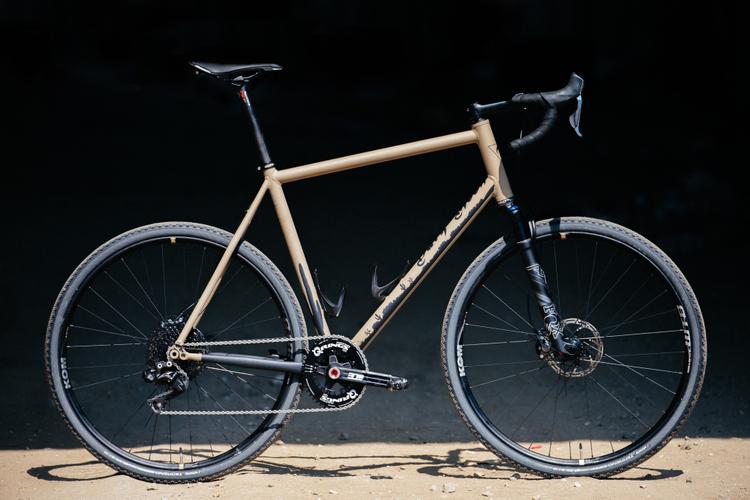 Last Sunday brought about the LA Handmade Bike Show and in attendance was LA’s newest frame builder, Carlos from Dark Moon Fab. Along with a hardtail similar to Jimmy’s, and a few road bikes was this all-road featuring the Fox AX “all road” fork. The aluminum frame’s geometry is tuned to run the AX fork, which will offer more compliance when the going gets rough and eat up some of the stiffness aluminum tubesets provide. Stiffness that might be desirable on a road or track racing machine, but might beat you up a bit on rough and rugged roads.

The paint is in actuality cerakote, a ceramic coating that goes on much like paint, but offers a more durable finish than a matte, flat, or semi-gloss wetpaint. Carlos masked off a desert landscape as well as Dark Moon’s branding in the material, making for one slick bike.

Have you ridden the AX fork? What are your thoughts? Share them in the comments! 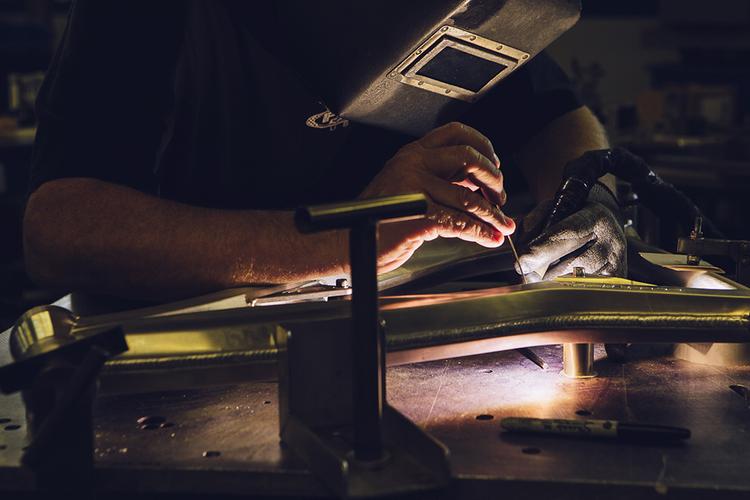 Brent Foes is no stranger to metal fabrication. He began working in the automotive industry, designing trucks and other off-road vehicles for brands like Ford and Nissan before he opened Foes Racing in 1993.

Since then, Brent’s been pursuing the perfection of the long travel system (LTS) mountain bike at his shop in Pasadena, California, where, over the year’s he’s had race machines under some of the fastest pros in the world.

His bikes are no-nonsense trail machines. Most of the work is done on-site and Brent welds each frame himself. At Interbike last year, Foes unveiled a 27.5 XC machine that weighed 23lbs complete. That’s light for a full sus MTB, much less one that’s made in the USA.

Last week, I had the opportunity to tour the Foes facility before picking up a bike to demo, meet Brent briefly and see the man at work. It was an incredible experience and one that I’ll outline in the Gallery!

If you’re in the market for something different, contact FOES for your next build! 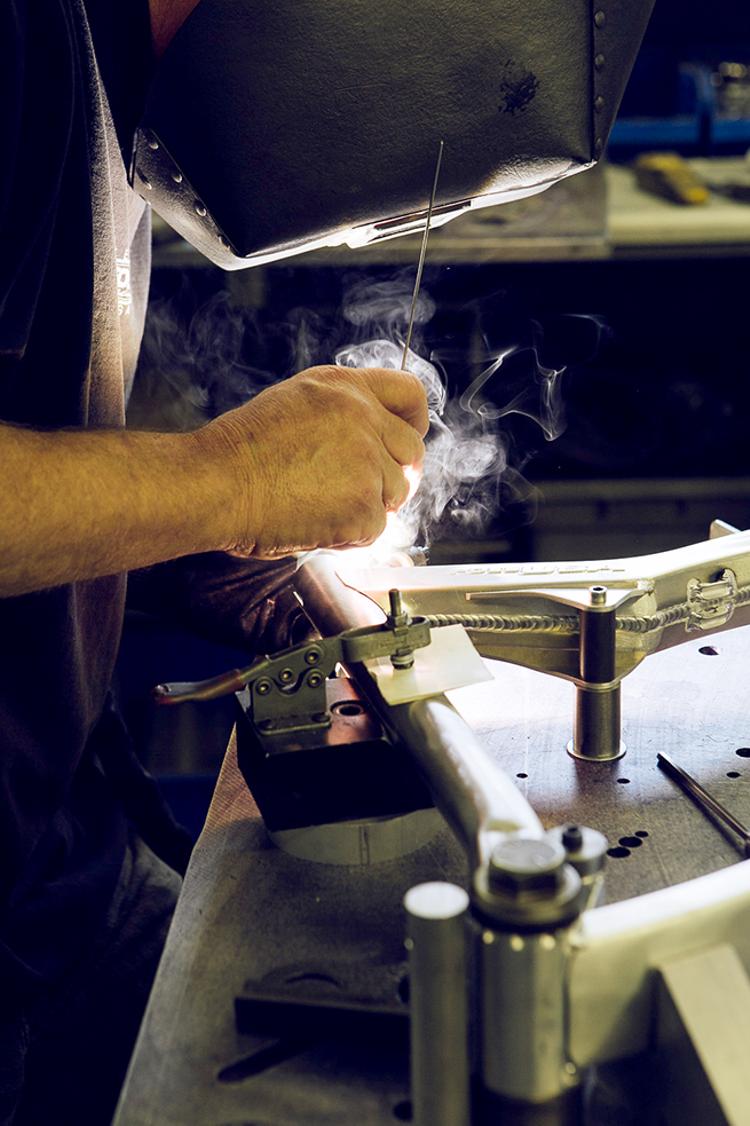 Today I went over to Foes Racing USA to pick up a demo bike and to check out their operations. Brent has been making MTB frames from aluminum in Pasadena since the early 90’s, so it was an honor to see him at work. I’m still going through all the photos from today, but expect more shortly!

Right now, I’ll leave you with this portrait of the man himself at work.