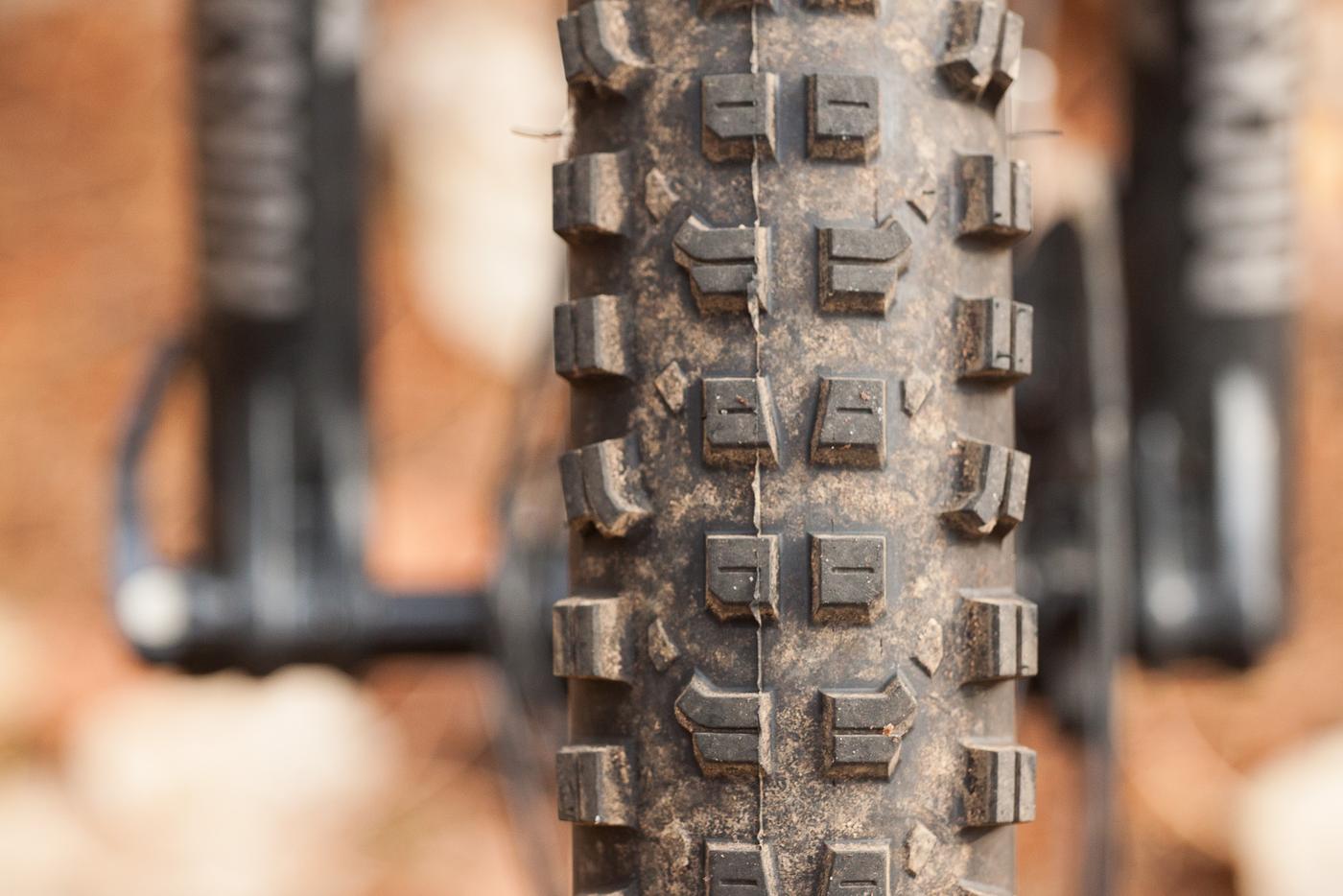 I’m not going to get away without laying down some bad puns here. Sorry if that’s not your thing. 27.5+ tires have really blown up this year. Just look at this year’s NAHBS galleries. You couldn’t swing a cat without hitting a 27.5+ hardtail out there.

Last year, in my long term review of the Surly Ice Cream Truck, I casually mentioned that I thought this bike was a good candidate for a 27.5+ conversion. John told me he had a pair of WTB Scraper rims that had yet to be built up and, with a promise to keep my mouth shut for a while, Surly sent me a proto pair of their now-available 27.5 x 3” Dirt Wizards. 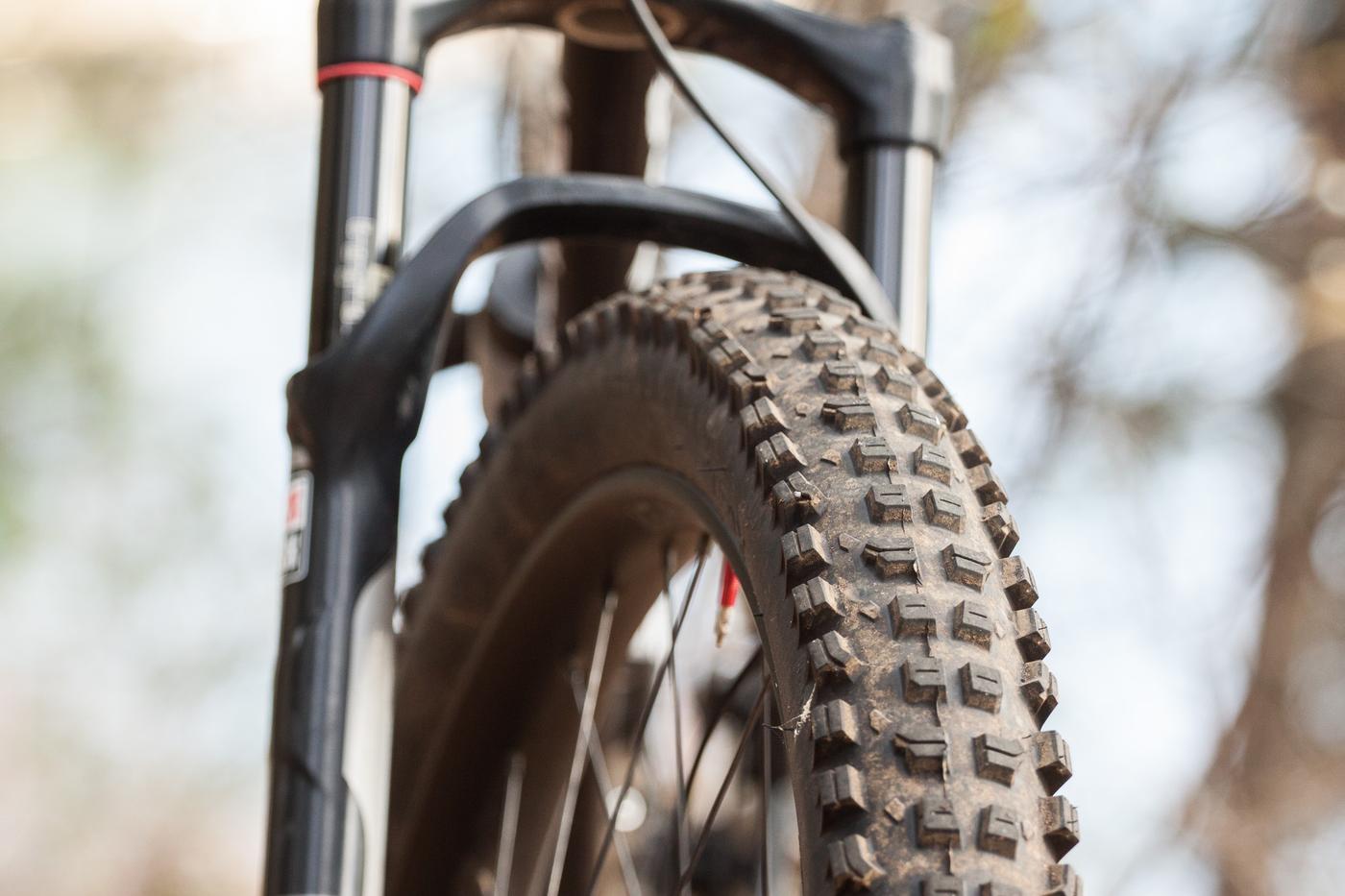 The 27.5+ Dirt Wizards both weighed in at a hair under 1225 grams. Heavy by mountain bike standards, light by fat bike standards. Nice thick sidewalls and big, gummy tread blocks. Promising. John surprised me by having Mellow Johnny’s lace the rims to a pair of Industry Nine fat bike hubs and the project was underway.

Mounting the Dirt Wizards tubeless went like this. I pulled out my worn out, ten-year-old floor pump, and pumped them up. Ping-ping, the beads mounted without complaint. Swapping from the 26 x 3.8” fat bike wheels, the Ice Cream Truck was transformed into a trail smashing hardtail that I spent the entire summer and fall riding. 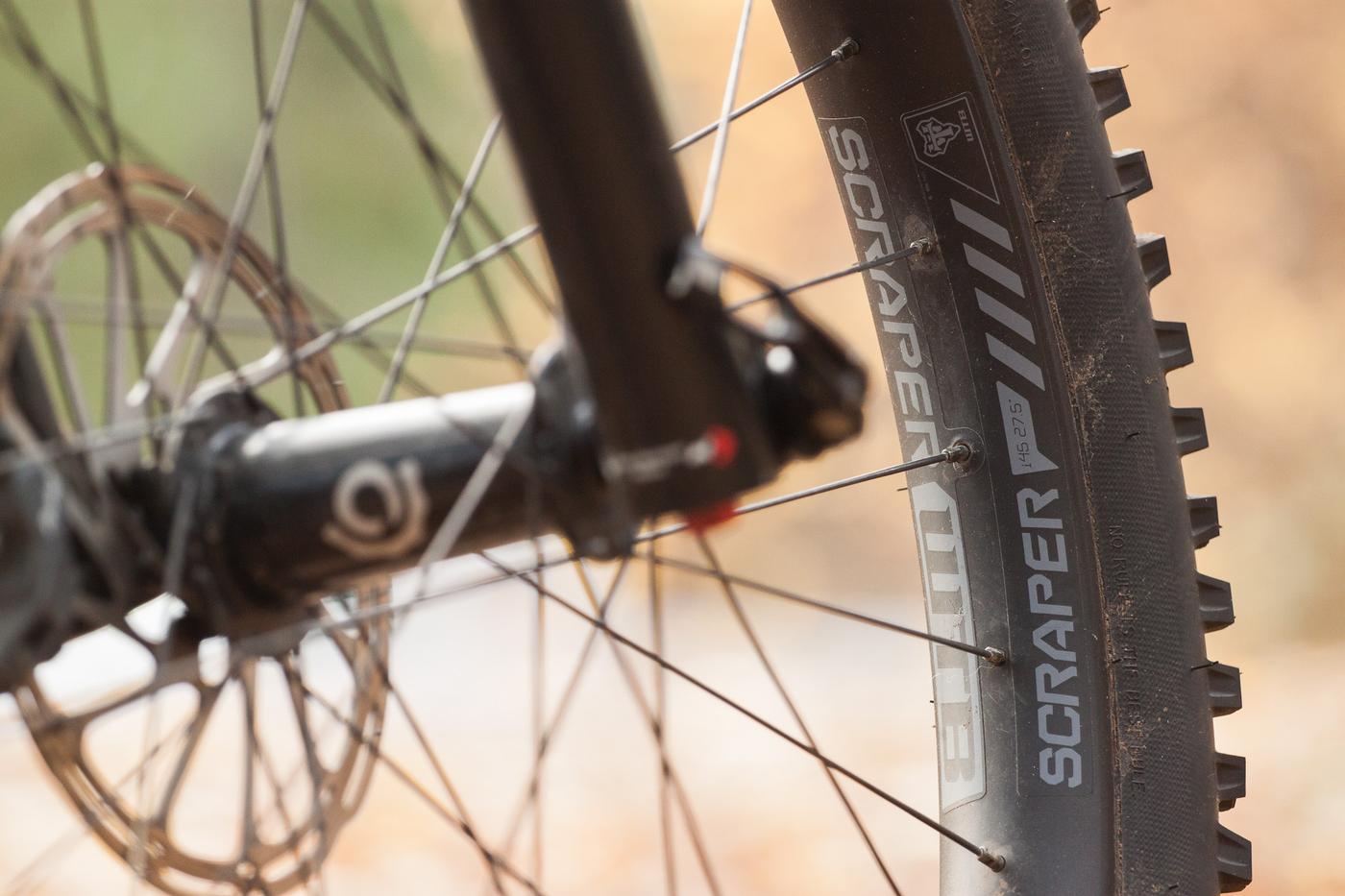 One of the first plus tires to market was Surly’s 26 x 2.75 Dirt Wizard, touted as a tire that you could run in a 27.5 frame to enjoy the benefits of increased volume. I’ve ridden that tire on a few occasions and am non-plussed by it. Actually, that’s too nice of me. I don’t like that tire. Tightly spaced, hard knobs that don’t wrap around the casing far enough.

The 29 x 3 version was highly anticipated by the Krampus crowd looking for a Knard alternative, and it was not a disappointment for adventure riding. More traction than a Knard, and great as a front tire in combination with one. It came in two versions: a 120tpi with firmer rubber, and a 60tpi with softer rubber. The 27.5 Dirt Wizard continues the progression, skipping the firm rubber, producing a trail shredding feel similar to a super tacky downhill tire. 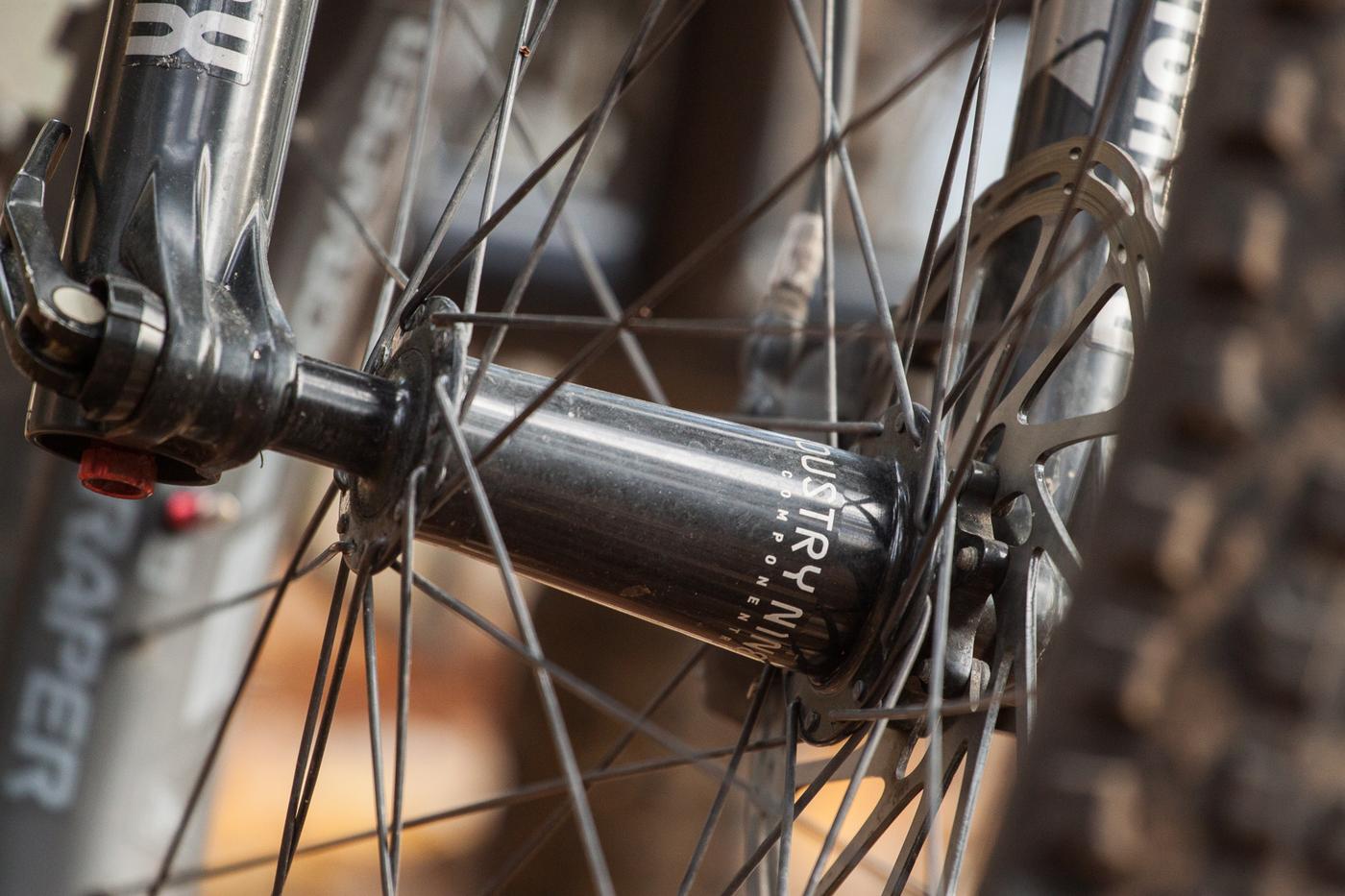 I have ridden a lot of plus tires over the past couple years, from Surly’s first efforts to WTB’s Trailblazer adventure tire to the wafer thin and traction-light thousand-gram tires on mainstream production plus bikes today.

Here’s the problem. The 27.5+ tires that have been available so far equate to extra-large XC tires. Basically no tread, and sidewalls so thin they necessitate over-inflation to avoid flats and weird riding characteristics. The result? Kind of like putting fast XC tires on a longer travel trail bike. Bouncy and gripless. Not great for actual mountain biking. 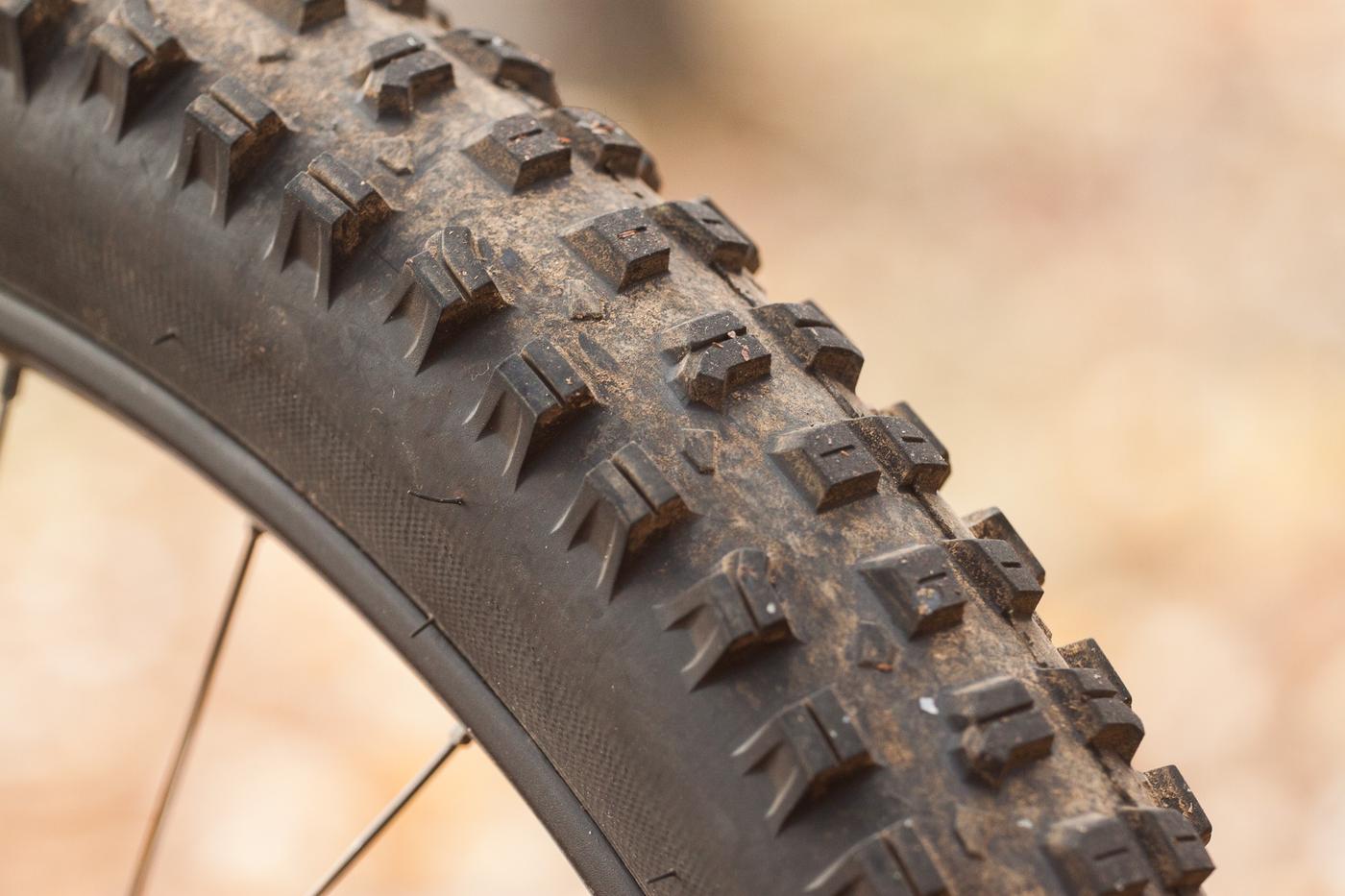 Watching mainstream mountain bike magazines review plus bikes with first-effort tires from companies that make trustworthy tires for normal mountain bikes, I noted a theme: plus tires were panned for their thin sidewalls and inability to provide cornering grip. These tires became the limitation that an entire genre of bikes was judged by.

I get it. OEM suppliers are tasked with making tires that product managers will buy in mass quantities for bikes that end up in showrooms around the world. Heavy tires don’t sell bikes, but as it turns out, light tires do make for bad reviews. Of entire bikes. Bummer.

When 27.5 mountain bikes hit the market hard a few years back, we were lucky. There was exactly one tire with a trustworthy casing and enough grip to be used in technical terrain: the Maxxis HR2 EXO 2.3. This is still a trustworthy tire today – not a trait I’m likely to give to the pile of 2.8 and 3.0 tires we have been presented with over the past couple years. 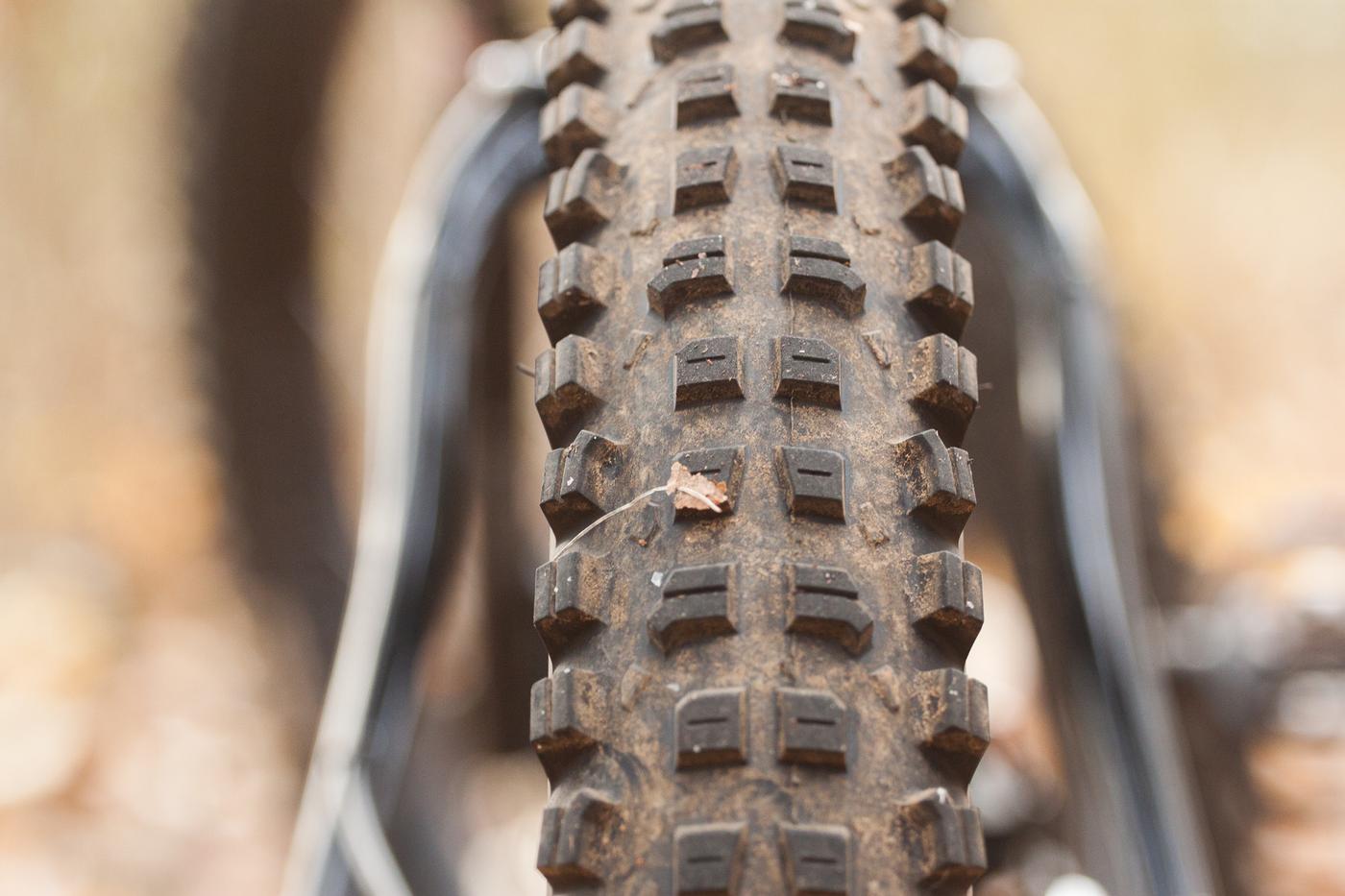 If the Dirt Wizard 27.5 x 3 had been the only tire available as the market became flooded with bikes from bigger manufacturers, I feel like the reviewers’ tune would have been different. This tire grips amazingly, and is happy at 15-18 psi even when pushed hard. I keep just enough pressure in the rear tire to avoid having the side knobs contact while riding up fire roads. The thicker sidewalls and sticky rubber provide damping which is a welcome contrast to the basketball effect produced by thin sidewalls and high pressures.

At the other end of the scale, I’m sure the weight is of concern for some. If we expect these tires to perform as well as aggressive mountain bike tires, they’re going to have to be some amount heavier. Maxxis and Schwalbe are both making enduro race tires with sturdier casings, yet neither makes a plus tire with such a casing. The Dirt Wizard 27.5 x 3 is the first truly confidence inspiring tire available in this segment.

Tires can really make or break a bike, and it’s too bad that there aren’t more tires like the 27.5 Dirt Wizard on the market. We deserve to be able to run less than 20 psi and not have our tires fold over. The bikes are out there and we’re ready for tires to match. 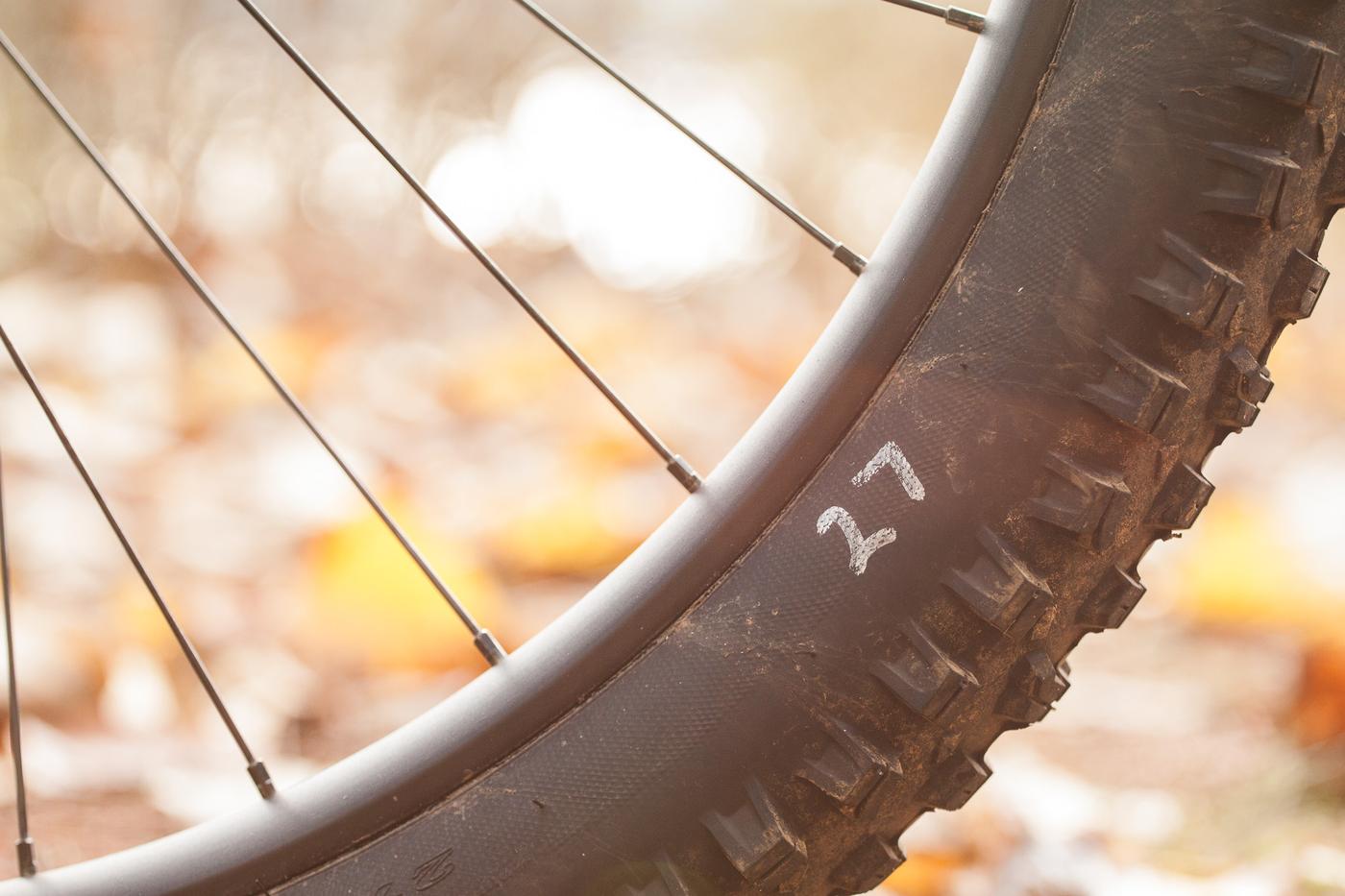