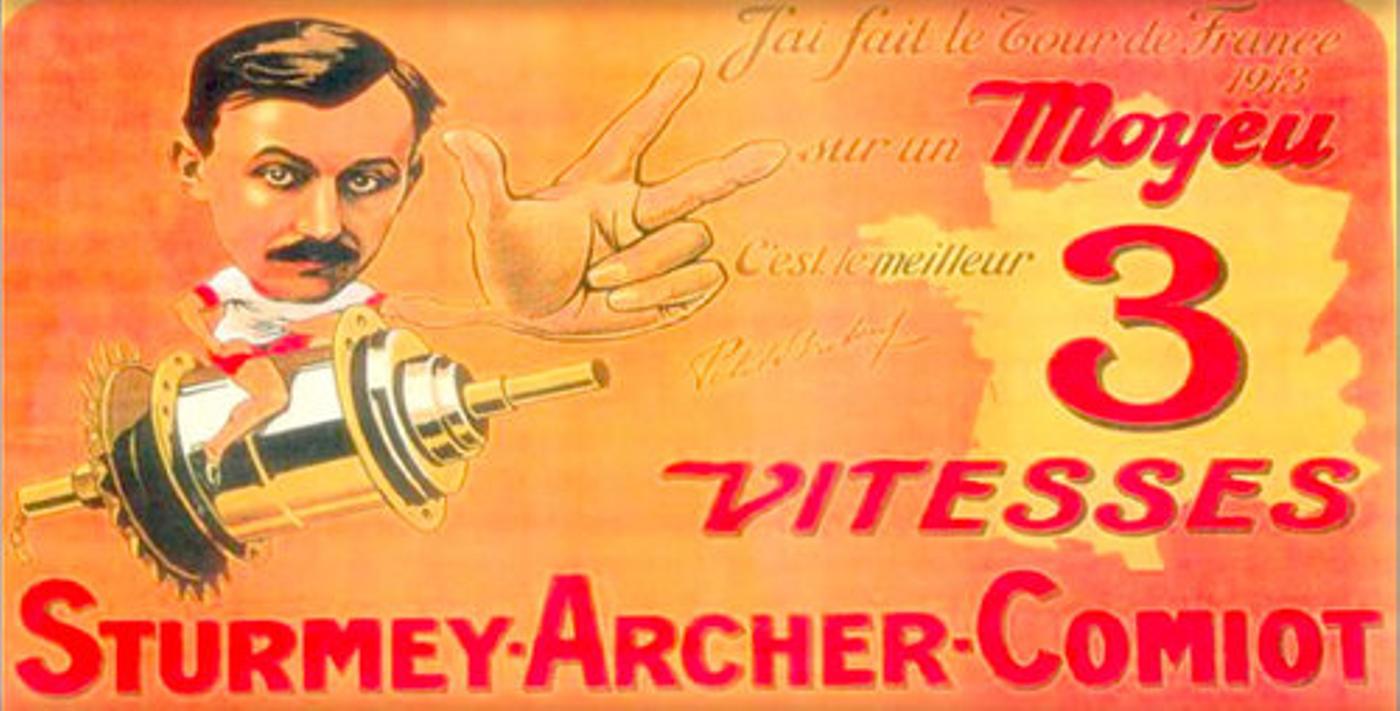 The Sturmey Archer name is legendary in the cycling world. Ever since 1902, the brand has been making 3-speed internal hubs. Their hubs have been slowly refined over the past 100 years, but one thing remains the same; the original intent of an internally-geared hub. Now with the production of the S3X hub, fixed riders can also experience the internal gearing that made Sturmey Archer so famous.

Hopefully, this isn’t the first time you’re hearing about these hubs, but if it is, here’s a recent build sent in by a reader.

Edit: Anthony from Velocult also forwarded me photos he took at the Bisbee Bicycle Brothel of the original 3-speed fixed hub! Not a bad build. He decided to put his shifter on the seatstay to maintain the relatively clean lines. Dig the racks and the build overall. I woulda put a barcon shifter instead, but it’s still a nice build. Check out some more photos of the build on his Flickr.

Thanks for the email Ritchie! Thanks Anthony! Check out the original Velocult posting here.