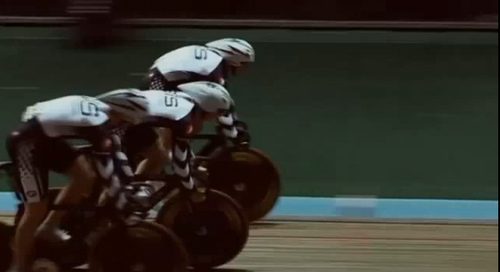 click the image to be re-directed to the video

Even though Standing Start was posted to Youtube in July, this is news to me so I’m assuming it’ll be news to some of you. It’s a really great video, so set some time aside to watch the entire thing. It’s making my lunch break enjoyable that’s for sure. The cinematography, narration and athleticism is spot-on.

A unique insight into a champion’s adrenaline and drive as he trains for the Olympics. Maclean’s heroic cycling is set against the story of Odysseus, creating a heart-stoppingly rich portrayal of man.
‘Man, a being in search of meaning.’ Craig Maclean powers his bike at over 40mph, over a distance of 250m from a standing start. ‘Know yourself Odysseus – for a man to conquer himself is the first and noblest of all victories’. Taking you right into the blood, sweat and tears of the sportsman: remember to exhale after watching.