All smiles on the Western front.

Spencer Harding is true rad atavist. He’s always touring on his tallbike, or packrafting the LA river, and finding unique or interesting people to photograph. For the past few weeks, he’s been in Los Angeles, working on photo projects and riding extensively. For whatever reason, he and I yet to connect. It seems that while our paths were concurrent, they weren’t yet converging. Until last week when a text message ended with finite plans to ride.

Initially, we were going to ride Sunset Ridge, a ripping descent but I wanted to ride something a bit harder and more cross-country. Ty had already annihilated Chilao the day before, so we chose Strawberry Peak and its exposed singletrack. For whatever reason, I thought Spencer always had a Surly ICT. I’d seen his tires before with their plump 4″ width, but never actually realized it was a Motobecane. You know, the BikesDirect.com in house model that seems awfully similar to Surly, down to the dropouts. We were joking as I was shooting photos: “that’s the most stock, cheap bike to ever be featured on the Radavist!” My mind raced to think of another example, yet came back empty after running through the database. Yes, this is a damn stock bike, save for the bell and Brooks saddle, but as Spencer has proven time and time again, it’s not the bike that makes the ride. This one’s all about the abeausage… 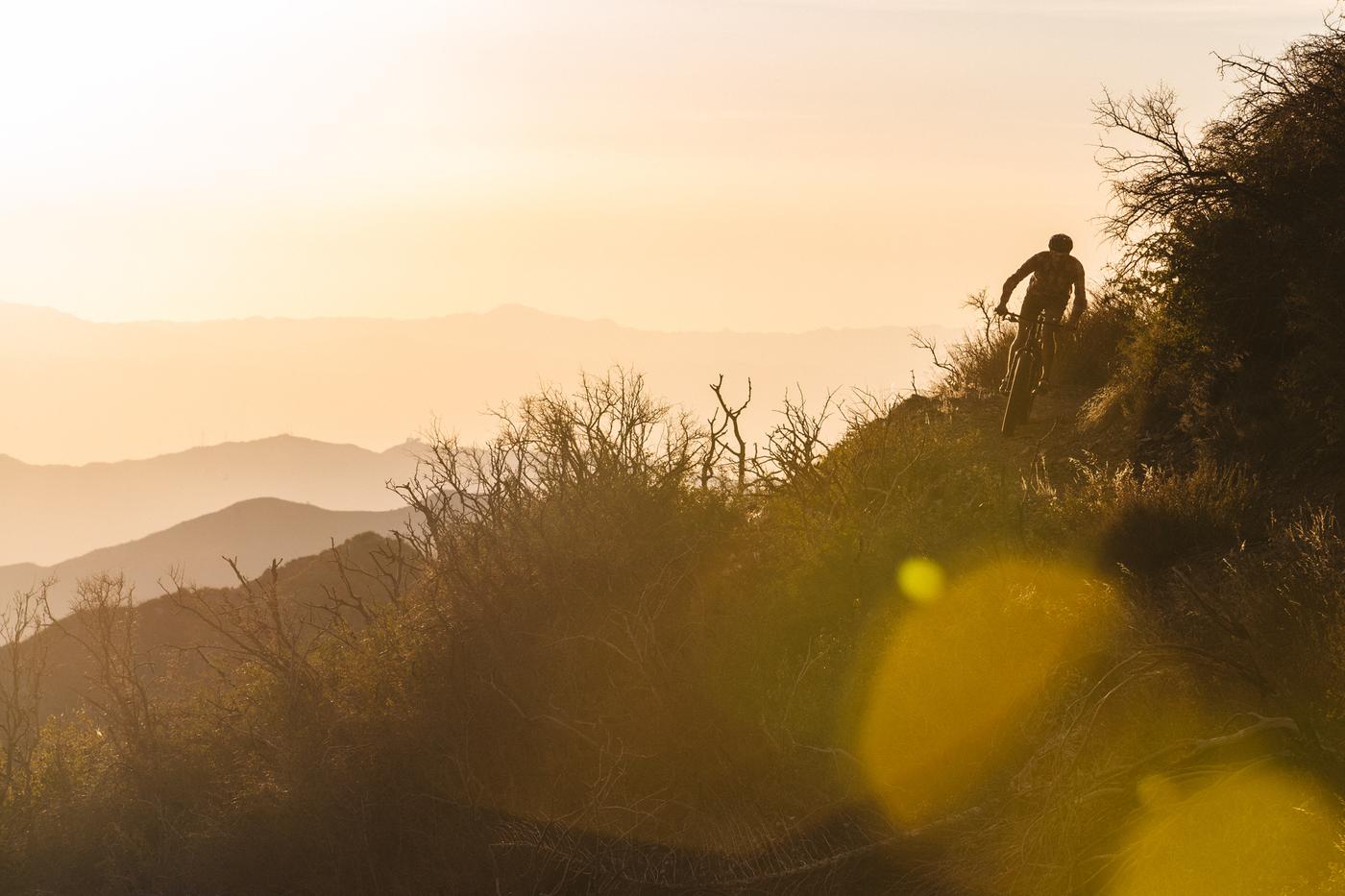 Enjoy these photos of some of Los Angeles’ most beautiful trails and give Spencer a follow on Instagram!