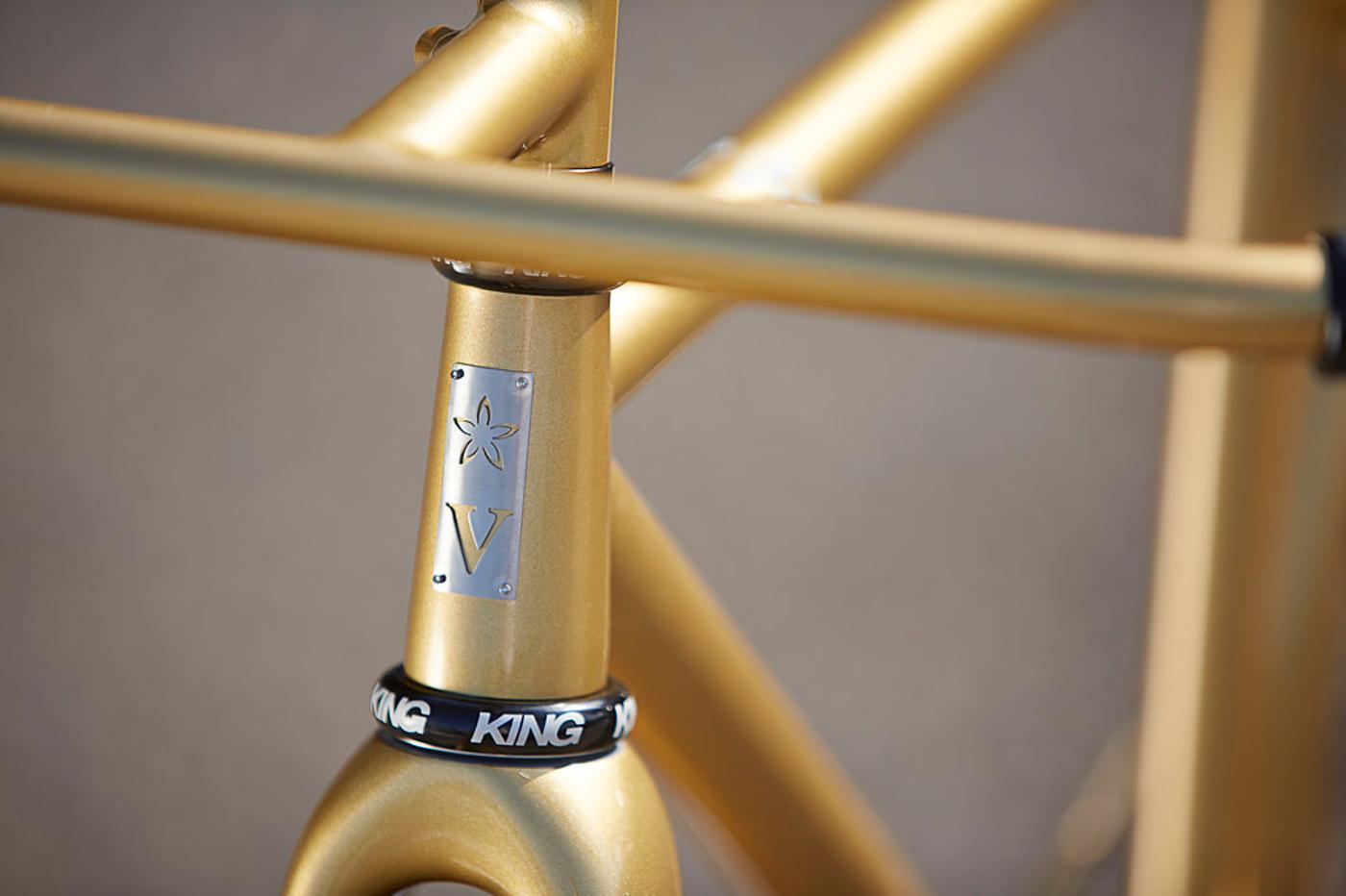 If there was ever to be a gilded knight in the Speedvagen guard, it would have to be the Urban Racer. This bike was the most polarizing figure in the small framebuilding community that I can remember. I will say however, over the past few weeks, I’ve seen a number of people take the Urban Racer platform as inspiration to build their own budget versions. When’s the last time you can recall a small side project like the UR have an effect like that?

After the initial release, Sacha and the folks at Speedvagen made this insane gilded Urban Racer for a client and the photos pop like the Vegas skyline.

Sure, this bike isn’t for everyone, but can all appreciate something as insane as this, right? And it’s made by hand in Portland, Oregon. Check out more photos at the Speedvagen Flickr.