I built mine up with and Enve CX fork however Twin six does offer a carbon fork with fender mounts. 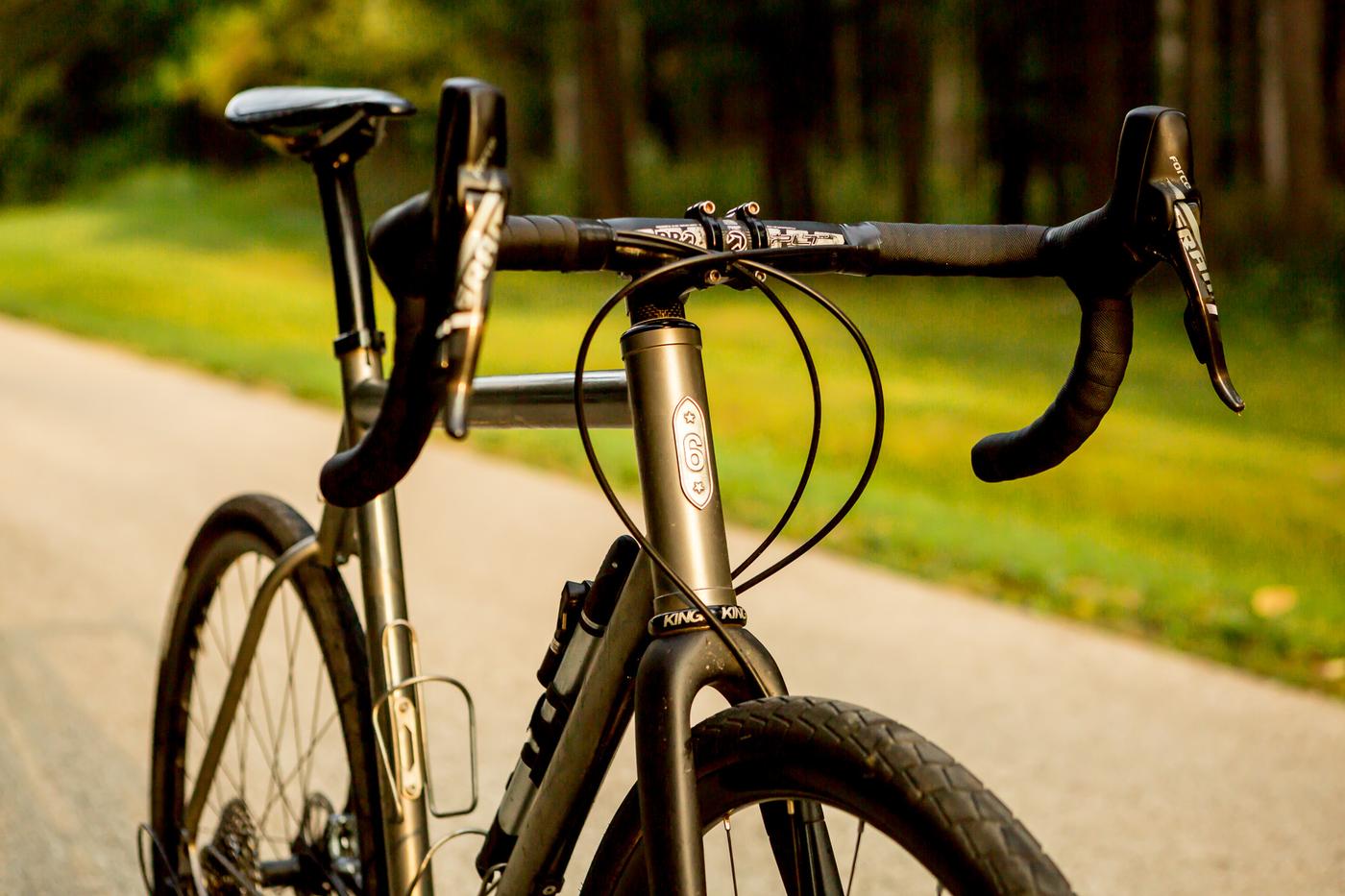 Being my first titanium bike ever, I had no idea what to expect in terms of ride quality. We’ve all heard the raves and reviews but it is truly something to experience. Milwaukee has some pretty gnarly streets and the T6 standard 3.25 titanium eats them up. It is ever forgiving on rough roads yet punchy when turning the pedals. It thrives on the road less traveled and is the perfect material for a city that uses way too much salt in the winter. In combination with the forgiveness that titanium frames offer and the ability to run up to 46c tires, it makes for an extremely comfortable ride for all types of terrain.

The frame geometry is quite different than what I was riding with cross bikes. The lower bottom bracket (75mm bb drop) makes it easy to rip it into corners. The wheelbase is longer and the headtube angle is at 73 degrees making it more comfortable for longer rides, which happens to be a familiar complaint about riding cross bikes long distances. 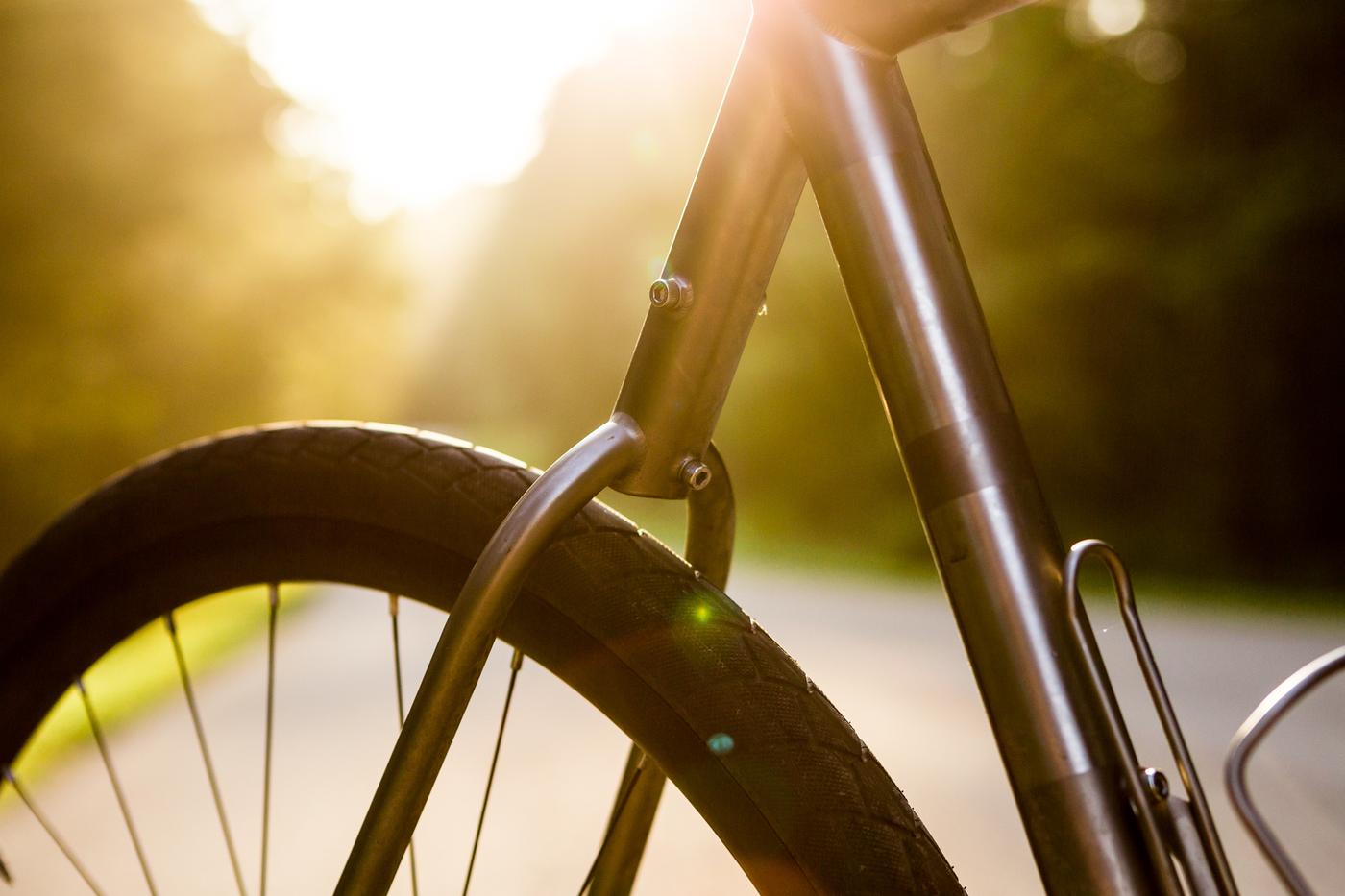 One of the first things that drew me to the Twin Six lineup was their solution to cable management. It’s simple, keeping the top tube clean as it hides a full housing set up under the downtube held into place with a clip system. The clip system can accommodate both 1x and 2x drive preferences. The clips are attached by allen bolts to threaded bosses under the downtube. The two bosses closest to the bottom bracket are conveniently spaced for an extra water bottle cage. With three additional bottle mounts on the inside triangle, it leaves plenty of options for water management or additional accessories on longer rides/adventures. The wishbone seatstays, low mount dropouts, and chainstays feature mounts for racks and full fenders in the rear, something I plan on adding in a few months.

The real beauty is in its versatility. While the Ti Rando is not exactly made to be a full on cross bike, I am planning to make this my cross bike in addition to commuting 32 miles a day on it for work. Why the hell not? I also have plans already in place for longer bikepacking trips and gravel races for 2016. I am excited to share those experiences so look for that next year. 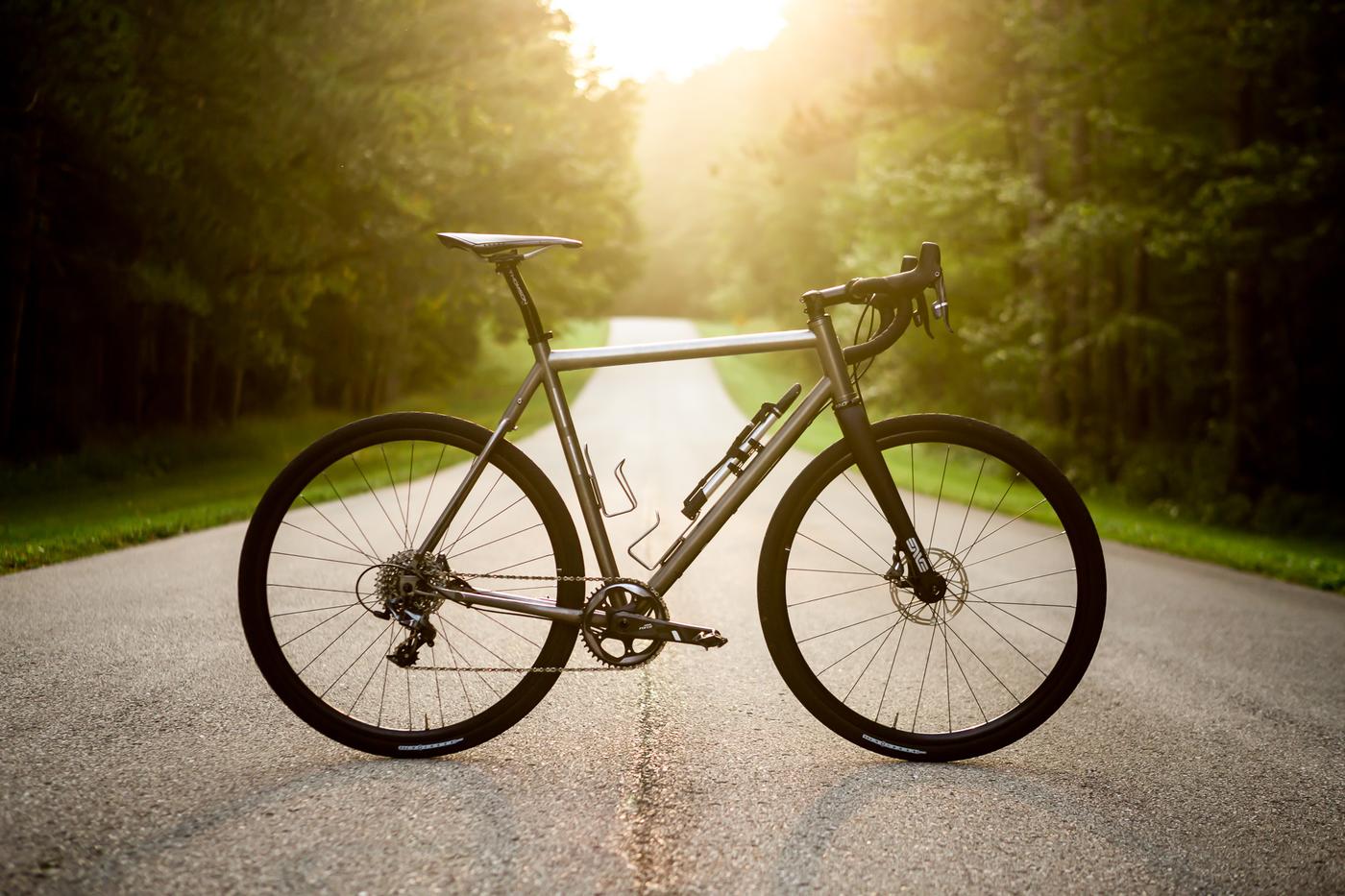 If you are interested in getting your own Ti Rando, it will be available on Twin Six’s new website launching by the end of the month. The frame set retails for $1900 with an optional carbon fork for $300 extra. Contact Brent (brent@twinsix.com) for availability.