Our trip began at Atlanta’s airport. Kyle and I flew in, met with other press and got into a shuttle van. We had a two hour drive to the Mulberry Gap MTB Getaway, our “home base” for the weekend. Mulberry Gap began as a women’s retreat, and quickly was converted to a MTB destination after the owners saw all the MTB riders in the area driving in for day use. “The Gap” is nestled in the Chattahoochee National Forest (open to bikes), alongside the Cohutta Wilderness Area (closed to bikes.) The property is right smack dab in the Pinhoti trail system, meaning it’s easy access to MTB riding and as we found, home to some long climbs and ripping singletrack. 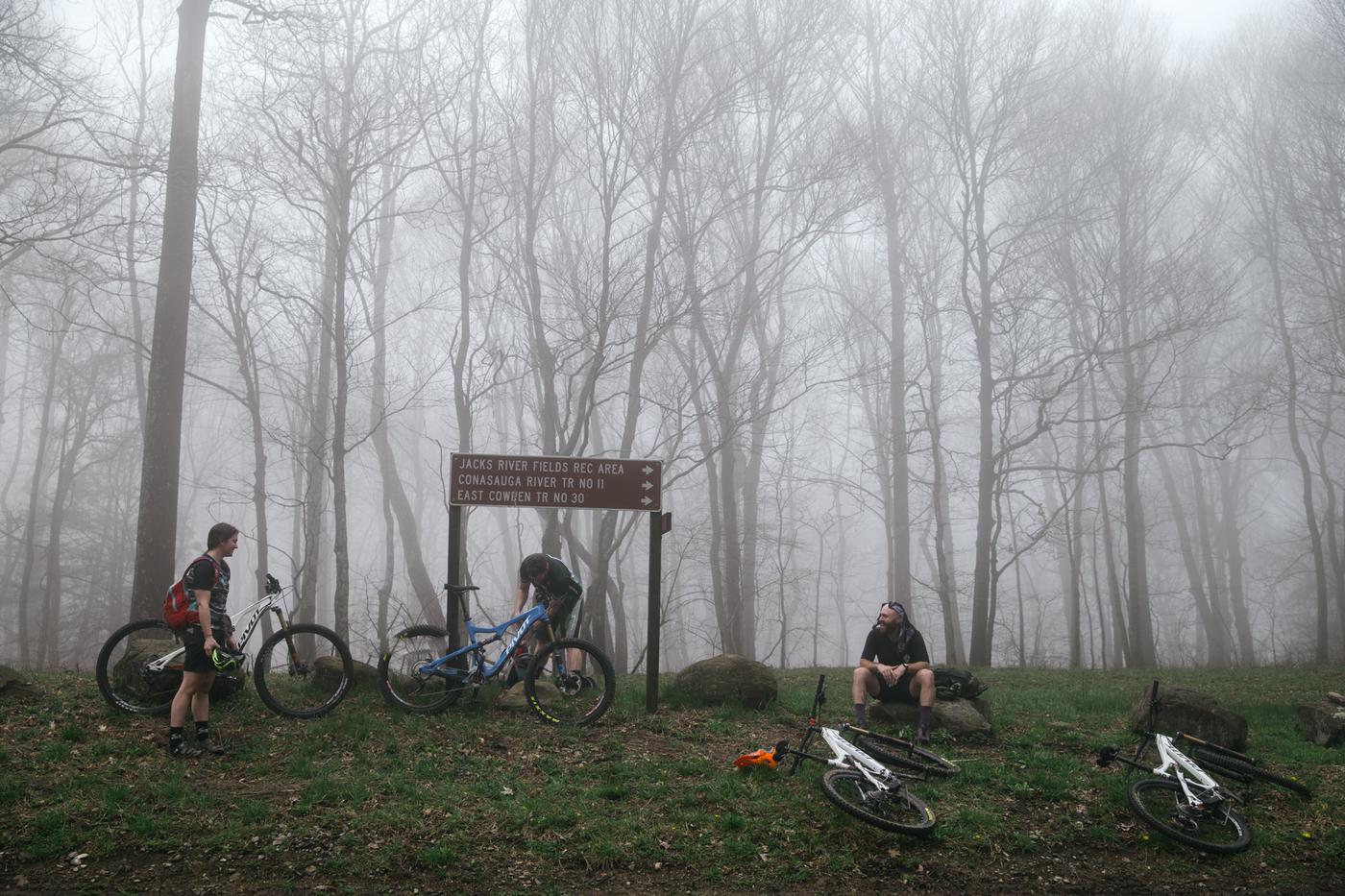 Aaron and Helena from Singletracks.com were two of the 40 press members invited to the Summit and they became our riding buddies for the first day’s trek. Maxxis offered up shuttles to service the Pinhoti 1, P2, P3 and other neighboring trails, yet Aaron had created the Brutal Loop, a 35 mile ride with 7,400′ of elevation gain, boasting an 11-mile gravel road climb to the top trail. 11 miles? Yeah, I’m serious. 11 miles of humidity, 11 miles of steep grades and ultimately, gorges views. So when Aaron and Helena asked if anyone wanted to take on the Brutal Loop, Kyle and I were the only ones who raised our hands.

We packed our bags with cameras, food and water before heading out into the mountains… Six hours later and a dozen river crossings, we returned to base camp to a late, late lunch which turned into dinner and after a hot tub soak, I passed out at 9pm while the rest of the camp raged on til the wee hours of the morning. The remaining days were spent shuttling, trying out new (to us anyway) tires and riding Pivot‘s rippin’ mountain bikes. It wasn’t until the last night at Mulberry Gap that we all realized how much fun we’ve been having and even though our return flights were beckoning us back to responsibility, how little we all wanted to leave. With the cracking of beer cans from the Yeti cooler, we watched the sun set over the mountains and soaked in our list bit of Southern hospitality. There’s more to come with this story (including some brief bike reviews), so if you’re still reading this, make sure to check out the Gallery if you haven’t already.