Maryland-based freelance photographer and all-bikes rider, Korey Hopkins, recently traveled with the Minority Mountain Bikers for what promised to be a schralp-filled bike park weekend. An untimely OTB put the kibosh on any riding ambitions he had but fortunately he’d packed his camera! Alongside shreddy Snowshoe shots, Korey shares his inspiration for bridging his love for photography and bikes.

Injuries are the worst part of mountain biking. A few weeks ago and ahead of riding with Minority Mountain Bikers (MMB), I decided to get to Snowshoe in West Virginia a day early to get in some extra park laps. Sadly, my weekend came to an abrupt end after an OTB down the trail on day one. I was attempting a self-supported downhill Everest and got a little overzealous as fatigue clashed with confidence, after getting familiar with the same top section from so many repeat laps. 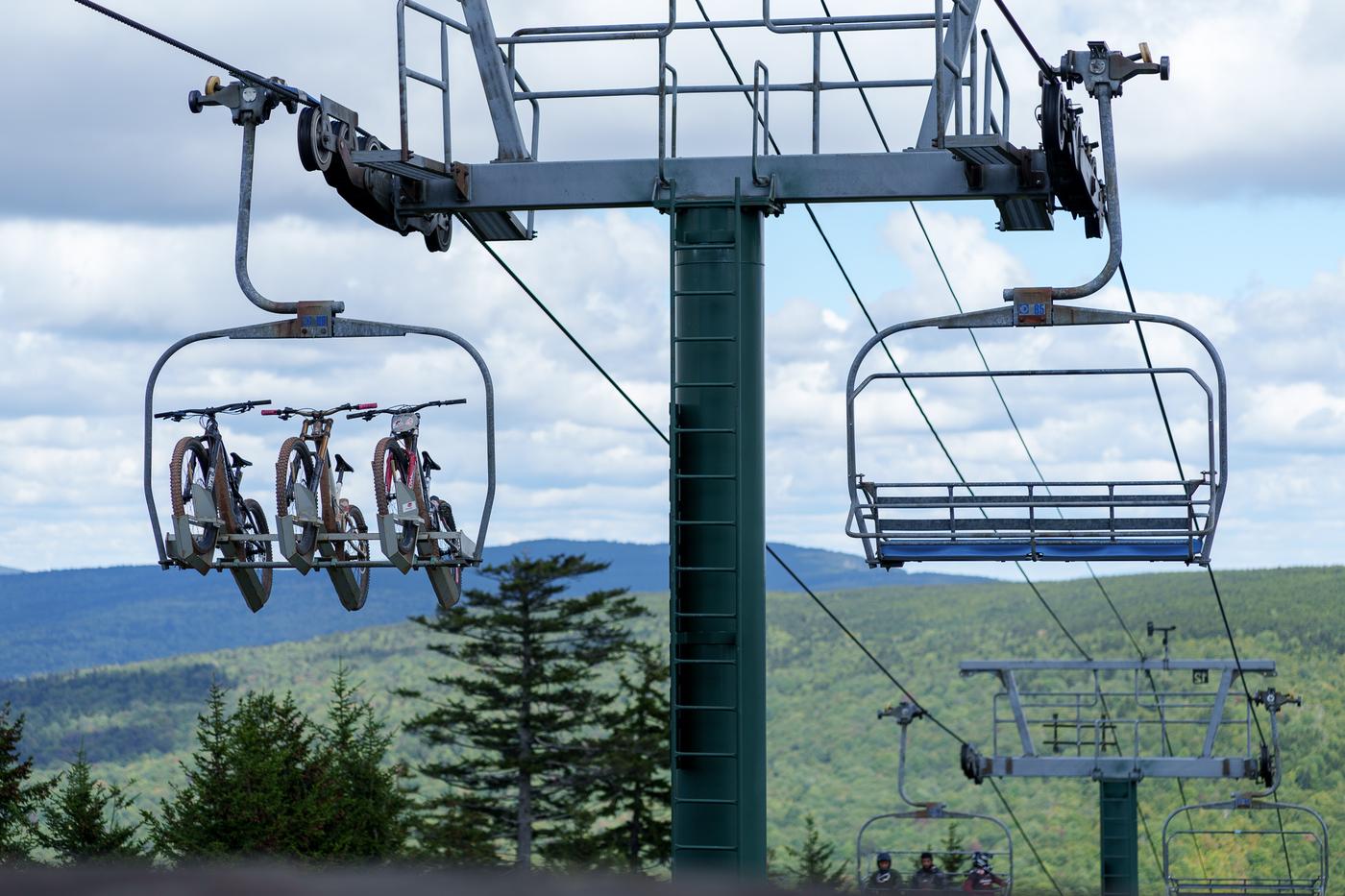 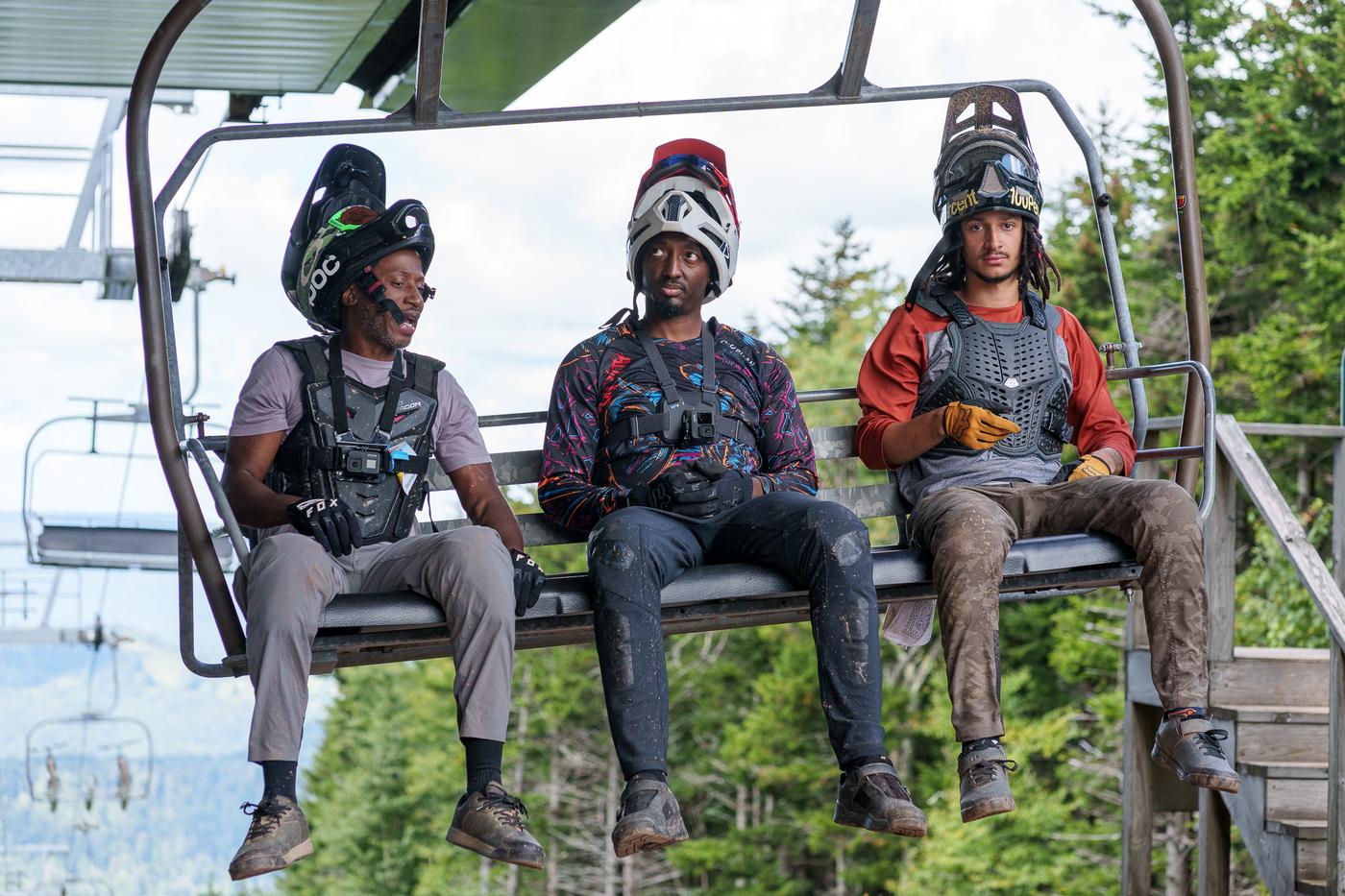 It would have been easy to sit around and sulk during a bike park weekend when you can’t ride at said bike park with your friends, both old and new. While my hand was not in any condition to hold onto my handlebars, it could still hold a camera. I decided to break out the one that I had brought for the weekend and just catch moments as they unfolded. 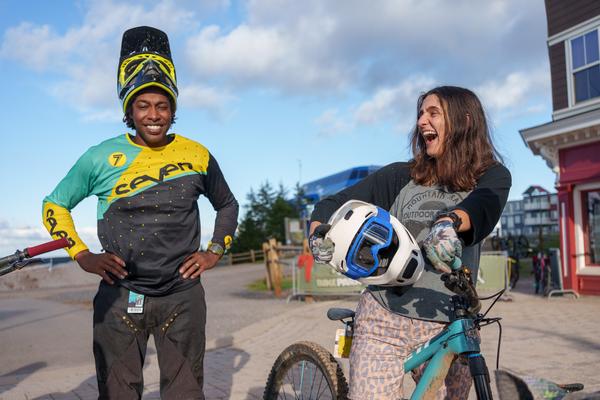 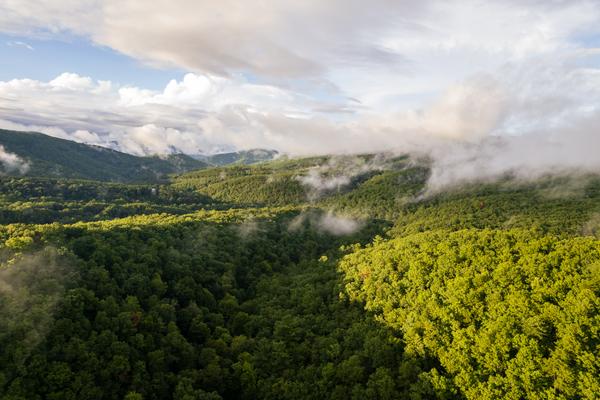 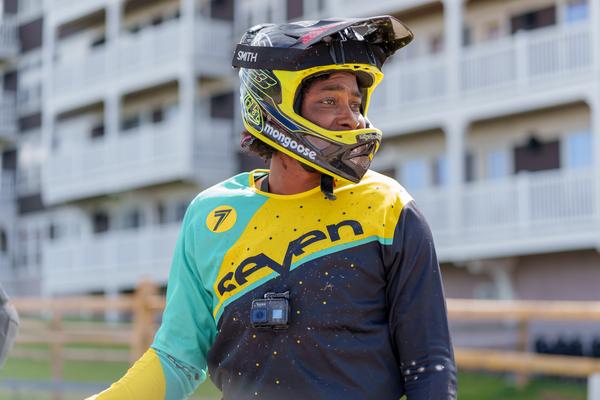 This isn’t my first time on the injured reserve list. I separated my shoulder several years ago while pre-riding an enduro course. At the time, I decided that I’d go out and shoot my friends having fun on their bikes and hang out before and after a local race. That day of shooting a local, fun race launched me down the path of mountain bike photography.

As I started shooting more bikes, I found that there were a few different ways to shoot in the category. Race photography at the highest levels of World Cup racing is certainly some of the most visible imagery in the sport. I was able to shoot the 2021 edition of the Snowshoe World Cup to support locals that were throwing down between the tape. 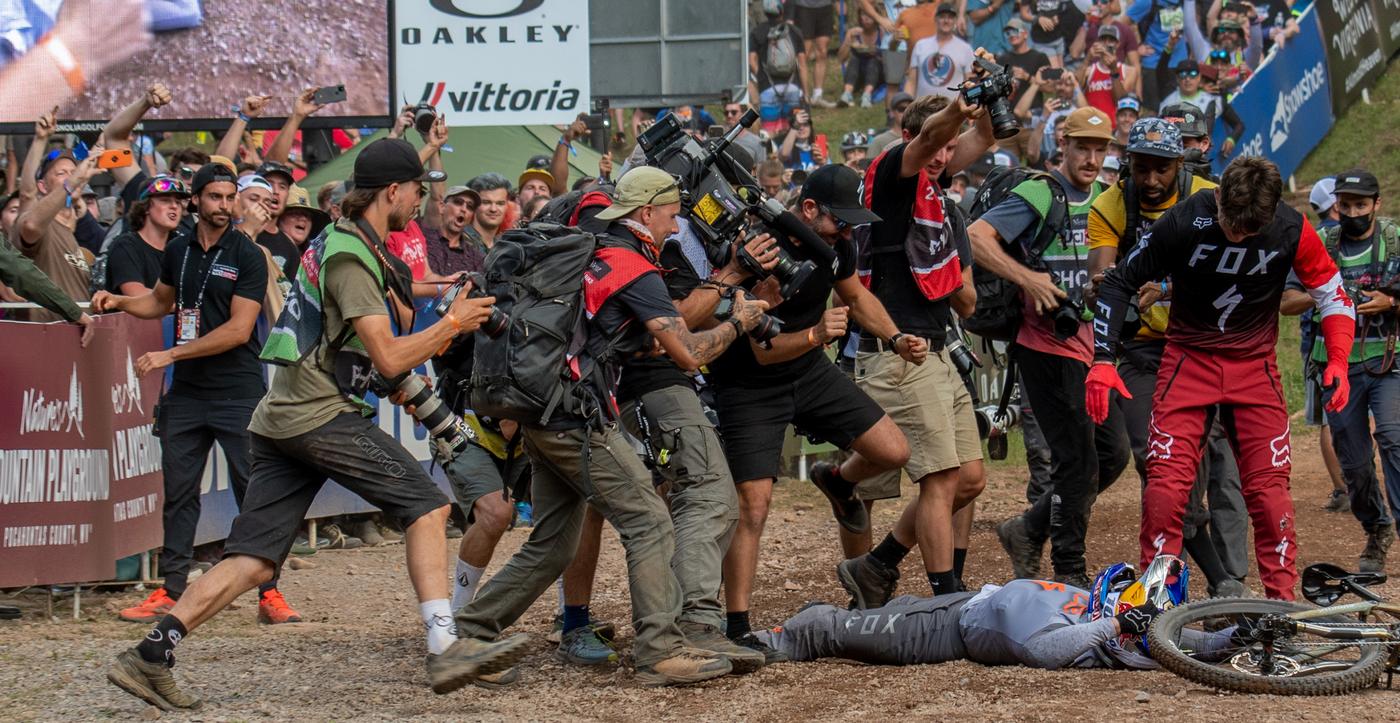 A shot of me (third from the right) catching Loic Bruni shortly after he crosses the finish line at Snowshoe in 2021. He had just realized he won the overall and was a little excited. PC: Austin Barge

There is also commercial imagery for businesses. I have found this to be a fun balance of making a living while also just hanging out with friends on bikes. Capturing the final product of a collective of individuals’ hard work is rewarding, especially when it is my friends that are enjoying the results of others’ labor. 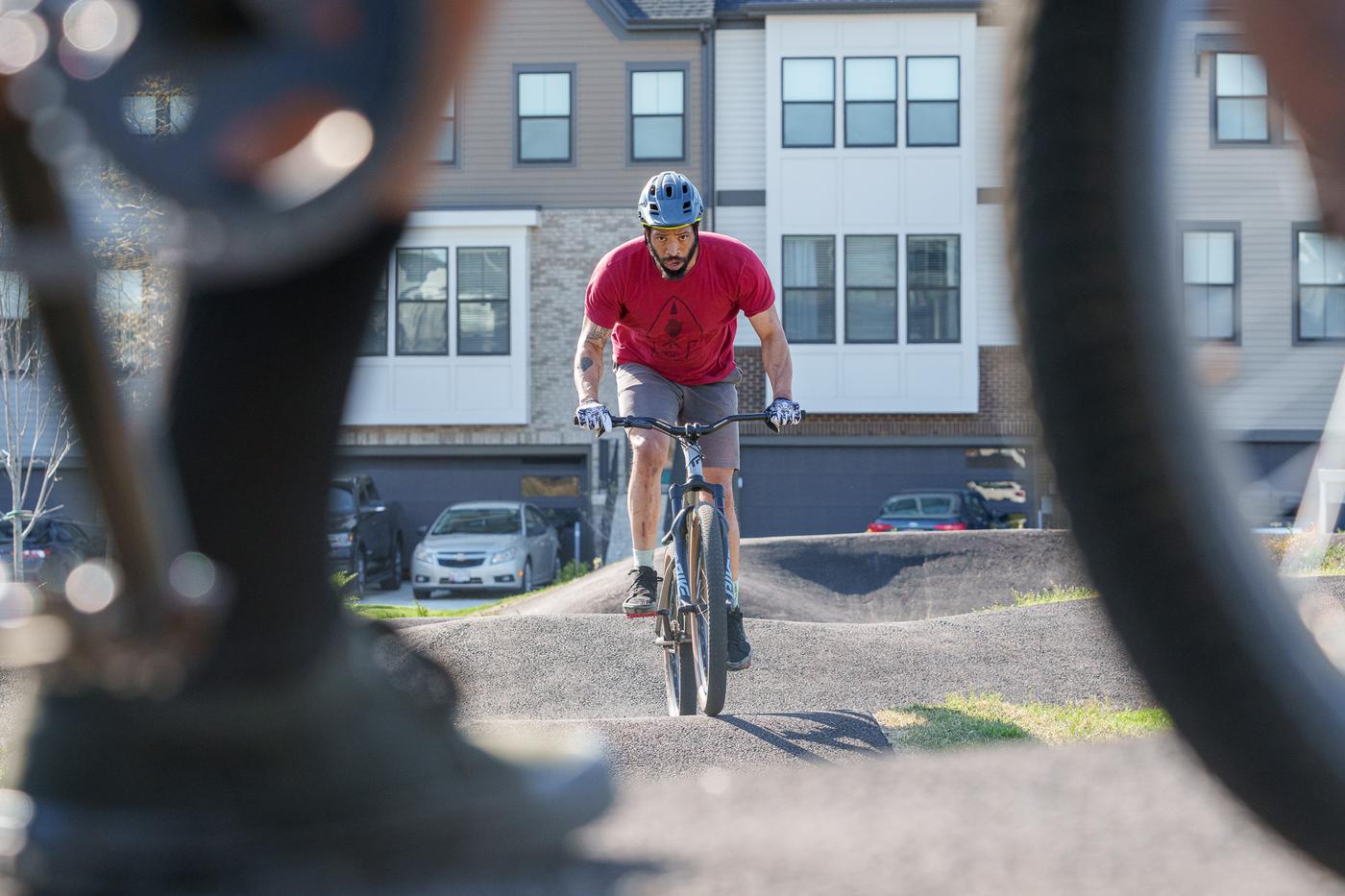 Shooting bikes has been a happy accident in my life. Photography and riding bikes both started off as casual hobbies. I bought my first DSLR camera in 2010. For a number of years, I proceeded to shoot occasionally for fun. I was mostly capturing candids of friends and the occasional family event during those early years. During 2013, I was searching for a new athletic outlet. I was burned out from running at the time and needed something to help stay in shape for racing motorcycles. Bicycles seemed to check the boxes – mostly due to seeing well respected moto pros putting in the time on them as well to stay race ready. 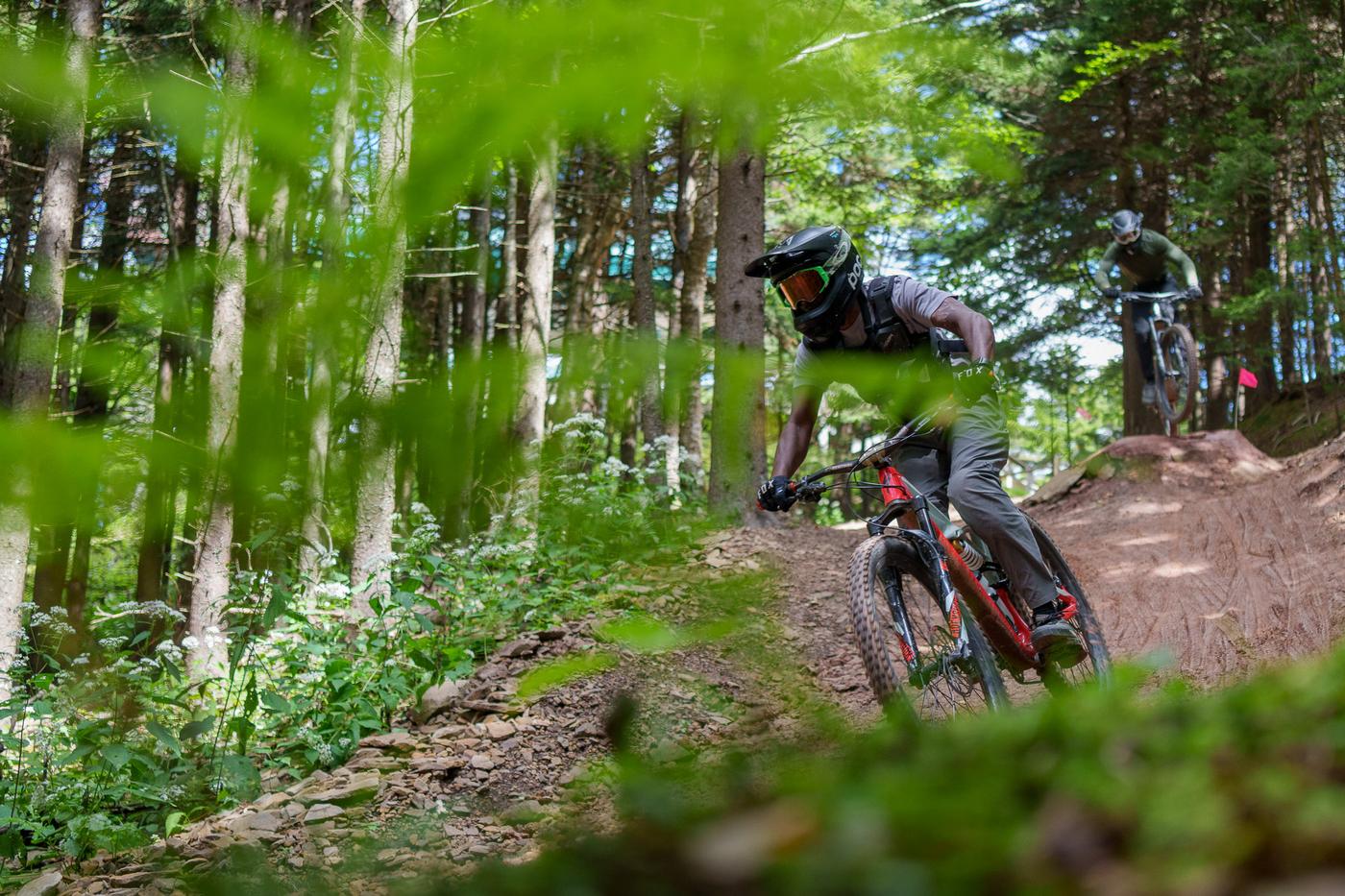 Even as I grew more proficient in both hobbies, I never thought about merging the two. They stayed siloed for years as my routines for doing each in separate areas became more entrenched. That shoulder injury forced me to take a step back and reevaluate. Why was I not merging two things that I love together? After shooting a local mountain bike race, I decided to invest in some one-on-one training with a local college sports photographer. In a few sessions, he was able to help put me on track to better shoot sports. Merging my previous experience of catching candids also carried over to the non-action side of the sport. 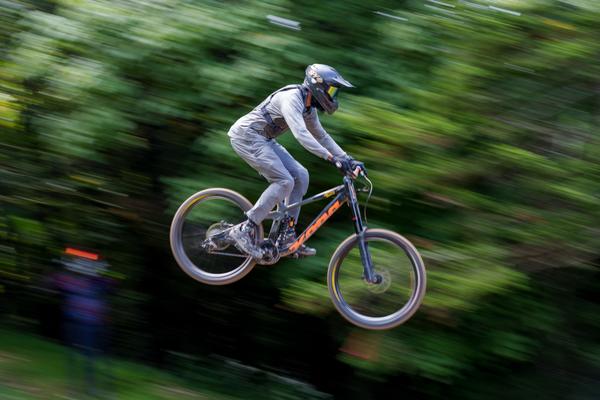 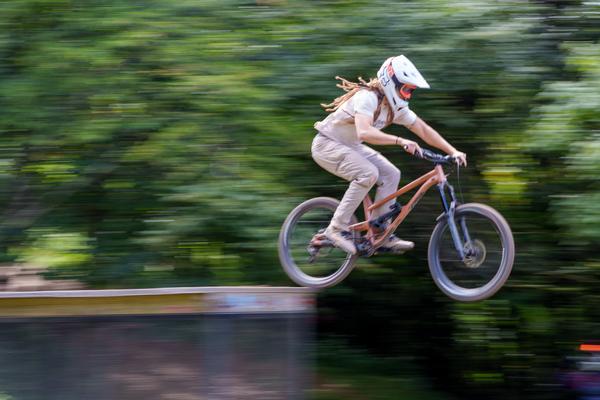 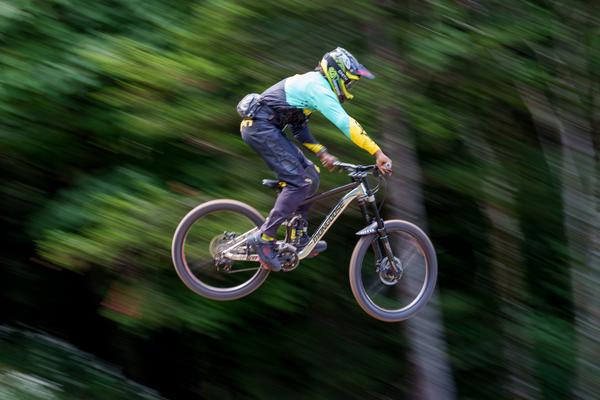 Once my shoulder healed, I didn’t put the camera down. I found a way to carry a camera with me while on the bike. What has been the most rewarding with imagery is being able to document and tell stories. And that brings me back to this injured weekend at Snowshoe. 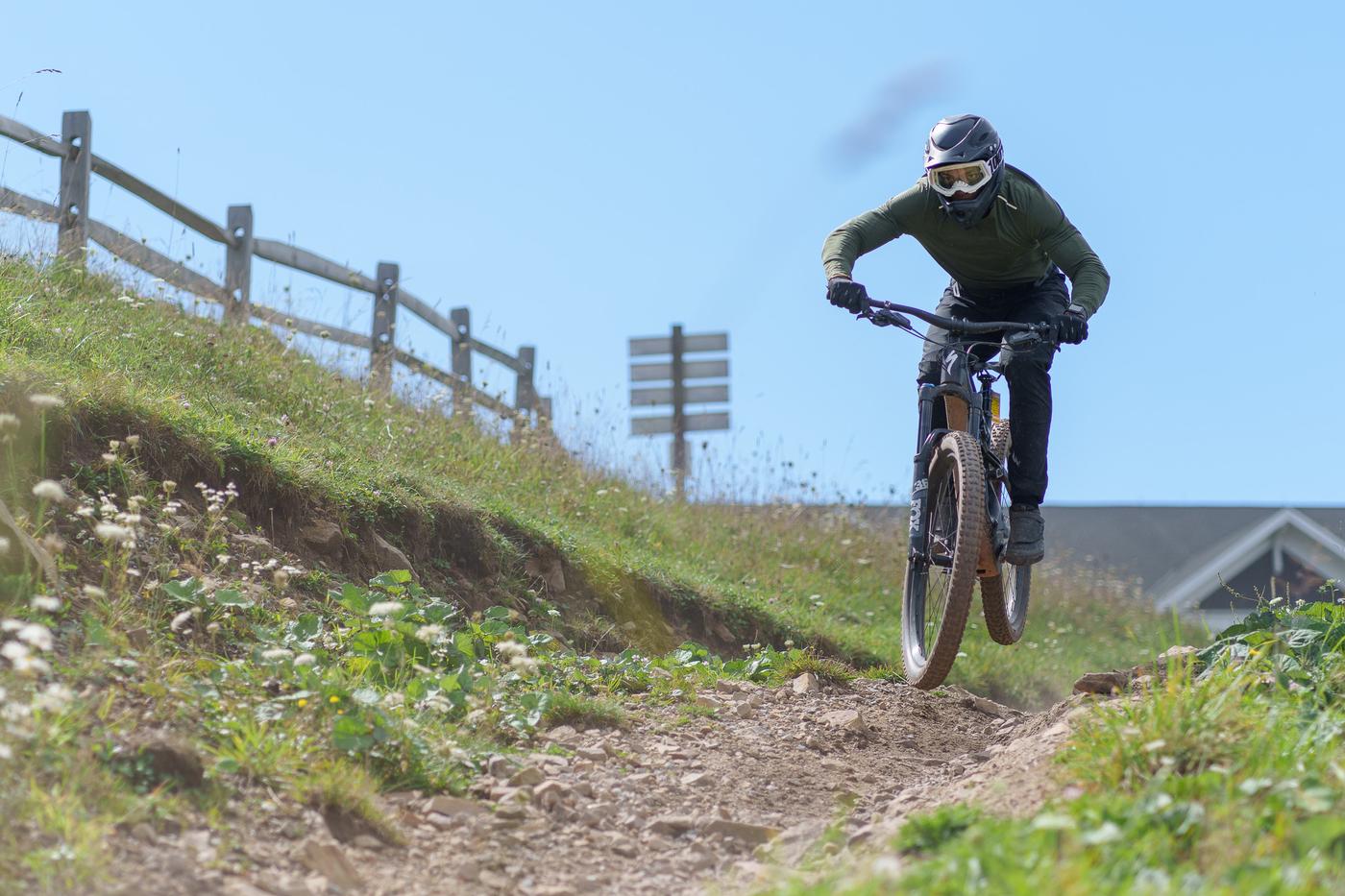 I have been fortunate enough to document a number of MMB events over the past several years. MMB first came onto my radar thanks to Facebook. I’ve met a number of Black and Brown folks on bikes over the years, but it was always one here or one there. MMB was focused on bringing more folks together to build a true community. A place where everyone could be their authentic selves. I don’t use race as an excuse to not do things. But it certainly isn’t easy at times to jump into spaces where I am the only one. For a number of years, trying to go fast on my bike and race was what drove me to ride. While at a number of races, I remember distinct stares from folks that were not used to seeing Black people in the woods. While racing a particularly brutal EWS qualifier at Windrock several years ago, a marshall went out of his way to say “I’m glad to see you out here. We need more African-Americans in the sport!” I just wanted to survive the steep muddy race tracks at that time, not think about my identity. As both a rider and documentarian, being able to ingrain myself in the setting leads to better images. Being able to tell the story of the group and the individuals that make up MMB is rewarding. After June 2020, I realized almost immediately that my calling in this space was to help capture and tell these stories. I read one too many articles focusing only on the “overcoming” of suffering from a specific lens for my taste. Suffering isn’t the only story to tell about the Black and Brown existence in America and beyond, but it is the one that is told the most often. 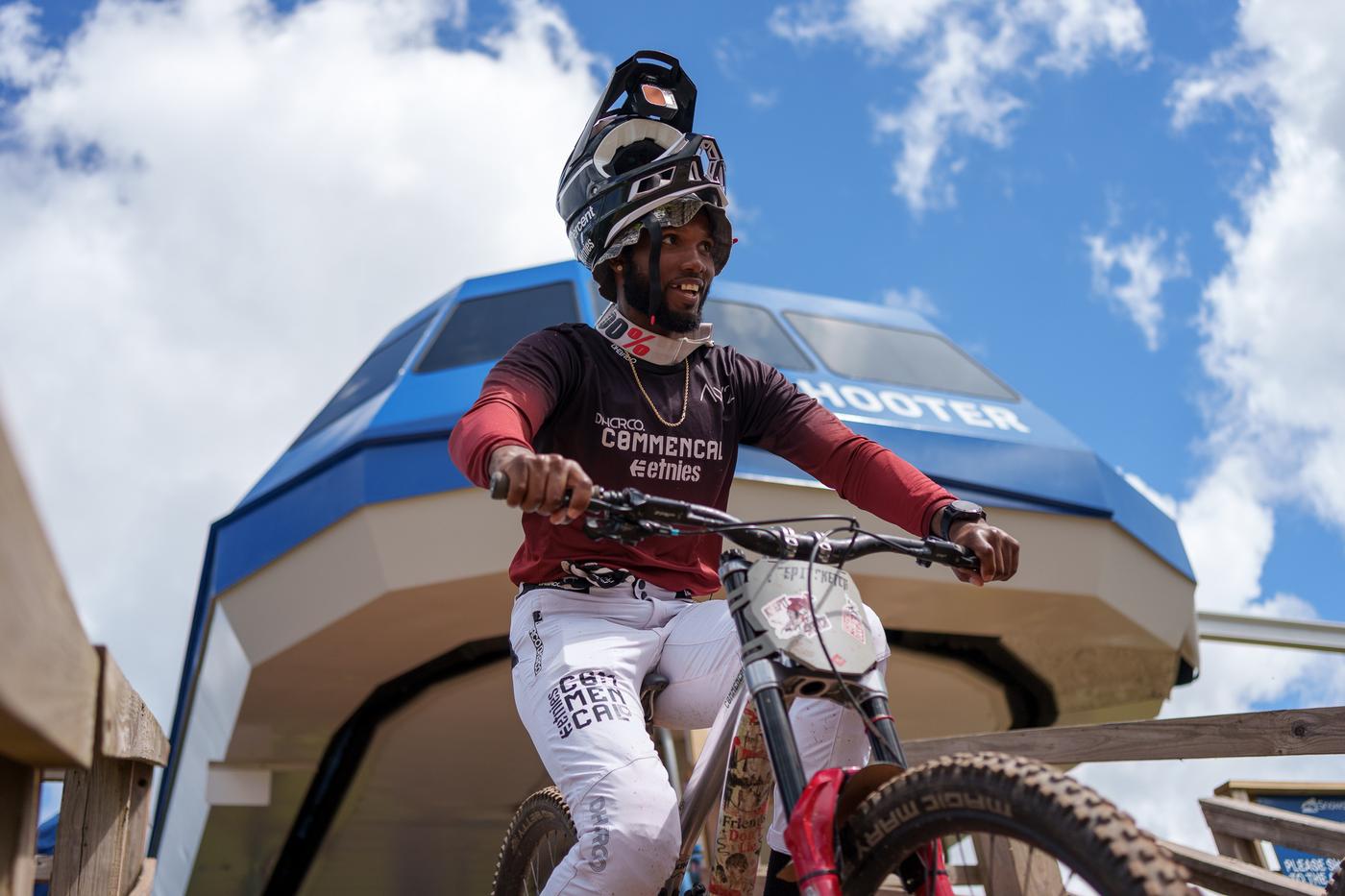 What I most enjoy about these events is that suffering isn’t the focal point. Introducing the joy of bikes to more folks and just providing a positive outlet for those that have had negative experiences elsewhere makes the work worthwhile. These aren’t stories about suffering, rather about rebuilding our existence to how it should have been in the first place. Even being off the bike for most of the weekend, I was able to experience and witness the joy. While shooting some folks hitting bigger features, I was able to take in the “wows” from bystanders in the group and those watching. Listening in to post-lap recaps at the top of the lift once everyone regrouped let me to hear about the stoke from first runs down some of the less-frequented trails. 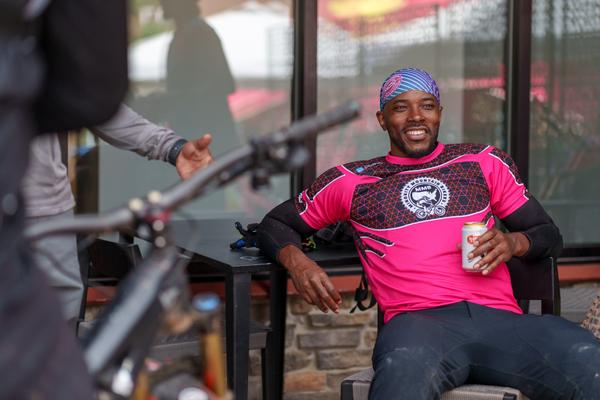 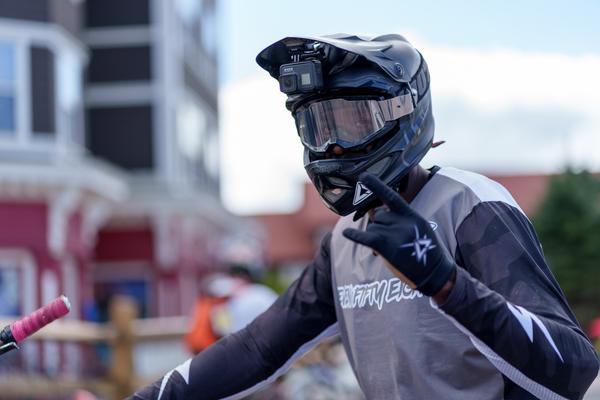 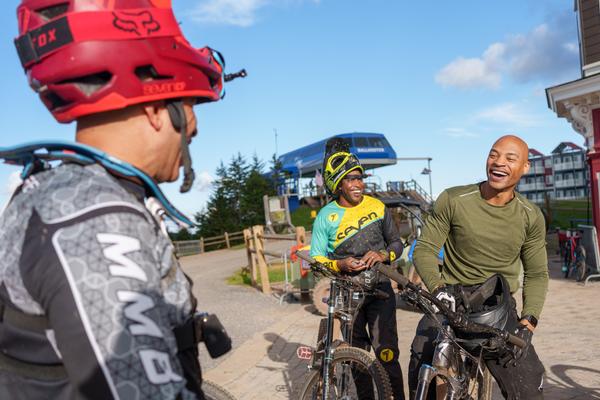 Once bikes were put away, stories about life beyond bikes were shared. People sharing tales from their travels introduced belly laughs that would carry on all evening. Telling the story is just one side. I consider these folks to be friends. Hell, probably closer to extended family at this point. Capturing moments to tell a story are important, but there are times to put the camera down and be fully present for the belly laughs and deep introspective conversations. There is no doubt that injuries suck. If you are fortunate enough to have a relatively minor injury, try to do something bike adjacent. You might stumble into a new passion like I did.