Words and photos by Morgan Taylor unless otherwise noted.

Six months ago, I hung up my modern mountain bike and began riding a fat bike with thumb shifters and cable brakes as my only bike. Accustomed to the niceties of lightweight wheels, four piston brakes, and an 11-speed drivetrain, I’ll admit I didn’t have a lot of faith in this experiment. I had a feeling I would be itching to get back on my other bike long before the snow melted.

You see, not especially long ago, I held some fairly strong opinions about fat bikes. I worked in mountain bike media, had access to all the newest technology, and was convinced that fat bikes were so far outside the realm of acceptable mountain bikes that I chose to write them off. 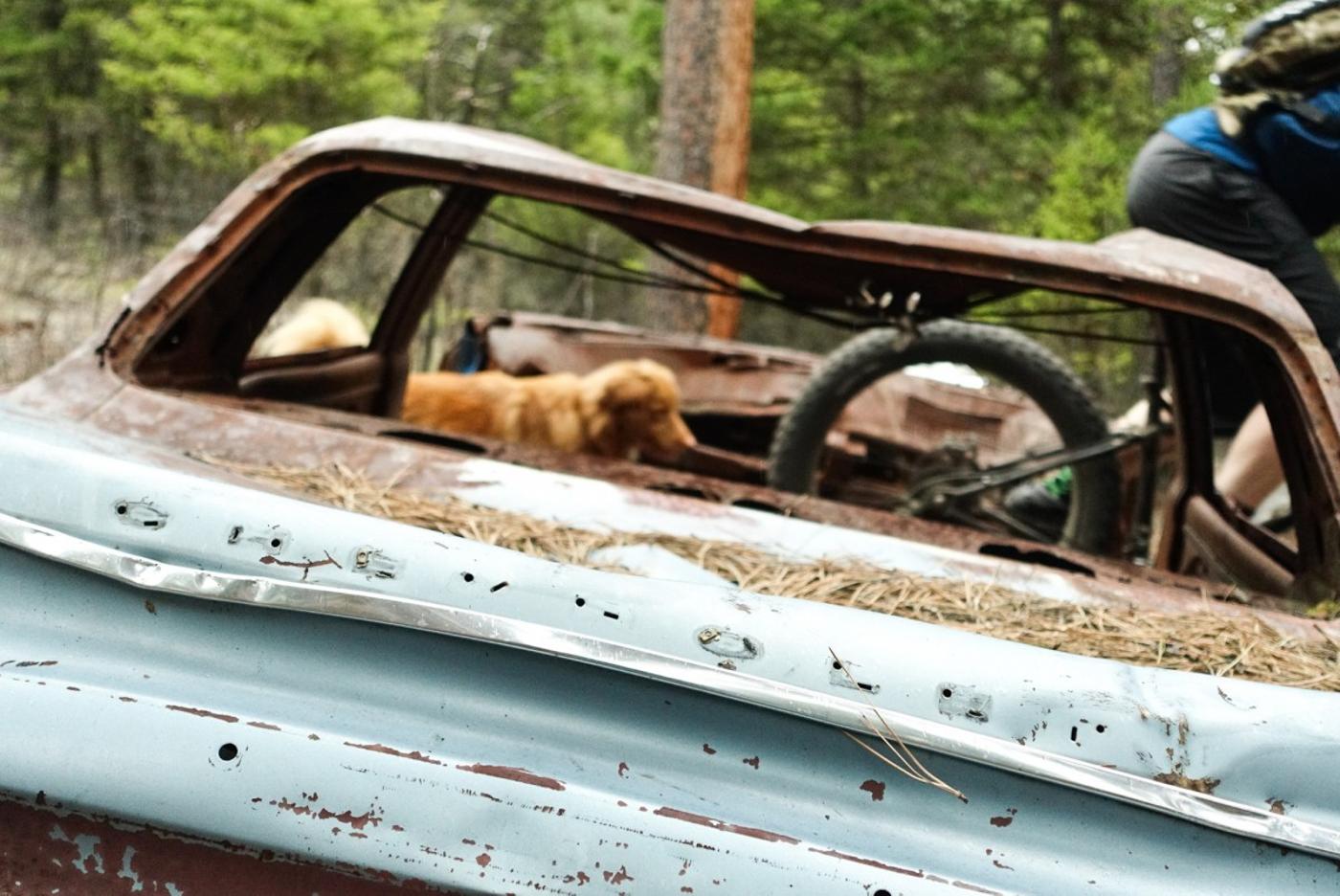 Deep down this conflicted with my ideals about biking. Honestly, I really would prefer to see people out riding anything than not riding at all. And who really cares what kind of bike someone wants to ride? Becoming a mountain bike reviewer had also meant becoming a snob.

I can’t say I wasn’t already a bike snob. Yes, any bike is better than no bike, but even amidst that very inclusive statement I am constantly determined to help people have better experiences on bikes. I seek not only to dial in my own bike’s ride but that of my riding partners. No matter what kind of bike you ride, the conversation of tire pressure and selection is constant – and that’s just the tip of the iceberg. 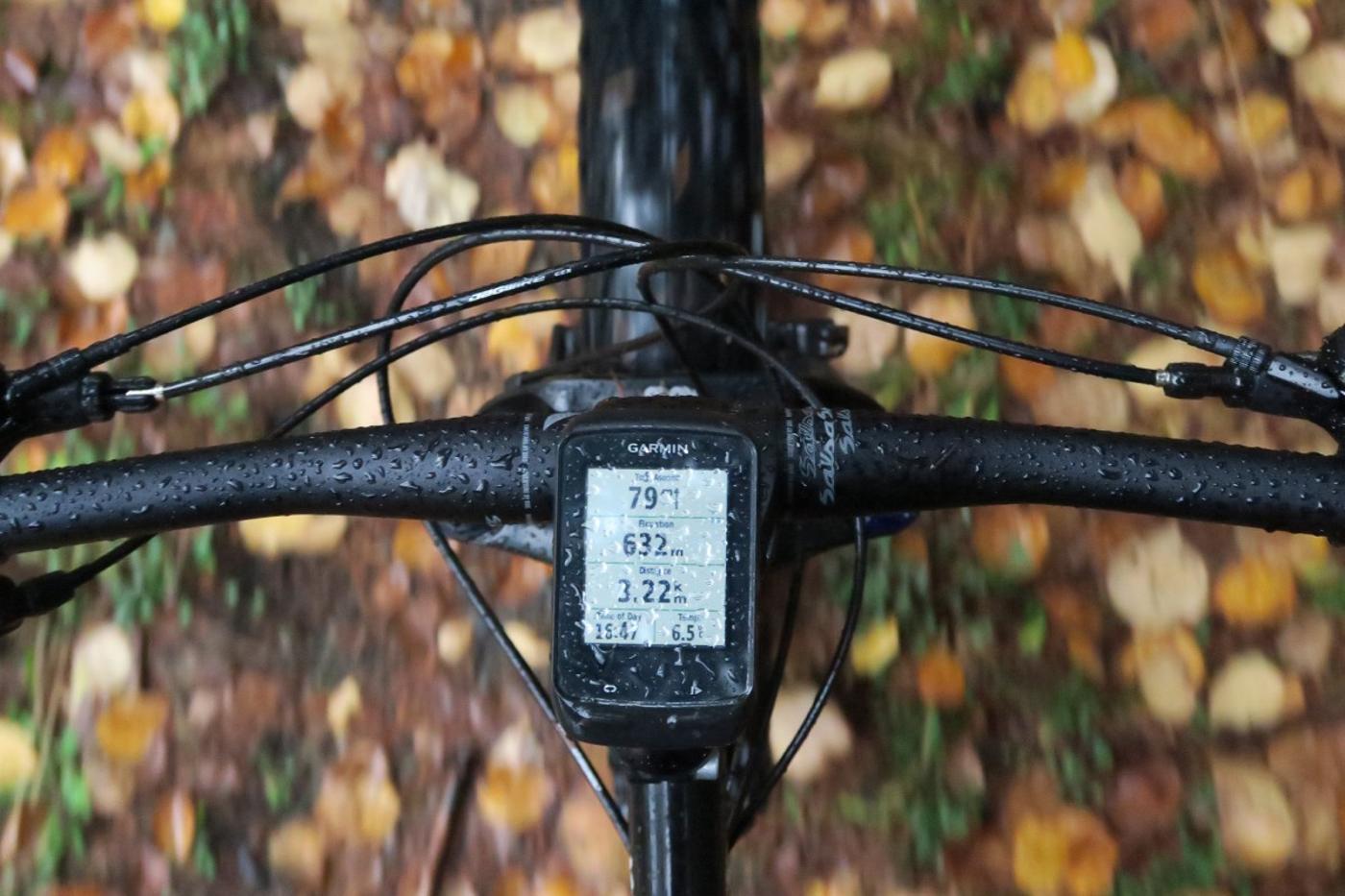 My early feelings on fat bikes were formed after riding the only bikes of the day, bikes from Surly that were developed out of touring platforms. The dilemma with rigid fat bikes is that huge undamped spring which results in a bouncy ride quality and noticeably unusual handling characteristics. To find balance between a tire that was too firm or too squidgy was basically impossible.

As bigger companies began to introduce fat bikes and market them as mountain bikes, I just wasn’t convinced that they were good mountain bikes. Claims like “with this much tire you don’t need suspension” are simply untrue. Airing down the tires caused its own issues outside of unpredictable performance: fat bike demos had a comically high number of people doing the deflated walk of shame.

Yet as this was happening – as my narrative charged forward – the undercurrent of simply finding fun on a bike was still there for me. John posted some photos of Ty Hathaway blasting his Pugsley, and I will admit this now: I revisited that photo set over and over for months, in awe of how unpretentious and playful it felt. 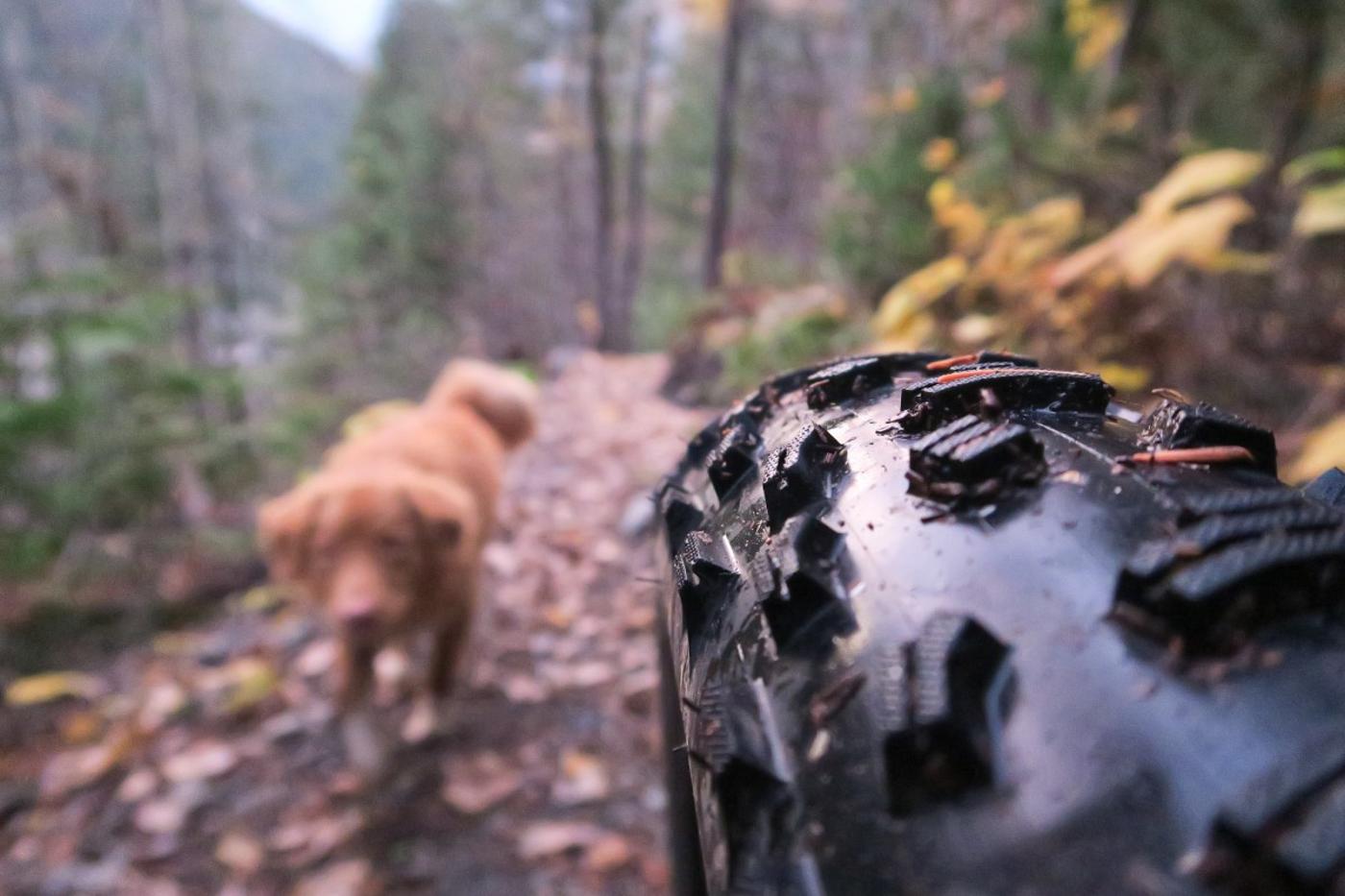 Last spring, RockShox announced the Bluto fork, and I recognized this as a turning point in the history of fat bikes. Rather than an inflated touring platform being marketed as the next thing in mountain biking, fat bikes could now accept some of the technological advancements that were truly making mountain biking better. Things like hydraulic brakes, dropper posts, and clutch derailleurs. Things I’m still admittedly a bit of a snob about when it comes to mountain bikes.

While I had initially objected to the marketers’ attempts to pitch off road touring bikes as mountain bikes, the fat bike market diverged with the advent of a widely available, affordable suspension fork. In July I had the chance to put in some hours on the Bluto on Surly and Salsa’s 2015 range of bikes, and my tune changed almost overnight. As my own place in life shifted from the coast of BC to the interior mountains, the pieces had finally come together to begin my practical research upon the true usefulness of the mountain fat bike. 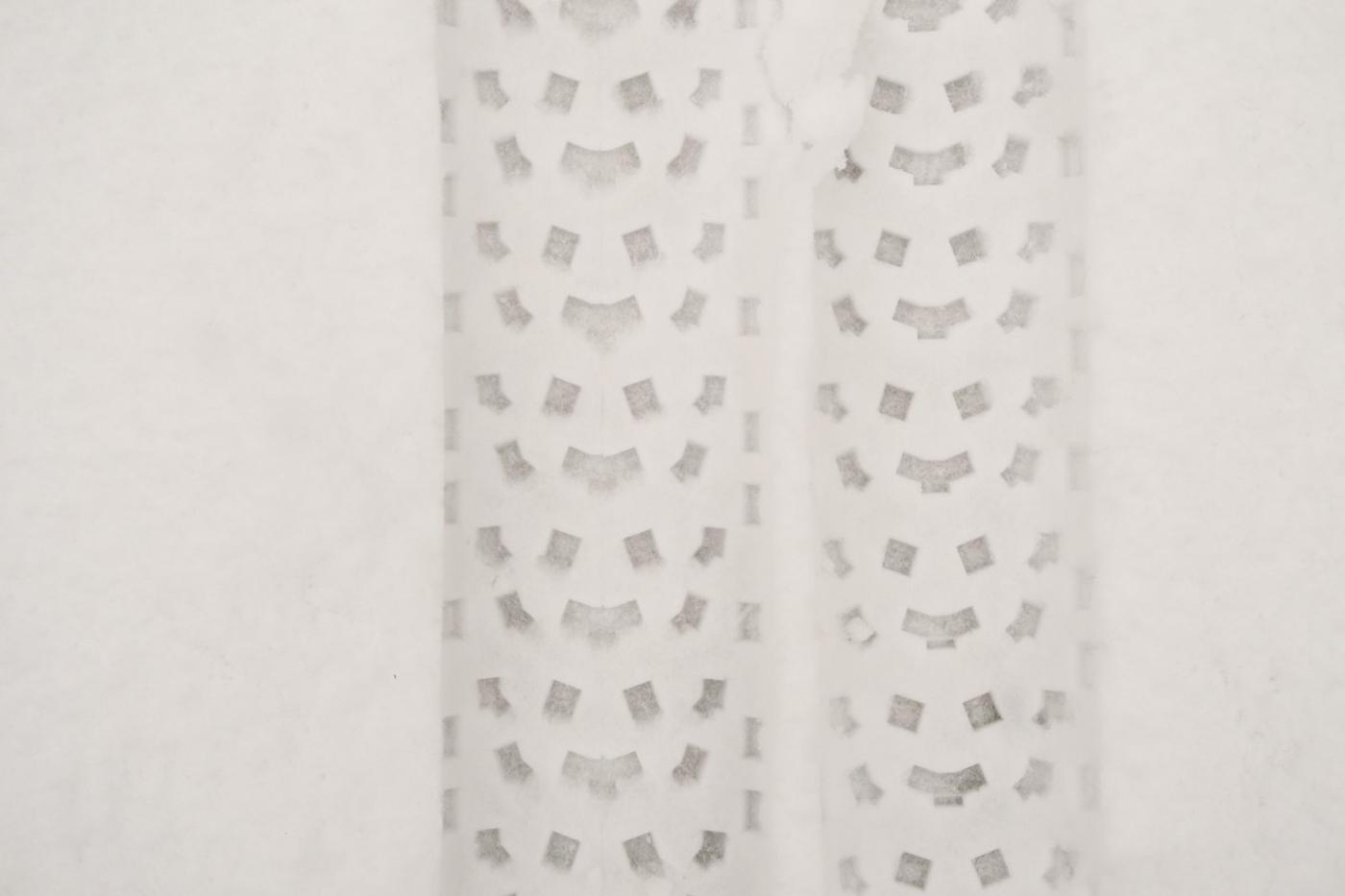 It was late September, and things had just settled down after the craziness of Interbike. I was keen to get familiar with the Ice Cream Truck before our trails were covered with snow. The classic black Surly paint indicates that this is the Ops version of the ICT, with narrower 82mm rims and 3.8” tires as opposed to the 100mm and 4.8” combination on the eye catching, sparkly blue ICT we first saw back way back at FrostBike.

While I had been sitting on the Bluto for a while already, I figured I should give the ICT a shot in its stock garb. And you know what? It rode not unlike other rigid fat bikes. Sure, the longer top tube and shorter stem felt more mountain-bikey, but the problems inherent in the big undamped spring were still apparent. One ride and I knew I wanted some squish – and that Ty Hathaway is a boss. While I was doing the fork swap, I poached a few of my favorite parts off my trail bike: dropper post, higher rise bar, and grips. 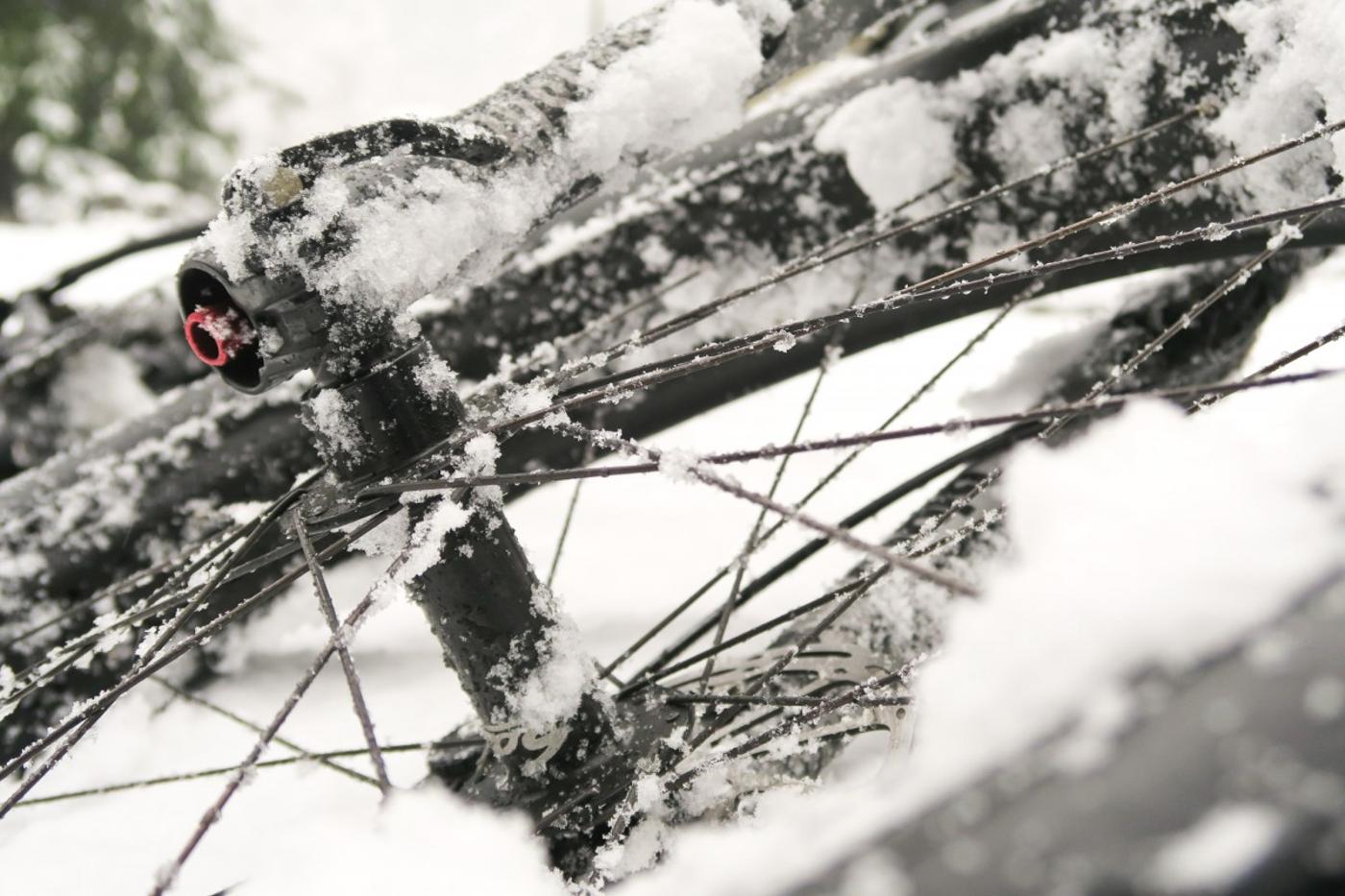 I’m not sure if I can express this clearly enough: the Bluto absolutely transformed this bike. I went with 100mm of travel and the resulting head angle was a hair under 67º. The spring and damping up front allows much higher tire pressures without that bouncy feeling, with the added benefit that you won’t get as many flats. In fact, I’ve had one flat in six months, and that was due to laziness. I’m running 9-10 psi, which is quite a bit more than most people run on 3.8s.

Once the fork was on, it only took a few trail rides for me to conclude that Surly nailed the geometry with the Ice Cream Truck. Yes, the wheels and tires still have that weighty feeling, but the bike absolutely shreds descents. The insane grip provided by the Nate 3.8s is augmented by the Bluto’s smoothness and control. Off camber corners suddenly flatten out. And the compliance of the steel frame is strikingly apparent, even through big tires.

The Ice Cream Truck is long, low, and designed around short stems. The medium frame has a 615mm top tube, which is quite generous for its 18” seat tube – most companies would call that a large. I’m usually on the largest or second-largest frame a company makes, yet Surly makes three larger sizes of the Ice Cream Truck. In contrast to this, the head tube is relatively short across the board. I’ve got 30mm of spacers below my stem and a 25mm rise bar. If you’re tall, don’t cut your steerer blindly! 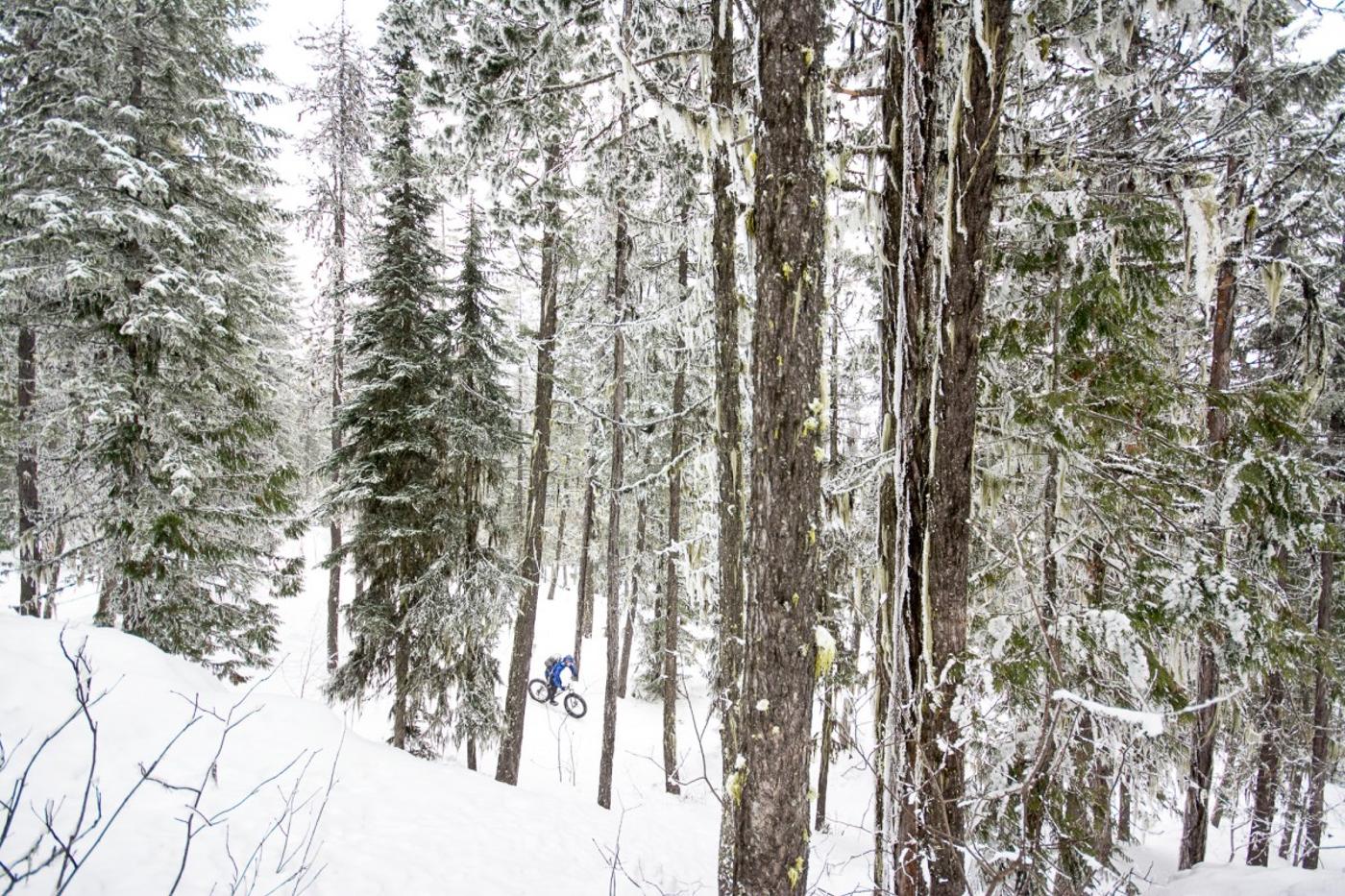 After a couple of months I was loving the bike so much that I was willing to overlook its perceived shortcomings. The weirdest thing was that I didn’t feel the need to replace the retro-grouchy cable brakes and thumb shifters. Sure, the BB7s are mushy and I can pull the levers right to the bar, but they have plenty of power even in steep terrain. And while the quality of the Microshift thumbies is excellent and they are a joy to use, they are not conducive to quick shifts in undulating terrain.

The only thing I really can’t excuse is the loose fit of the tires and rims. Sure, you can change a tire without levers, but setting these things up tubeless is like stepping back five years in the normal mountain bike world. I’m over it. As more companies put their efforts into fat bike technology, and more people want to ride them as mountain bikes, the wheel and tire interface will have to tighten up. Another quibble: Surly’s modular dropout system is more adaptable than a rear-facing dropout, but their 197×12 through axle – which uses bolts at both sides – is somewhat clunky in practice. 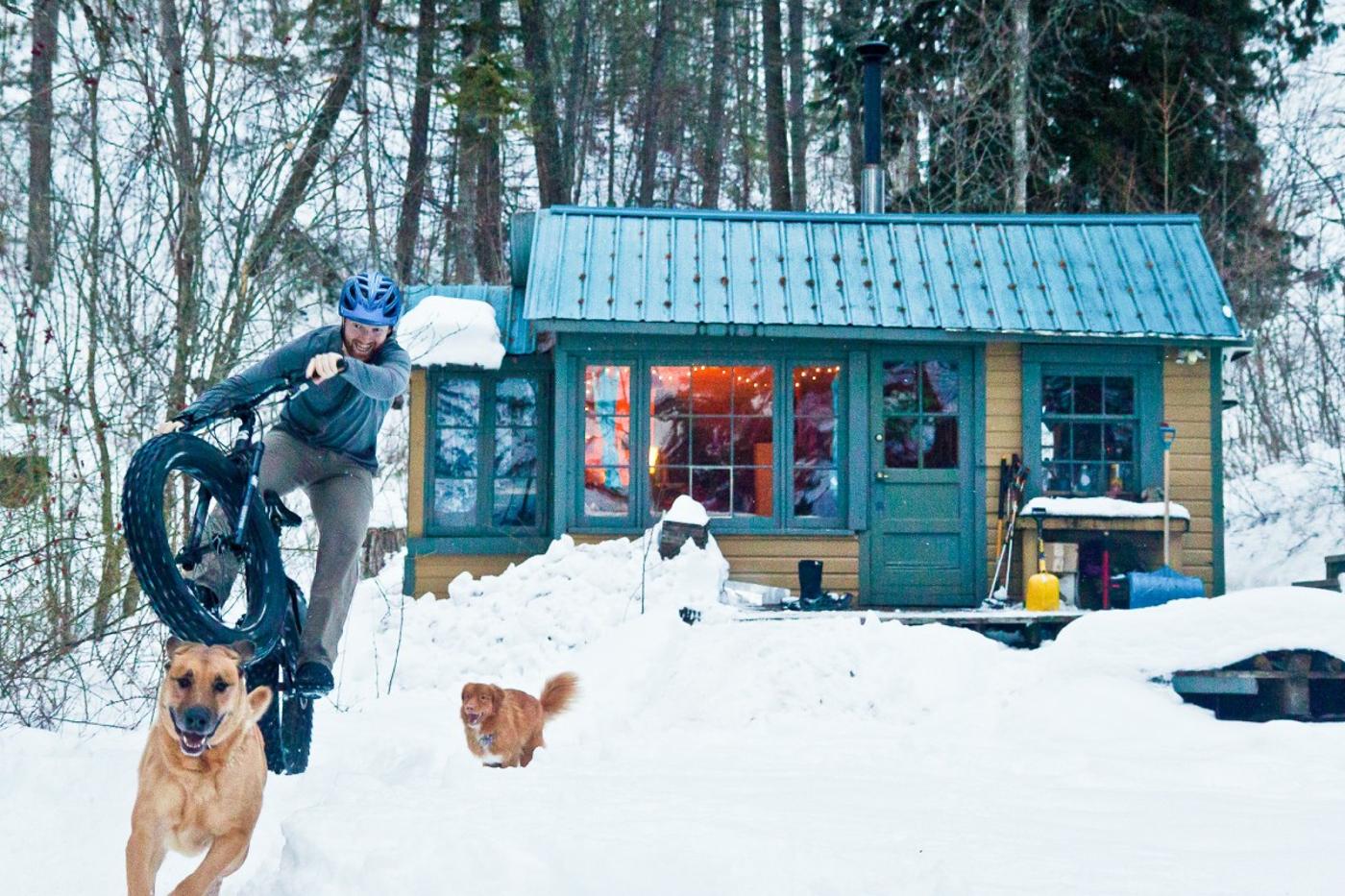 As winter came along and commuting in the snow became a reality, I switched up the Nates for Surly’s Bud and Lou 4.8s. 250 grams a tire is immediately noticeable, but these tires also ran significantly smoother and quieter than the Nates on pavement. However, when I had the chance to ride the 4.8s on trail back in Vancouver, I found myself wishing for the 3.8s. While the ICT is built around accommodating the biggest tires on the market, I personally prefer the way it rides on smaller rubber.

After a few visits to our local XC loop for some fun winter riding in December, we were hit with an absolute wall of snow. We had almost two feet of the stuff out our front door – so I built a pumptrack off the front deck. That was fun – but to be honest that dump of snow was debilitating. Fat bikes aren’t that great for riding in deep snow, which means packing trails.

As the only person with a fat bike in a 50 km radius, I felt pretty overwhelmed by the snowpack, and stuck with my front yard pumptrack for a few weeks. I was kickstarted off the couch by a ridiculous, yet awesome idea: a fat bike enduro race at the Rossland Winter Carnival. Just over 100 km from where I live, the fat bike communities in Nelson and Rossland are really jamming. We had almost 40 racers on a two-stage race with lots of camaraderie. 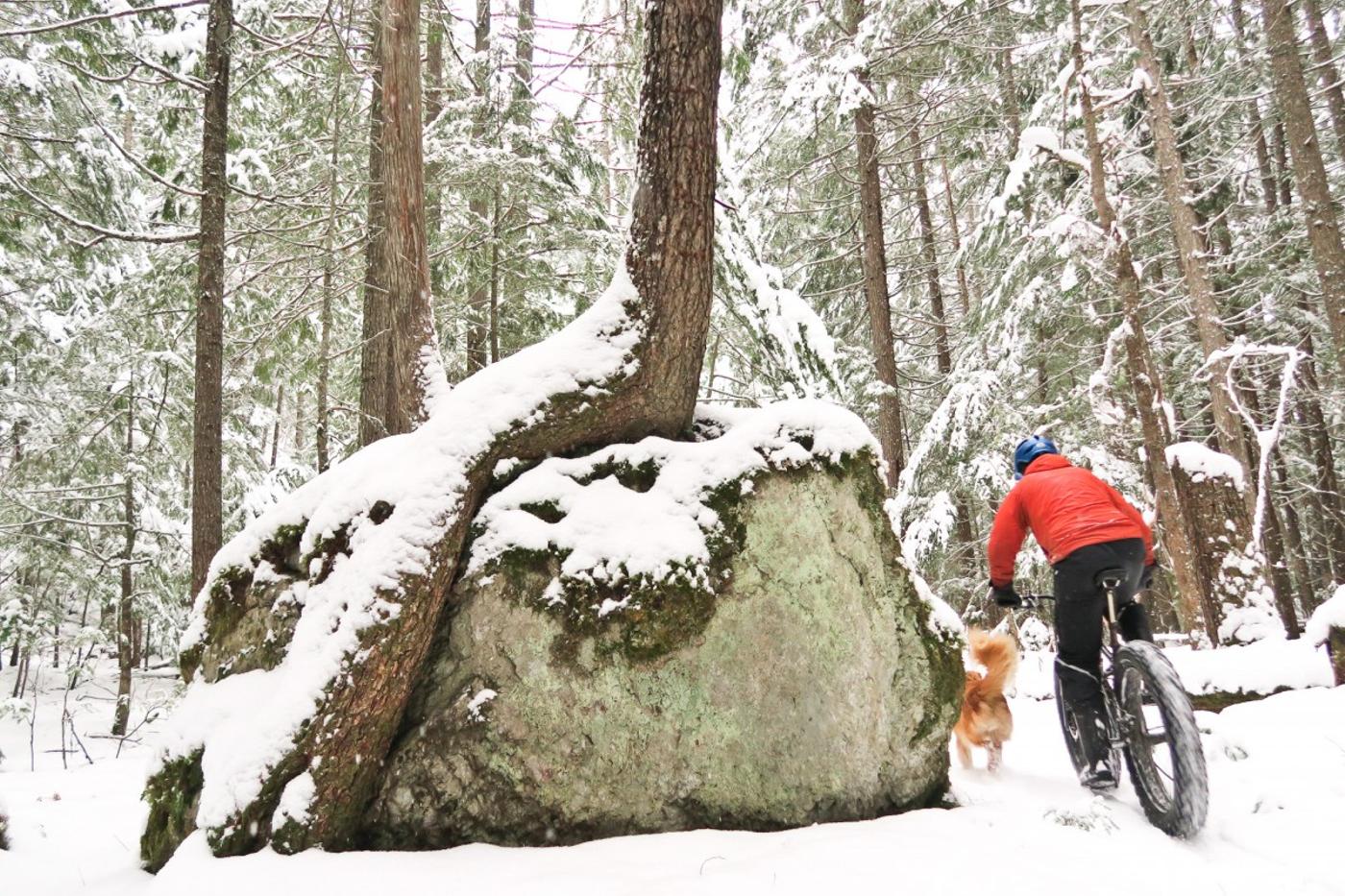 Soon after this we were actually starting to see ground again, and some of the lower elevation trails in the area were opening up. I hastily and happily switched back to the 3.8s and was stoked to shred brown pow instead of white. The prediction that I would be itching to get back on my 2.3s simply didn’t materialize. Instead, I’ve been scheming on what else I can do with this bike.

With a mountain bikepacking trip shaping up this summer, I feel like the Ice Cream Truck – with either the Bluto or the stock steel fork – would be a great choice. Yet I still question what to do about the wheels. The frame fits the largest tires currently on the market, but does that necessarily mean you need to fill all that space all year long? Sure, a fast-rolling, lightweight 26×3.8 tubeless setup would be rad, but what about experimenting with 27×3.0? I’m confident this bike is more of an all-rounder than it may at first appear. 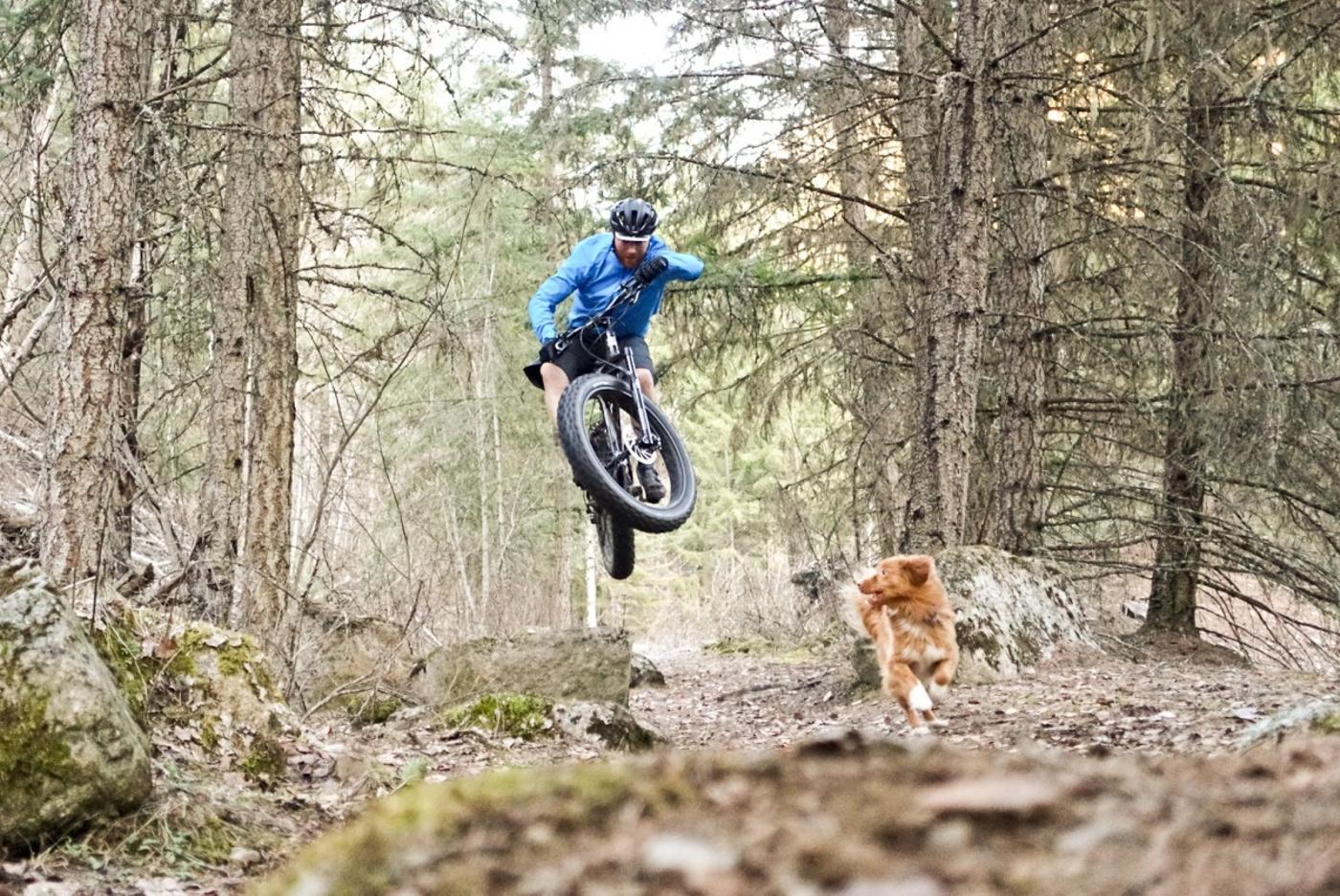 You know that feeling of being one with a bike, riding it everywhere without worrying whether it’s perfect for the application? I’m there with the Ice Cream Truck. Six months of riding, through three seasons, has me seeing the platform’s versatility rather than its limitations. All in all, the Ice Cream Truck is classic Surly: bombproof, if a bit industrial, but with a familiar, homey feel once you’ve spent some time on it.