On my last day in Portland, Ira and Tony from Breadwinner Cycles invited me on a Sunday afternoon trail ride, about an hour outside of Portland in the Brown’s Camp trail network. Up until that point, all I had ridden in the PDX area was Sandy Ridge and a few trails in Forest Park. Not exactly a sampling of the land.

Personally, I’m more into riding cross-country trails, rather than gravity parks or overly-groomed systems. I want to ride narrow, steep hiking trails, not jumps and smooth berms. While Sandy Ridge had plenty of that, I was looking forward to Brown’s Camp, because everything I’d heard about it sounded promising. We woke up relatively early, scooped up a rental for me from River City Bicycles (thanks guys!), drove the hour outside of Portland and began to set up bikes at the Gales Creek parking lot. At that point, it was just Ira, Matt Hall and myself. We knew Tony and Hurl were en route, but were unsure if our wildcard guest would be joining us. Sure enough, as we were ready to roll, Chris Igleheart pulls into the parking lot. The significance of this really made the afternoon for me, seeing as how the last time Chris had ridden these trails was over 20 years ago. A lot has changed since then, including mountain bikes. 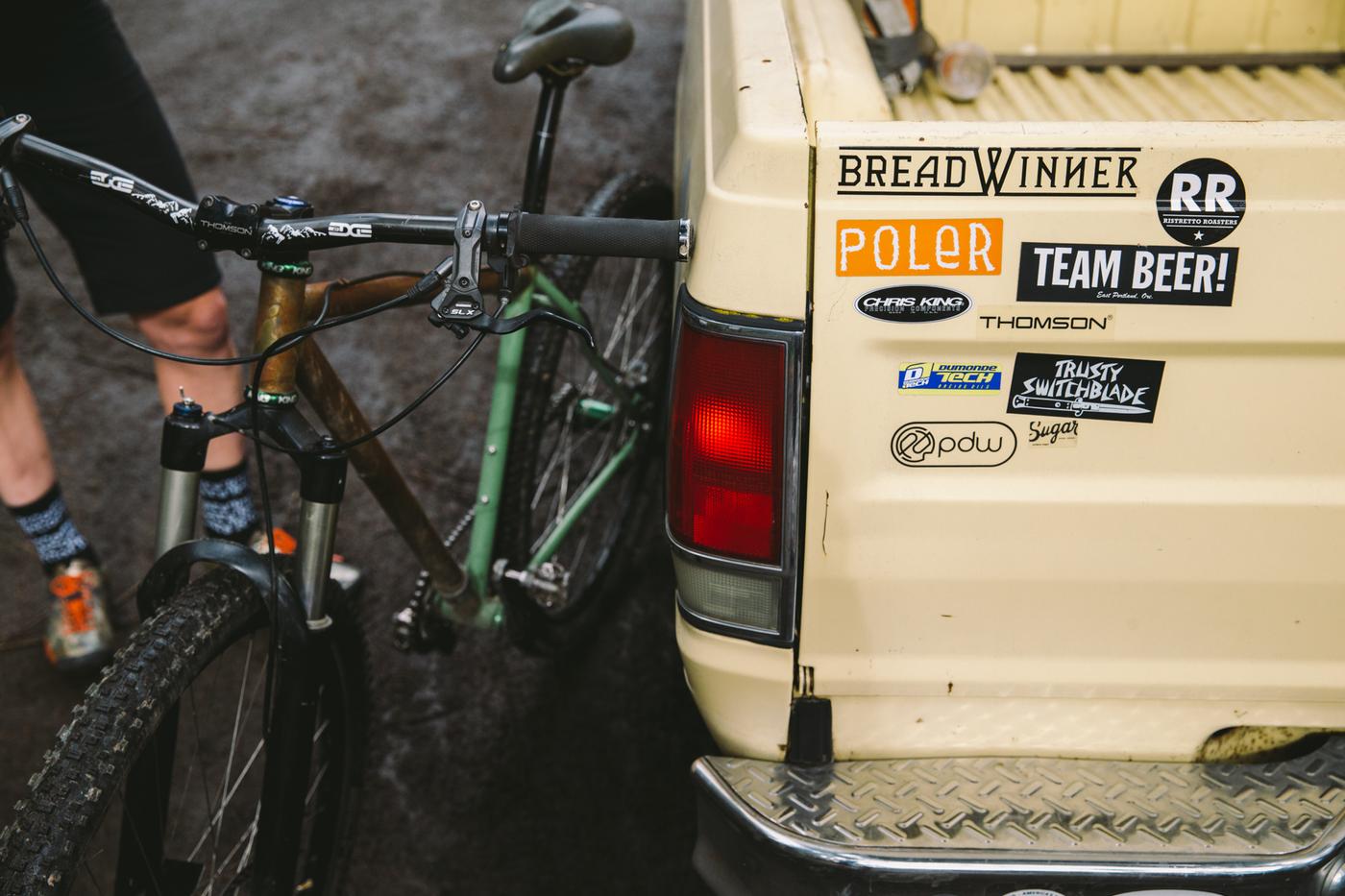 For those of you who don’t know who or what an “Igleheart” is, I might suggest a quick Google query. The short of it is, Chris has worked for a number of builders over the years. From Fat City back in the day, to his own company and now, he’s aiding Breadwinner in fabrication of their bikes. Having a guy like Chris on board has helped Tony and Ira make their process smoother and in turn, they get to support a living legend, all while making incredible bikes for people to ride. Not bad if you ask me. We take off, after Ira stashed a 6-pack in the frigid river for later, and began climbing. We were assured that even though the north side of the range would be a little damp, most of the trail was dry… Dry ish. We’d spend the morning walking around the big mud holes. Some sections are ridable, others are not. Such is mountain bike life. Sometimes you make the climb by digging in hard and other times, you just walk it. From there, we crossed the highway to Brown’s Camp, which is where it got interesting… Check out the rest of the story in the Gallery and see our ride at my Strava.