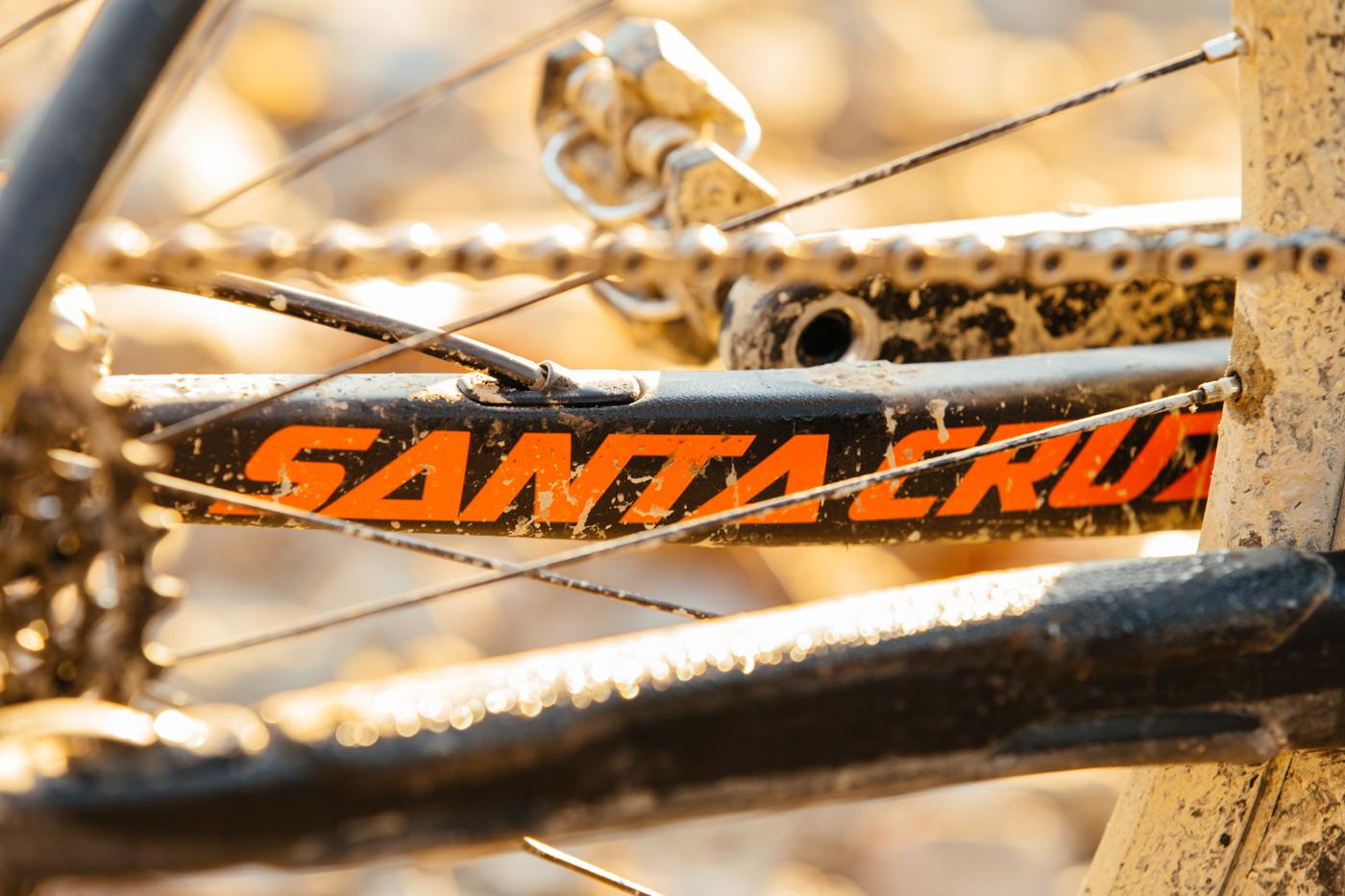 First of all and probably most noticeably, the Highball now has internal cable routing. Utilizing a new carbon layup allowed Santa Cruz to develop a fancy new routing system, with the brake line running through an integrated tube within the frame layup. In doing so, there is no knocking or rattling inside the downtube as you smash about the trails. This means there’s no finicky routing techniques or special tools needed. Simply thread the cables through. 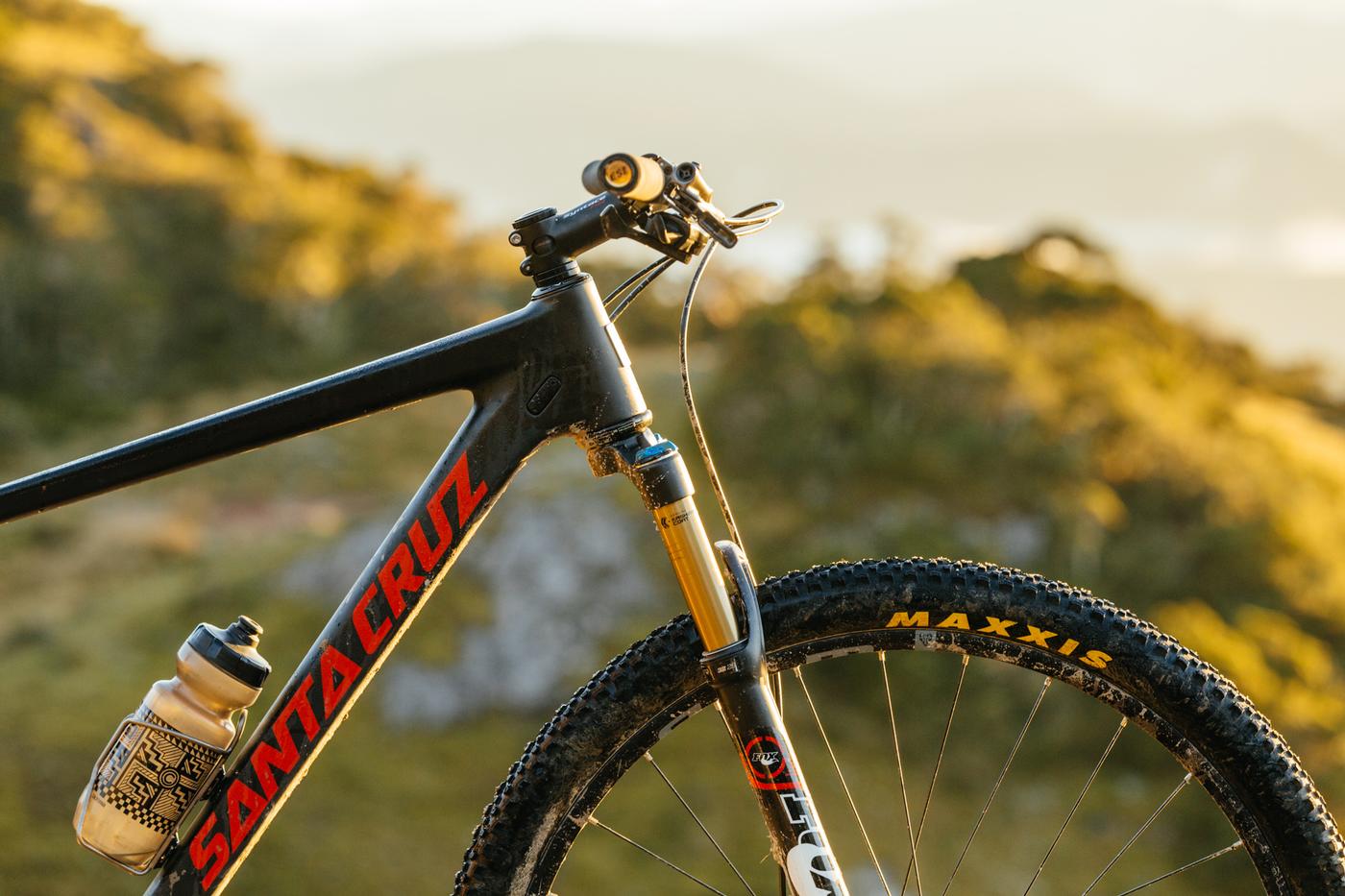 Second of which, the angles. The Highball got slacker on the seat tube (from 73º *in the carbon L frame* to 71º) and steeper on the head tube (from 70º to 70.5º). With a 430mm chainstay, the new geometry offers a slightly longer wheelbase from the previous model, which in turn, brings more stability at higher speeds.

There’s also the 27.2 seat post, which steps aside from the 30.9 realm Santa Cruz has firmly been planted in. This is a total declaration of XC bikes and a firm reality of what exactly the Highball is… a no holds barred, lightweight cross country race machine.

Strangely enough, this was my main issue with the bike, yet Thomson’s 27.2 dropper is a perfect solution to this pinch in diameter. Although there are no cable guides for a dropper present, so you’ll have to zip tie the line to your top tube. Or, just leave this pure XC race machine as is, which I found to be quite enjoyable, even without a dropper.

As far as pricing is concerned, there are now two layup options, the C and CC. C being the standard issue Santa Cruz carbon layup and CC being the higher end option, resulting in around a 177g weight savings – CC size medium is 1193g and the C size medium is 1370g. The Highball is also available in aluminum, with easily converted SS bolt-on through axle dropouts, while the CC and C models have standard thru axle dropouts.

With a few build kit options, the Highball is ready for a 1x setup with a branded SRAM derailleur plate and a cover for that front derailleur cable stop port.

After one, rather long day on the bike, I felt that I had an understanding of what Santa Cruz was trying to achieve. While the internal routing is supposedly quiet and rattle free, it took a bit of adjusting initially, as well as keeping the cables on the front end from clapping together. 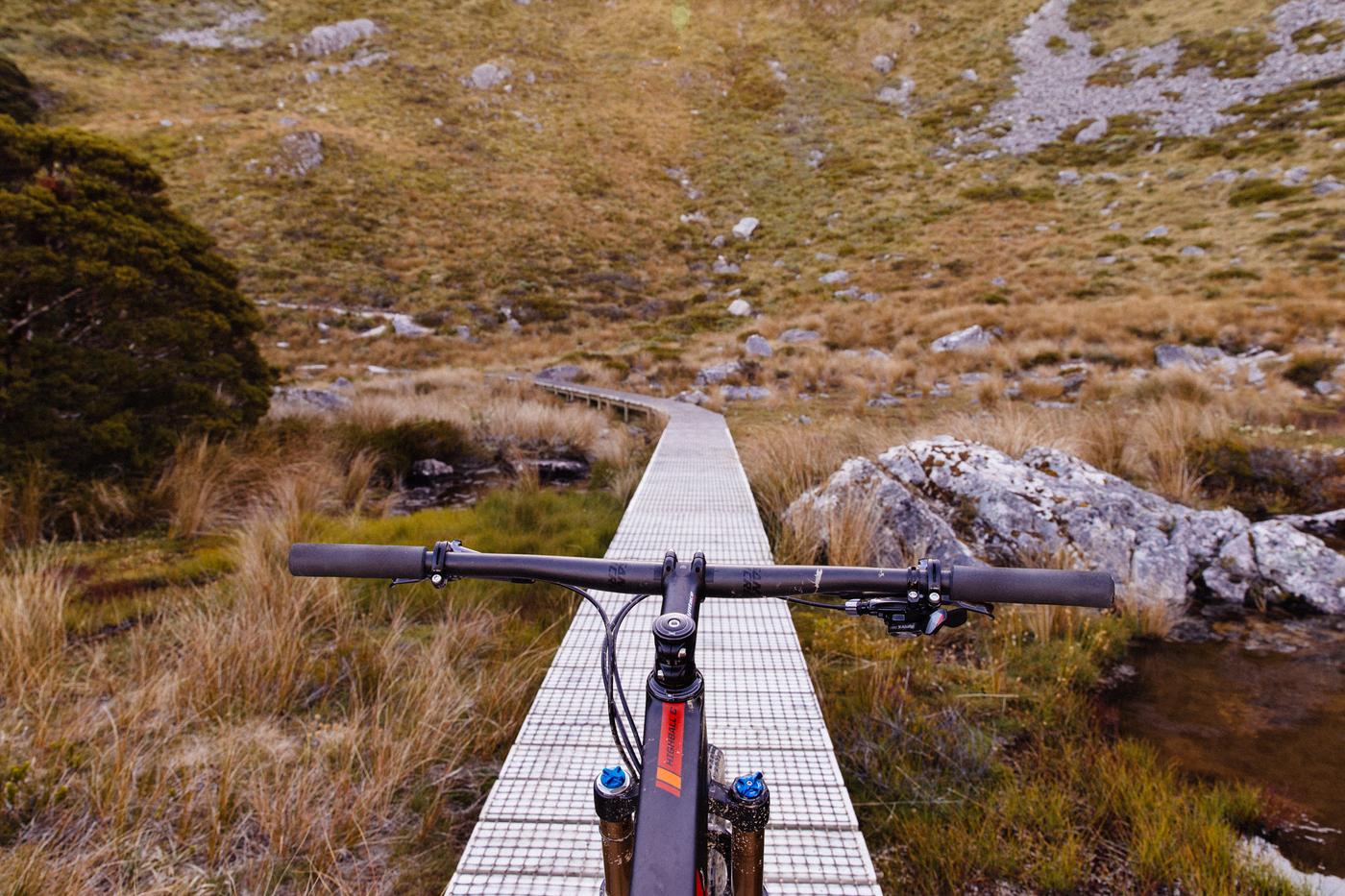 Once I spent a few seconds securing everything, it was noise-free for the entire ride.

The weight of the bike was immediately noticeable. It’s very well balanced with the 100mm FOX 32 Float CTD and XX1. It just wanted to lift-off on every single little trail jib spot. While it climbed great, the descents took a little getting used to, with the 70.5º head tube angle and lighter fork – I’m coming from a 69º and a Pike for reference.

Unlike a lot of lightweight carbon frames, there was very little noticeable flex, or creaking. The tubes feel solid and the construction is flawless. Since this was a shakedown ride, a few bolts had to be re-tightened but aside from that, the bike rode incredibly well, exceeding my expectations. Honestly, I’ve never really enjoyed riding carbon hardtails. The Highball changed that and it got even better with the 27.5 wheel size.

It wasn’t until attempting to descend and ascend tight switchbacks that I felt the steeper headtube and lack of a dropper post to be troublesome. Again, I don’t think Santa Cruz is marketing this as an all-rounder, AM hardtail, it’s clearly a more race-driven bike and XC races aren’t going to descend into trails like this.

For the extent of the day – more on that later – the Highball C was a great bike. I hardly had to adjust my riding style and its weight made the long climbs a bit easier. Best of all, with various build specs and material options, there’s something for everyone’s price range.

The Santa Cruz Highball CC frameset is available in black or blue for $1,899.
Or, in a very affordable Aluminum frame for $750 USD 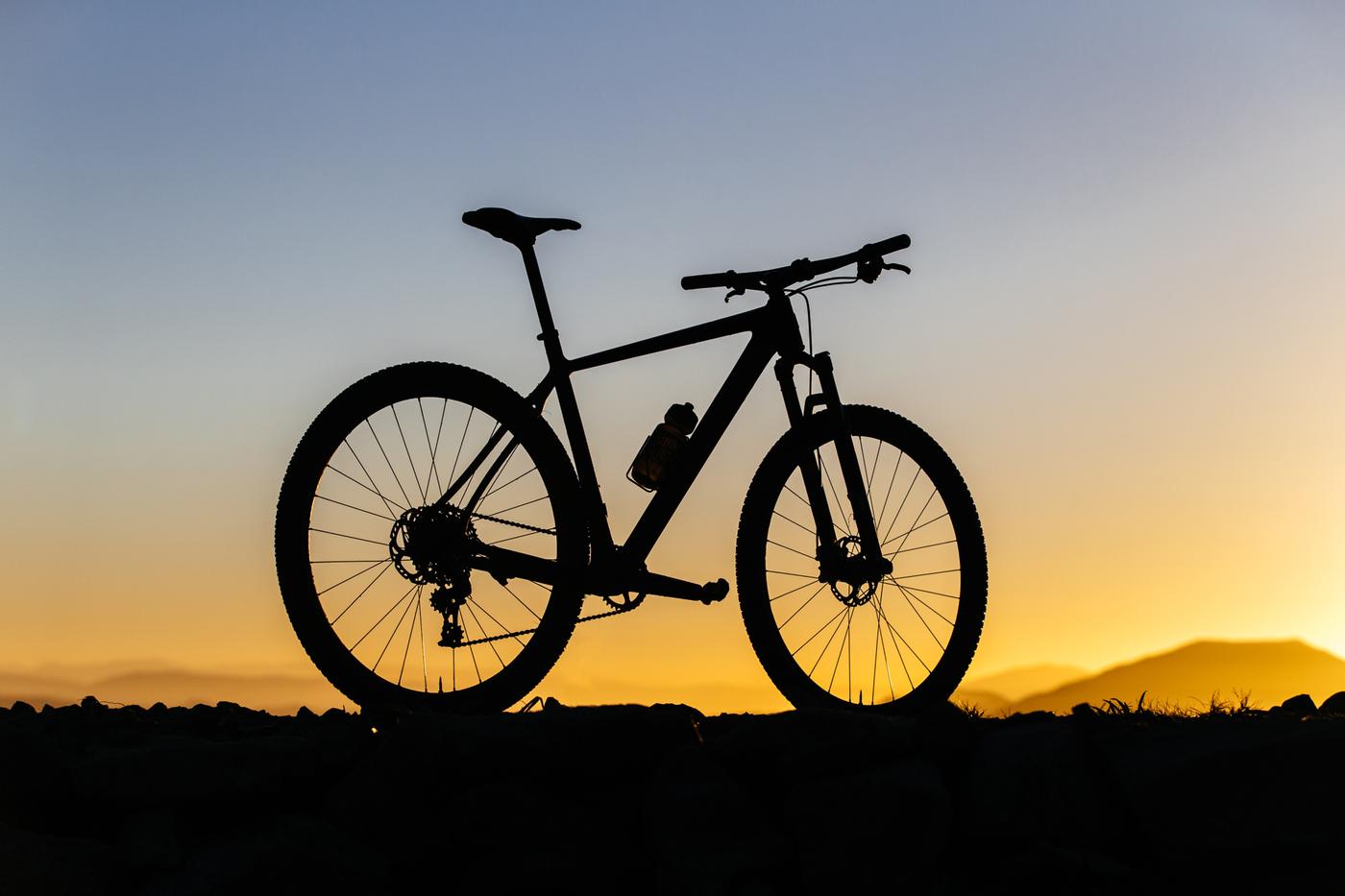