We'll get to you later!

Sedona. One of the Four Corner’s MTB meccas. South of Flagstaff and North of Phoenix, it’s nestled in a red rock enclave, a bastion against the sprawl of both western cities, firmly planted in its history and individuality. While there is a greater story to be told of the area, which we’ll get to later, I found myself here yet again for a press camp. Adult daycare for journalists, press camps, when embraced properly are a great way to see the local trails, sample the local cuisine, and gain a better understanding of the locale.

When REI pinged me, asking if I’d be interested in attending the camp for their new DRT 3.2 full suspension MTB, I couldn’t resist. Turns out, I was already planning on being in Flagstaff the weekend prior, so it worked out perfectly. 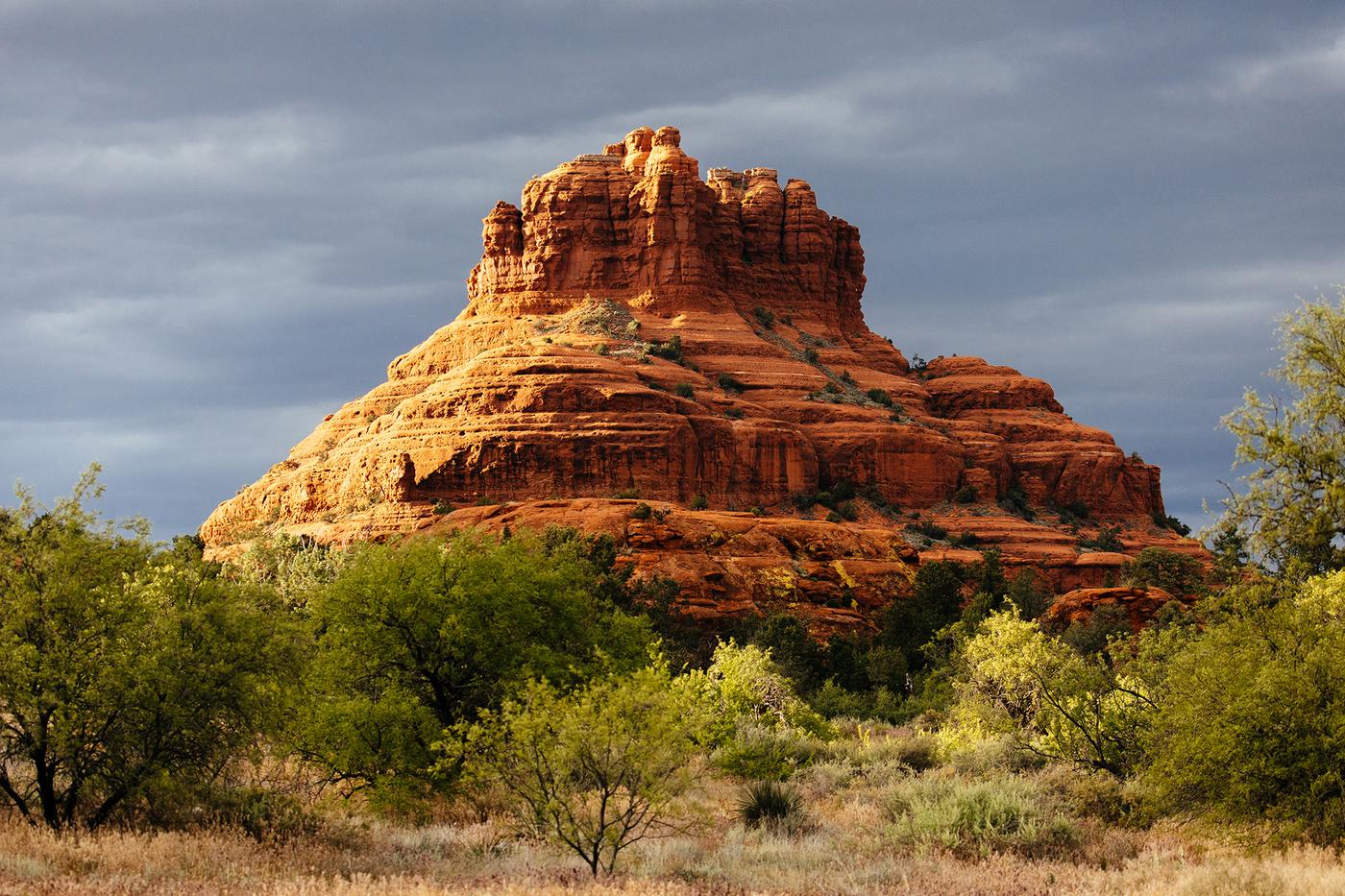 I loaded up the truck and headed to the great state of Arizona.

Arriving early to Sedona after fulfilling my Flagstaff obligations, I was greeted with snow, sleet, and hail, from the death grip of a bitter winter. “Great,” I said. “Another skunked time in Sedona!” Back in February, I had planned on attending the Sedona MTB Festival, but it snowed two feet a few days prior, forcing me to change plans. It’s been a finicky and temperamental winter in the Southwest.

Like most storms in the desert, the precipitous Sedona greeting subsided as quickly as it arrived and shortly after, I found myself at the Red Agave Inn, greeting friendly, smiling faces, eager to ride the new bikes on glorious red Slickrock. 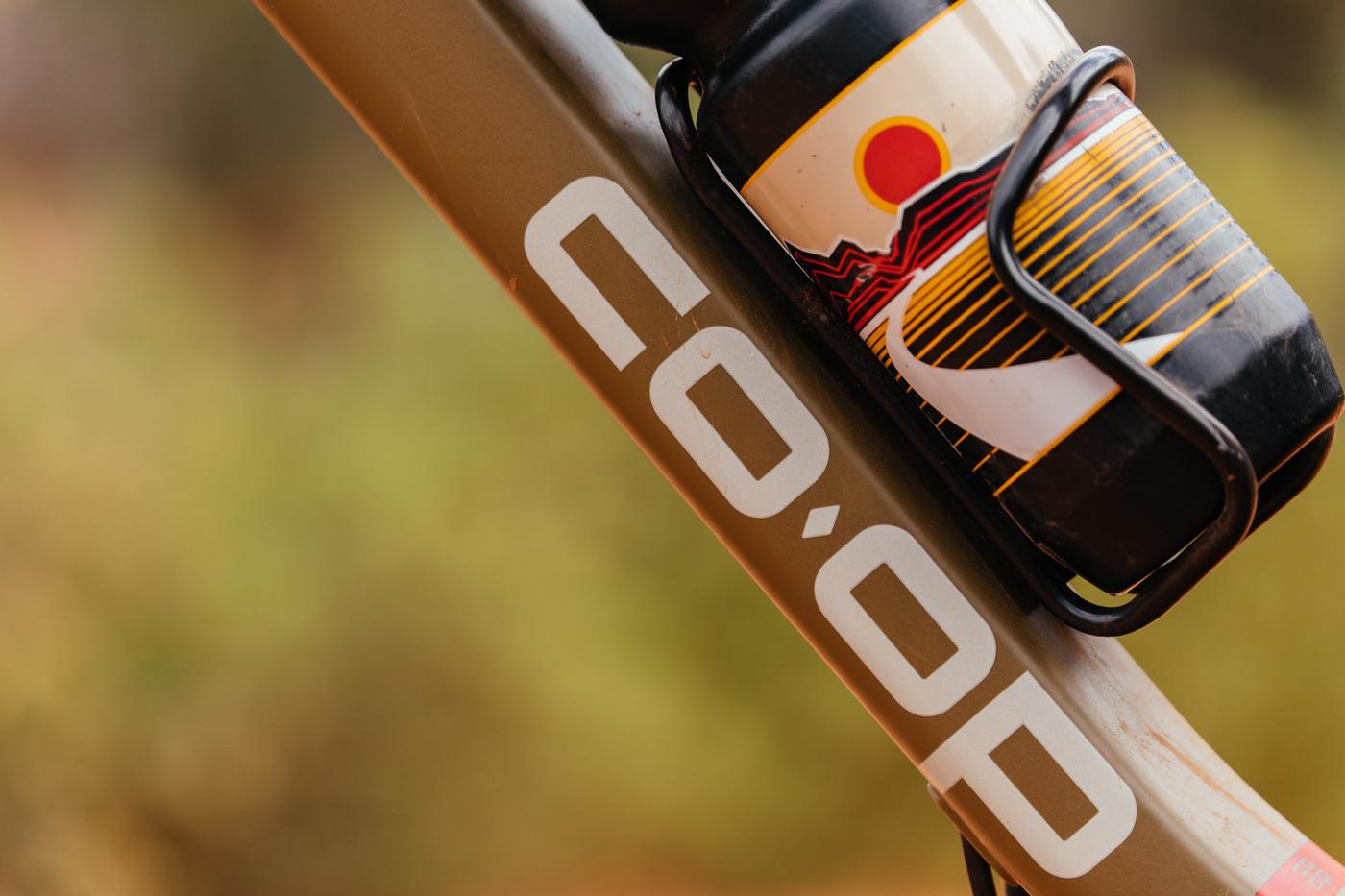 REI rebranded their in-house cycling line from Novara to Co-Op, a name that reflects its company’s business model. They’re a co-op and to become a member, you pay a $20 lifetime membership fee. Then, at the end of each fiscal year, you receive a 10% dividend back in the form of store credit. This applies to non-sale items only. At the end of the year, these dividends are a great surprise and also a reflection as to how much you spend at REI each year. A dividend of $500 means you spent a lot of money at the retail chain. There are more details on the dividend, which you can read all about at REI.

The DRT MTB line applies to the $499 DRT 1.1 up through this model, the DRT 3.2, which retails for $2,799.00. They also have an ARD model, or “all road” disc bike. Each notch up in the nomenclature is indicative of a better component spec. For instance, the DRT 3.1 is a $2,199 MTB but has considerably lower components – instead of NX Eagle, it has a mix of Deore and Tektro. 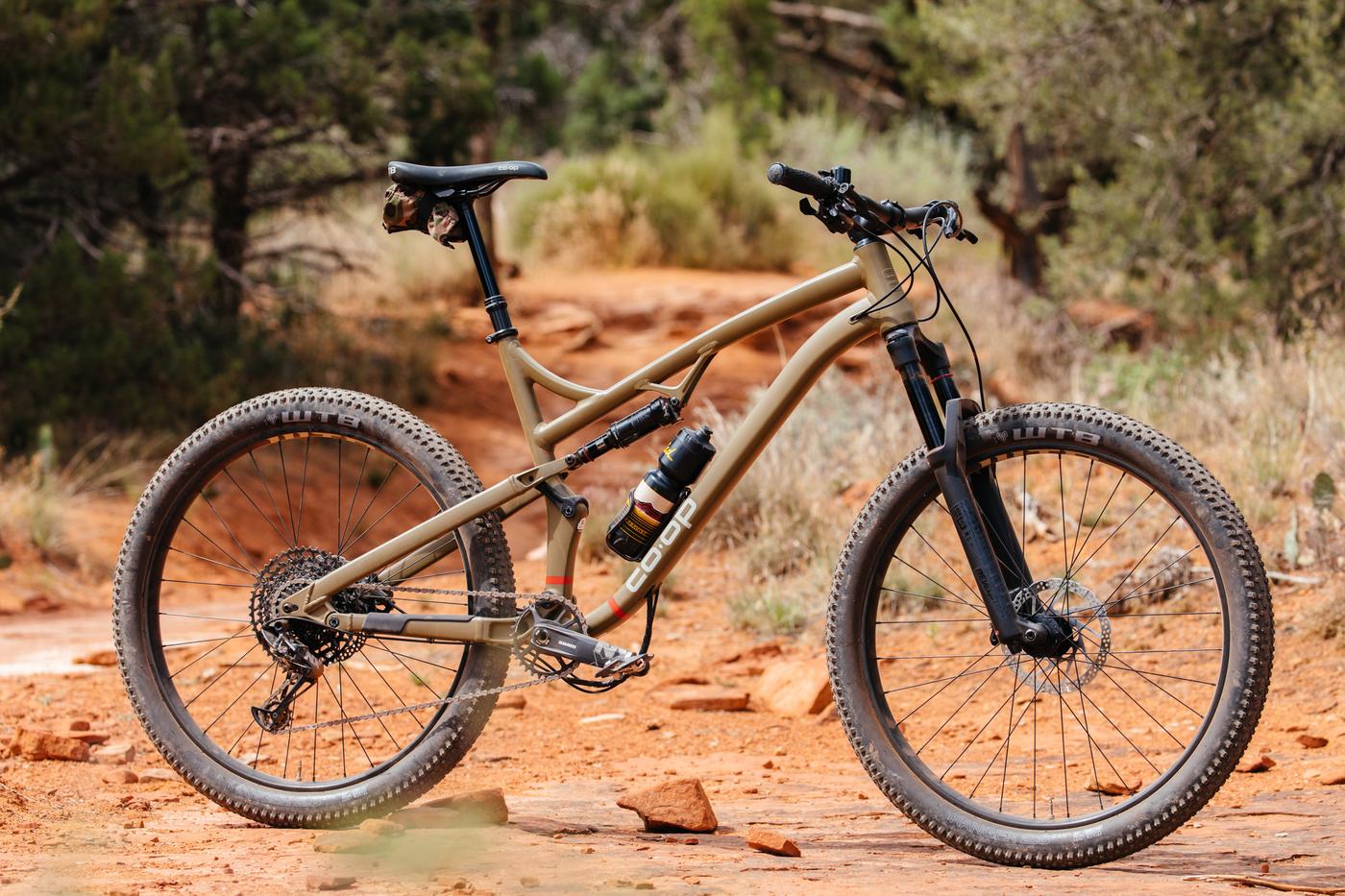 To be honest, I didn’t know what to expect with the DRT 3.2. At that pricepoint, it better be able to handle the trails of Sedona, especially with a lot of other full suspension bikes hovering anxiously around, awaiting for consumers to bite. Yet, the trails on the agenda really spoke worlds about REI’s confidence in the bike’s abilities. Chuckwagon, Mescal, Long Canyon, Templeton, Slim Shady, and more. While none of these are double black diamonds, there are a lot of bonus lines on these trails that would surely test this bike’s abilities. As I sent a big drop, someone commented, “I don’t know what’s more impressive, your confidence in the bike not exploding, or the fact that the bike didn’t explode.” 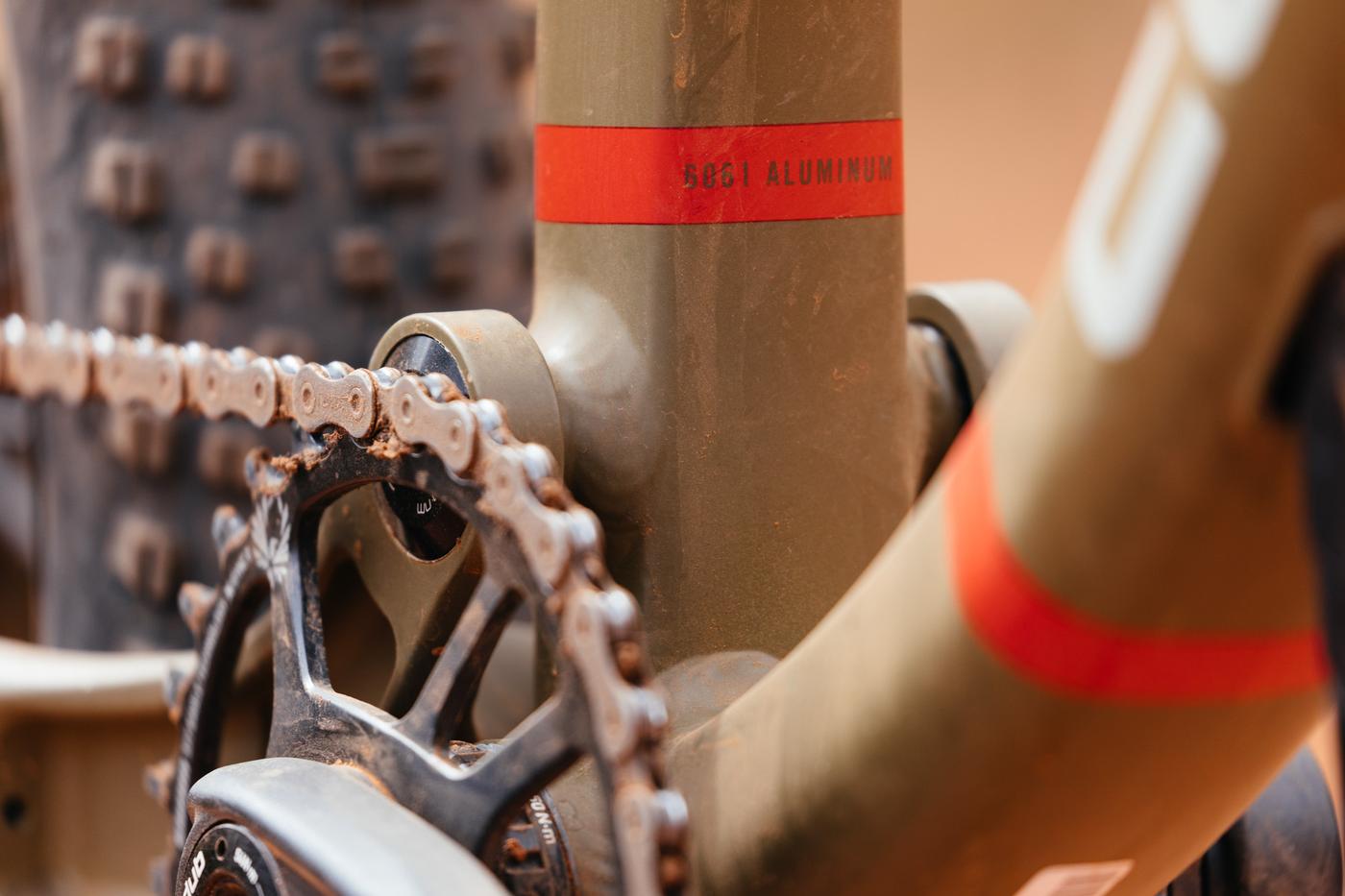 Built from 6061 aluminum, coated with a lovely matte olive drab paint, and spec’d with a Rock Shox Revelation RC fork (120mm travel on the XS and S models, with 140mm for the M-XL models) and a RockShox Monarch R Solo Air rear shock, the DRT 3.2 felt familiar, if only nuanced in handling and performance, when compared to other high-end bikes I’ve ridden. It utilizes a progressive, Horst-link suspension that worked and pedaled nicely, so I can’t really dive in anymore on the suspension design.

The XFusion dropper performed flawlessly during my three days on the bike. Previous experience with the brand’s droppers have been less than favorable, but most droppers have had a rough go at it. At the end of the day, proper shock setup makes all the difference. Once we dialed in the bikes, we all exclaimed how capable these bikes were. With a full WTB tire, wheel, and saddle kit, even the contact points felt familiar. 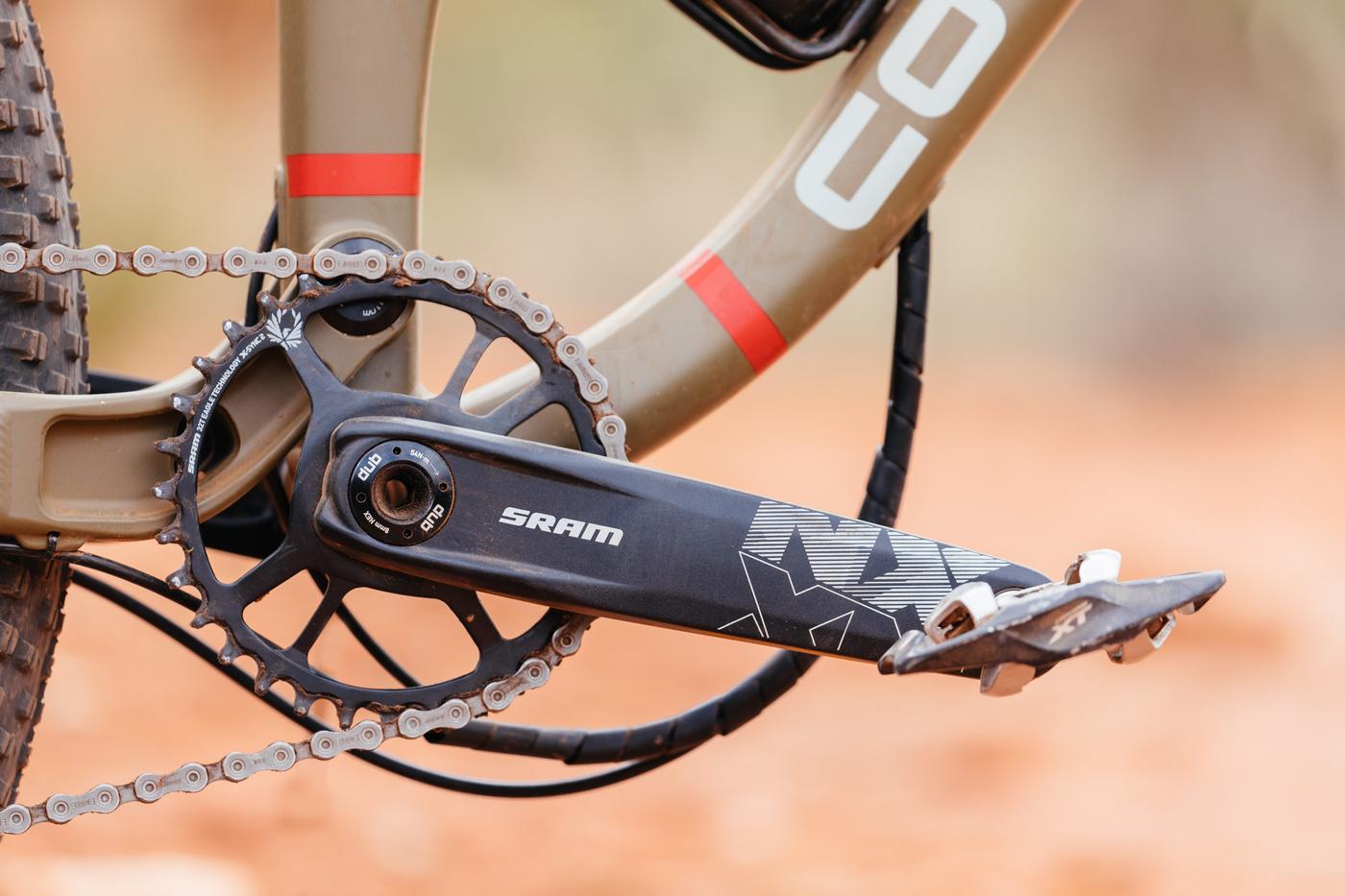 About those cables… these bikes were pre-production and lacked the cable tie to bring the cluster tight against the downtube.

While the DRT 3.2 is still a lot of coin for people looking to broaden their perspective on the MTB experience, at $2,799, the dividend return at the end of the year is a way to sweeten the deal. Tess Strokes wrote a nice review for us…

“I spent two days on the new Co-op Cycles DRT 3.2 in Sedona, riding everything from the fast-and-flowing Chuckwagon—Mescal—Long Canyon loop to the techier Templeton Trail to the extremely rocky—almost unrideable—Airport Loop. The DRT 3.2’s stack-and-reach based geometry and versatile fit (I jumped on and pedaled off with the least amount of tinkering I had ever not missed) mimics the Co-op Cycles DRT 3.1 and offers the same plus tire to maximize confidence and enjoyment right out the gate. But a combination of features on the 3.2 support rider progression, like the WTB Tubeless Compatible System (Co-op Cycles uses TCS rim tape, so all you’ll need to convert the DRT 3.2 to tubeless are new valve stems and sealant), a RockShox Revelation RC fork and a Monarch R rear shock, an X-Fusion Manic dropper and 1x drivetrain.” 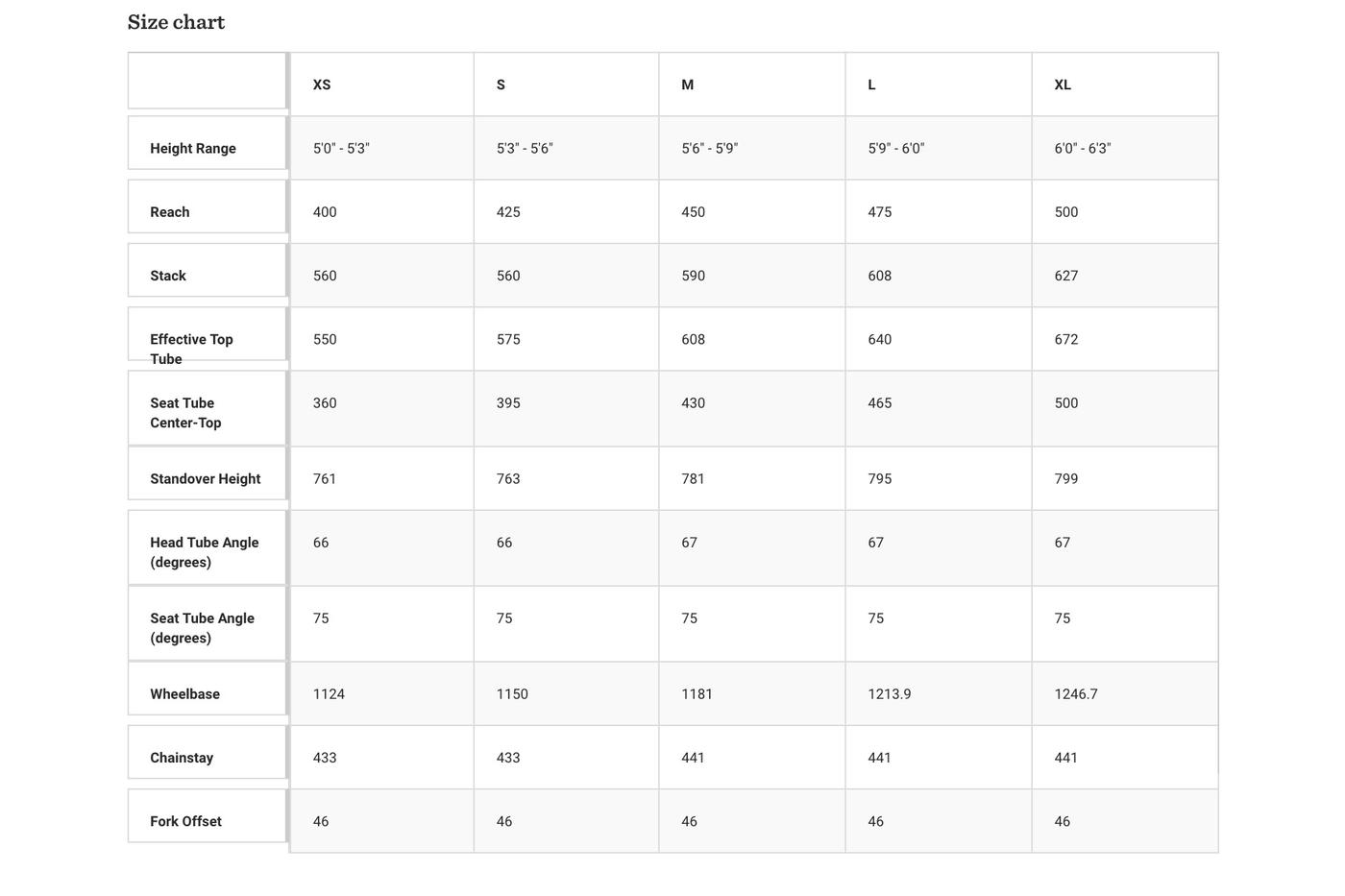 “Co-op Cycles is committed to fitting riders, agnostic of gender, from 5’0” to 6’3”, which led the brand to offer XS and SM versions of the bike with 26+ x 2.8 in. wheels to fit a wider range of folks and maintain a frame geometry that’s consistent with the larger size offerings. At 5’4”, my SM DRT 3.2 handled extremely well down steep descents and felt efficient under power during ledgy climbs or pedaly, smooth sections. The 120mm of front travel vs. the 140mm offered in M-XL provided adequate support for every Sedona trail I rode (even that heinous Airport Loop South). Those looking to upgrade from an existing Co-op Cycles DRT hardtail and gain more confidence will especially enjoy this bike, as will any rider seeking a high-quality full-suspension do-it-all ride. ”

Tess’ review is on-par with my feelings on the bike. Yet, I personally would have been interested in seeing a 27.5 size small bike with more travel. That’s tricky, I know but in the interest of consistency, I’d love to see what that bike would look like. 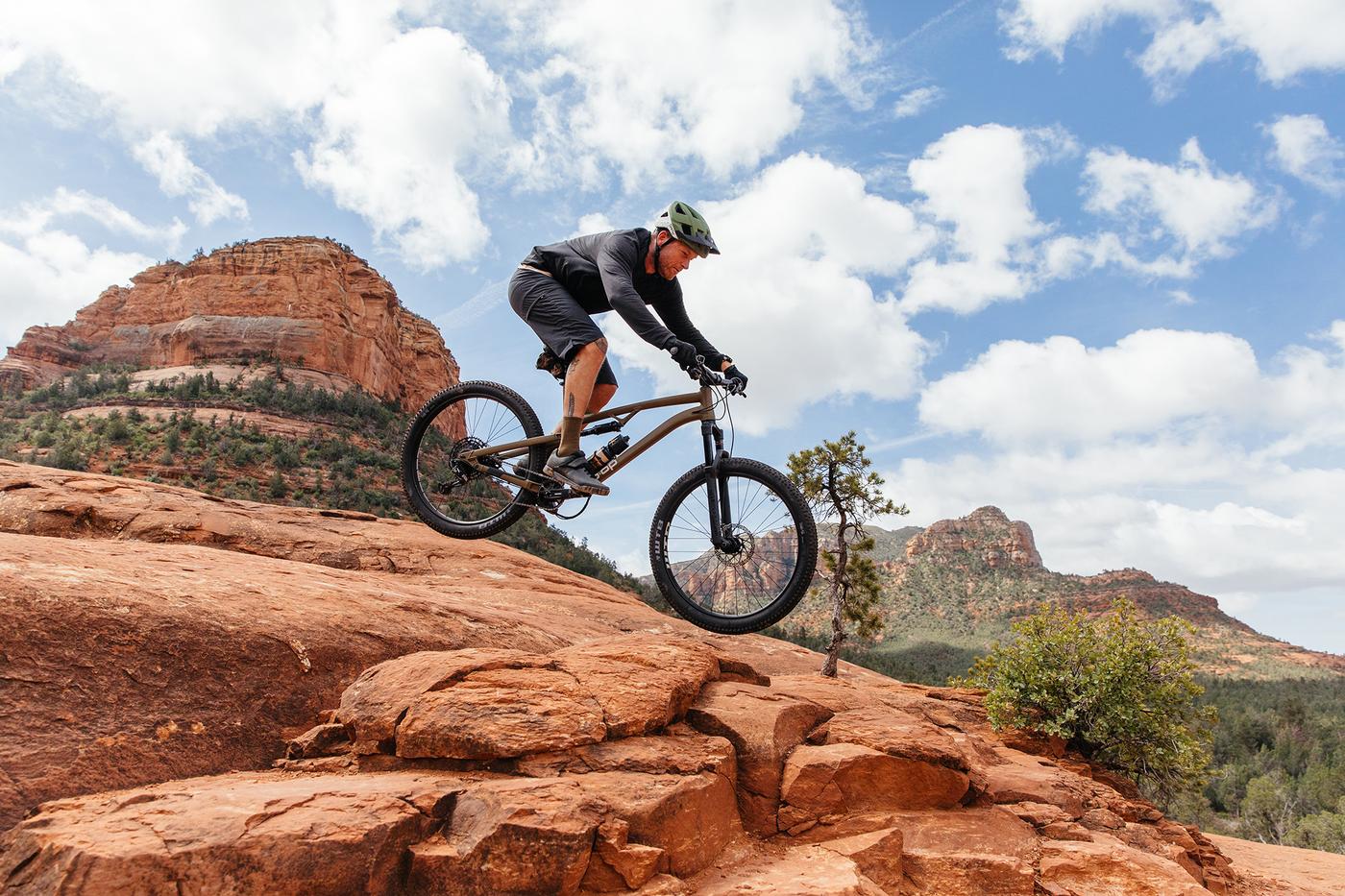 As for the geometry and handling, the first thing I noticed on my size XL, coming from a 77º STA, was the slack – by comparison – seat angle of 75º on the DRT 3.2. You wouldn’t think that 2 full degrees would make that much of a difference, but boy does it ever while climbing up Sedona’s steep trails. During the first ride, it felt like I was falling off the back of the bike. Yet come the second and third ride, I had adapted my riding to this sensation. The human body is an amazing piece of machinery, isn’t it? Usually, it doesn’t take me long to adapt to new geometry and while a majority of MTB design has shifted to a steeper seat tube angle design, I can’t blame REI for sticking to the tried and maybe not as true, but as familiar angles of the bike. Contrastingly, the 67º HTA felt totally acceptable. We were definitely underbiking some of the bonus sections, but I found it fun, coming from a much larger, slacker, longer bike in recent weeks. It kept me on my toes. Now would I have ridden Hiline or Hangover on the DRT 3.2? Probably not… 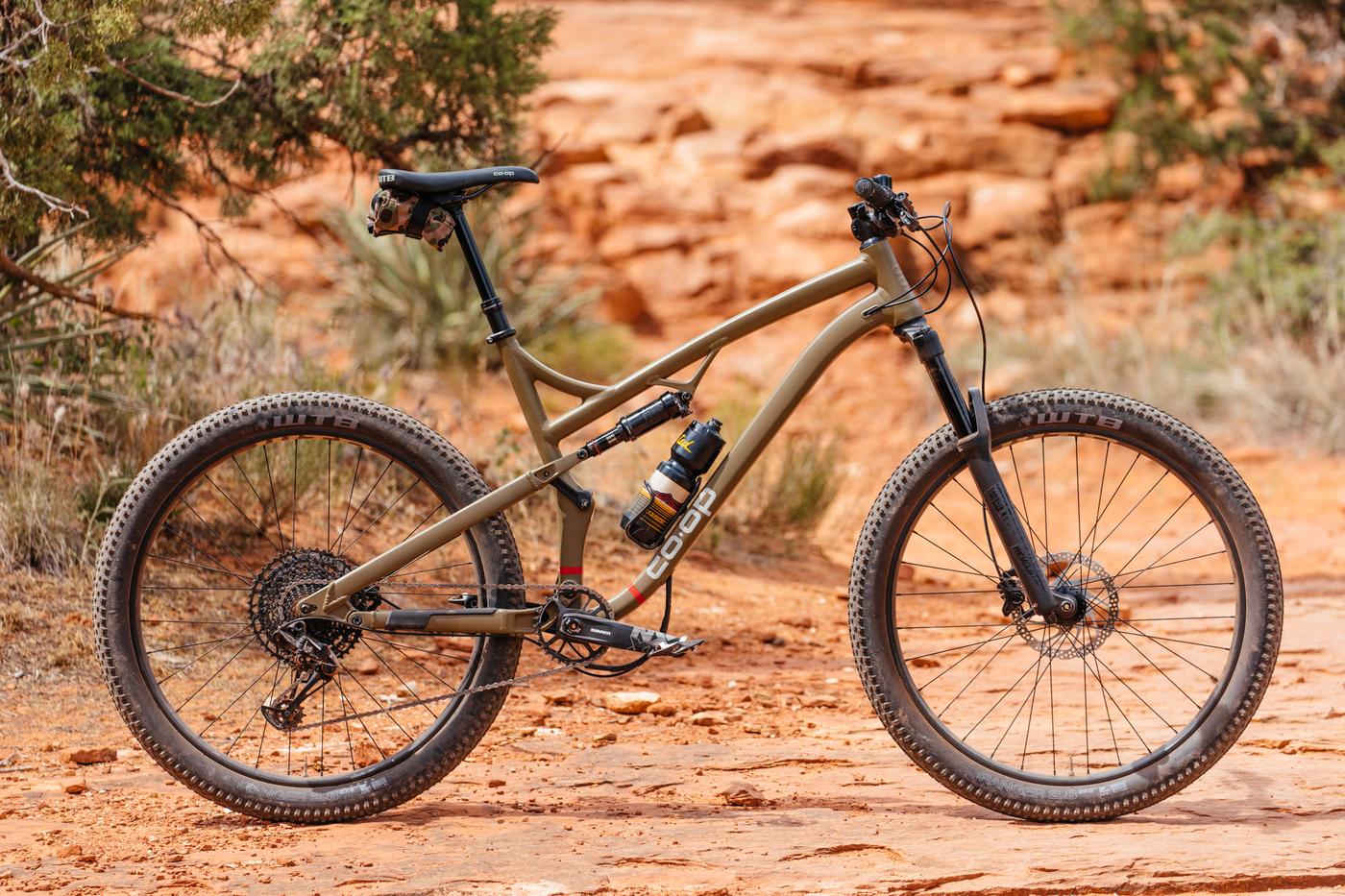 The DRT 3.2 comes into a market filled with competitors yet marks its territory. For people looking to spend their dividends on something different, or those with an REI credit card, looking to score some extra benefits, the DRT 3.2 makes a lot of sense. You can buy the bike, the kit, the trail maps and pedal from many REI stores right to the trails. Within its own realm, the DRT 3.2 is a more than capable bike from a company that has committed to making outdoor gear more conscious and accessible.

Would I buy one? Probably not, but it’s not for me. Would I recommend people trying them out? Sure thing. I get a lot of requests for sub $3,000 MTBs and you know what? This is more than a suitable option. The paint, the parts kit, and the brand are all spot on, plus the dividend is a nice bonus.