About a month ago I received an email invite from Ryan Wilson to join in with a small group riding Kings Canyon Loop. I had never really ridden with Ryan and had no idea what Kings Canyon was, but seeing so many of his bitchin photos in the Western Sierra on Instagram was more then enough to lure me into a day of riding. What I didn’t know was that this guy goes out on some REALLY HUGE days to take these shots of scenic wonder and most of the time he does it alone.

The Big Climbs of Lone Pine, CA
Words and photos by Ryan Wilson

Highway 395 through Inyo County is renowned amongst cyclists in California as a jump-off point for some of the best riding in the country. All of the highest roads in the state intersect this stretch of road tucked between the Eastern Sierras and Death Valley. None loom quite like the 10,000ft+ Horseshoe Meadows near Lone Pine, CA.

A couple weeks ago when I heard rumors that Horseshoe was being cleared of snow/debris and opened for the season, the gears started turning, and I invited my buddies Jeff and Gus to get their first taste of riding in the Sierras.

Death Valley National Park is one of those places that frequently gets overlooked as a destination for cyclists.  Probably because it’s too miserably hot to do just about anything there for a good portion of the year.  There’s also no cell service at times for 40 miles in any direction, and some of the best roads in the area are some of the most isolated in the country.  That sounded right up my alley, so I planned my first visit in November 2012, when I was looking for some new mountains to ride while the Sierras were snowed in.

Ever since I started following Ryan Wilson on Instagram, I knew he had an incredible eye for roadscapes. Landscapes are one thing, but roads speak to us as cyclists. We look at the bend, the bank and the angle differently than other travelers. Being able to capture those traits isn’t easy, especially while being completely overwhelmed in a place like the Sierras. I’ve never ridden there, yet suddenly I really want to, in the Summer of course… 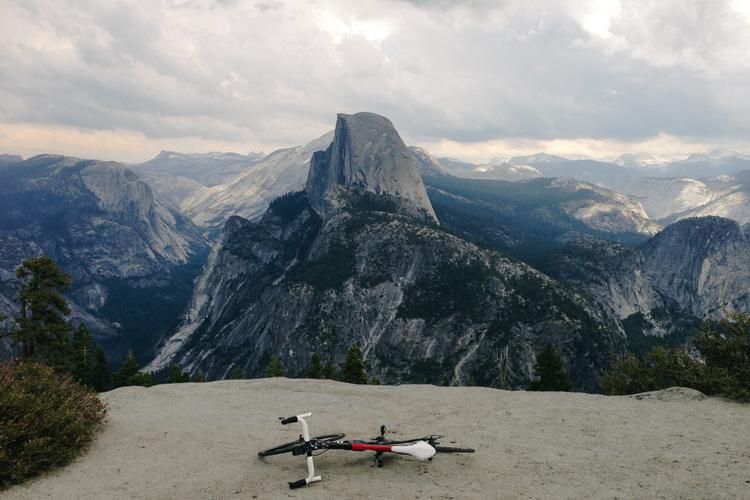 As cyclists, we look at roads, paths and tracks a little differently. We notice the nuances of undulation, the tipping point of turns and with each climb, we relish the descent. Some individuals can evoke emotions with a single photograph.

Instagram is great for many reasons, but one of which is sharing your environments with users all over the world. I travel quite frequently, but one man’s photographs always give me road envy. Known on the app as @RMDUB, Ryan Wilson is, by all means, a roadscape photographer.

Ryan works in Hollywood as a sound designer. He’s lived in Los Angeles for over 6 years and only recently ventured into the surrounding mountains, upon buying a road bike. For the past 3 years, he’s been exploring all the various veins of asphalt that trickle down the faces and flow into the valleys.

In August 2012, Ryan loaded his road bike into his car while on assignment and drove north to the Sierras, from that point on, he always travels with his bike and has been to some of the most majestic roadways on the west coast.

So what kind of camera does Ryan use to capture these breathtaking vignettes? The pocket-sized Sony RX100M2 with Carl Zeiss optics. Or his iPhone.