Before a tour starts you need a bike. I decided to buy a bike in New Orleans, with the spending cap of $200. I got this nice Schwinn road bike from the 1960s.

There’s a shocking casualness to the hallucinatory contradiction of culture that is The South. I’d seen this place in great detail as a child, often visiting family throughout Tennessee and Alabama. Though I grew up in Santa Cruz, and went to college in California, I wanted to reconnect with The South in that awkward period of life right after college, before I could say “I want to do _____ with my life.” In 1998 I had finished school, got heavily into nothing, and spent seven months playing with cameras in Santa Cruz, enough time to forget what my degree was in. 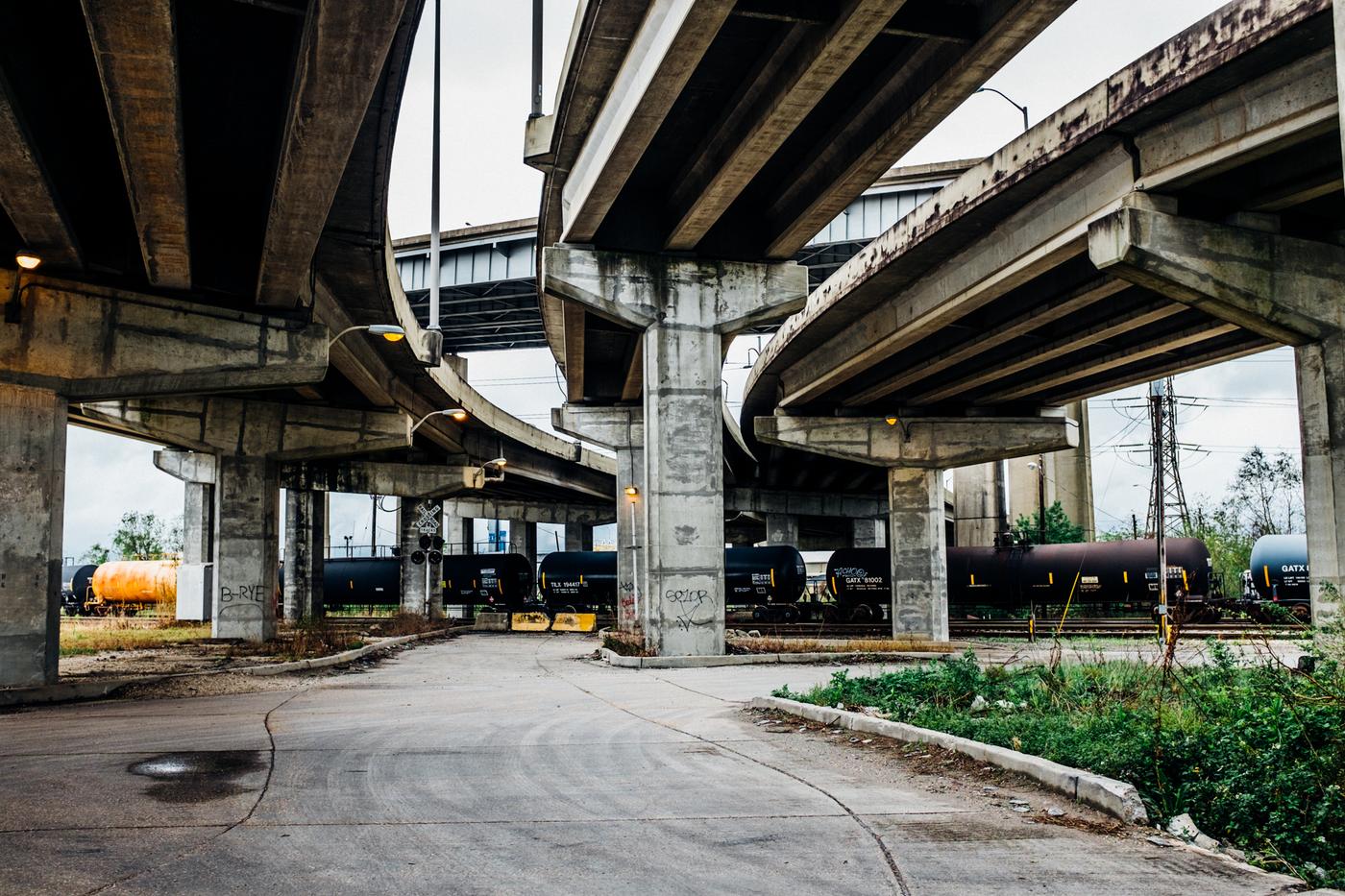 In March of 1999, I set out across the country in a Mazda B2000 pickup truck, camping, youth hosteling, couch surfing with friends and relatives, while searching for something so intangible I knew in the outset I wouldn’t find it. Grasping for some way to make the trip permanently meaningful I planned to document the journey in Super 8 film: I would shoot the whole trip, return home, edit an epic visual homage to the open American road, score the film myself with my mediocre guitar noodling, and hit the road again playing guitar with the film as a live event anywhere people would have me. Five months later the trip was a remarkable success only in that I got to see America and revisit The South on my own terms. My Super 8 film project? Crushed by a faulty camera and ruined reels. An end likely for the best as my guitar noodling hadn’t improved much in those five months on the road.

Almost twenty years later I find myself a regular contributor to the photographic world of bicycles and bike touring, often working with Robin Sansom of Blackburn Design. Robin and I have toured through California redwoods, California desert, Appalachian rail trails and Southern Chile. With our now annual Spring trip approaching Robin sprung an unsuspected idea on myself, Chris McNally, Dominic and Nadia Gill of Encompass Films – all regular contributors to Blackburn visual communications. We were to make our Spring trip to The South, traveling from New Orleans to Florida, and to be part of a documentary film (directed by Encompass) on how to travel on bikes called Roll With It. Five people would feature in this film, each with a unique talent they would explore while traveling. I would be joined by Alex Thompson, Musician and Surfer (@theshapes), Mai-Yan Kwan, Outdoor Food Specialist (@dirtygourmet), Chris McNally, Illustrator (@the.scorps), and Jules NeSmith, Naturalist (@rainydaysj). 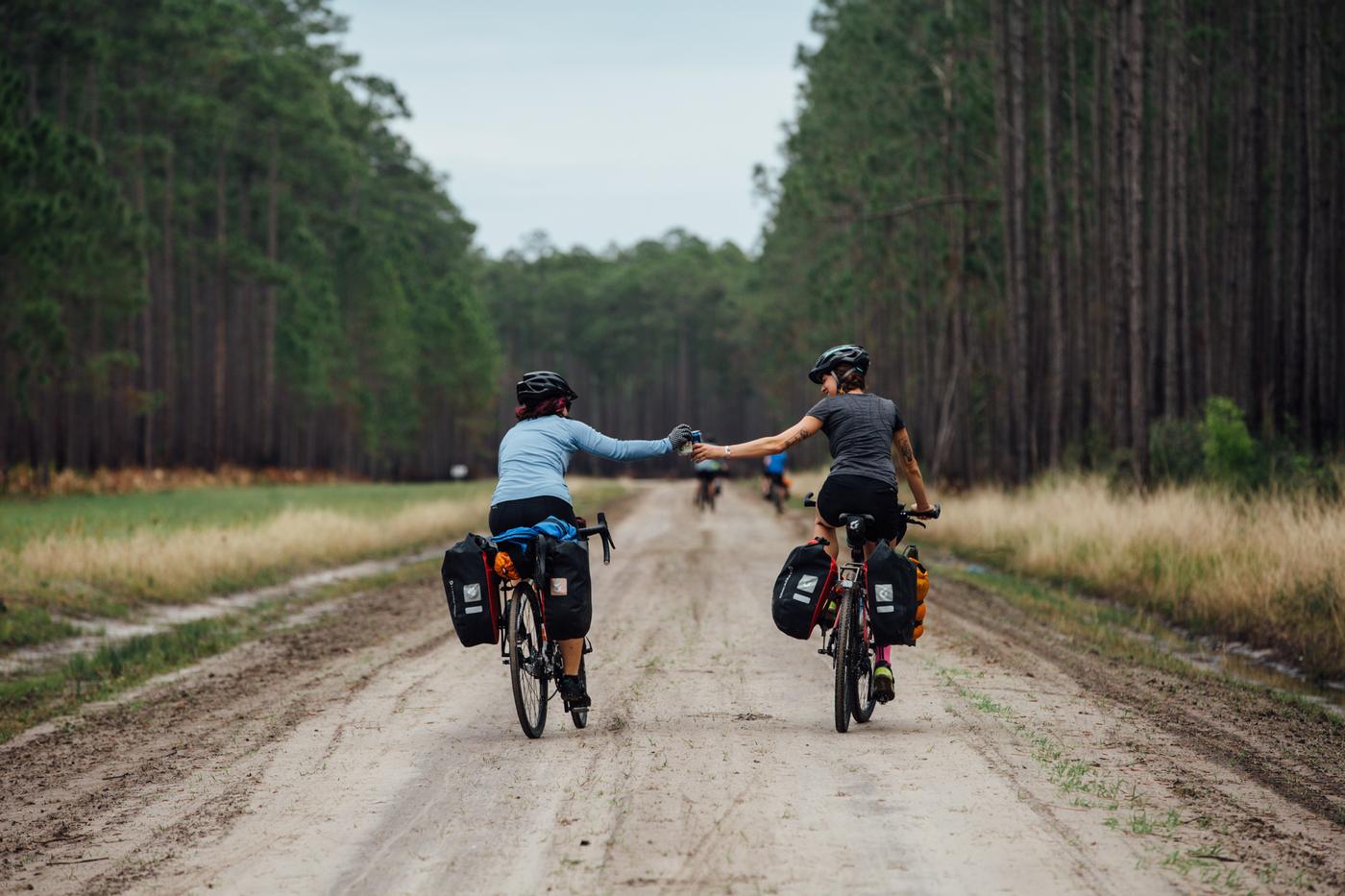 By coincidence our 2016 route retraced much of my 1999 path, so this tour and film project gave me the chance to go back and see for myself what I’d filmed and lost back in 1999. Inevitably, during this trip I saw The South with a different set of eyes than those of my 23 year old self. I’m now much more comfortable seeing both myself and strangers alike.

Thanks for looking. Please keep an eye out for Roll With It, due out this Summer.