Riding in Guerneville California with Argonaut Cycles and Chris King Sarcasm and cynicism aside I think this project is really rad. On one hand, you’ve got a small frame builder with a legitimate concern in terms of optimization of his product’s experience and on the other, you’ve got a component company that likes solving problems through precision engineering. After a casual conversation, they both wanted to try to fix the glaring elephant in the room: the PF30/BB30 shell.

Cool. I’m into it. Do I need it? Not really. Do you need it? Probably not. Does that mean it shouldn’t be addressed? Not at all. The world didn’t need disc brakes on every single bike yet that’s taken over… Onto the launch. Guerneville is this untapped gem in Sonoma County. At least for me anyway. It’s got hills, dirt, hairpins, switchbacks and meth. A lot of meth. Basically, if there’s meth, the riding will be good. In California anyway.

We did a short little loop which consisted of 25 miles and around 2,000′ of climbing yesterday and I’m sold. Today, we’re doing a much bigger ride, which will probably lend itself to even more photogenic moments but I’ll most likely leave my camera behind and just enjoy the scenery. Onto the newest Argonaut. 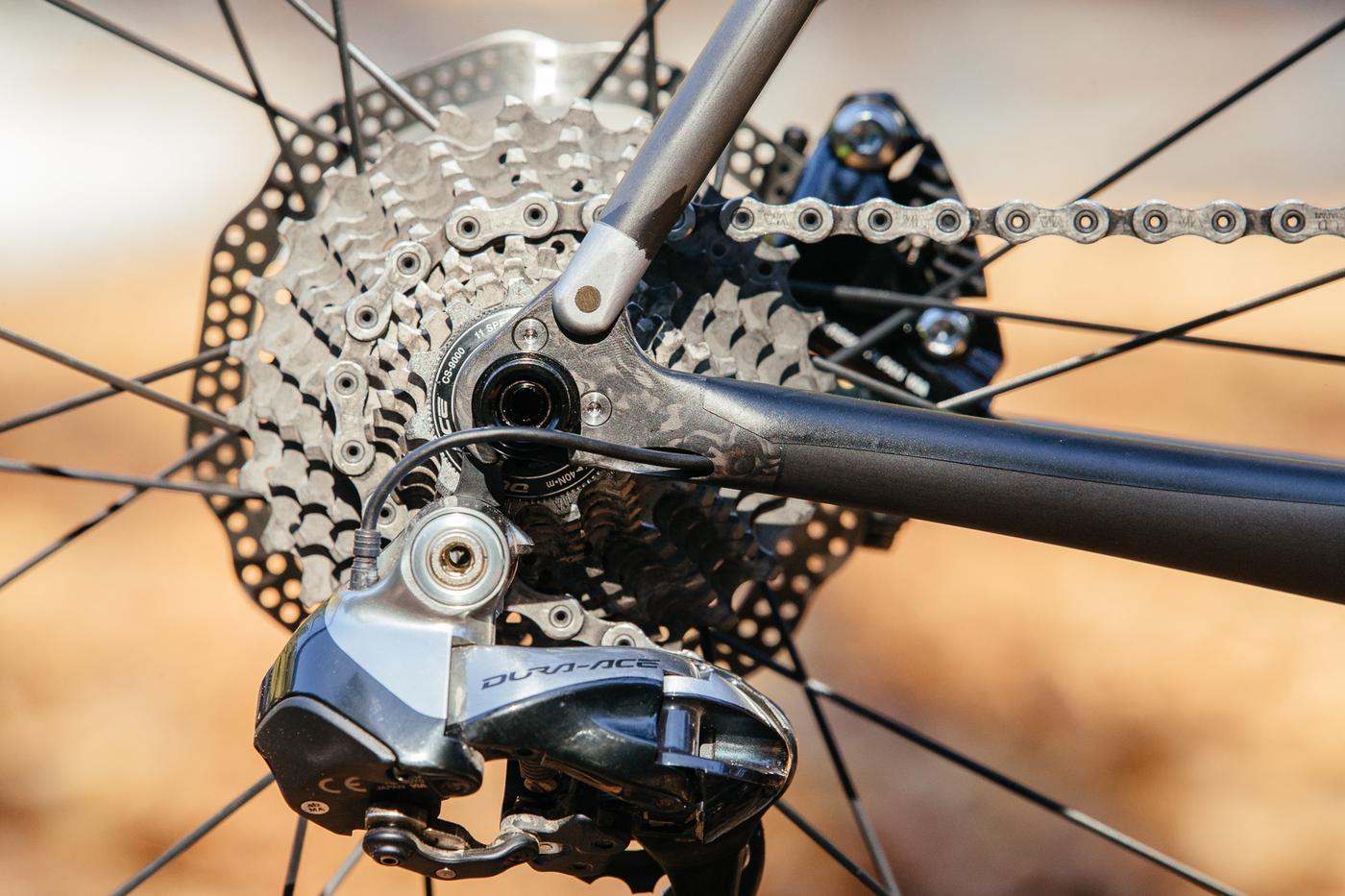 Ben adopted a flat mount disc mounting system with internal routing. This acted as a segue into a dropout redesign. The new dropouts are made from carbon, which makes them around 50 grams lighter. They’re 142mm or 135mm thru-axle or QR compatible. All with a replaceable derailleur hanger. Ultimately, technology changes, the bikes evolve but the roads are the same. Don’t fixate on the newness of cycling, focus on the ride.