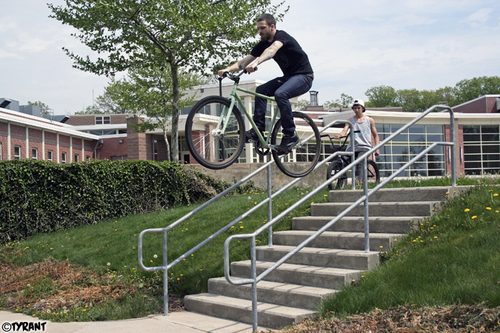 I originally scheduled this to go up yesterday but for some reason it didn’t. By now you may have seen this but it’s still worth the post! My homie Sean Milnes went out riding with the Ride Tyrant guys this weekend and after hitting this 8-set a few times, he mangled his rear wheel. Damn!

Hope you’re ok Sean and hopefully you can get a new wheel laced up! See you at the BFF this year?