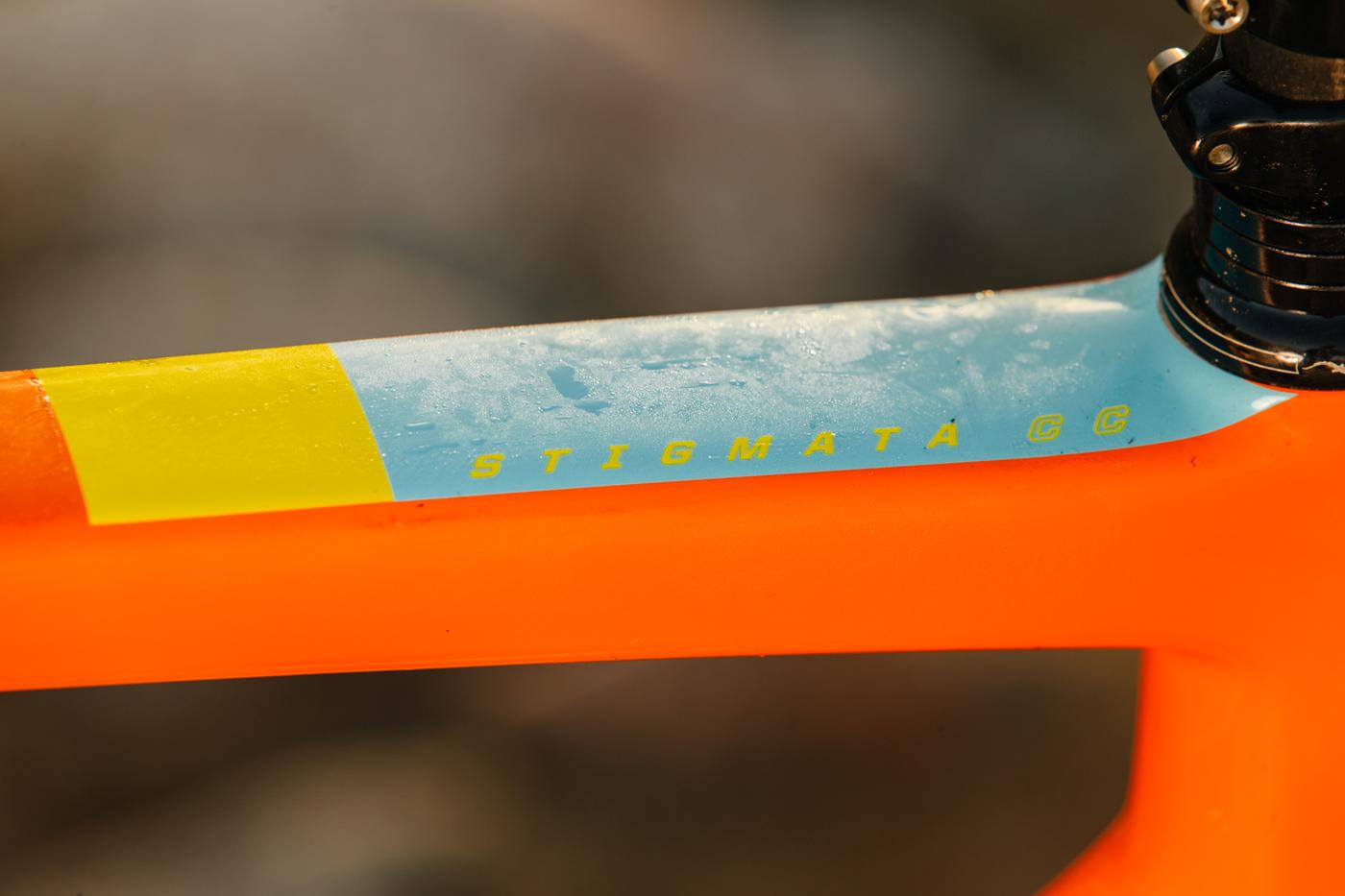 A few years back, talks of bringing the Stigmata back to Santa Cruz began to surface. The technology had settled: disc brakes are the new standard, as are tapered head tubes. Santa Cruz’s own facilities were getting fine tuned in China and finally, the team felt that they could offer a cyclocross bike on par with their mountain lineup. 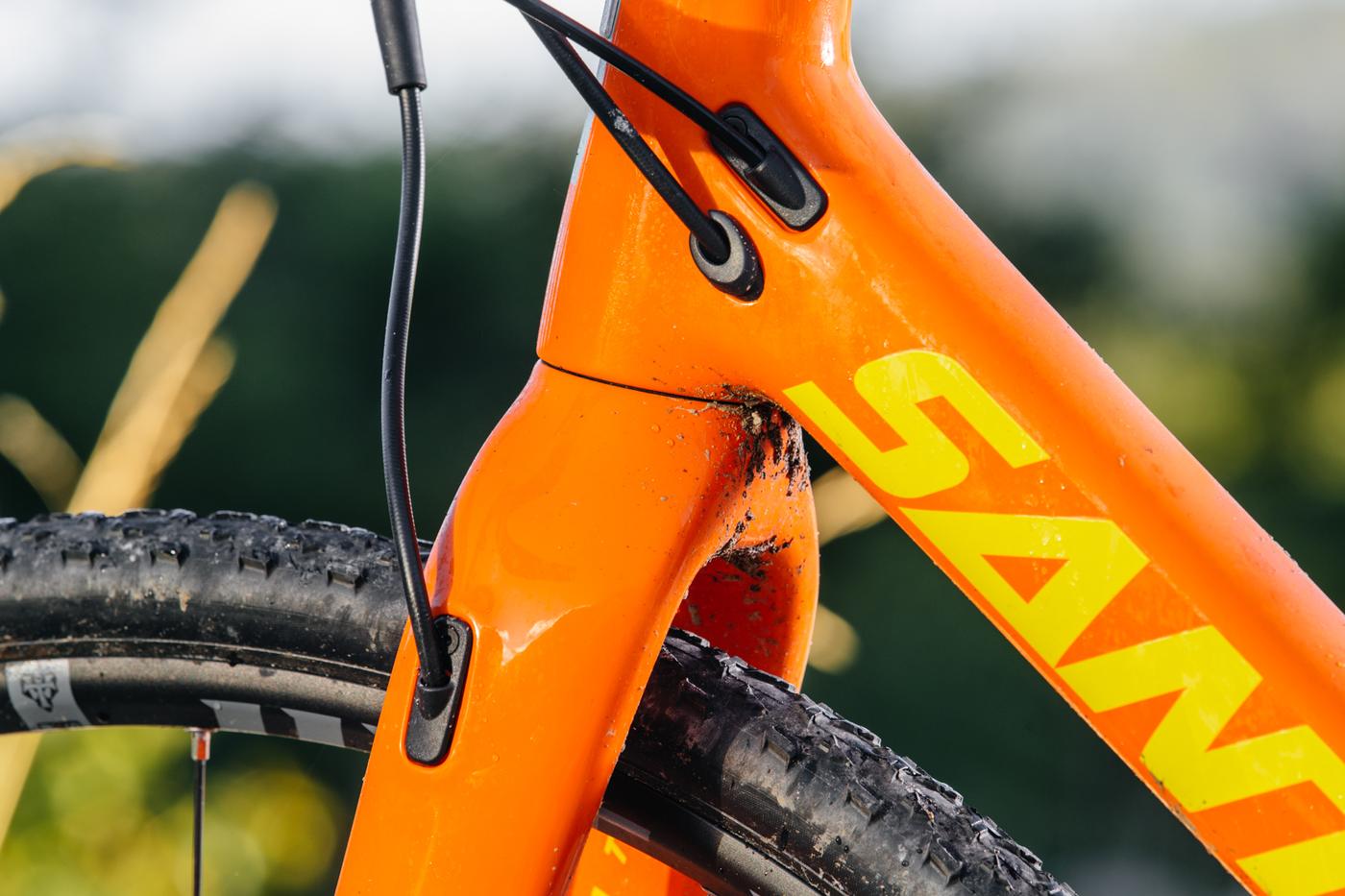 The Stigmata was resurrected at the right moment. With a revamp of a few other frames, Santa Cruz decided that internal cables were, quite literally, in. Even for the Stigmata. Every cable went internal, even on the fork. Their new facility was able to manufacture their new carbon layup, along with a proprietary fork to accommodate this routing.

A new layup method allows the rear brake line to be fed into a carbon tube, that’s part of the frame layup, offering a secure, rattle-free internal hose. This, along with ample guides, make the routing easy and a removable port cover will close up the opening for the front derailleur if a 1x system like CX1 is used. 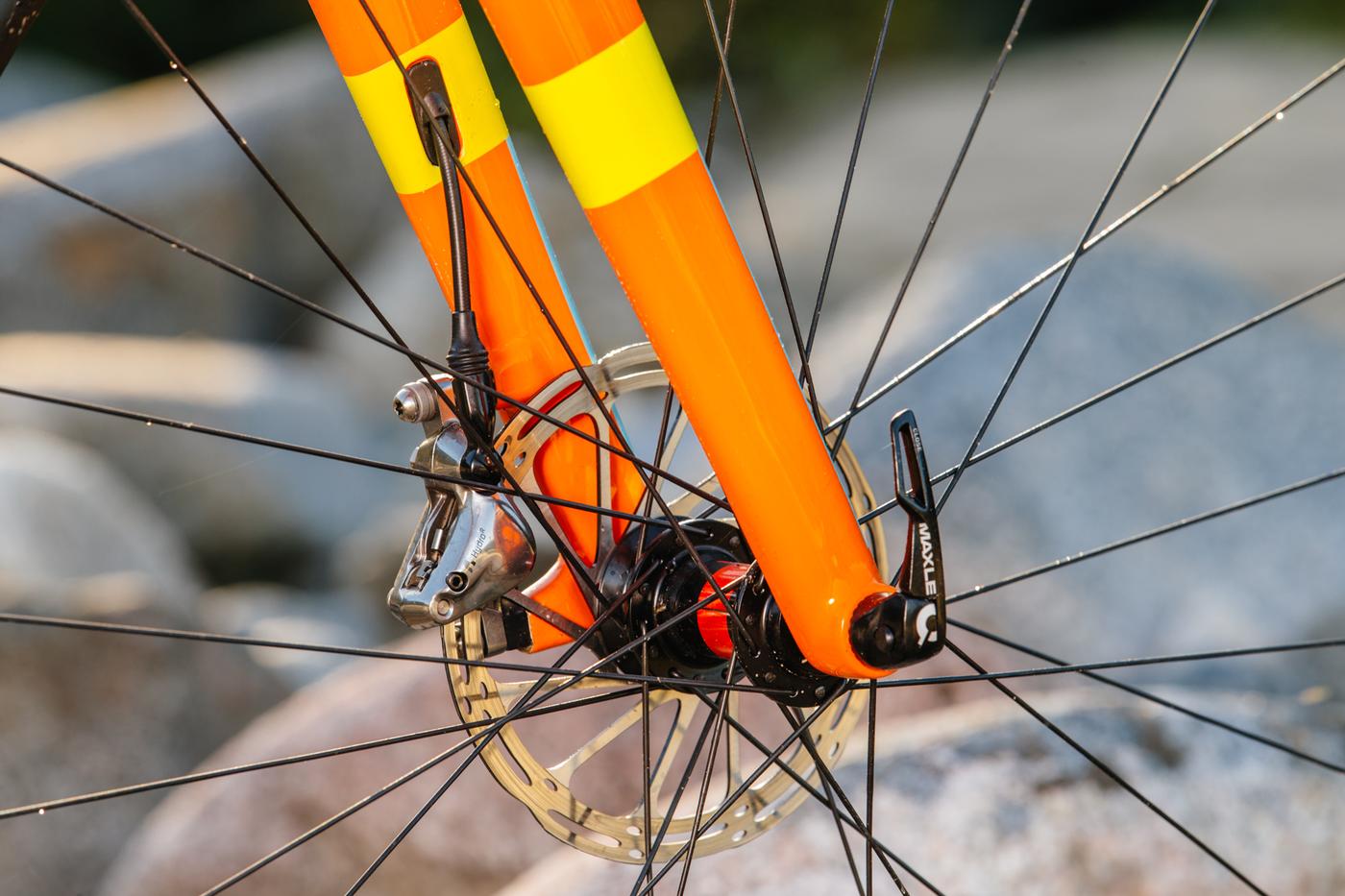 Both the front and rear wheels are disc, through-axle hubs and the bottom bracket is pressfit 30, for the first time ever for Santa Cruz. This is mostly due to the ease of installing the interal cables and being able to increase the downtube diameter. 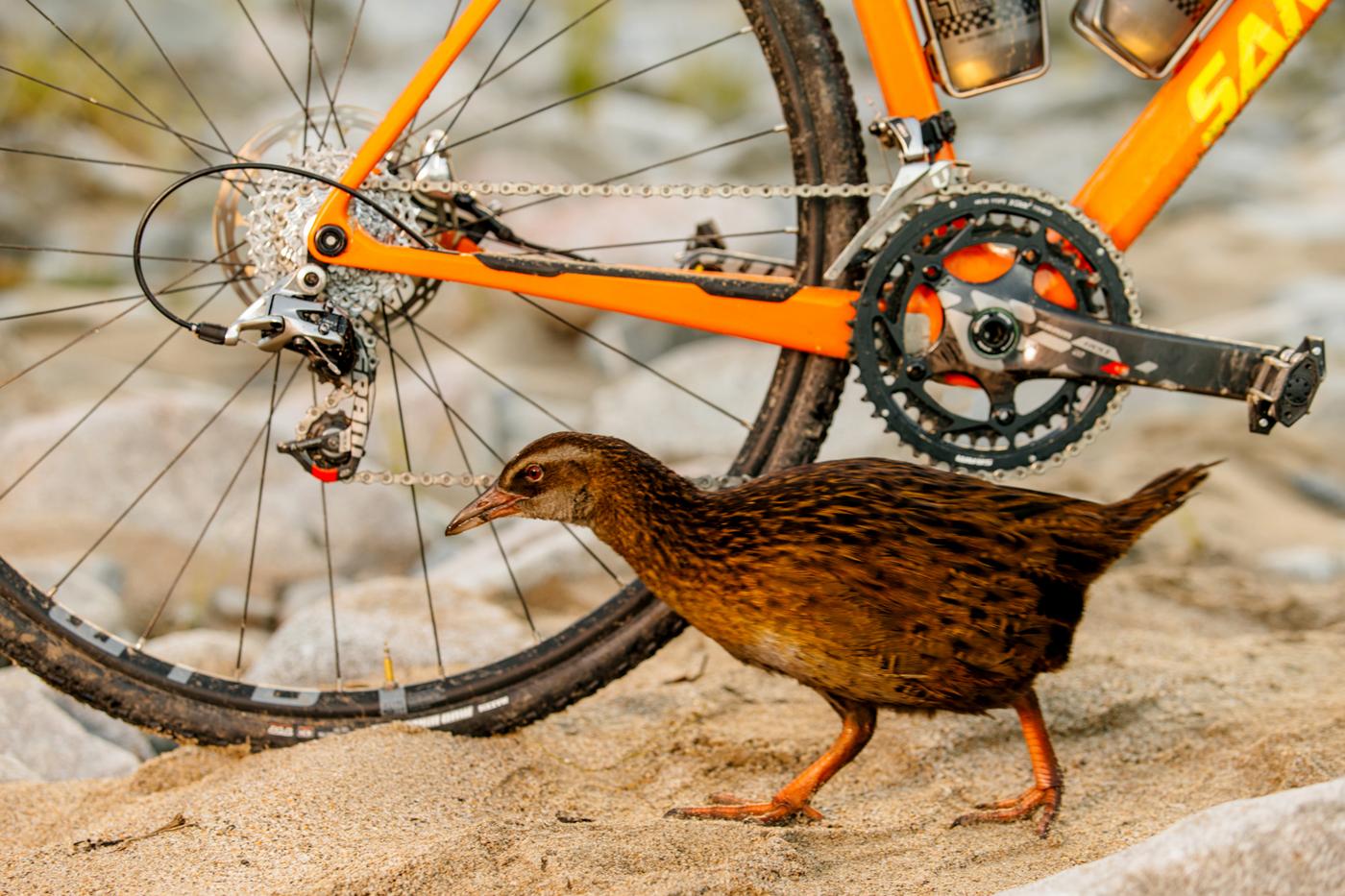 While the early whispers of the Stigmata called it a gravel bike, the end product is by all accounts, a lean, mean racing machine. With head tube angles varying from 71º in the 52cm size to 72.5º in the 60cm size and bottom bracket drop of 69mm across the board, the Stigmata offers a stable, yet zippy ride, perfect for racing and off-season riding.

What did I think of it? While I’ve yet to race the bike, we did spend an evening tearing through a MTB park on them upon our arrival to New Zealand where a few of us descended steep access roads and singletrack, while climbing up switchbacks. 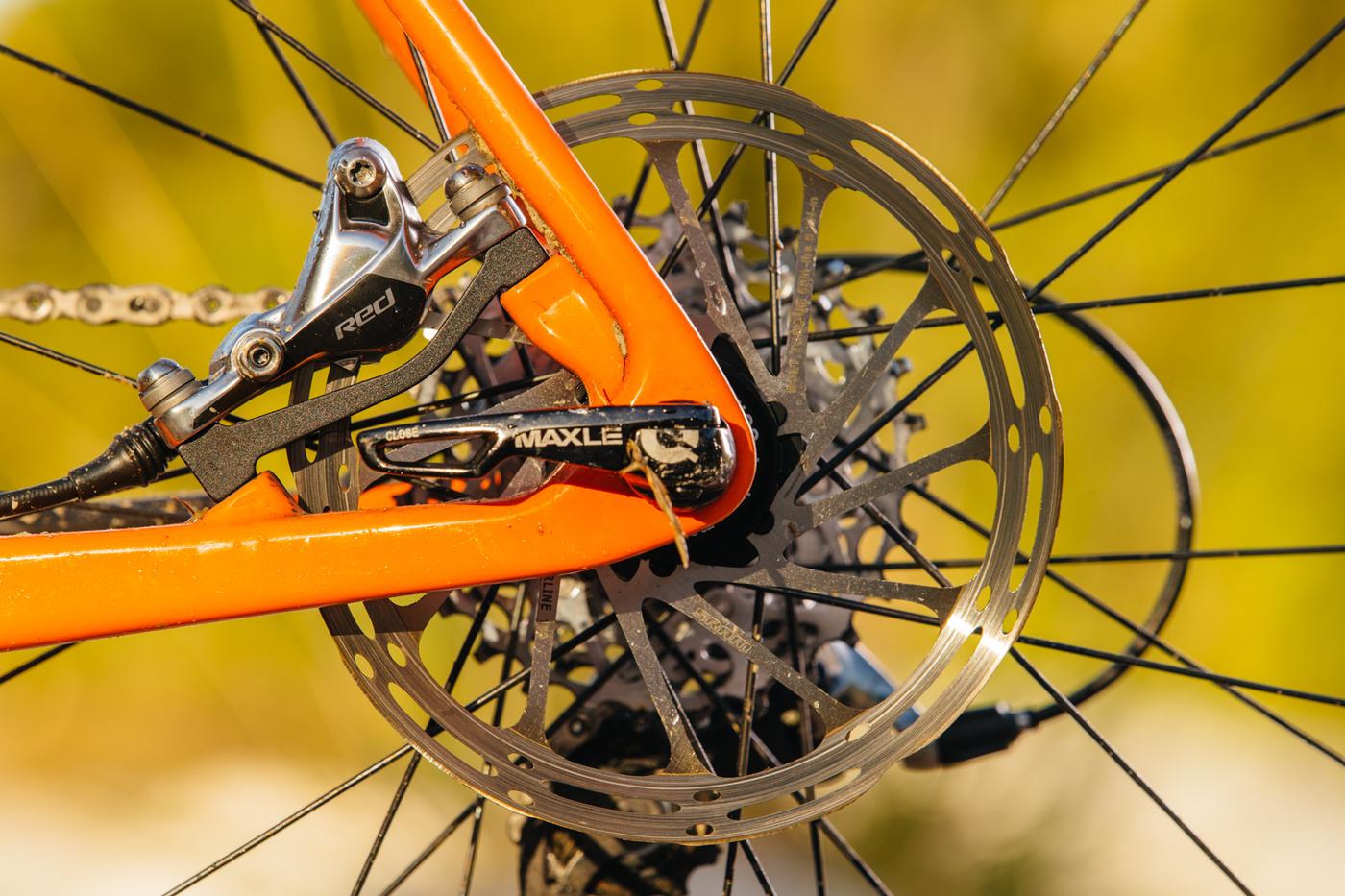 After a full day on the bike, I think with a bigger tire – the Stigmata is spec’d with a 33mm Maxxis Mud Wrestler but will fit a 43mm – this bike has great potential for an all arounder, trail or tarmac bike, even with the disc brakes, or as spec’d, equally as capable as a race bike. One related note: the bike is spec’d with 160mm rotors, which can be swapped with ease for more appropriate sizes if need be. 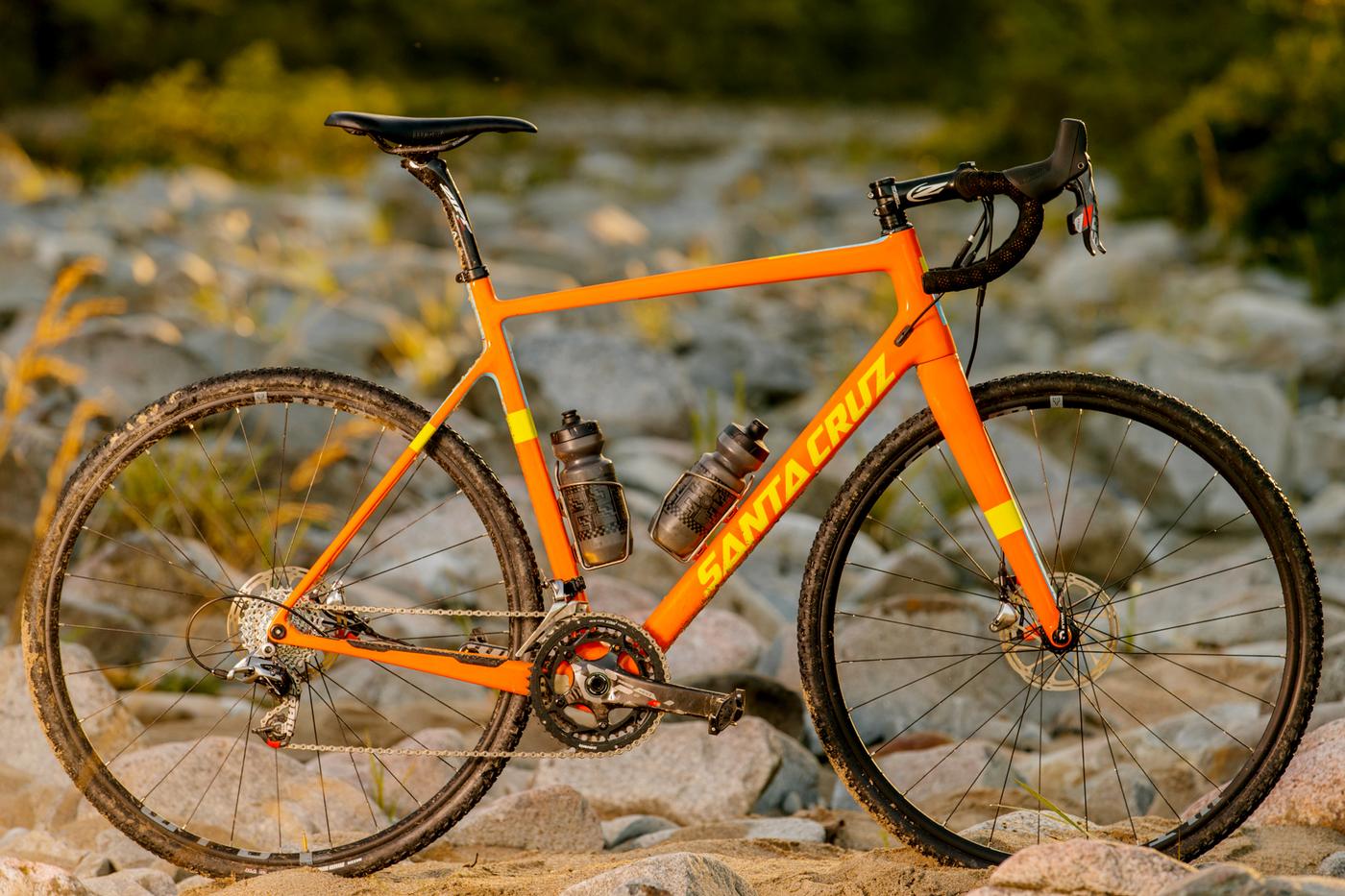 In the size 58cm, it felt very familiar, as the geometry is almost identical to my Stinner cross bike. Overall, I had a lot of fun blasting down fire road descents and smashing around on trails but won’t be able to give a faithful review until I ride it on my home turf. What I will say is that I’m eager to ride it more. 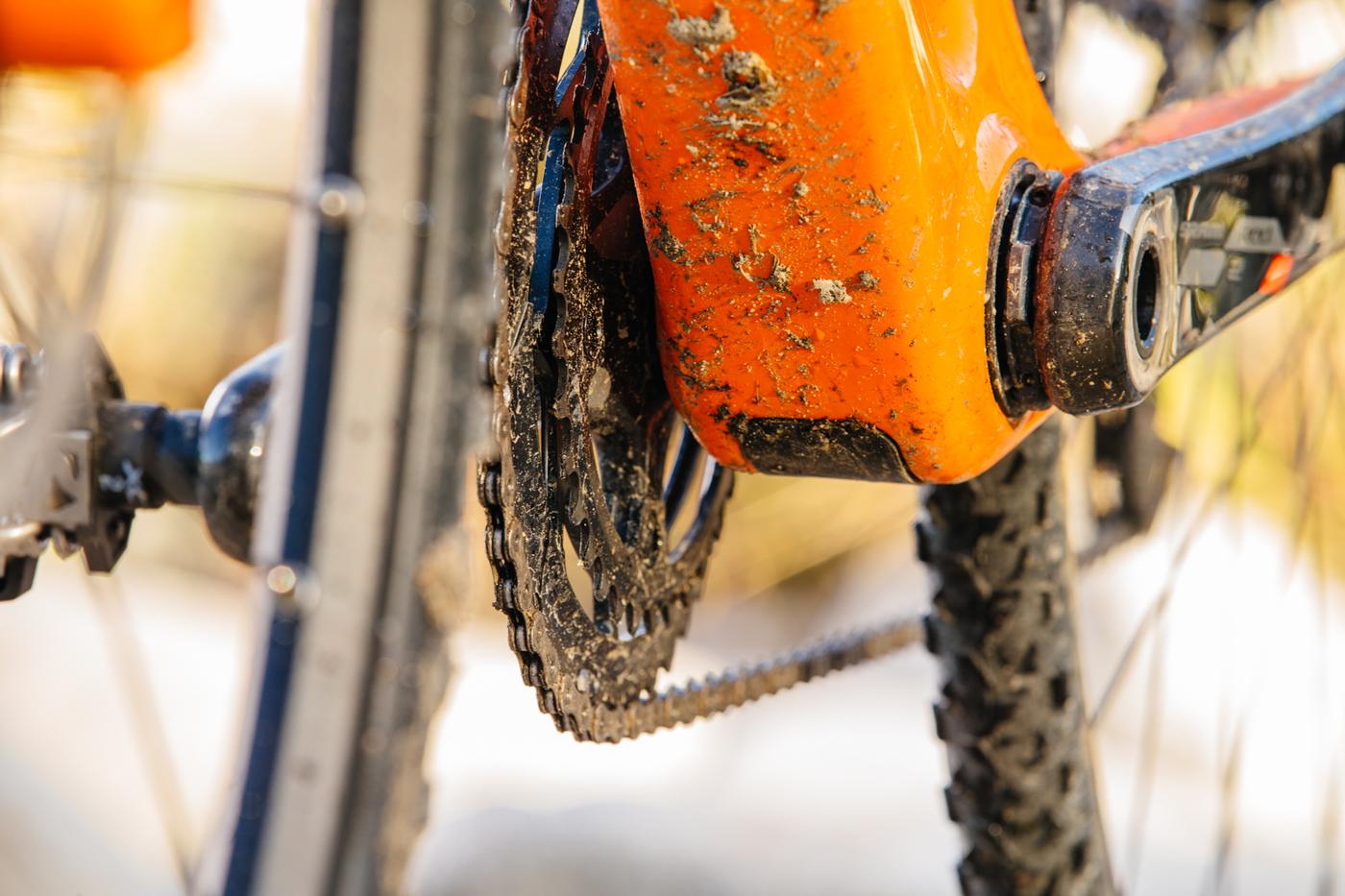 We’ve looked at this bike in detail, now onto the pressfit 30 bottom bracket – which is a first for Santa Cruz and as they’ve reported, is the by-product of weeks upon weeks of debate. Personally, I’ve never had good luck with these things on bikes that are often rode through rivers, or streams and tend to get muddy quite frequently. I don’t want to jinkx my experience, but it’s definitely something I’ll be keeping an eye on. 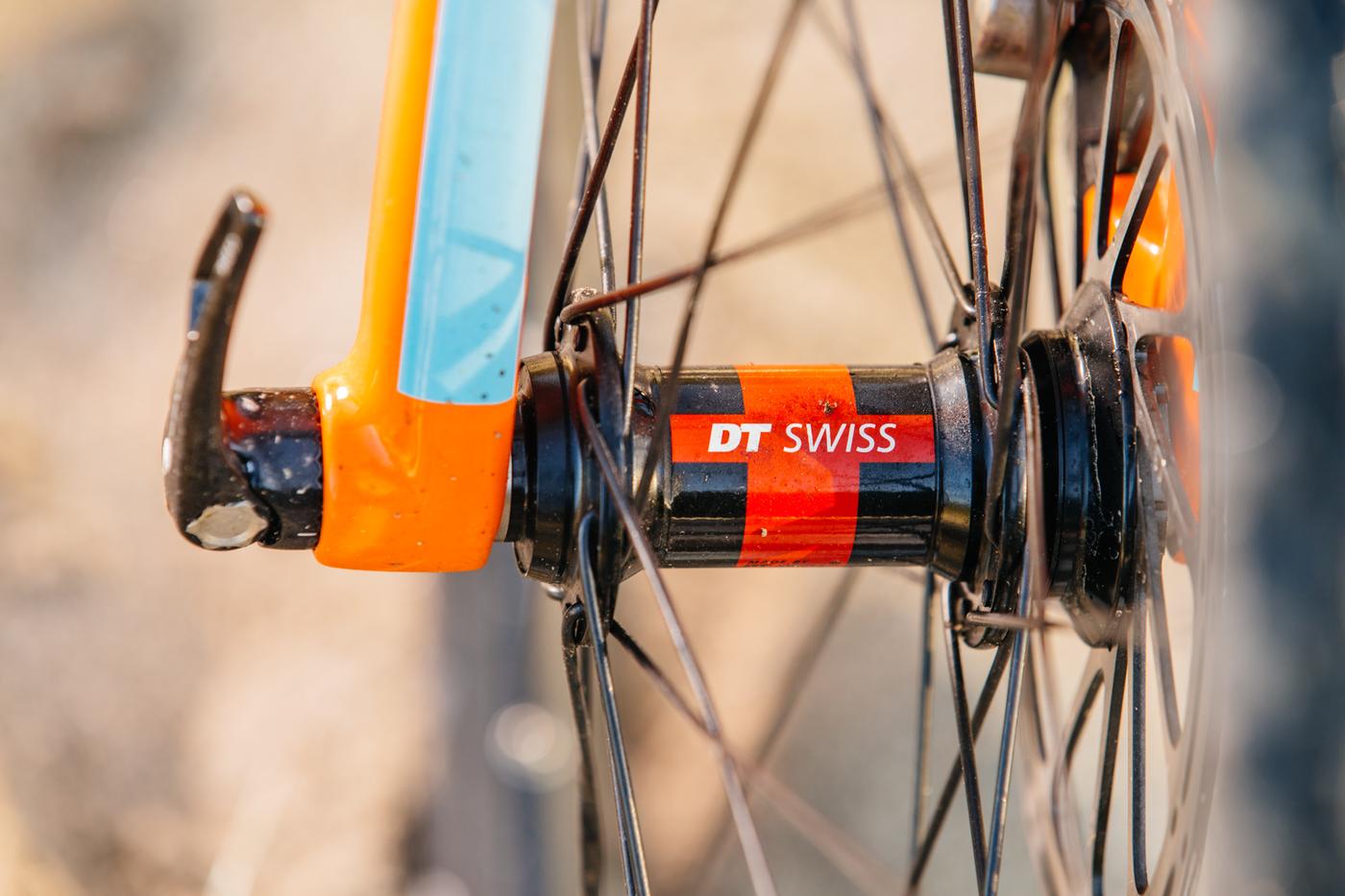 My own caveat that is not necessarily the bike’s or Santa Cruz’s fault would be the standardization of wheel sizes and specs across all dirt platforms. If you’re going disc and through axle, it’d be nice to swap wheels between your MTB, road and cross bikes. It seems that’s a ways off… i.e. CX1 uses an 11-speed driver, while XX1 uses an XD driver, although, that’s not too hard to swap. Regardless, I’d say Santa Cruz did a hell of job resurrecting one of their beloved frames in a package that’s sure to deliver on both style and handling points. Even the paint looks fresh. I was lucky enough to bring one of these bikes back home with me from New Zealand and will be putting in some miles before writing a follow-up, more in-depth review.

The build specs and pricing are competitive with the following options available: