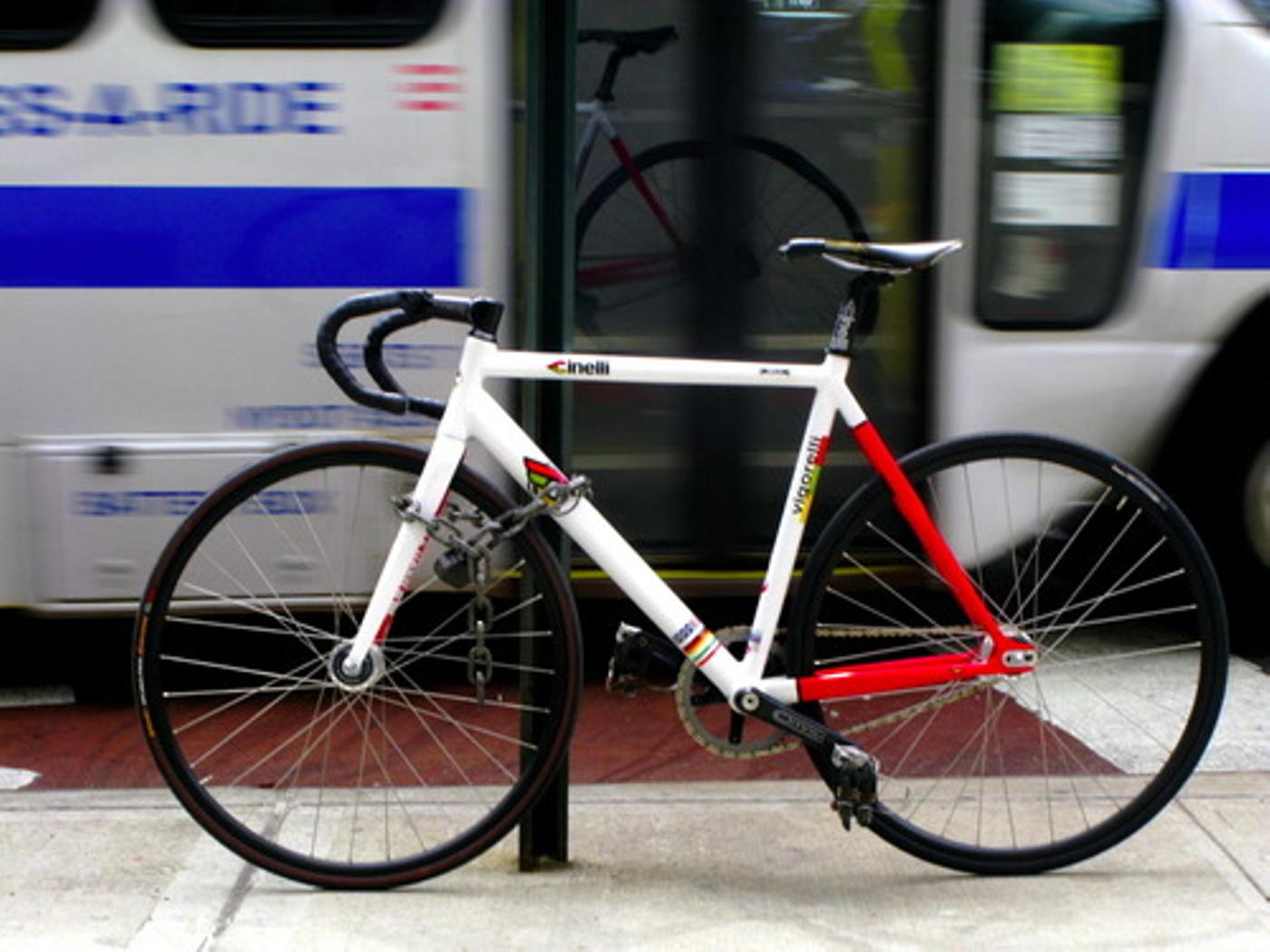 Well, I was right. Dan is indeed working on the Red Hook Crit prize bike. This is, as he puts it, his most ostentatious work bike he’s ever ridden. So how did Dan win? Aside from the obvious, there was a nasty wreck in the opening lap. This wreck split the pack into two groups and Dave Trimble, the organizer of Red Hook Crit shared these thoughts with me:

The first lap of the 2011 Red Hook Criterium had a crash that split the field. Who caused the crash is up to debate on the internet but regardless I’m not surprised it happened. 85 riders fighting for a narrow roadway WILL crash. Disappointment and debate has risen out of this. The riders stuck behind the split all seem to agree that they should have been in front of the crash. WHY ME? they ask. What’s wrong with the format that caused ME to be stuck behind the race splitting crash. Jealously for the front row is easily brushed off because those guys earned spots by racing and placing in past Red Hook Crits. What has been suggested is a system to grid the second and third row. Flying qualifying laps? qualifying heat races? A qualifying race series? An application proving your worth? Smaller field?… None of these would solve the problem. There still has to be a third, fourth, and fifth row. A jumble of riders is still going to barrel into the first few corners and crash. There is nothing to prevent that.

In reality the system in place is the most fair. There’s a reason the second row was full of seasoned cyclocross and alleycat racers. They weren’t given those spots so how did they end up there? They knew from experience that the rush to get in line is half the battle in a race like this. Look at Alfred’s flying cyclocross running start. He didn’t get a call up. He isn’t asking for qualifiers. He lined up early and busted his balls to get ahead of the rift raft. Austin won the first lap prime starting on the second row. He didn’t have a call up. Hell I even saw a certain 5th place finisher sneak his way onto the front row. High level Cat 1’s and pro level track riders seem to imply they are immune to this selection and should be given a chance to show off their strong individual fitness and be awarded an advantageous starting spot.

In reality the scramble to the open grid spots is part of the race. No system can change that. My advice is to get a good warm up. Get to the front during the neutral lap. As soon as call ups are over with sprint to the open spots. If you are left in the back be ready to move up. Place in the top ten and get a call up at the next race.”

Consider this the epilogue for the Red Hook Crit 4. Thanks Dave!