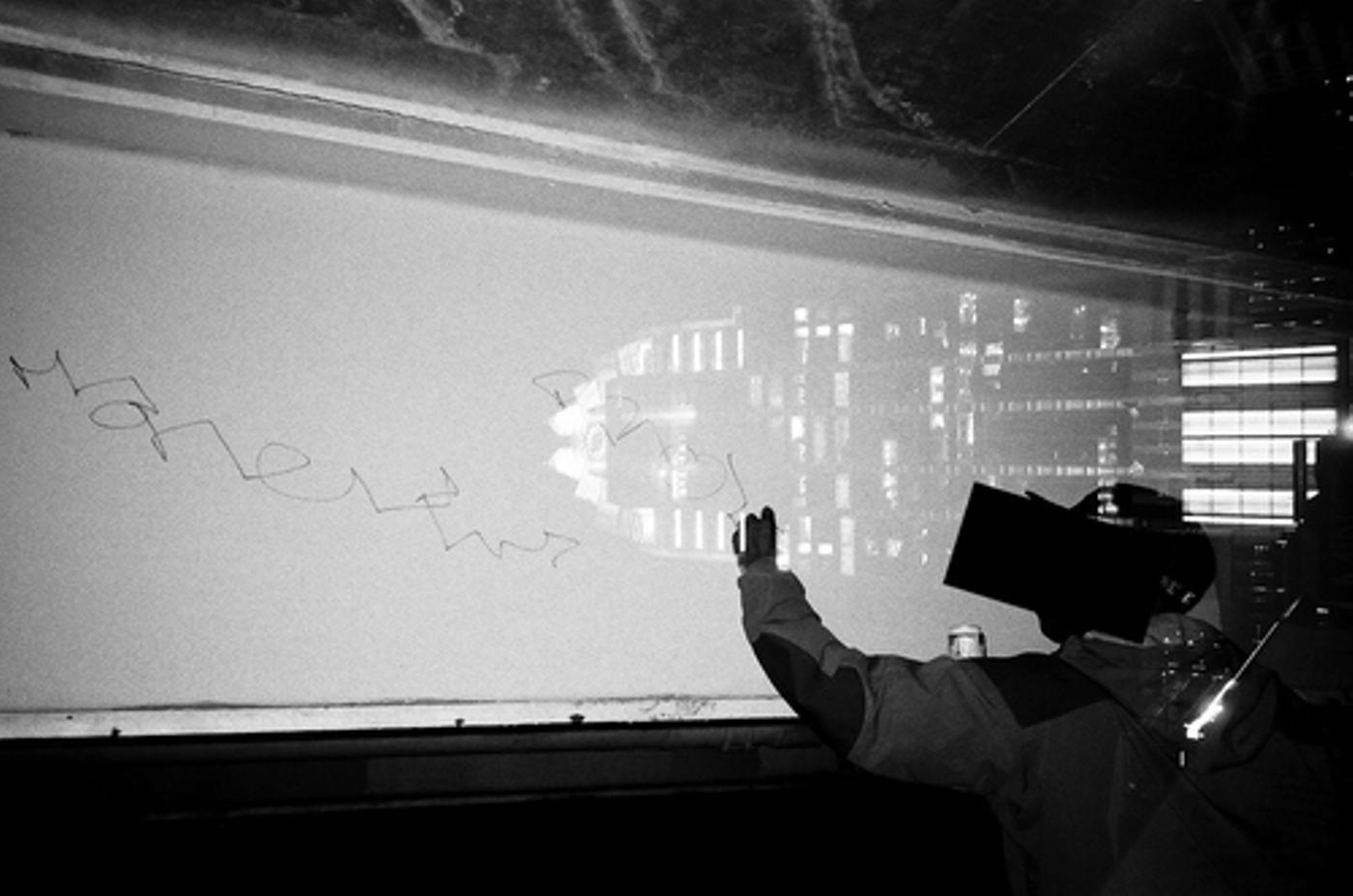 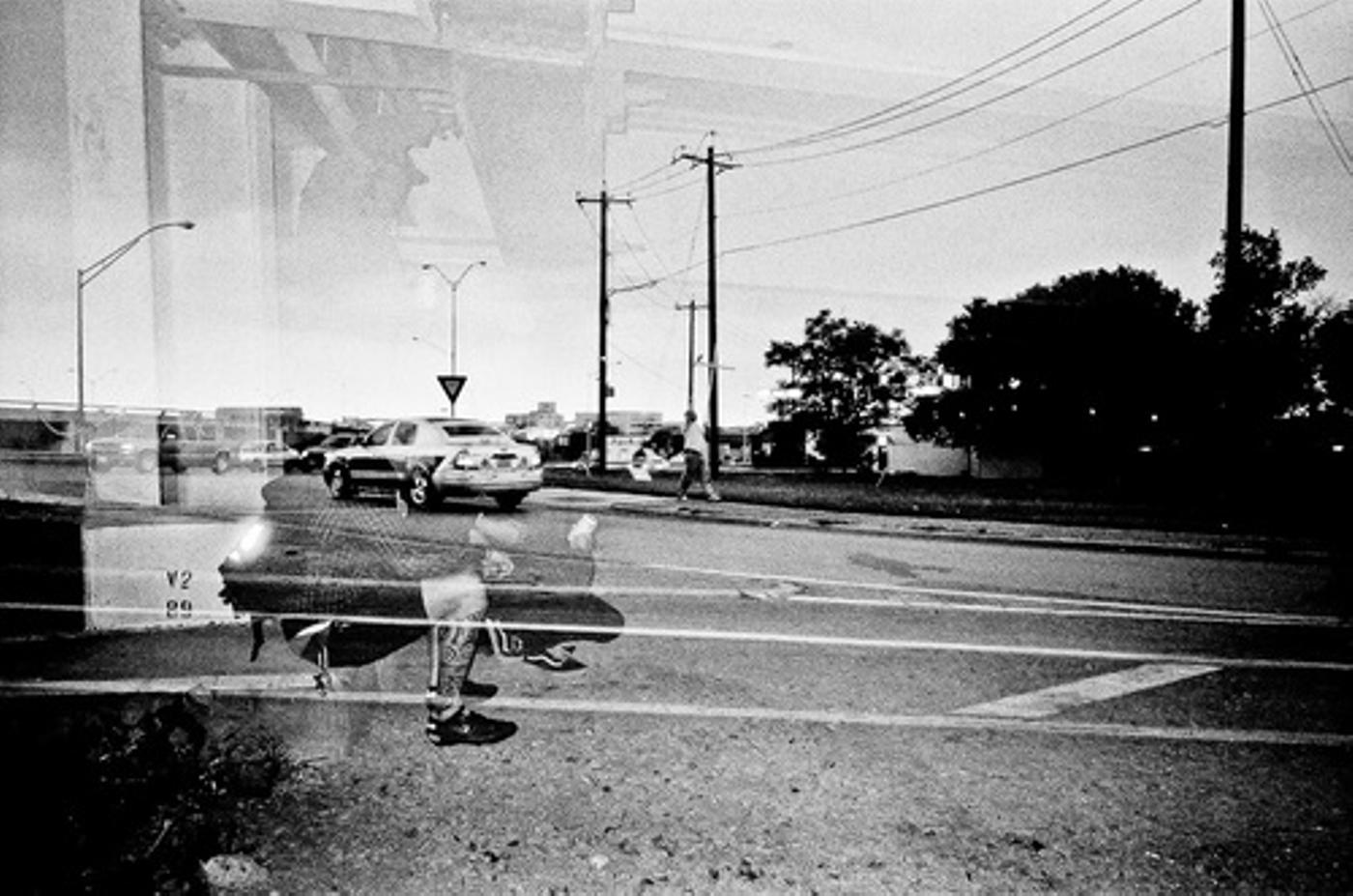 I knew this Recent Roll was going to be interesting. Back when I was in SF, I dropped my T4, cracking it in two. I quickly placed it back together and the film re-wound itself but kept the marker at the 18th exposure. I thought it was going to be ok but when I developed the roll, I realized that it re-wound itself back to the first exposure and began to double expose everything.

The result, although unintentional, was pretty rad. The top photo shows someone scrawling with one of the Austin skycrapers in portrait format ghosted over and the bottom shows a man, warning us of the rapture while a racer rests after an SF alleycat.