There’s probably a German word for how this bike makes me feel. A mix of joy and pity. Sequoias are Specialized’s sport-touring model. At least they used to be. I couldn’t tell you if that’s still true. I like to imagine this bike being ridden on dusty roads by someone wearing leather cycling gloves and a wool jersey: it’s glory days. Since I’ve owned this bike, it’s been ridden on the streets of San Francisco. Locked up daily and ridden within an inch of its life around town and on the occasional fire road. It’s undergone a fair amount of modification, a bit like a car you may have owned. One you don’t feel good about lending to friends because it requires a certain FINESSE. 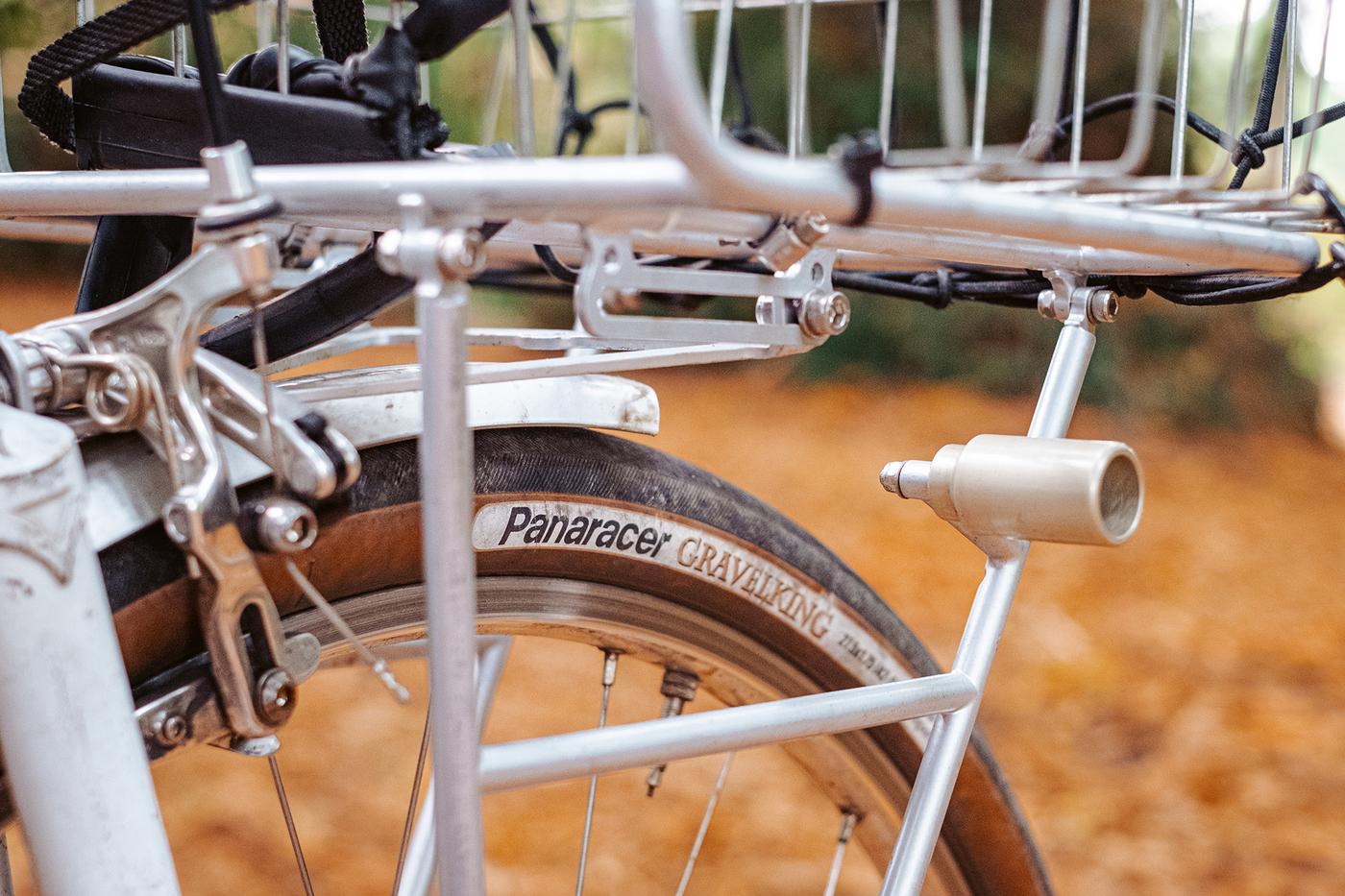 I think it began life with 27in wheels. When I got it it had 700c. I converted it to 650b. As a result, it mostly fits a 42mm tire. I don’t sprint, but if I did there would be tire rub. Gravelkings are set up tubeless and serve me well despite their problematic name (let’s work towards inclusion, bike industry. OK?). The bottom bracket is very low now. I folded an MKS Stream pedal in half and sent myself off the front end from pedal striking a tree stump during a bandit cyclocross race. It now has MKS Lambda Grip King pedals. 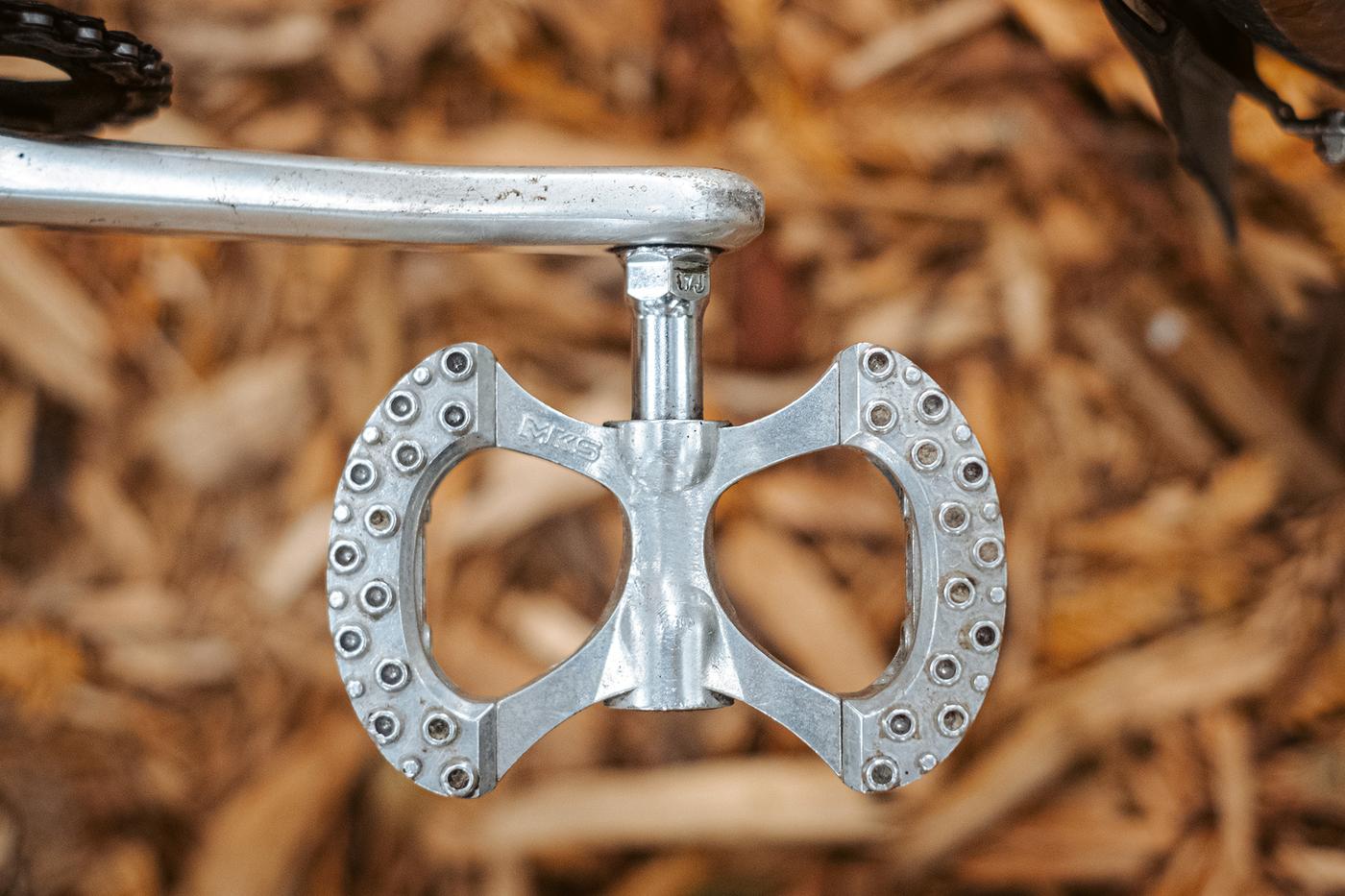 I removed some of the other original components when I saw fit and added new ones.

The 38cm drop bars and medieval brake levers were the first things to go. Sim Works’ Little Nick bars are beautiful and don’t hurt my sensitive artist wrists. The Tektro brake levers offer incredible bang for your buck and look good. Their extra-long calipers allowed for the 650b conversion and work well as long as you don’t need to stop right away. Paul’s Thumbie mounts are a godsend. Bend over to shift? No thank you. The friction shifting adjusts the original Deer Head Shimano Derailleur, which was intended to work across a five-speed cassette. It now shifts across 11 cogs because Cameron Falconer is a magician. Thank you, Cameron. I also ditched the front derailleur and two of the front chainrings. 1x works well for me and the Wolftooth ring and Paul’s chain keeper function well. I’ve never dropped a chain. It rains in California so it has fenders. The original Sugino made, Specialized branded cranks are some of the most beautiful cranks out there, IMO. The top tube sports a Kashimax top tube protector to protect the top tube and for street credibility. The Nitto stem has a magnetic ball bearing in it to prevent theft. So did the seat binder bolt. The bike was rust-free up until last year when my neighbor began watering it along with his avocado tree. Arundel’s Extendo cages are awesome. I love their functionality and they facilitate my non-committal tendencies. The front rack is a Pass and Stow and is the best front rack ever. It’s hand made by Matt Feeney in Oakland California. Matt is one of the kindest humans on the planet and I encourage you to support him by buying one of his products. He also makes the BART brake. When pulled tight it prevents your bike from lunging forward on public transit. Very handy. There’s also a light mount on the rack which a friend made in his garage. Lastly, there’s the largest Wald basket possible and a Specialized branded toe strap to hold my lock in place. 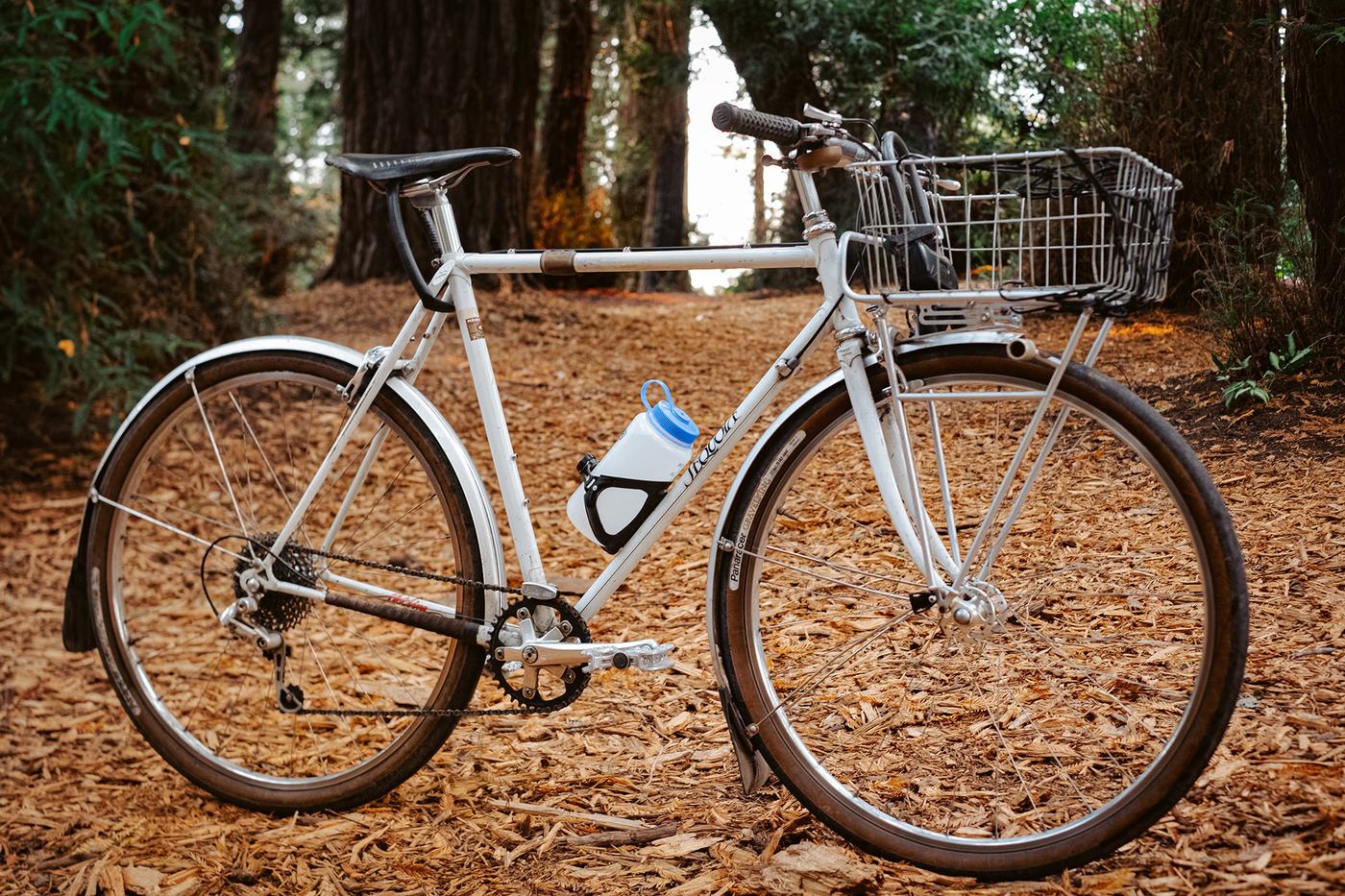 I’ve built up a new townie. It has more gears and bigger tires. I’ll move the rack over because it is the best. But before the Sequoia begins the next chapter of its life as my pit bike I wanted to document it exactly as it is. The new bike will be technologically more advanced but it’ll be completely inspired by my Sequoia.