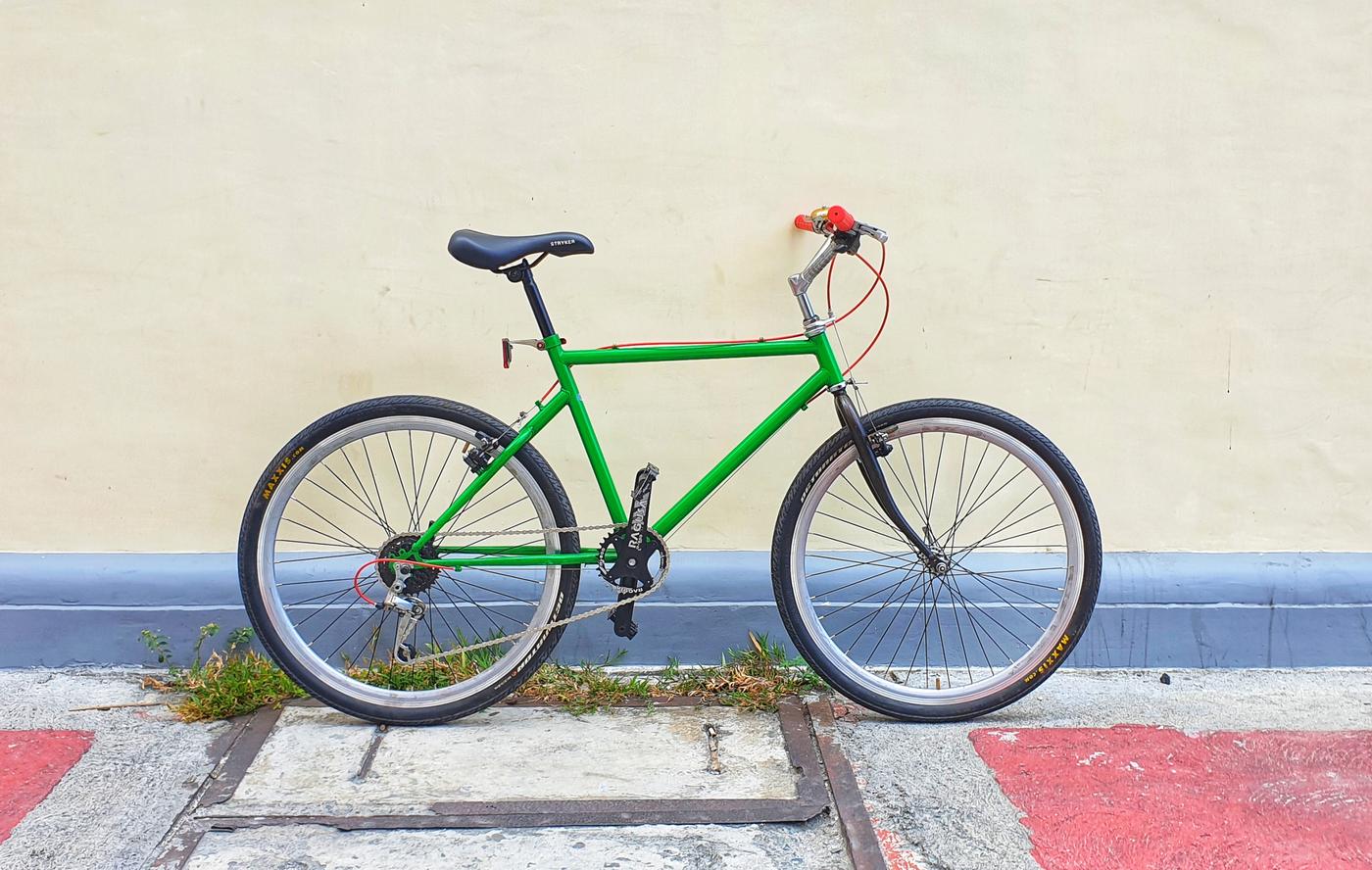 Happy Friday and happy Readers’ Rides! This week’s bike comes from the Philippines where Martin builds up vintage or classic steel bicycle frames with re-used components. Let’s check out Martin’s personal build below!

Greetings from the Philippines, the Radavist!

This is Martin of @copasyconos cycles, Manila. I’ve only been building and restoring bikes as a hobby ever since the pandemic started, and you could also say that I’m a fairly new pandemic cyclist. 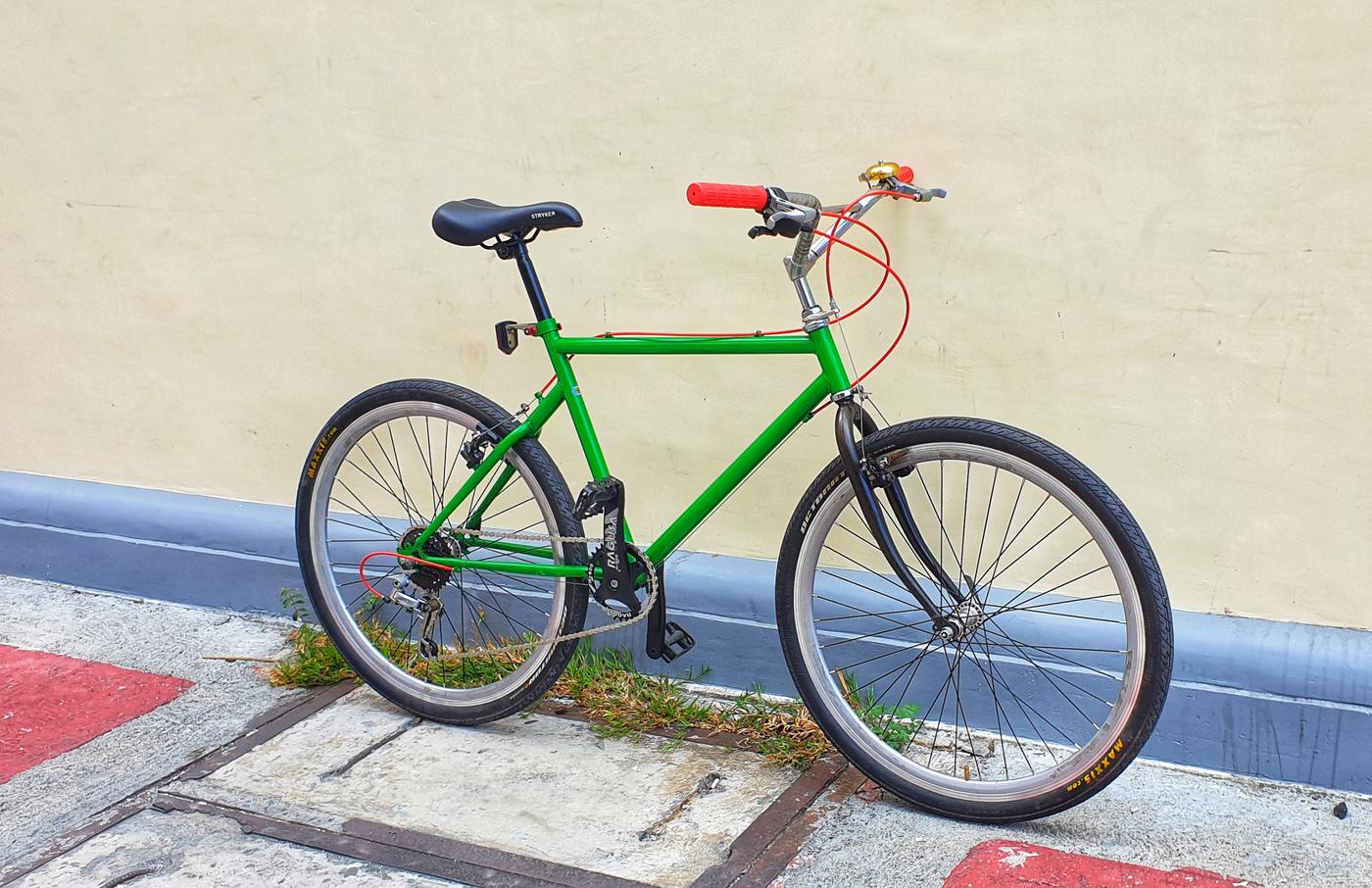 My builds mainly focus on super low cost, neo-retro or modern-classic bikes for everyday use. Basically they’re vintage or classic steel bicycle frames equipped with modern-ish components or modern configurations. I specifically choose late 80s to 90s era components and frames because I believe that production during that time were topnotch. Steel tubing from the likes of Tange, Reynolds, or even Avenir was superbly done, while Japanese made bike components from Suntour, Shimano, and Dia Compe were really a work of art in my opinion. They were even built for life, if I may say so myself. Also, the “bling” during that era was a sight to behold. It was chrome everywhere! 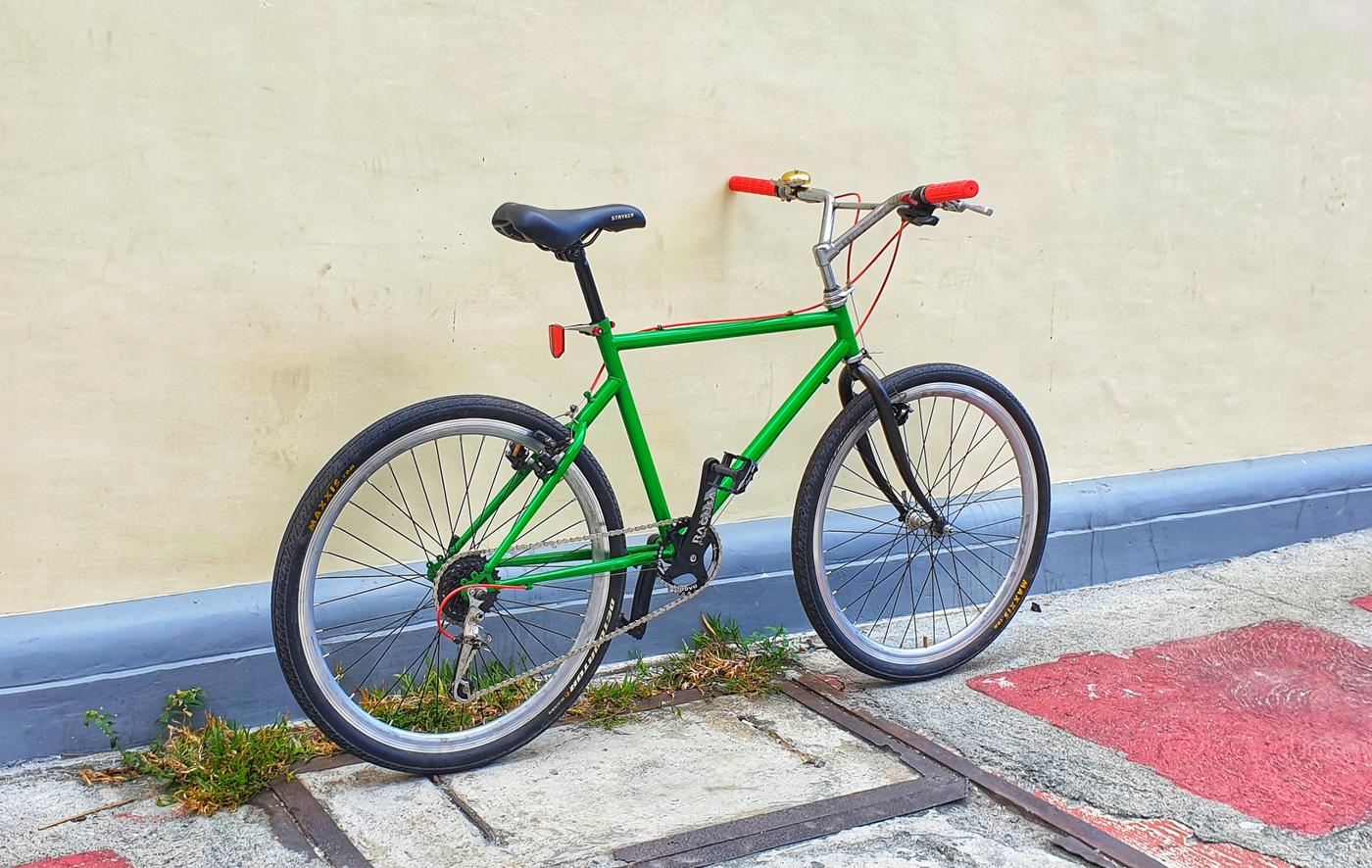 Now on to my build, this is Christmas Vomit, aconverted 26er commuter bike. This build was done with an everyday commuter/city bike in mind. Equipped with semi-slick 26 x 1.50″ Maxxis Detonator tires which rolls fast on tarmac, but sturdy enough to tackle the trail-like conditions and potholes of the Manila roads. A super low cost build which I sourced from just about everywhere in the Philippines. Some parts are from Japan Surplus shops, my Dad’s parts bin, affordable but decent shopee (our version of aliexpress) bike accessories, and of course local online sellers who are also vintage or classic bicycle enthusiasts. 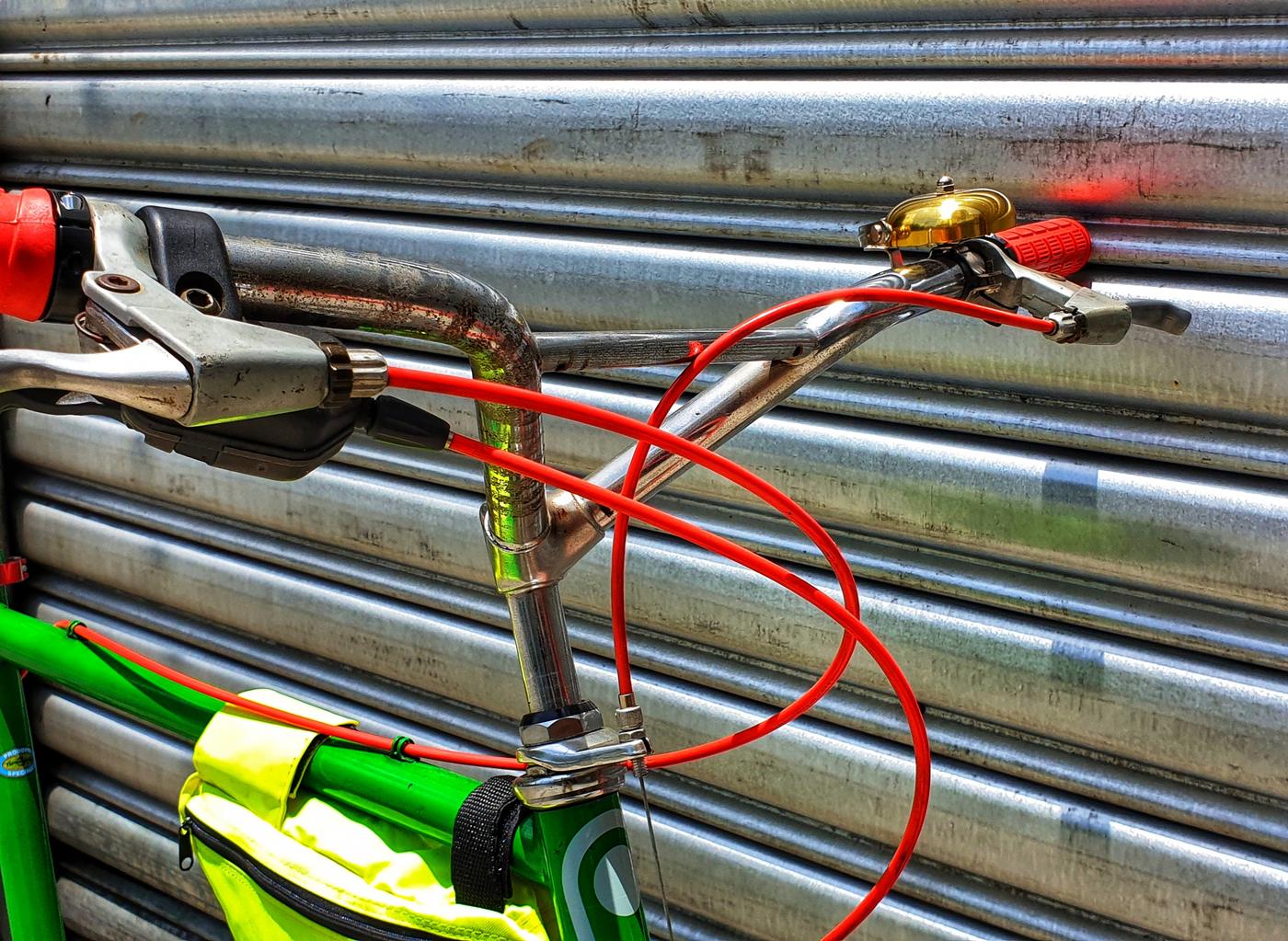 There were a few modifications done on this bike. First, I put a shim around the quill stem steerer tube since it had a diameter of 21.2mm instead of the standard 22.2mm. The shim was necessary for it to fit a 1-inch threaded fork. Second was the brake mount extender on the rear since the frame was originally made to fit a 24″ tire. It was needed for the cantilever brakes to reach the brakeline of the 26″ rims. I put a 26″ wheel since I felt that it would be faster rolling for asphalt roads. Tire clearance in the rear is close to zero, so off road adventures with mud and bigger pebbles is a no-no. Third was the drivetrain, it was simplified to a 1 x 7 speed for ease of maintenance and simplicity with a lowest gear or 34t:30t for urban use. No modifications were done with the fork since it was a generic hi tensile steel 1-inch threaded fork made for 26″ wheels. 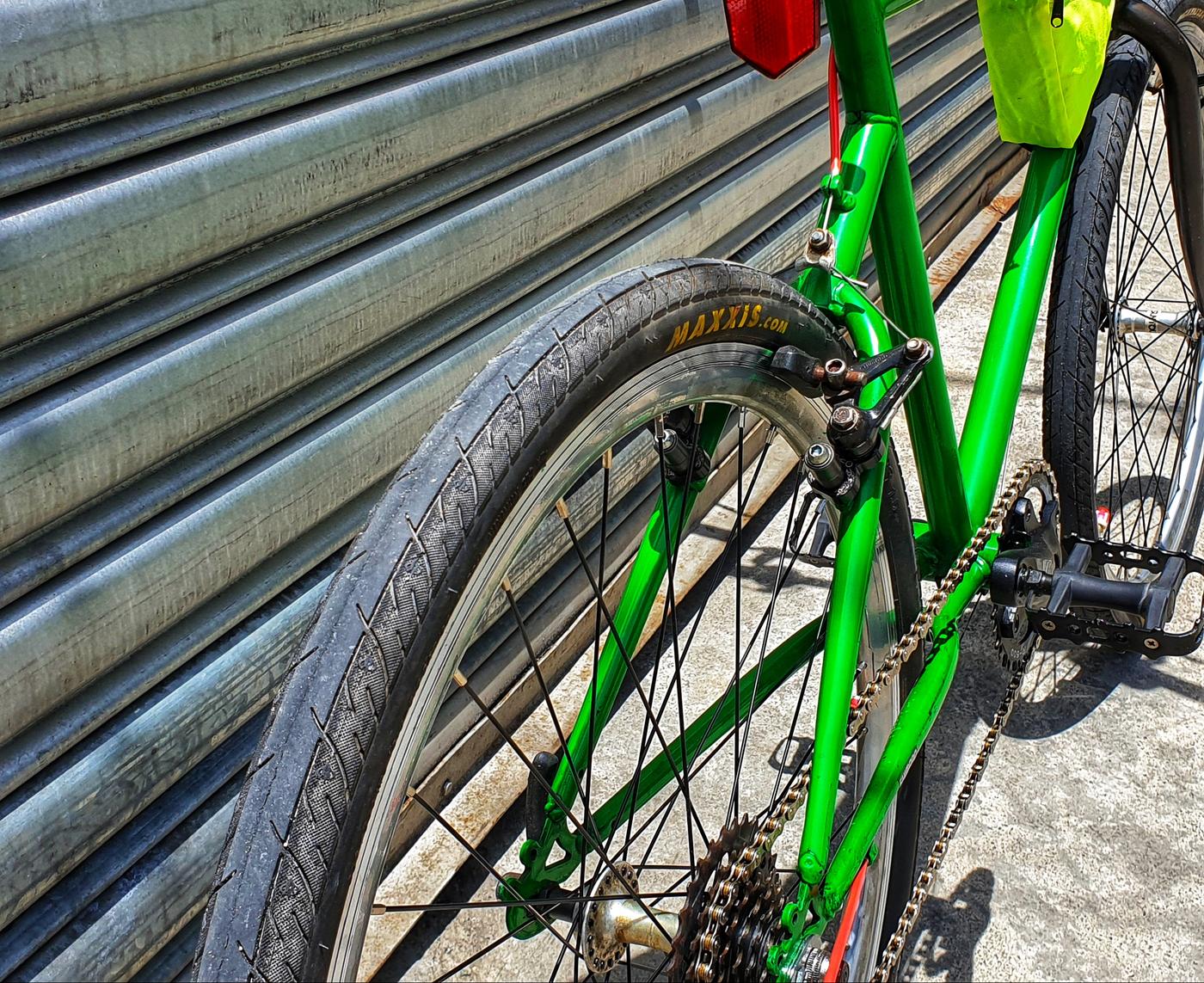 The rest of the build and parts were straightforward and low cost. A mix and match of 90s era Japanese made quality second hand parts and new budget parts. I’m not a fan of putting ultra-expensive boutique parts or performance components on resto-mods (more so in commuter bikes) because I think it’s just overkill. As the saying goes, “if it ain’t broke, don’t fix it”. There are tons of classic frames and bike parts that will stand the test of time, and are of high-grade quality. If it still works, I don’t see a reason to upgrade (or sidegrade) to an expensive boutique component that serves the same purpose. 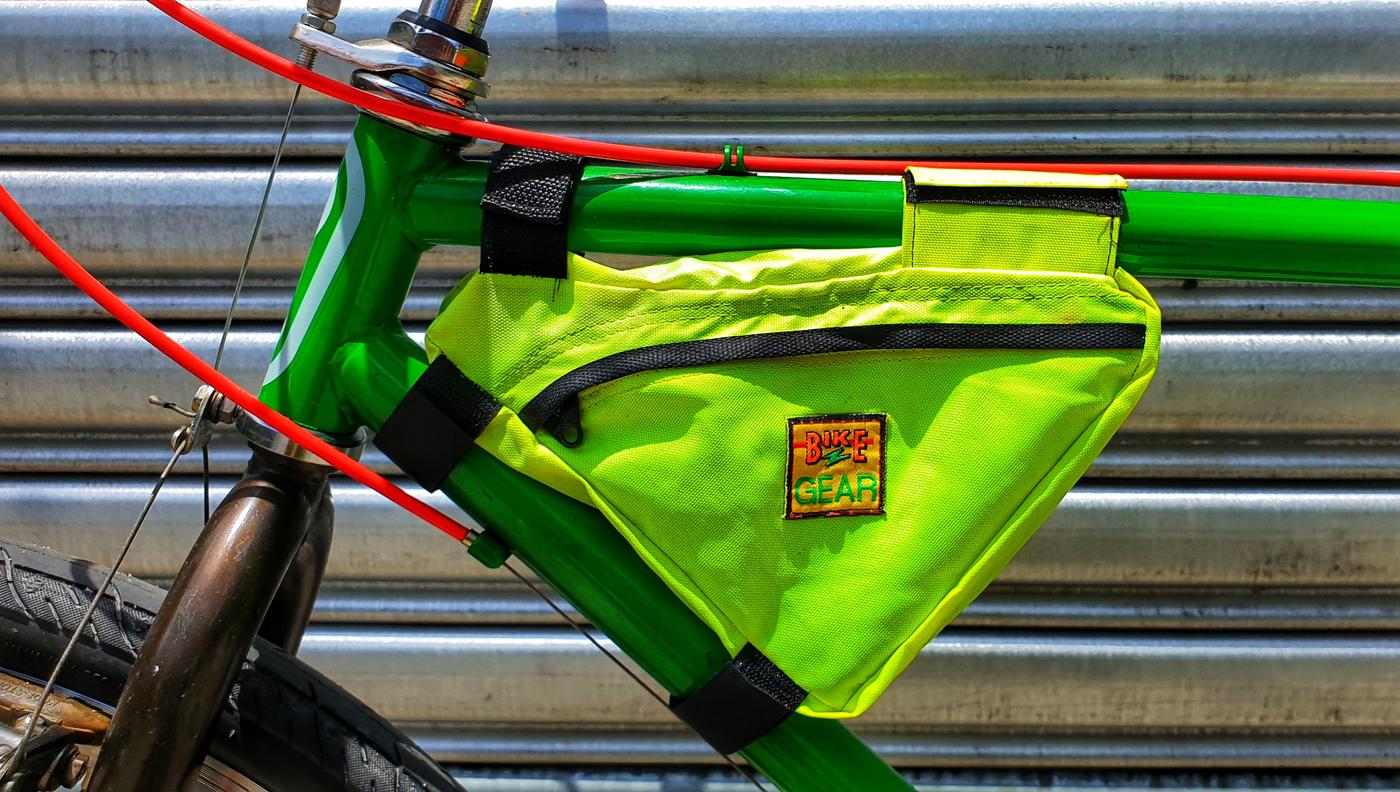 However, the only exceptions for upgrades in restomods, in my opinion, are 1)You have an expendable income and can afford it, or 2)You’re building a performance bike for a road, gravel or mtb race/use. 3)If it makes you happy. 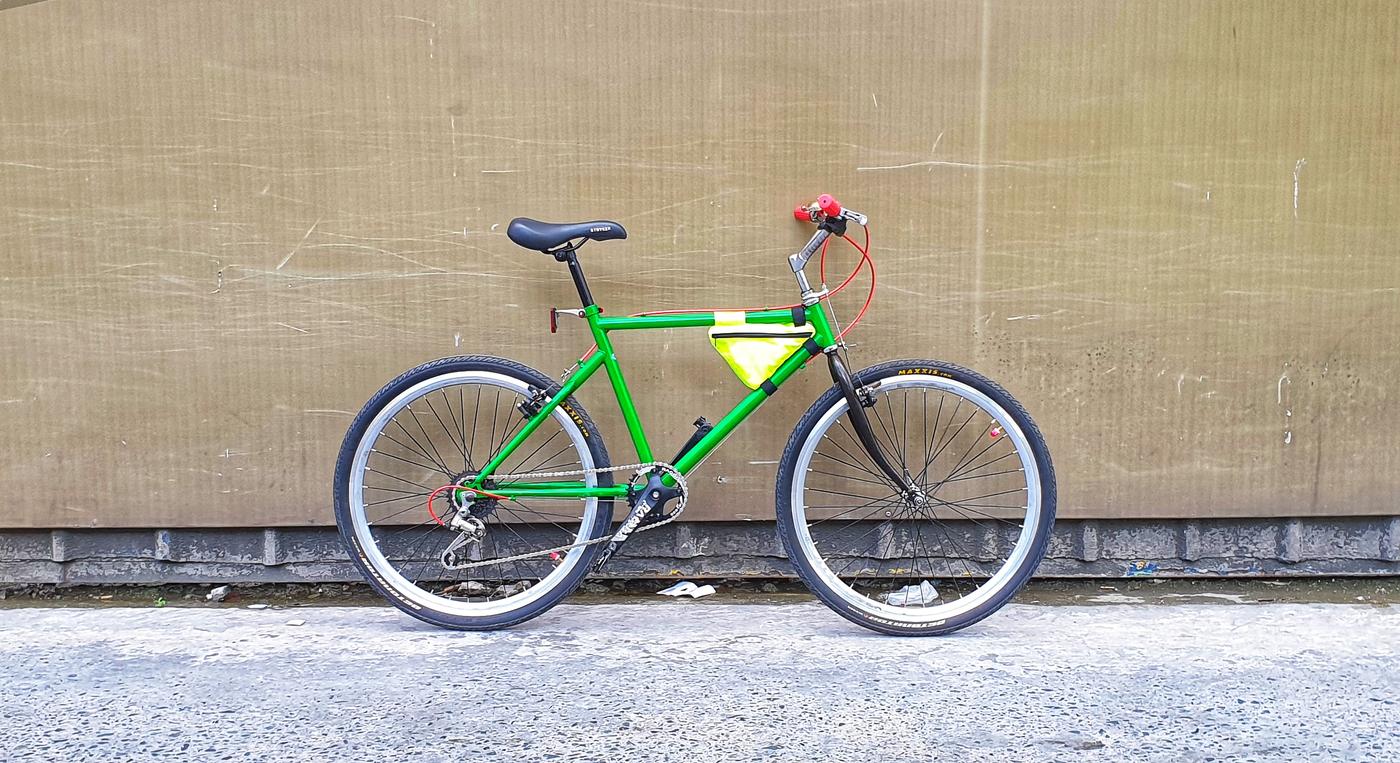 In the end, people can buy whatever they want. Who am I to tell them otherwise? However, keep in mind that hidden gems can be found in second-hand or abandoned 90s frames and components, old bicycle shops and in other people’s trash. It won’t cost you an arm and a leg, saves you a ton of money, and will likely put a smile on your face just as much as an expensive bike. You just have to put a lot of elbow grease on it.  Thank you to The Radavist and always shred lightly!