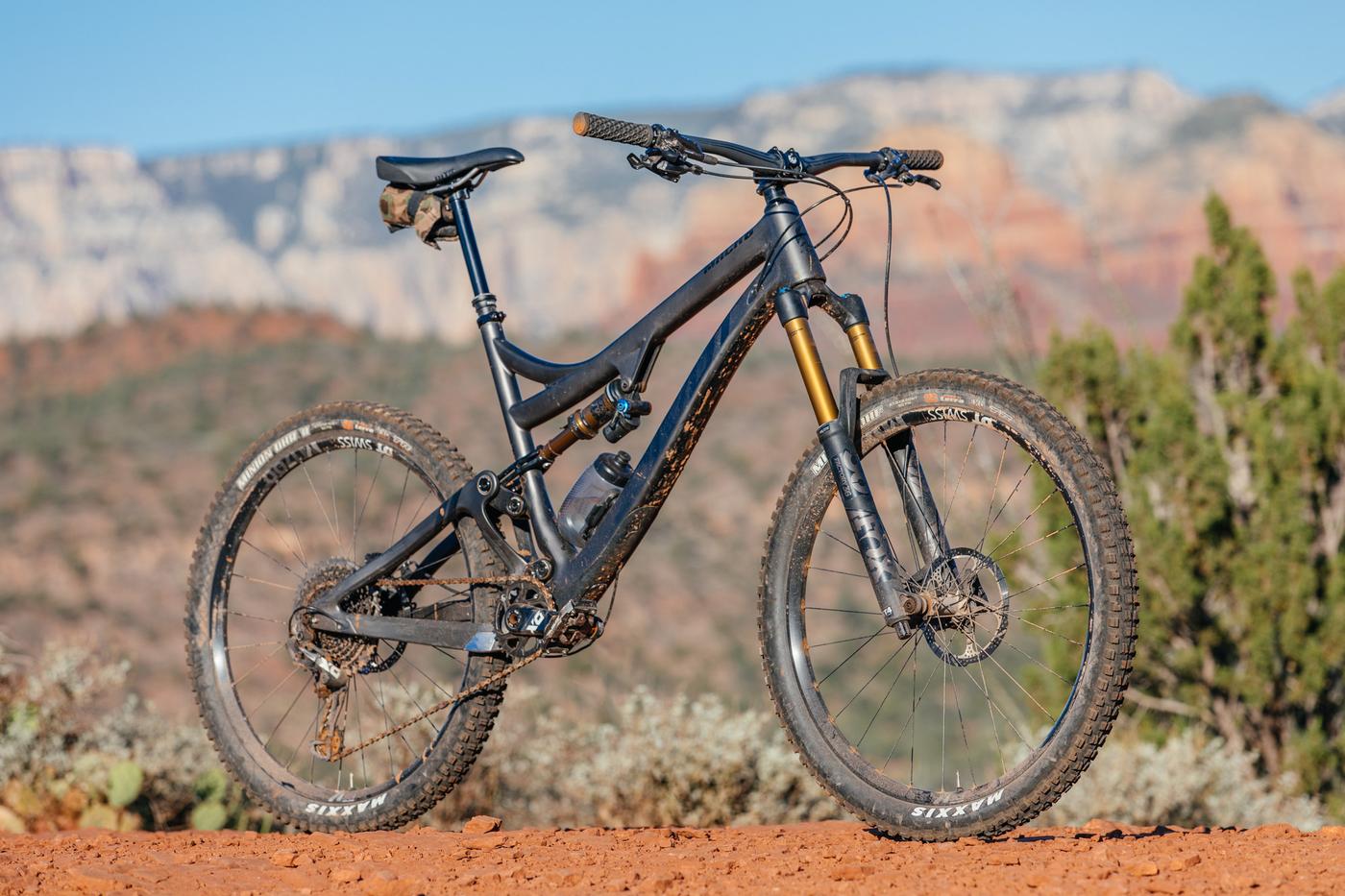 As its name implies, the Mach 6 is designed to go fast. With 155mm rear travel and 160mm front, the Pivot Cycles Mach 6 is playing the numbers game. Big travel numbers like that mean you have to push not only yourself but the bike as hard as you can since that’s a lot of travel to run through. This 27.5 wheeled machine could be at home in the all-mountain, trail, or enduro category, and is the smaller wheeled kin to the Firebird 29er, Pivot’s long travel, big-wheeled bike.

Before we get into the bike’s performance, let’s look at the details. 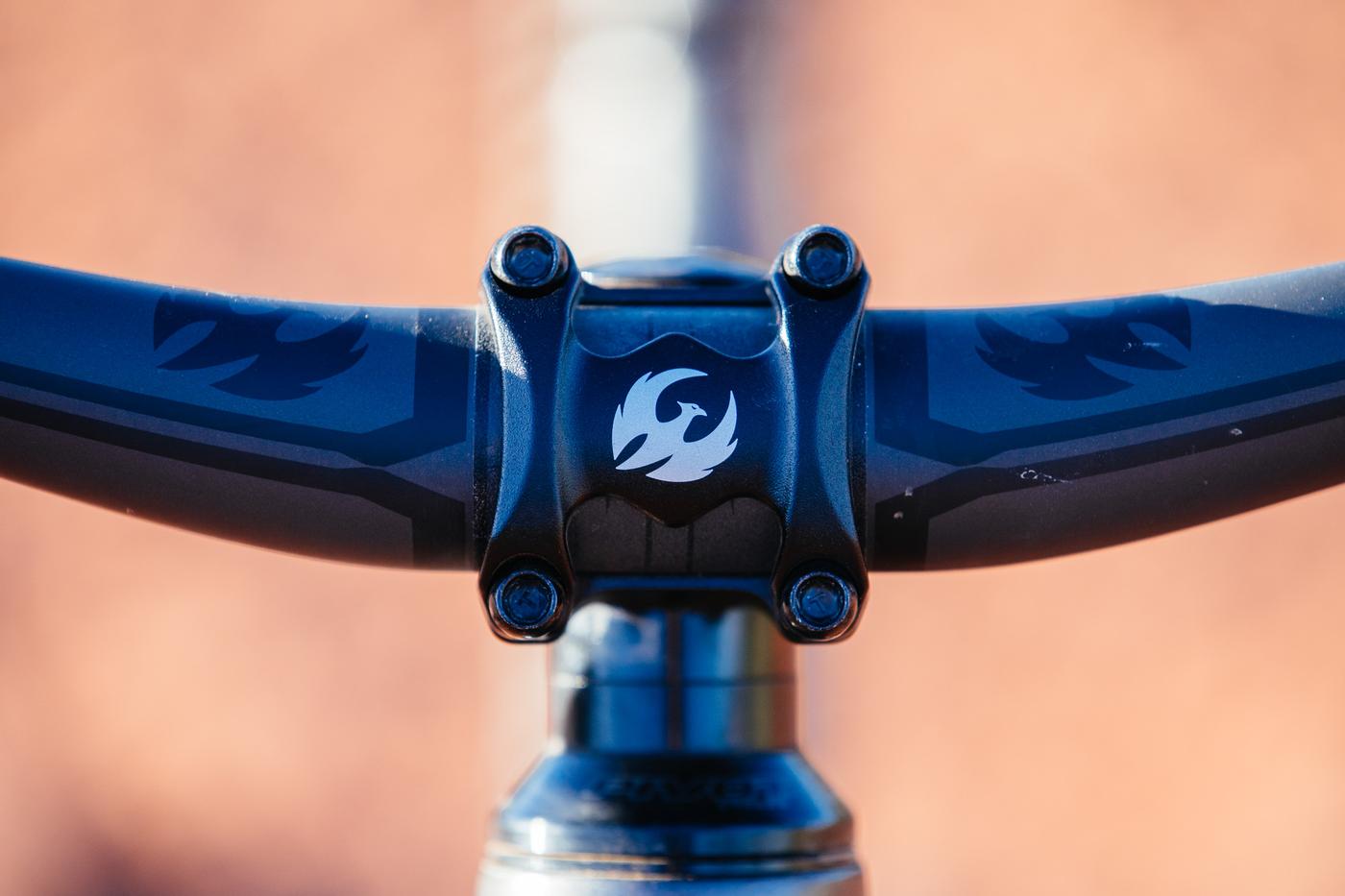 The first thing that struck me was the details on this bike. Pivot’s great at branding components and delivering a bike that is proud of its company name. That means bars, stem, grips, saddle and even the stem cap is branded with the Pivot Cycles Phoenix, a long-lived bird that cyclically regenerates over time. 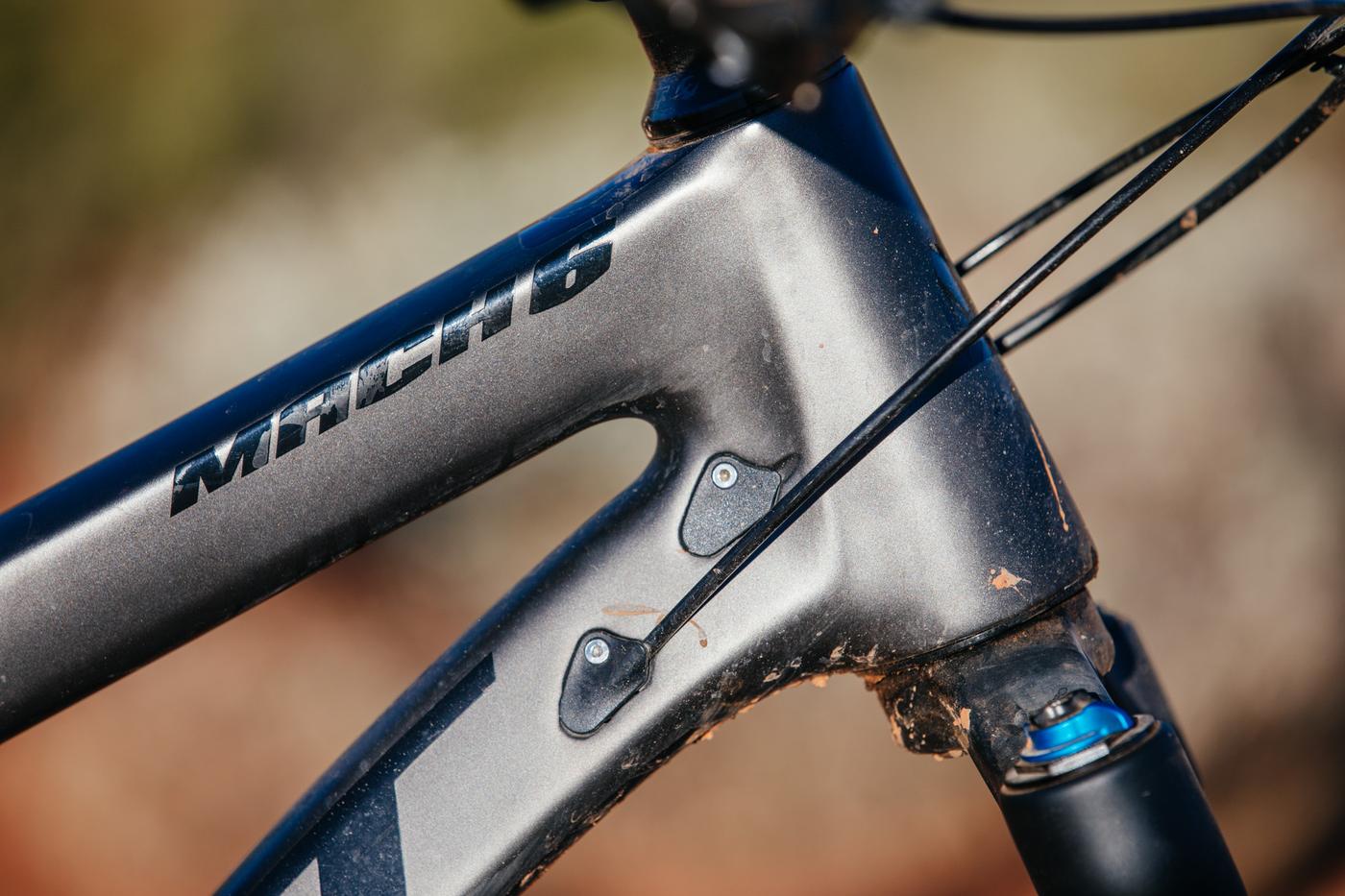 In terms of cable routing, the Mach 6 is like looking at an obsessive-compulsive person’s closet. There is nothing extraneous hanging around. Everything has its place and even straight from the factory, the bike looked nice and neat. Something that always bothers me but never enough for me to start clipping lines on a demo bike is crazy-ass cables. They rattle and get hung on branches while riding. Any company that delivers a bike with out-of-the-box cleanliness shows that they care not only about how their bikes ride, but how they look.

The componentry is rock solid, as a Pro XO1 build kit should be. 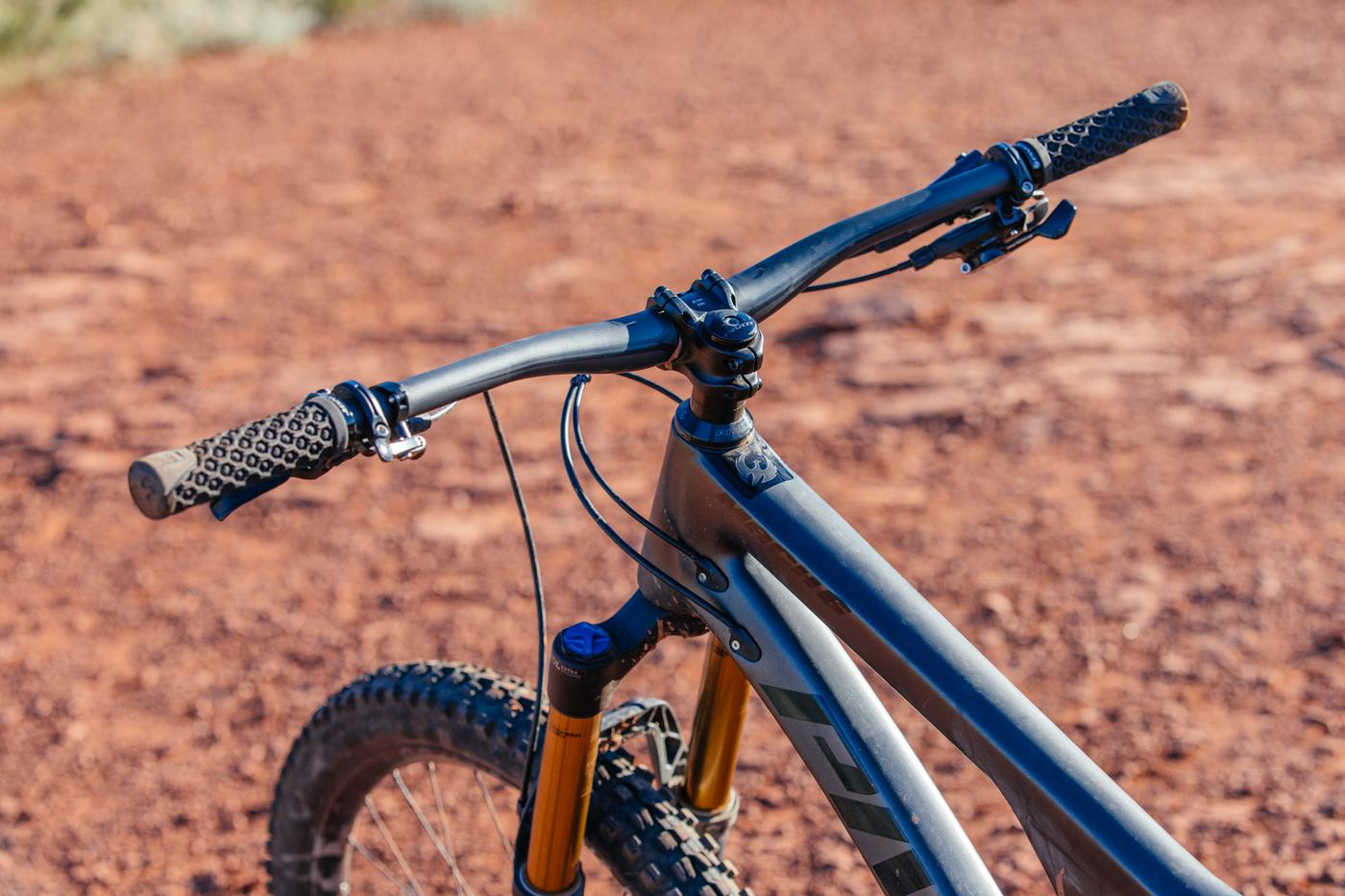 Paint can make or break a bike in terms of sales. I’ve heard people say things like “I love that brand, but their colors are horrible.” The thing is, you can always bet on black, and black bikes are usually the way I go with bikes where the only other color option is a bright blue or deep red. While the brighter colors certainly photograph better, they’re the easy way out in terms of delivering flashy photos. Personally, black frames are where you can weigh a brand’s ability to design the graphics of a bike.

Pivot’s mix of gloss and semi-gloss paint takes their otherwise flashy graphics and dials it down a bit, delivering a very sleek and elegant package. The Mach 6 has plenty of decals on it but they’re subtly offset by the beautiful matte finish. 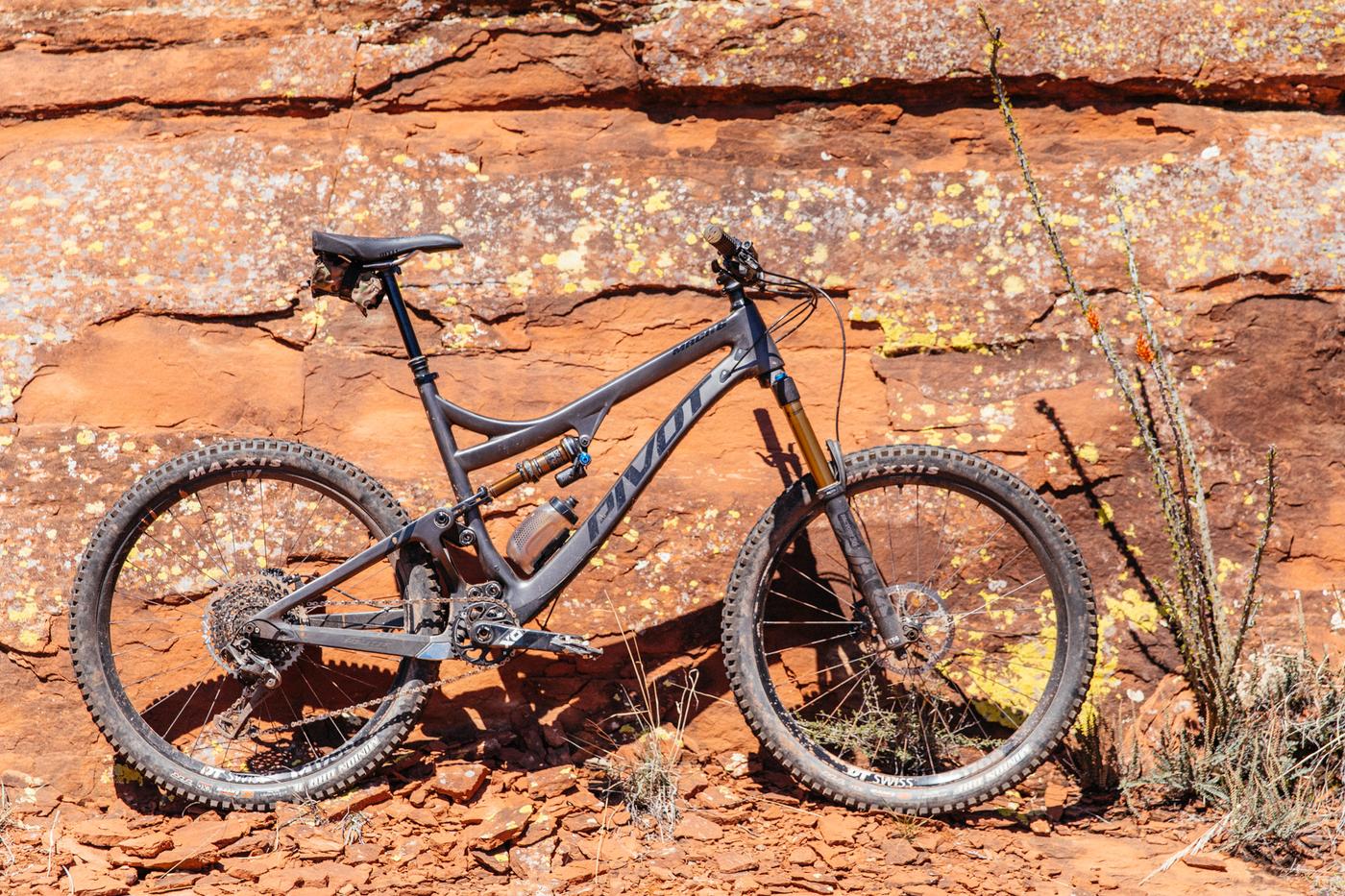 A lot of that has to do with the exceptional ride of the DW Link Suspension design, which I won’t even attempt to tackle in this article. Head to DW Link to read about the science behind this design. All I can say is I like DW Link bikes and the Mach 6 rides extremely well for being such a big travel bike.

When I first unpacked the Mach 6, I intentionally didn’t look at the geometry, save for sizing information. I’m almost always an XL, so I went with the appropriate size. 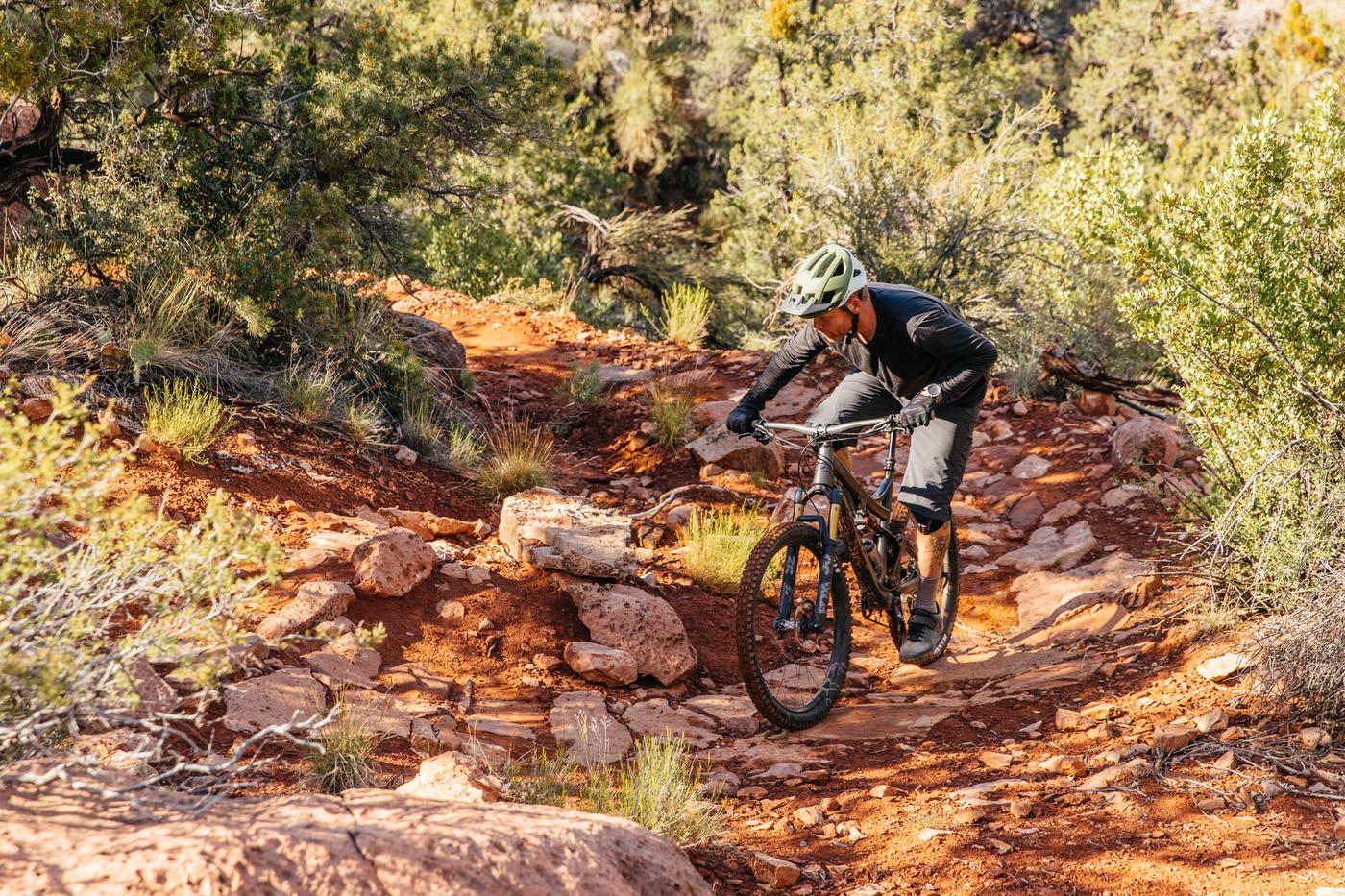 Like the mythical bird, the Phoenix, the Mach 6 ascends with ease. It isn’t just for bombing trails, it’s actually one of the nicest climbing big bikes I’ve ever ridden. I really felt like the seat tube angle must have been at least a 76º, if not more, since a 77º angle is what many would consider the sweet spot, so I was surprised to find the seat tube angle at 74.75º! Even up super steep switchbacks with little to no traction, the Mach 6 was a diesel tractor, finding plenty of readily-available bite. With a front-center on the longer side of things, it wasn’t difficult to get my weight over the cockpit of the bike and steer it accordlingly. 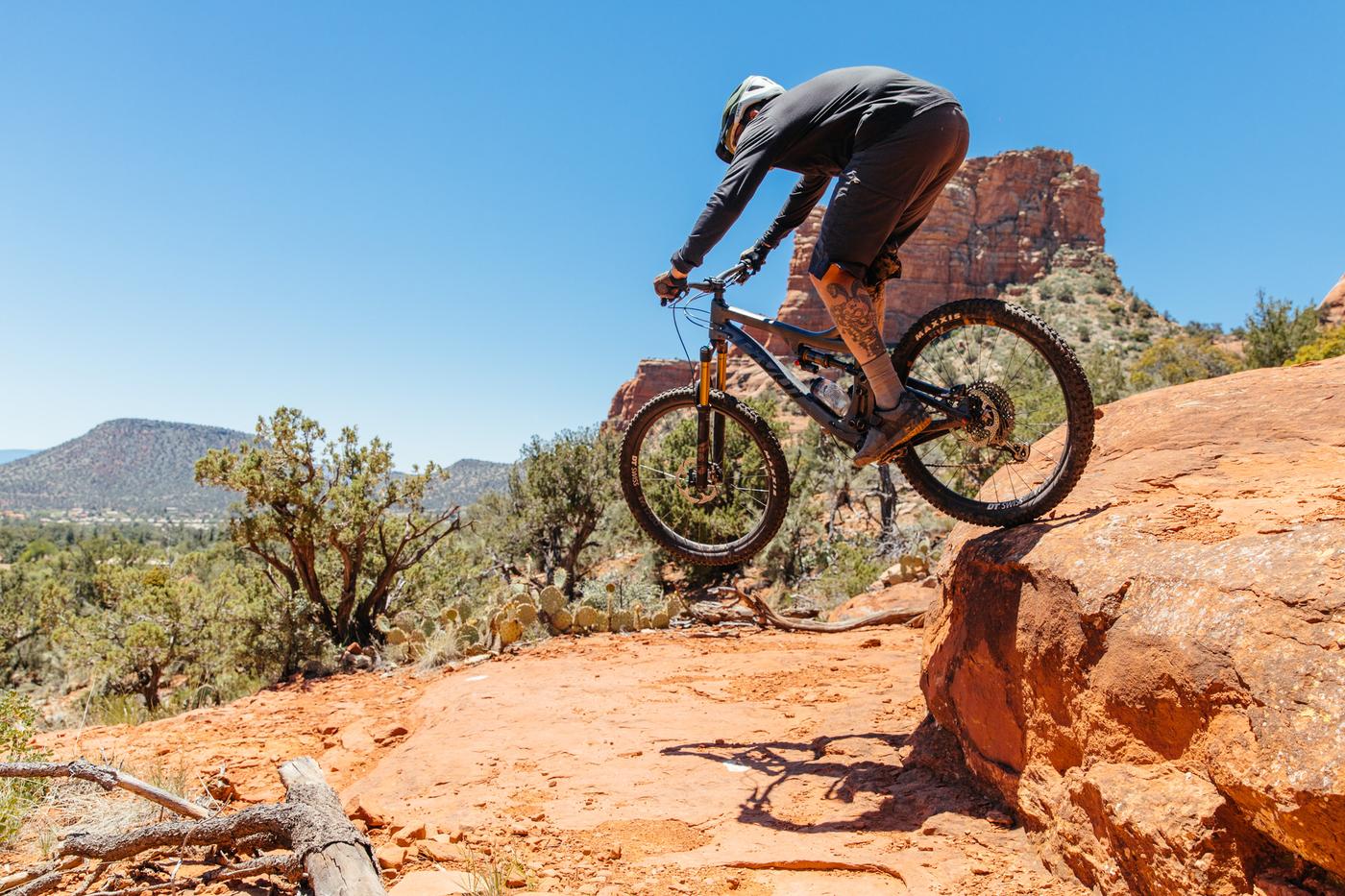 You can’t talk about the Mach 6 and not talk about its uncanny ability to go downhill. Fast. To be honest, I wasn’t jiving with this bike on my local trails here in the San Gabriel Mountains. We ride on appropriated hiking trails, that barely have any moments where you can open it up and when you can, you’ve gotta be mindful of hikers and other trail users. It wasn’t until riding the bike in Sedona where I really felt the Phoenix’s spirit in the Mach 6 but man, you’ve gotta work for it. This very reason is why I usually don’t like long-travel 29ers since the larger wheels are even harder to maneuver yet the 27.5 wheels on the Mach 6 were perfect for this travel package. 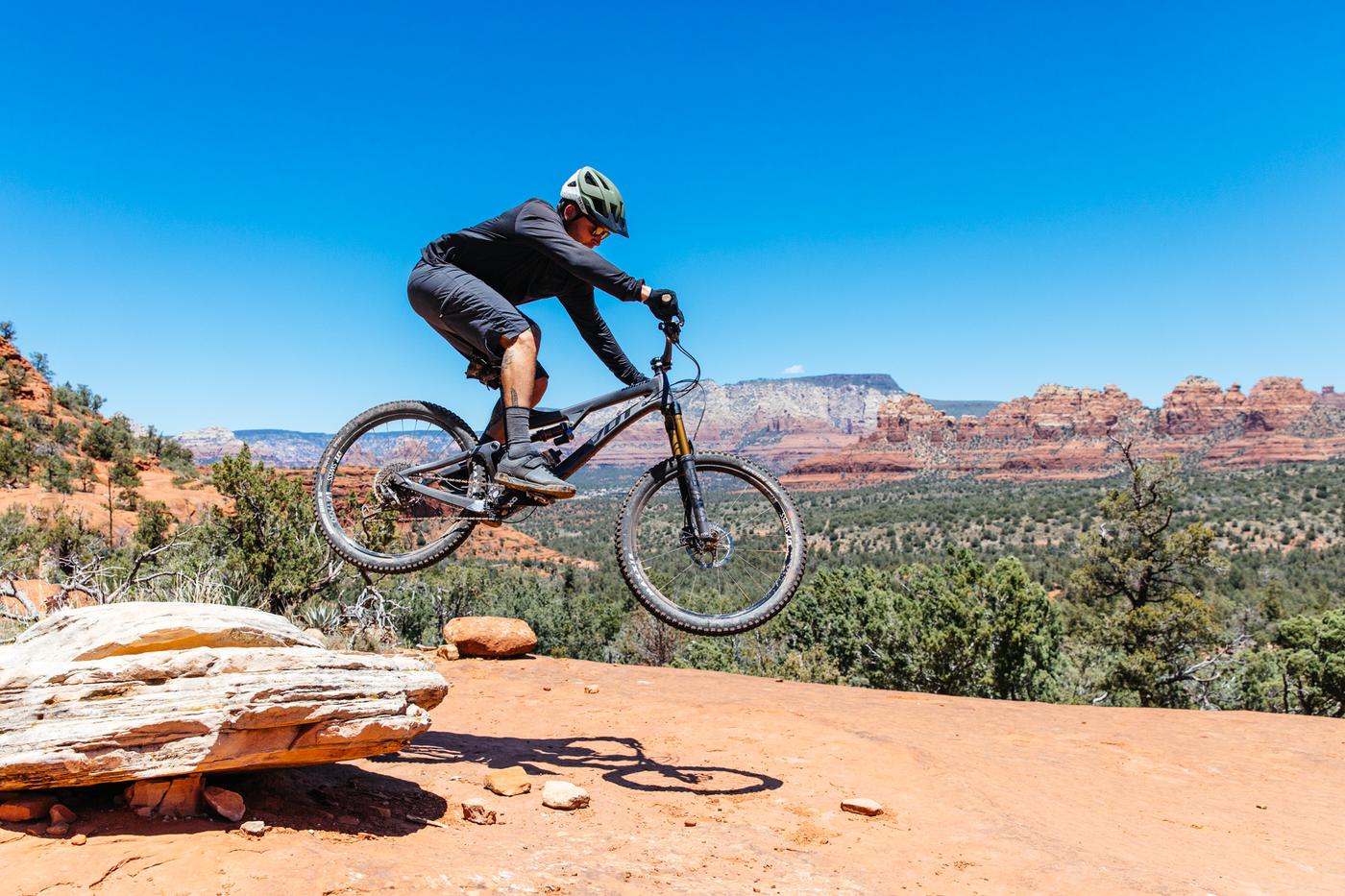 As the name implies, the Mach 6 wants to go fast. It’s almost like the geometry, the suspension, and the wheel size doesn’t catch fire until you’re comfortable letting go of the brakes. Since I knew these trails fairly well, I finally found myself putting my faith in the Mach 6. Big hits didn’t matter, it hugged tight corners, and would monster truck over anything without consequence.

You have to punish and push this bike to get it to come alive. 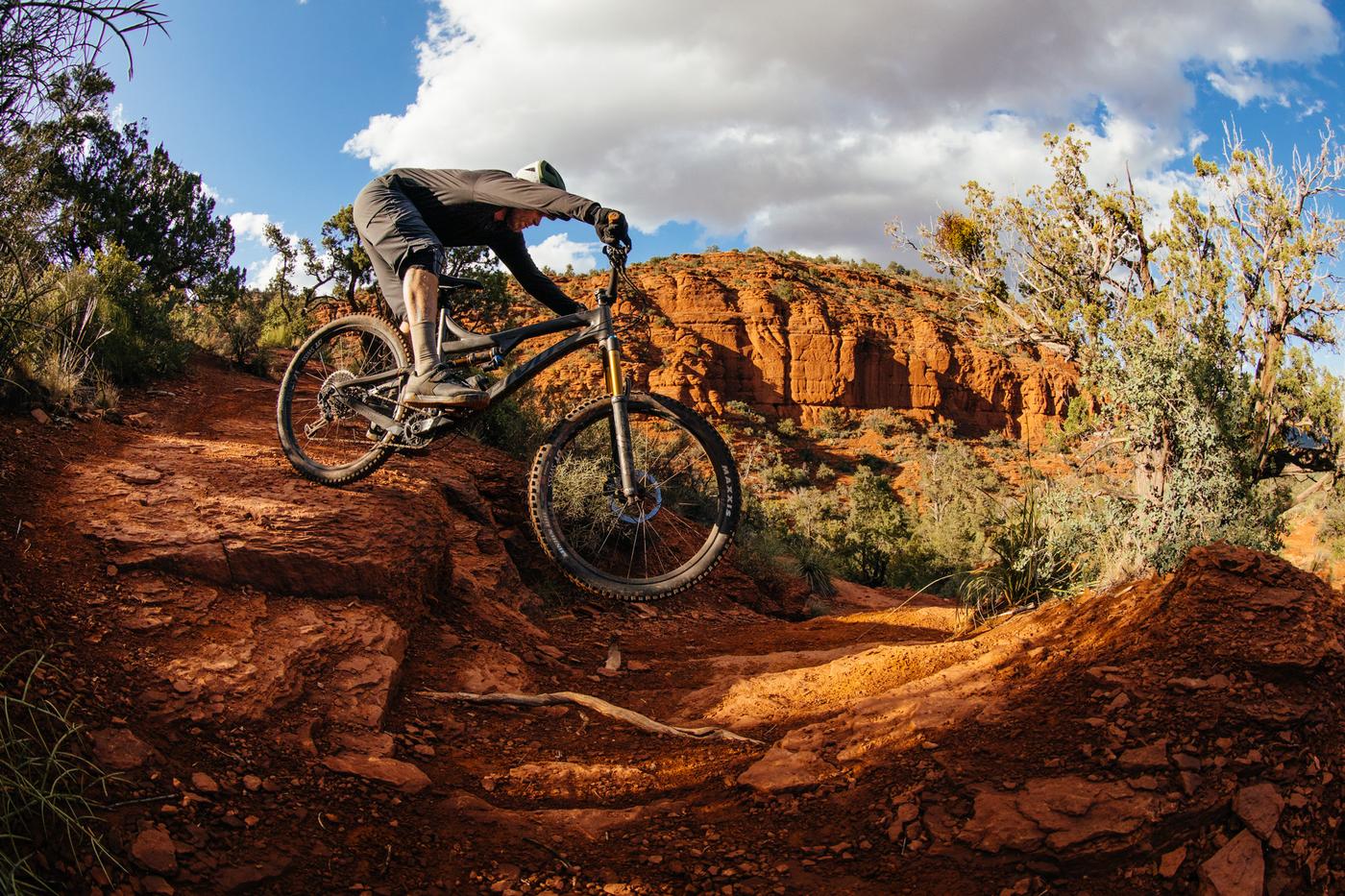 Coming off the Starling Murmur, a bike that had a lot of flex and pop, the Mach 6 felt so stiff and chattery. While full suspensions are for sure marvels of engineering, the human body is the true masterpiece, allowing for quick adaption and after two rides or so, I was habituated to the newfound stiffness of the Mach 6. Yet, I cannot emphasize enough how much of an undertaking it is to successfully wield this bike. 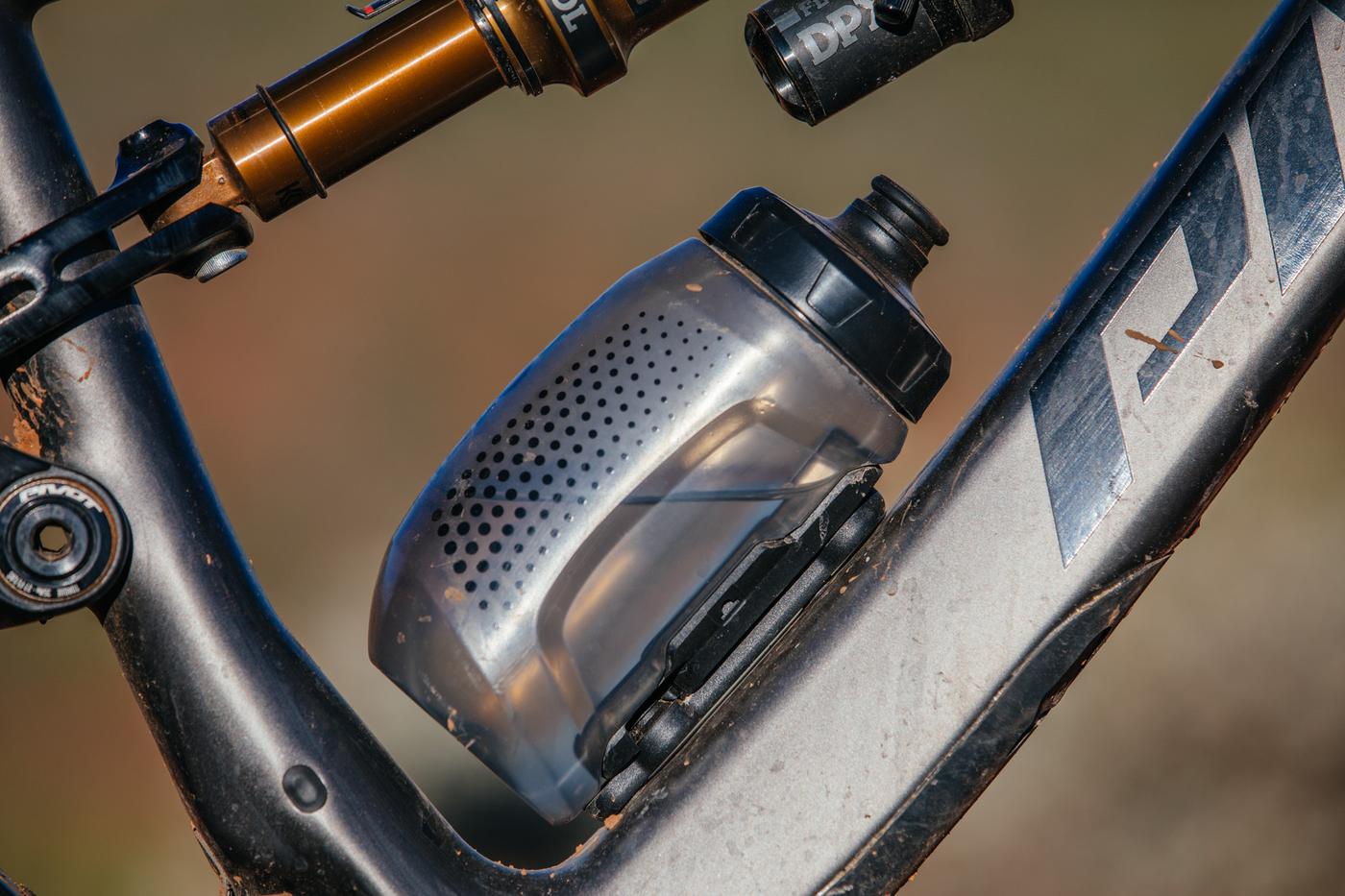 Another thing isn’t necessarily Pivot’s fault, yet it is a growing trend within the MTB industry and is a huge bummer. I’m not directing this at Pivot perse but who thinks an acceptable size for a water bottle is 15oz?! 15 ounces is 3oz more than a can of sparkling water. I drink 15 ounces and am immediately more parched and guess what? I don’t always want to carry a pack. I live in the desert and hate having shit on my back. Sometimes I just want to ride without a pack and this bottle made that difficult. These minuscule 15oz bottles barely are enough water for my 1.5 hour trail jam. The biggest bummer is that the Mach 6 climbs so damn well, yet it is limited by this ridiculous bottle. If you could fit a big boy bottle on the bike, you could climb much higher up the mountain. 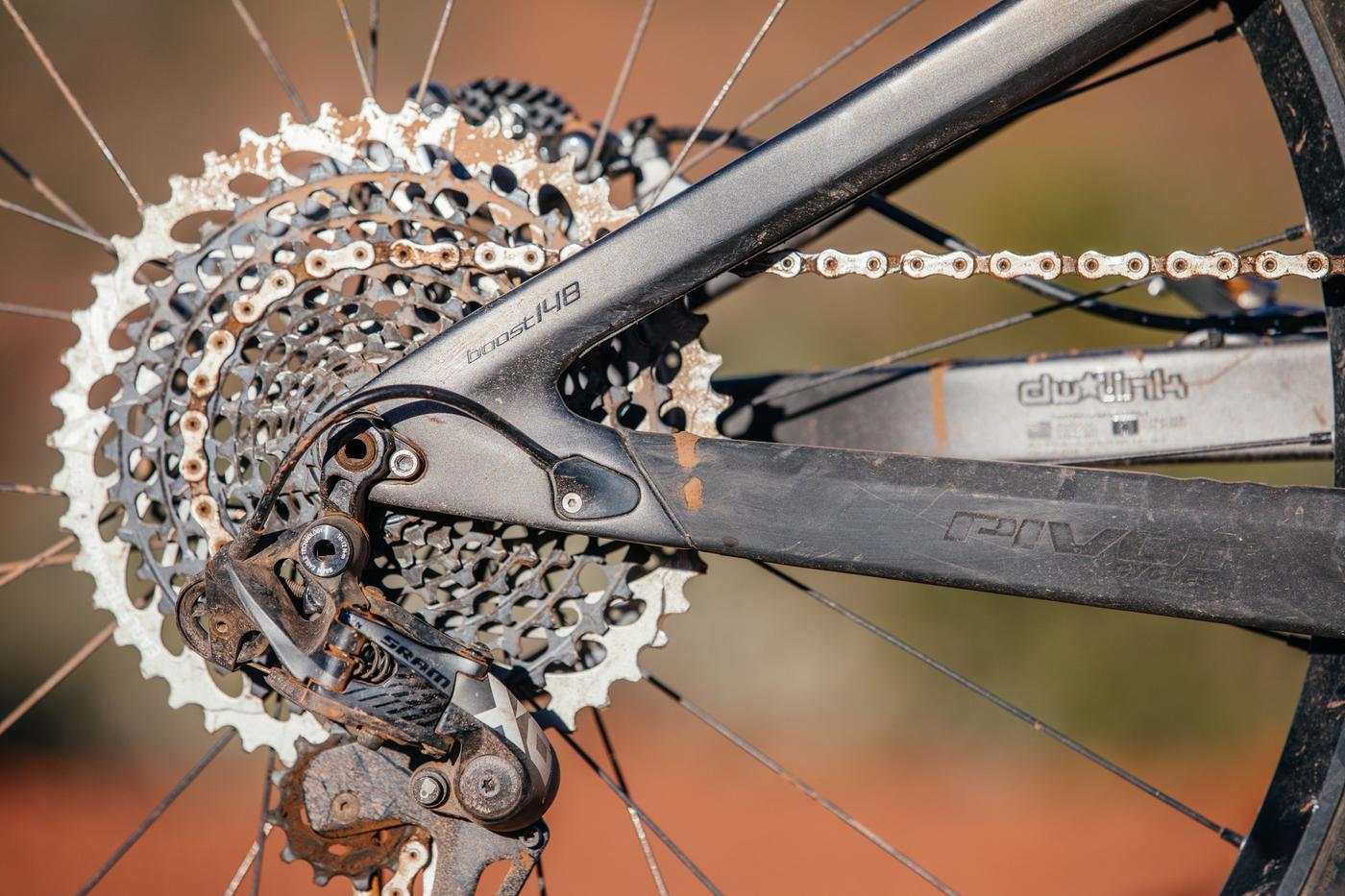 The last and biggest critique is the price of Pivots in general. The bike I reviewed, a Pro XO1, build kit is $7,399. While that’s not a lot when compared to the Ibis Mojo HD4 with an X01 kit is $8,299, I wish Pivot would offer NX or GX build kits to make these carbon frames a bit more accessible. While they do offer an XT option for $5,1999, an NX build would be even less. 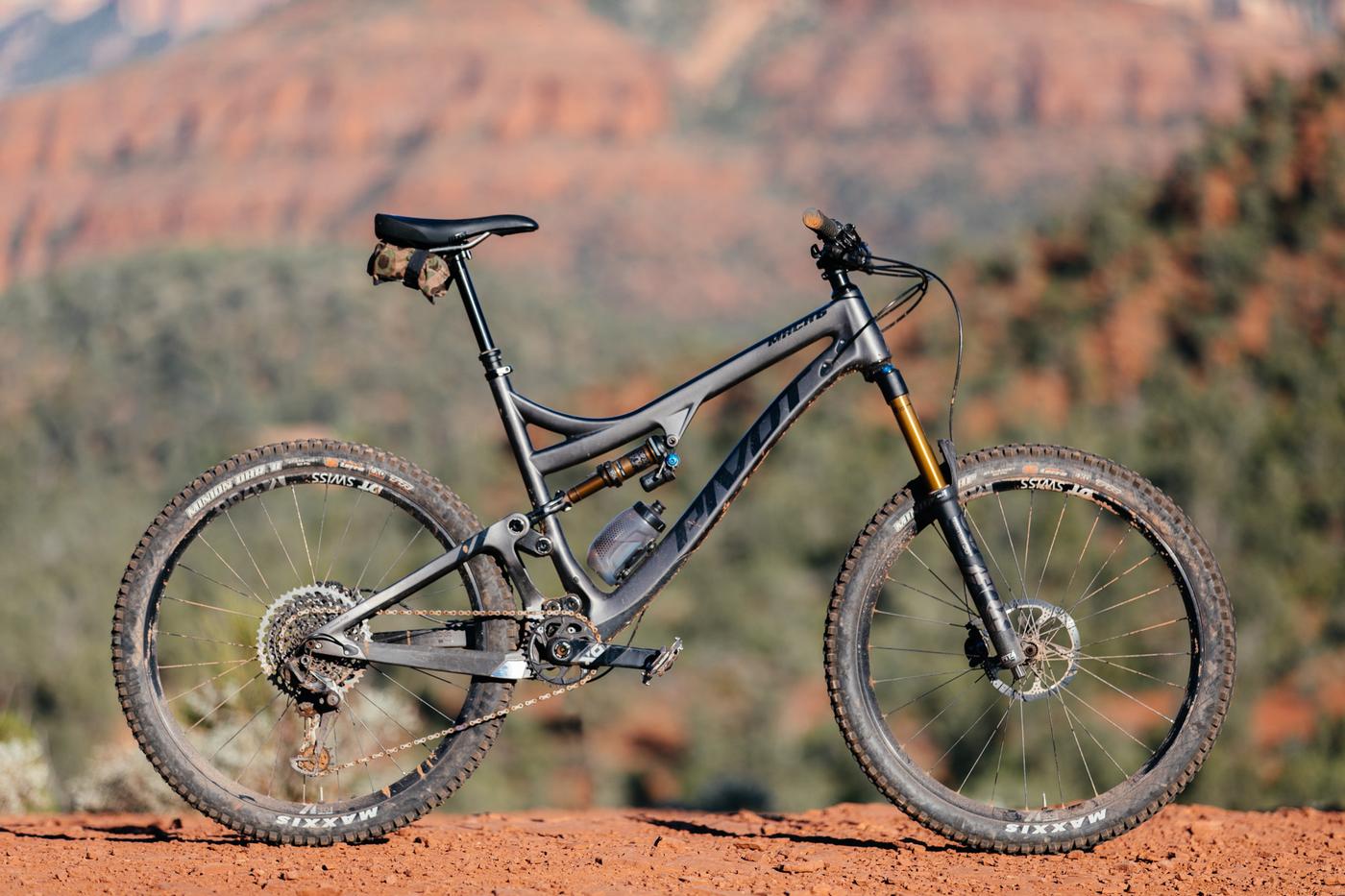 All that said, the Mach 6 was a guilty pleasure. A veritable shred sled that lives up to the brand’s namesake logo, the Phoenix.

See more information at Pivot Cycles and drop any questions below in the comments.