Scenes from the Strong Frames and Pursuit Cycles shop 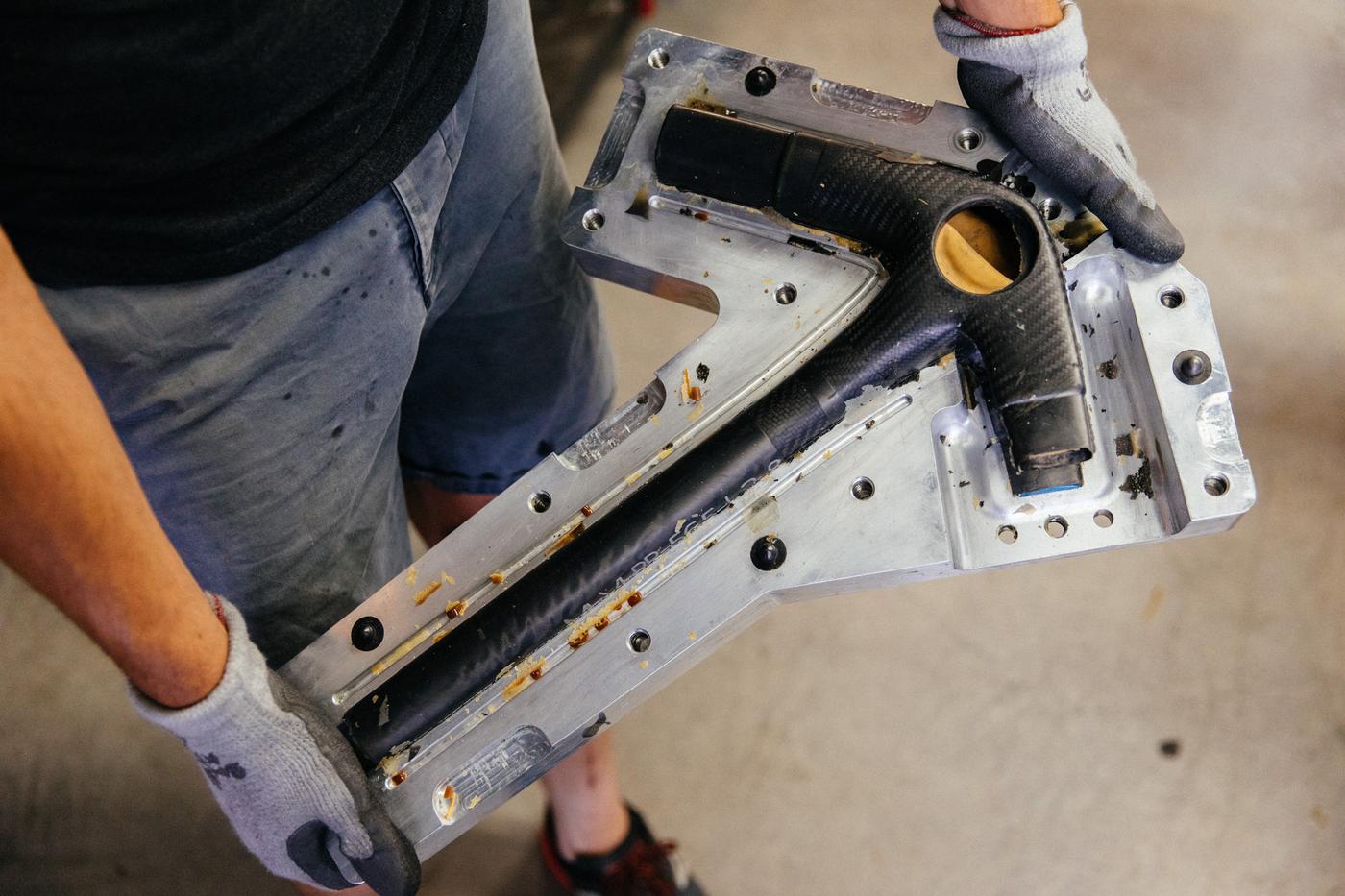 How can you be a master framebuilder when you’ve only mastered a few frame materials? After a lifetime of building with steel and titanium, Carl felt it was time for a sea change, a challenge, a new feat of engineering, a new brand. Pursuit Cycles was born from Carl’s honest, inquisitive nature. What would a carbon fiber Strong Frames look like? What could it look like and should it be a Strong, or something new? After working with a few engineers, Kyle Rohan and Jeff Wyatt, Carl pulled together a business plan for what would become Pursuit Cycles, a very literal take on Carl’s desire to offer only the best bikes for his customers, present, past, and future. 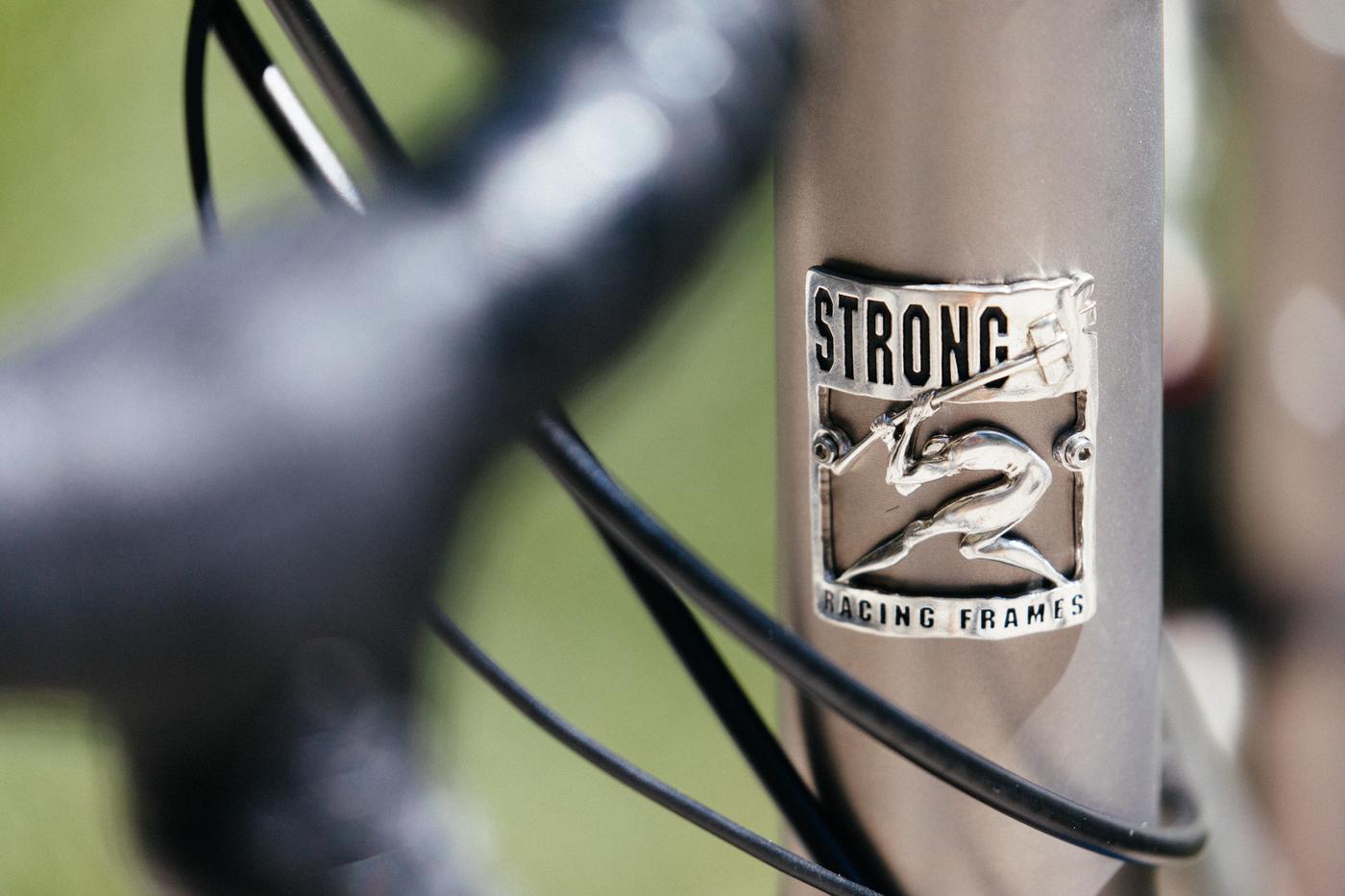 After a series of shop spaces, Carl finally moved his facilities to his home in Bozeman in 2013. He and his team, including his wife Loretta, have had quite the journey over the years and Strong Frames’ shop space is a living testament to decades of fabrication in the cycling industry. From mills used by Ibis in their early years to magazine clippings questioning the “end of the hardtail” – funny how the industry paints a picture of impending doom for that platform – and other cycling ephemera. Inside these two bay doors Carl and his team design, spec, fabricate and assemble beautifully-crafted complete bicycles under the Strong Frames and Pursuit Cycles labels. 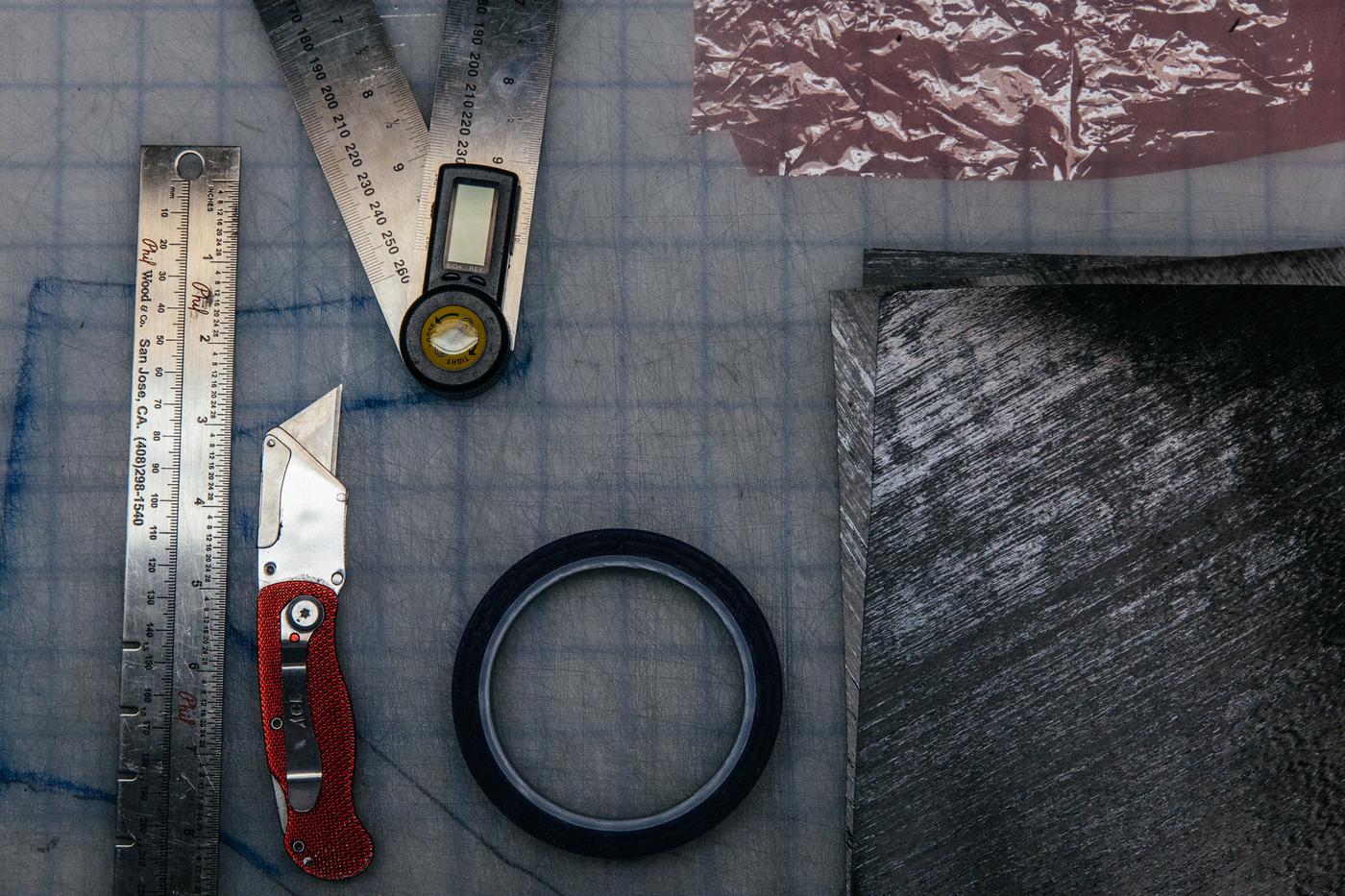 Amazingly so, the carbon fiber production could fit into a large suburban closet in a master suite, with the largest spatial requirement being the carbon fiber cutting table. The rest consists of a library of CNC milled production molds, as well as an alignment table, and stand. Very little machinery is required to get a Pursuit rolling out the door and say what you will about steel or titanium bikes, but the whole Pursuit process feels so space-aged and streamlined compared to traditional tig welding procedures. All Carl Strong has wanted to do in his life is to make the best bikes possible and I commend him in keeping Strong Frames upon the announcement of Pursuit Cycles. Yes, Carl is still making handmade frames under Strong Frames, so don’t fret if you were thinking about ordering one. Right now, Pursuit is marketed as a limited edition endeavor, with their flagship model, aptly named the Mark I, being limited to 35 pieces and available in three colors. These frames epitomize the height of carbon fiber technology and are fine-tuned to deliver an exceptional, unrivaled ride. After all, why would Carl Strong pursue anything else?

Adages might be succinct ways to tell life’s greatest lessons, but for Carl Strong, there is but one that still applies: “Practice makes perfect.”

There is a whole world of data available on both of these brands, at their respective websites. I’d like to invite those curious to browse Strong Frames and Pursuit Cycles for more information. Pricing for a Strong Frame begins at $2,200, with pricing for a Mark I Pursuit beginning at $5,800 for a frameset.