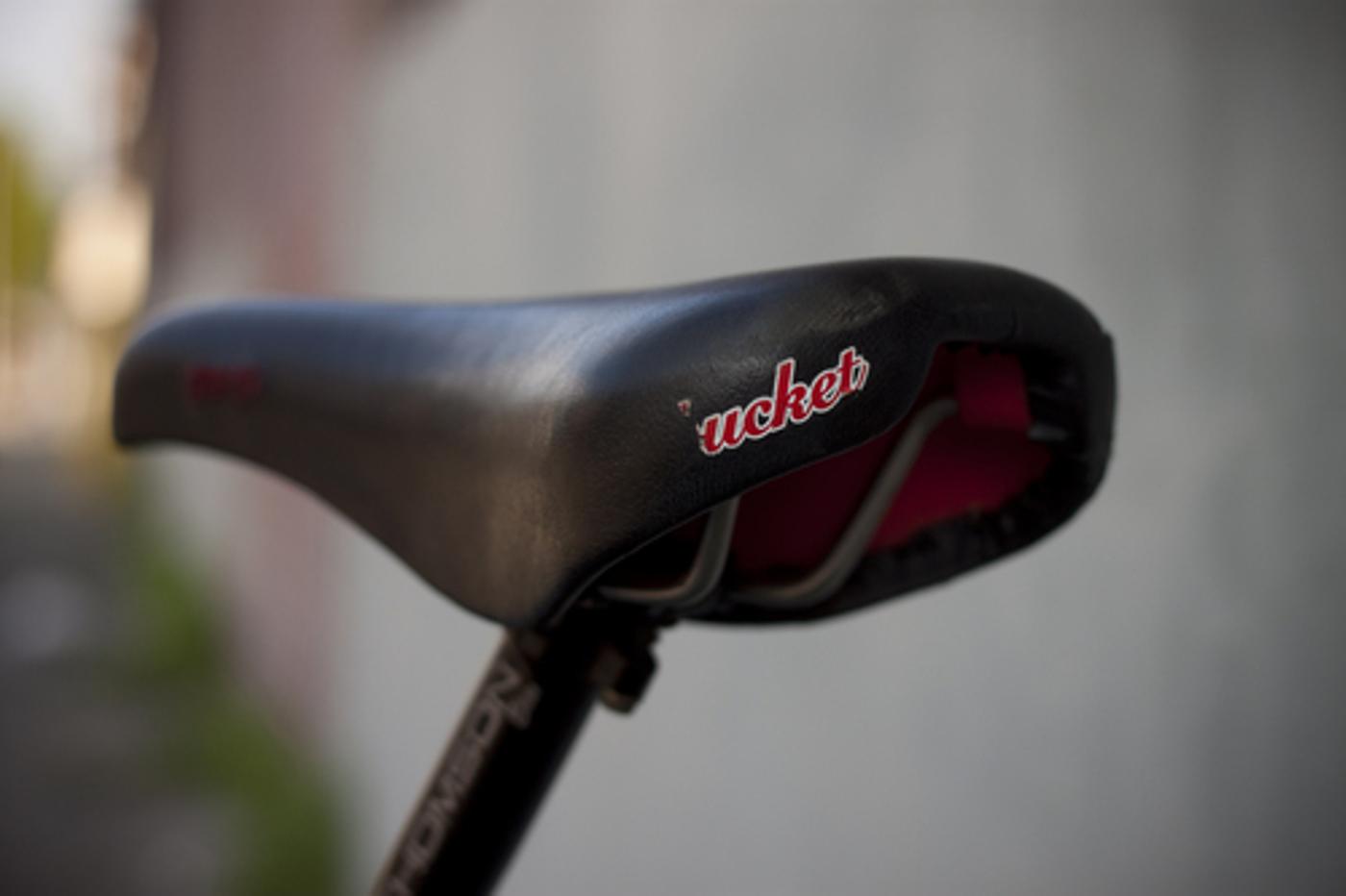 When Nick at Charge ( @chargebikes ) first showed me the Bucket Saddle over a year ago, I was thrilled to have a Turbo knock-off on the market. At the time, Selle Italia hadn’t re-issued their classic Turbo, so there were only a few options. I finally got my hands on one about 3 months ago and immediately put it on my Bruiser. Initially I was skeptical as to what would feel better, the Bucket or the Turbo re-issue. On both my road bikes I’ve got vintage Turbos, so I spend a lot of time sitting on one and like most people, I’m very particular about my saddles.

I was convinced that the re-issued Turbos were the way to go but I quickly changed my mind.

Check out more photos and the continued review below. 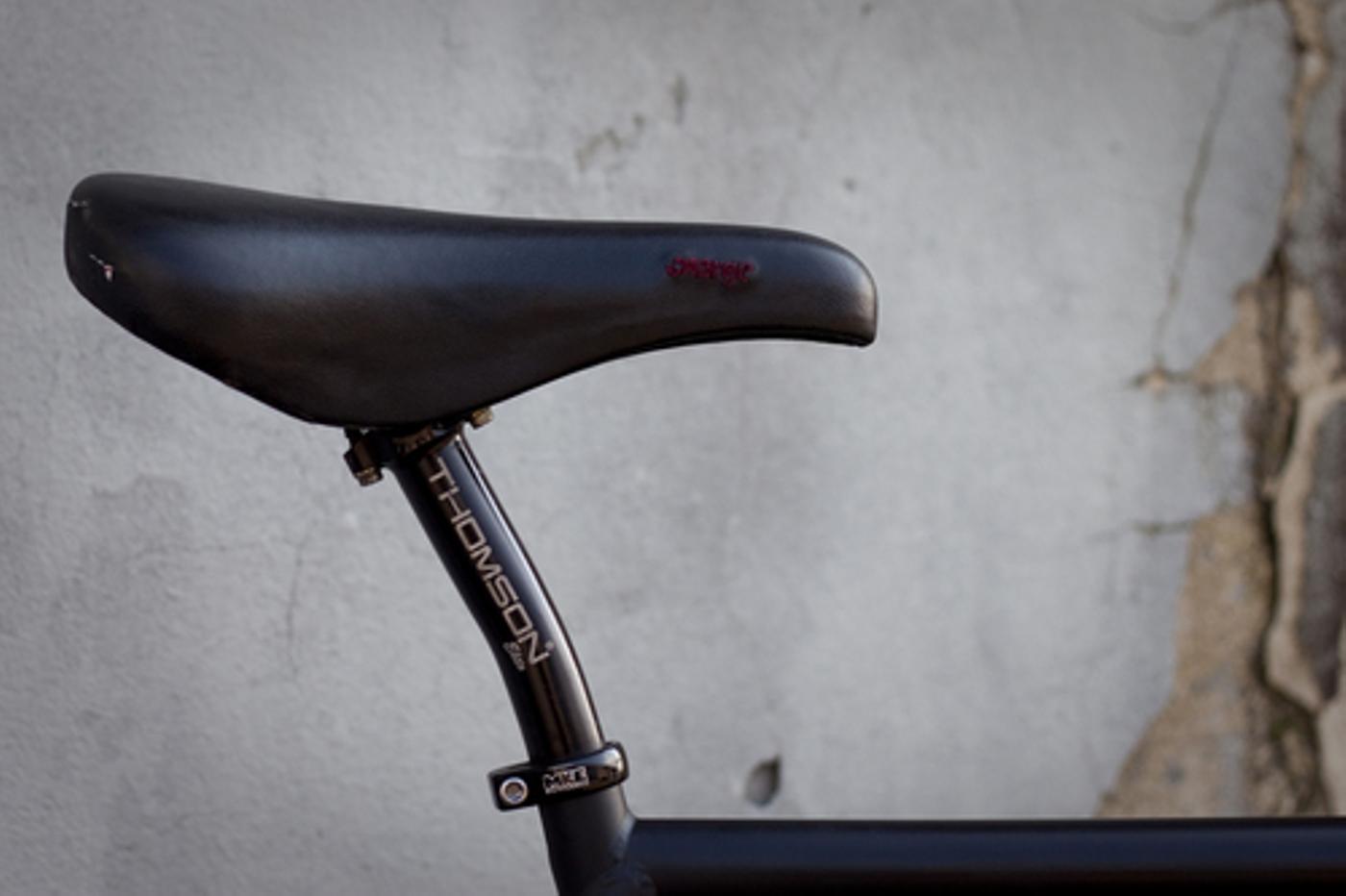 As you can see, the silhouette of the Bucket is identical to the Turbo. So identical that I feel like I’m getting on a vintage Turbo when I ride it. 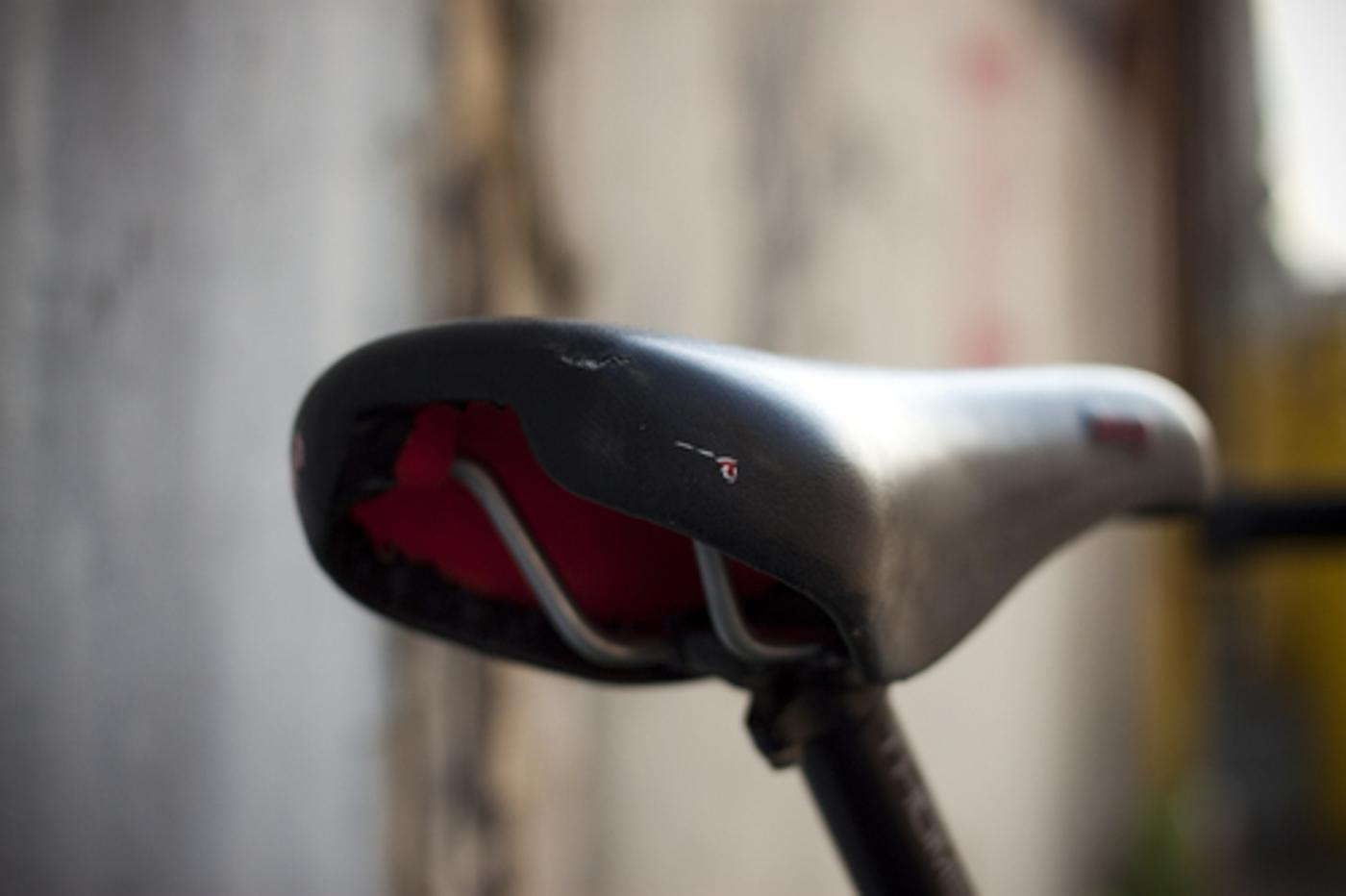 The synthetic cover takes a beating and only once did I rip it after many falls and kick-outs. Coincidentally, this one rip is from when I fell really hard two weeks ago, spraining my wrist. The fake leather is really soft and having the Charge logo embroidered is a nice touch. Another aesthetic note is the under-saddle color. The Bucket matches my Bruiser’s fork perfectly with a bright neon red color.

The construction of the saddle is sturdy. I’ve yet to bend the rails riding it and the padding is super comfy. My only critique is that the finishing is kind of hacked out where the material wraps but you never see it and It’s not a major issue. 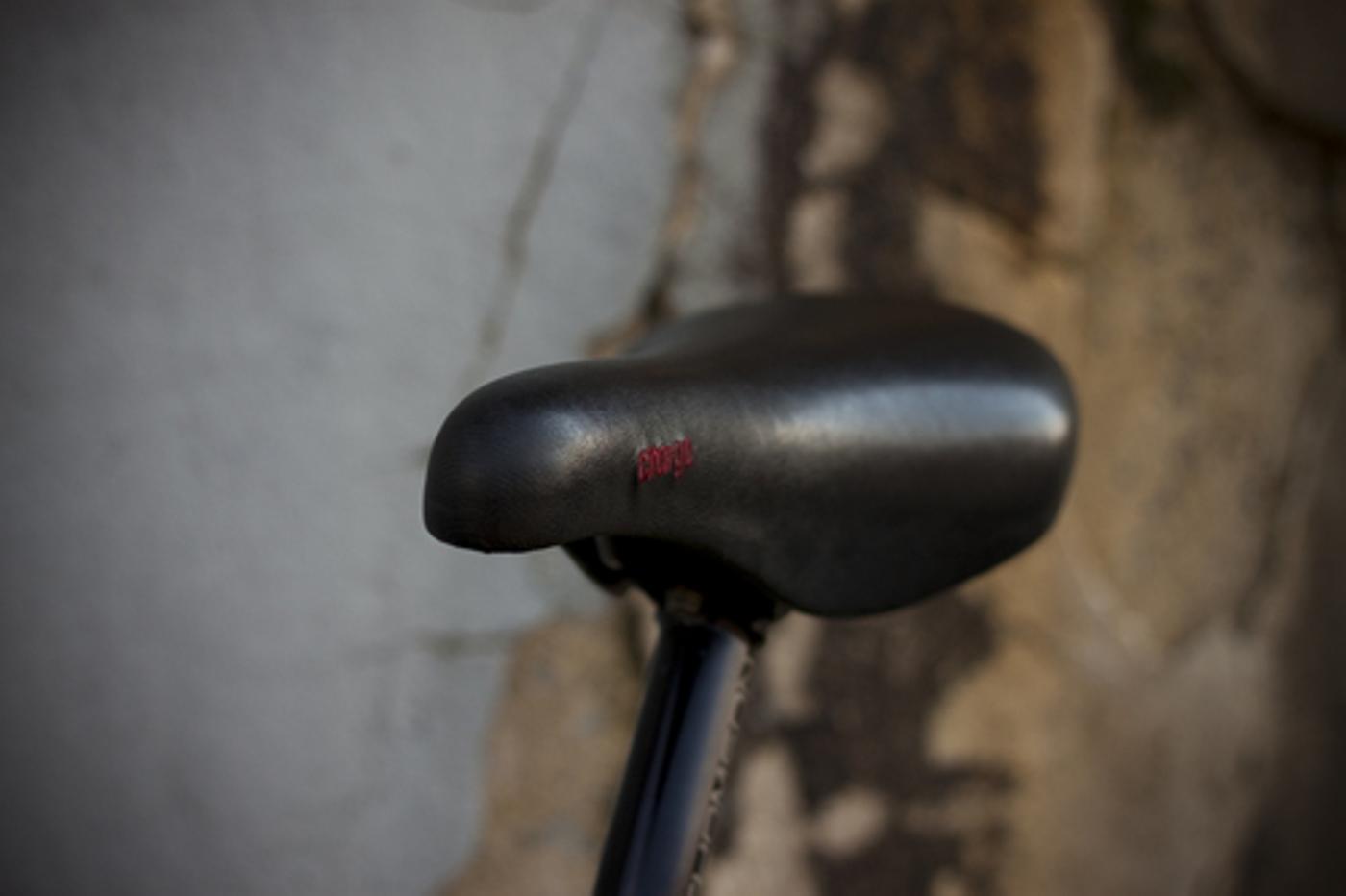 One of the spots all my saddles wear is at the nose. This is mostly because I wear jeans all the time. You can barely see the wear on the Bucket here. It’s almost obsolete. Aside from black, the Bucket also comes in brown, white, magenta and a soft lime color. The retail is, get this $30 – $35. That’s cheap! Less than half of the price of the re-issued Turbo. Not bad. The Charge Bucket is distributed through BTI, so tell your LBS to order a few and see how they sell.

I’ve found a replacement to my replacement saddle and I couldn’t be more pleased. Hopefully it holds up for another few months. Big thanks to Tom for bringing me back one from London.