Cari and I headed to the Yuba early to fish before the event.

Most recently, the SBTS convinced the US Forest Service and the Pacific Crest Trail Association to move the PCT so they could include a section from Packer Saddle up to Gold Valley and back down to re-connect with the Downieville Classic XC course. The resulting trail would be equal parts tough and fun, with plenty of views to distract from the pain of climbing up from Sierra City. When I first heard about the win for bike access on this trail during Lost and Found back in June, I was blown away – but it didn’t sink in until I actually got to ride it a few days before the sleepy town of Downieville got filled with thousands of MTB racers and enthusiasts. Working with the PCTA

The Sierra Buttes wanted to include this trail in their massive network but no one knew how negotiations would go when it came to opening up this section of the Pacific Crest Trail to mountain bikers. Greg Williams, Executive Director of the SBTS and descendent of a lost Miwok tribe, has fought his entire adult life for “clean streams, big mountains, and long trails.” He is no stranger to the Forest Service in this region and has learned how to navigate the bureaucratic processes of growing MTB trail access. When the negotiations began, both sides had concerns. The PCTA wanted better routing for hikers, who previously had limited water options on the trail, or perhaps who wanted to refuel in Sierra City without having to tack on an additional 2,500′ of elevation. Another issue the PCTA brought to the table was that numerous cyclists were already “poaching” this section of trail, so they understood the allure of including it in the area’s bigger loop. The PCTA and the SBTS, along with the Forest Service agreed to re-route the PCT to a neighboring fire road that would allow hikers easier access. Problem solved, for now! 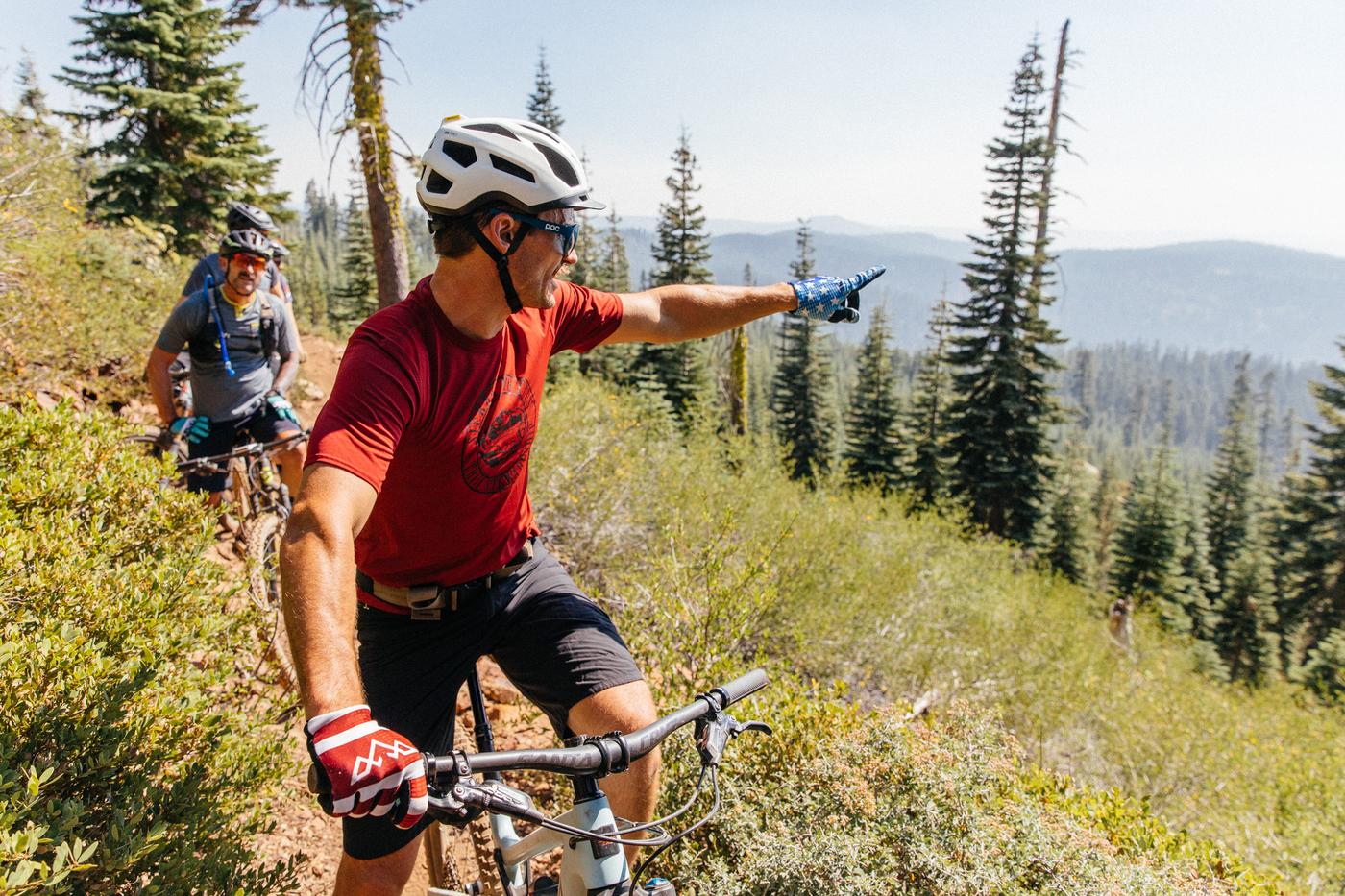 Needless to say, it was more complicated than I’m making it out to be, but as Kurt Gensheimer – the SBTS’ Trail Whisperer – showed a few of us the new trail one afternoon, I really grasped the importance of these recent negotiations. The new Gold Valley trail follows the Sierra Crest and provides massive, sweeping views of the Buttes and Deer Lake. Since this trail was previously a hiking trail, there is no well worn-in line, so the going gets rough real fast. Rougher than the “Classic Downhill” route in my opinion.

At the end of the day, I wouldn’t call what SBTS achieved as lucky, but they sure must have had the dirt gods on their side! While this is only my second Downieville Classic, for the past few years, the Paul Component Engineering team has thrown an annual private shuttle ride. The pace is chill and the bikes range from all-road drop bar bikes to rigid mtbs to full-on carbon shred sleds. Each year, the group takes around four hours to do the course that pros will crush in under 40 minutes. After going full-gas on the ride the day before, I was looking forward to a chilleur ride. This year, Paul had to sit out due to a recent surgery, but he was there in spirit. 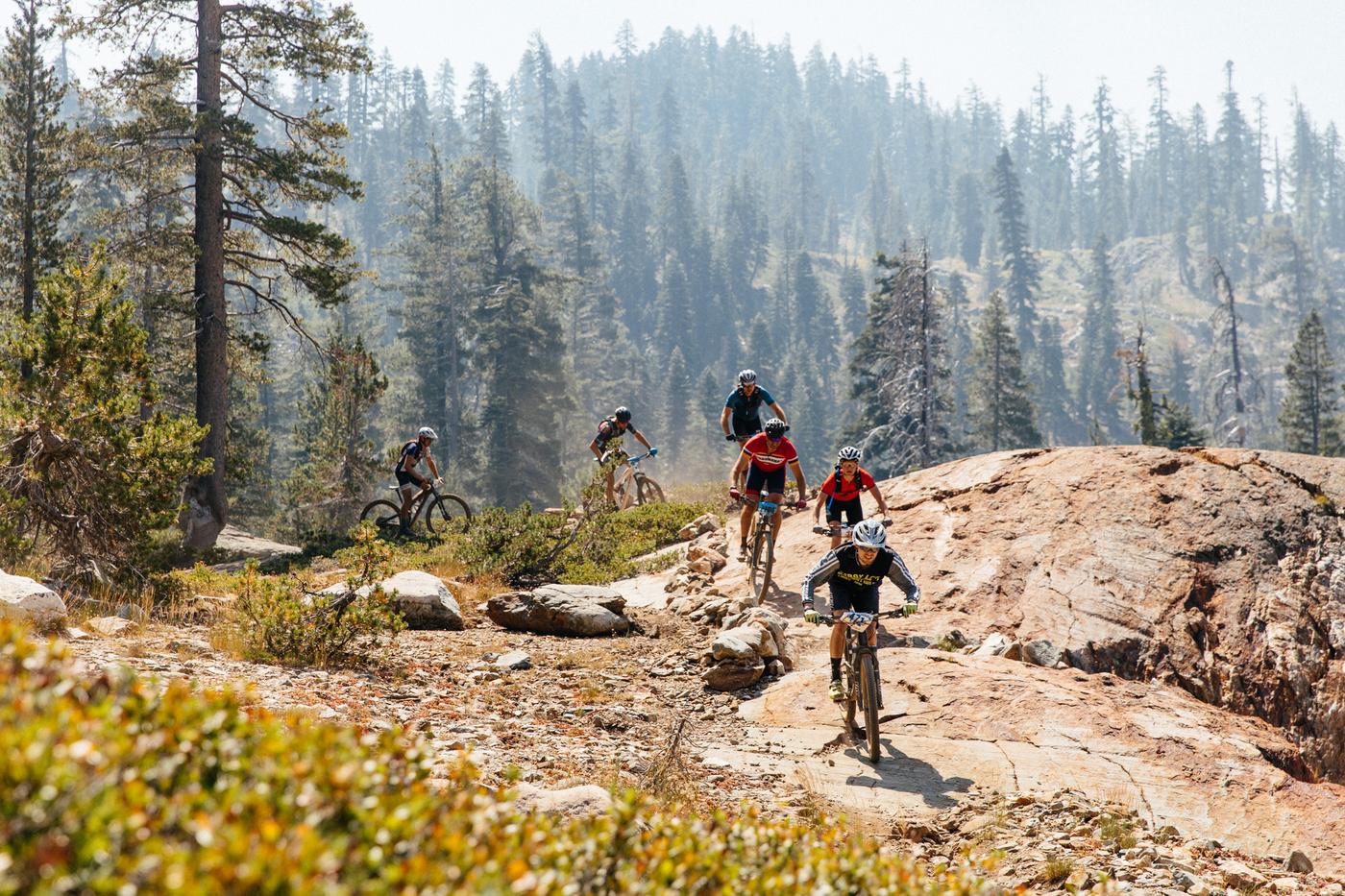 Shooting last year’s race, I learned a lot, both in terms of how to document a weekend like the Classic and what people wanted to see. This year I wanted to be on the full course with the racers, so on Saturday morning, Kurt gave me a ride above Packer Saddle on the Gold Valley Trail where he set up his drum kit and laid down some beats for the racers. Once the pros moved through, I hopped on course and began to shoot the XC route. It was a long, hot, and smokey day. With my eyes burning and lungs sore, I pedaled back into town looking forward to capturing post-ride portraits, the river jump, and the log pull. Writing about the Downieville Classic is probably one of the easiest events to cover because I always end up with a super thick gallery and if a picture is worth a thousand words, then they should tell the tale just fine! I want to thank everyone at SBTS for helping out, the amazing ladies at ROAM, the crew at PAUL, the volunteers, the locals, Cari, Max, and everyone that said hello, gave out a high five or a hug and YOU for reading this. Thank you, Downieville!

If you’d like to use one of these photos and many more, here’s a link to a Dropbox Gallery!

Follow Sierra Buttes Trail Stewardship on Instagram, join the SBTS with a donation, and if you’re ever in Downieville, holler at the Yuba Team!