One of the best things about the NYC Bicycle Film Festival are the hordes of people who come in town to ride. Oscar Khan flew over from the UK to hang out and even though he was jet-lagged as hell, he still threw down some clean moves. After splitting his pants to his bare-arse, he left for 20 minutes to search for new threads. When he came back, he had new pants and began blasting tucked airs and t-bogs. He also threw a bar 180 off the lip but didn’t land it, which is a shame because it’s one of my favorite photos from the day. But this t-bog came out sick. I love how the seat tube lines up perfectly with the bridge. It’s one of those things that I wanted to get in the photo, but didn’t expect to. 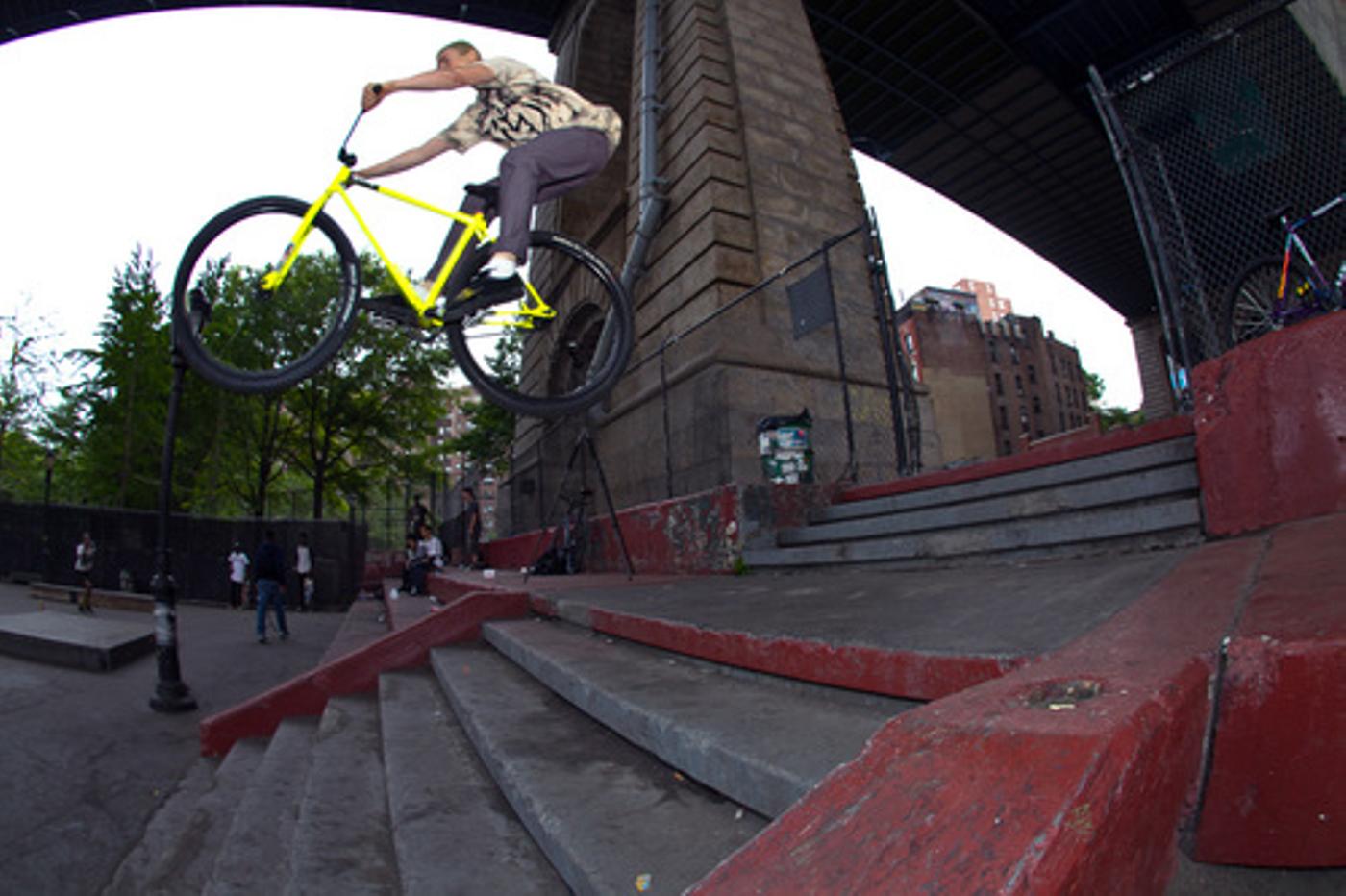 Later, he and Santos hucked themselves down the four-flat-eight at the entrance. Oscar firecrackered it at first, then gapped the whole set and finally, he landed an acceptable but not perfect tuck-no down the set. Very impressive! More to come.

If you’re in NYC this weekend, make sure you come by the Street Party at 2nd and 2nd!