Is that a leg?

Bend is a picturesque mountain town, about three hours from Portland, right on the transition zone between pine forest and true high desert. It’s nestled on the eastern edge of the Cascade Range along the Deschutes River. While Bend itself is marketed as high desert, its location geographically puts it right in the line where the two ecotones shift. The resulting trails have tall Ponderosa pine trees, sand, and lots of pyroclastic flow from neighboring volcanic areas. Yes, you will find manzanita and even sage in these parts but it isn’t until you go over the hill, just east of town that you drop into the true high desert. The name of the town was derived from “Farewell Bend”, what the early pioneers used to describe the bend of the Deschutes River where the river was shallow enough to cross. The town was eventually established in this spot.

My interest, however, laid in the mountains. Higher up, just west of town. I wanted to ride there. I’d ridden all the XC, meandering trails closer in, and while they are fun, I wanted to get out and up “there!” Kelsey, a good friend of mine, offered up one of her favorite rides. She calls it the “Tour of Bend” because it has a little bit of everything. High alpine, fast n swoopy, rocky bits, and yes, plenty of the flat-ish switchbackin’ sand-filled, moondust circuit Bend is known for. 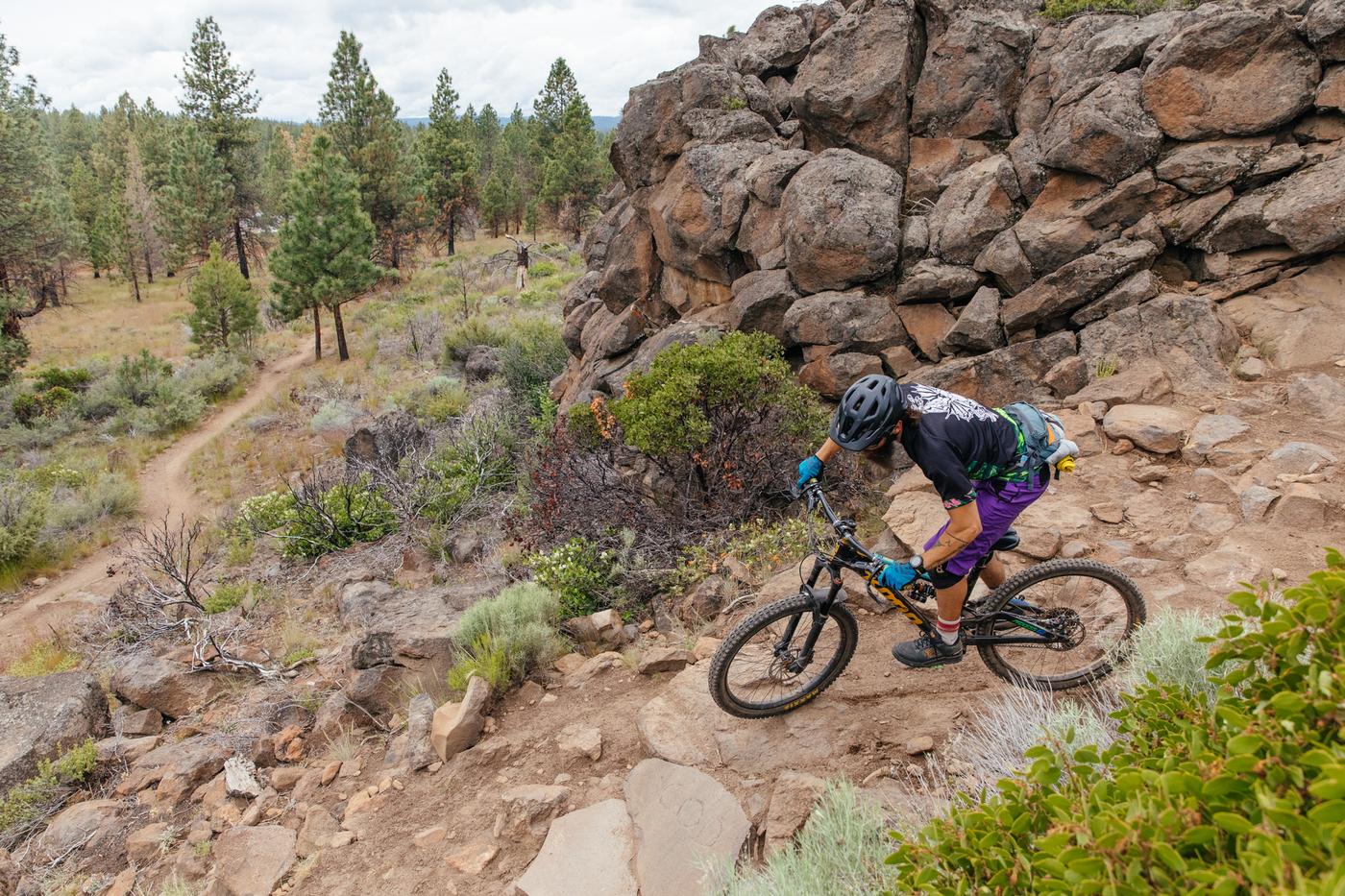 Her friend Bob would join us for the day and while I wasn’t focused on shooting all day, I did get some photos and a route that is worth sharing, so enjoy!

You can either shuttle this ride in the interest of time, or simply pedal the seven miles back to the cars.