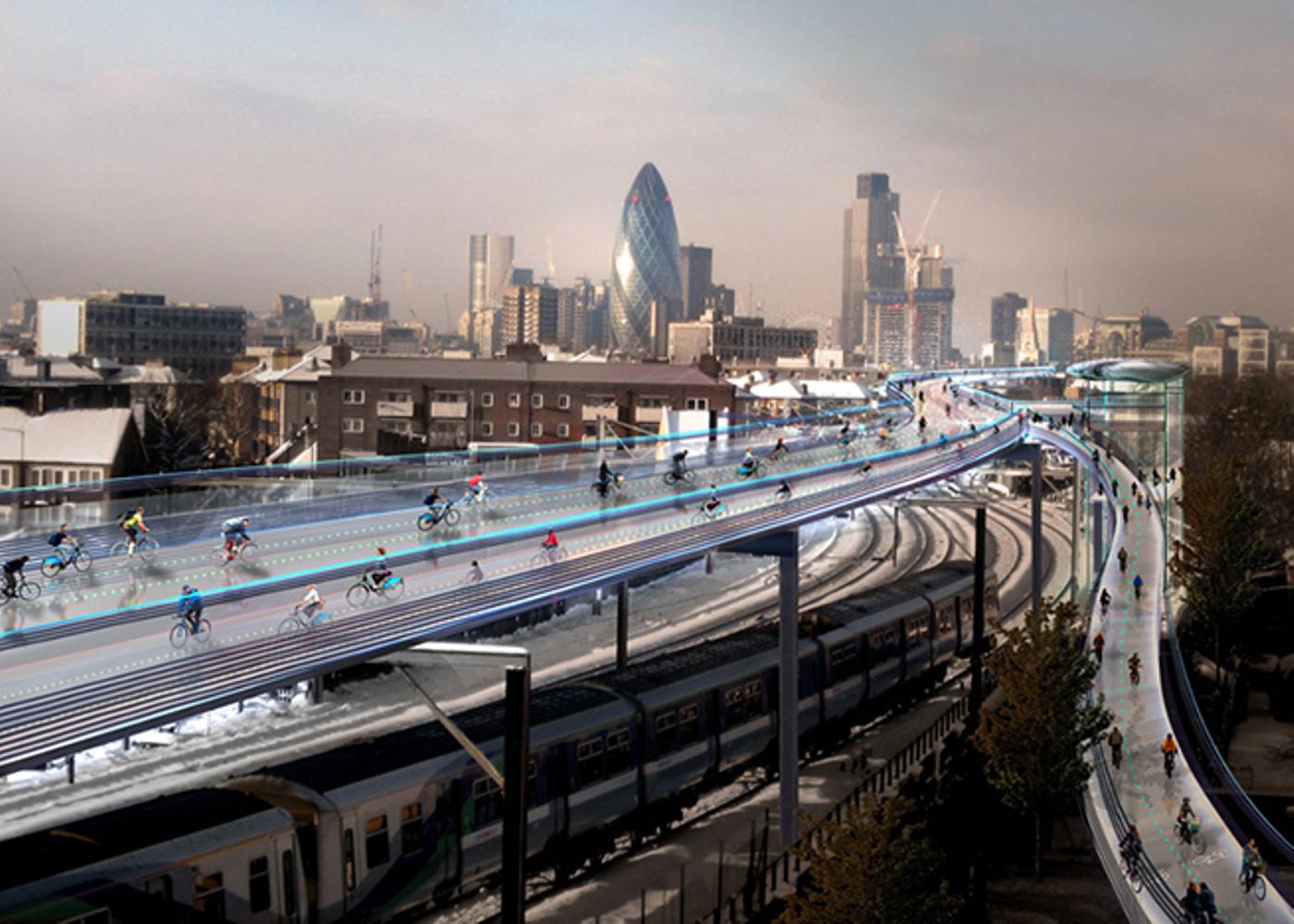 “Foster + Partners has unveiled a scheme that aims to transform London’s railways into cycling freeways. The seemingly plausible proposal, which was designed with the help of landscape firm Exterior Architecture and transportation consultant Space Syntax, would connect more than six million residents to an elevated network of car-free bicycle paths built above London’s existing railway lines if approved.

“SkyCycle is a lateral approach to finding space in a congested city,” said Norman Foster, who is both a regular cyclist and the president of Britain’s National Byway Trust. ”By using the corridors above the suburban railways, we could create a world-class network of safe, car free cycle routes that are ideally located for commuters.”

“To improve the quality of life for all in London and to encourage a new generation of cyclists, we have to make it safe,” he added. ”However, the greatest barrier to segregating cars and cyclists is the physical constraint of London’s streets, where space is already at a premium.”

The 220-kilometer SkyCycle, which has already received backing from Network Rail and Transport for London, would provide a safer and cheaper alternative to constructing new roads. Nearby residents would access the suspended pathway via 200 entrance points, all connected to the street by ramps and hydraulic platforms.”