No Reception in Northern California

No Reception in Northern California
Photos by Michael Armenta, words by Brian Larson

There’s never a perfect time to escape. Chores, obligations, monetary deficits, or priorities—it seems the doldrums of the day to day too often take hold with gripping force. We can’t always hop on plane to the backcountry of the Chilcotins or ride ribbons of trails through the Alps; sometimes planning a trip can seem more complicated than landing a rover on Mars.

And in some instances even more so.

But on the rare occasion a trip can manifest itself without a formalized plan or strategy. The right players show up with the right gear and seem to have a rare abundance of time to spare. It’s like watching ripples forming from the wind blasting a sand dune. From a seemingly chaotic environment comes a perfectly organized pattern: from entropy emerges order. We’re not going to pretend to understand it, but that is what happened with this trip. A few emails were sent to a handful of folks and almost magically we were standing speechless in awe of Northern California coastal viewshed. No itinerary, no schedule, no obligations, and no reception. 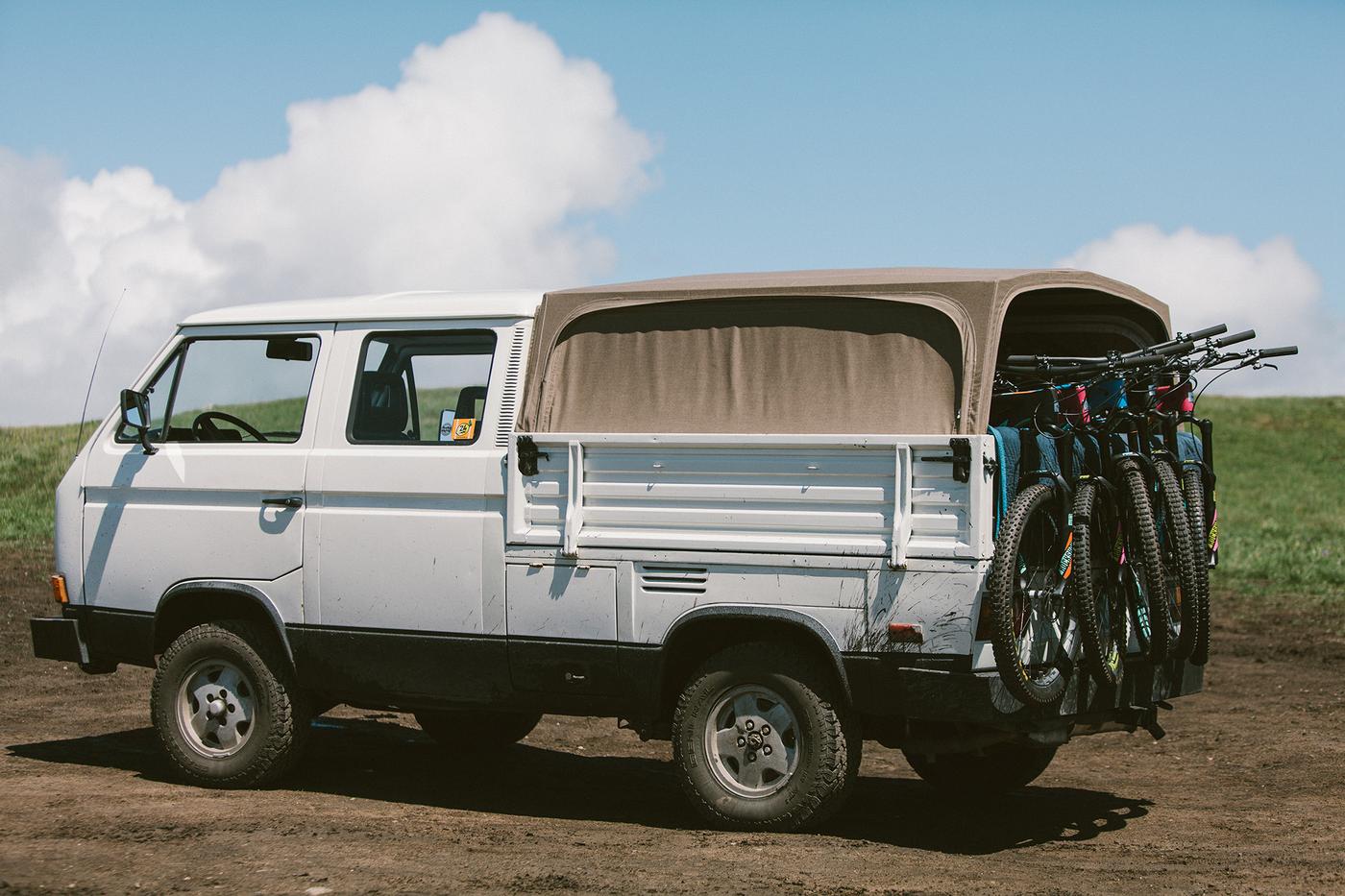 The trip was originally conceived as a way to test a few choice pieces of gear designed in collaboration between Taylor Stitch and Mission Workshop. A quick escape to our local backyard jaunts to do the things we’d be doing regardless: riding bikes, surfing, and camping. In the end, simply put, the trip was rad.

We started the journey by packing up the champion rig— a 1985 Volkswagen Doka—with five bikes, a hundred beers, two surfboards and grip of people in a seedy SF alley that is home to Mission Workshop’s warehouse. With stomachs full of cinnamon rolls and the anticipation of an adventurous and mayhem-filled weekend, we headed out up the coast. Back roads, a close encounter with a turtle in the road, and a quick stop to ride (poach?) a few choice lines found us scouting for waves and keeping fingers crossed for swells amidst daylight’s end. The following day we had high expectations but were faced with conditions that were far less than ideal. Still, we paddled out with hopes of picking off a few corners. Bobbing out in the lineup, we shared the waters with curious harbor seals as we collected stories to be hung on our proverbial trophy room walls. Despite our best attempts, peeling breaks went all but south. In the end we passed time with good jokes, while trying to assess the anthropological importance of the Mendocino trimmigration. The days that followed kept us searching for waves and finding amazing trails. Reminiscent of a spool of yarn unwound onto the floor, the trails of Jackson State Forest leverage a maximum trail mile per acreage ratio. The trails twist and wind around trees (and through at least one) with constant crossroads and cutoffs, providing us with countless days of escape and exploration. 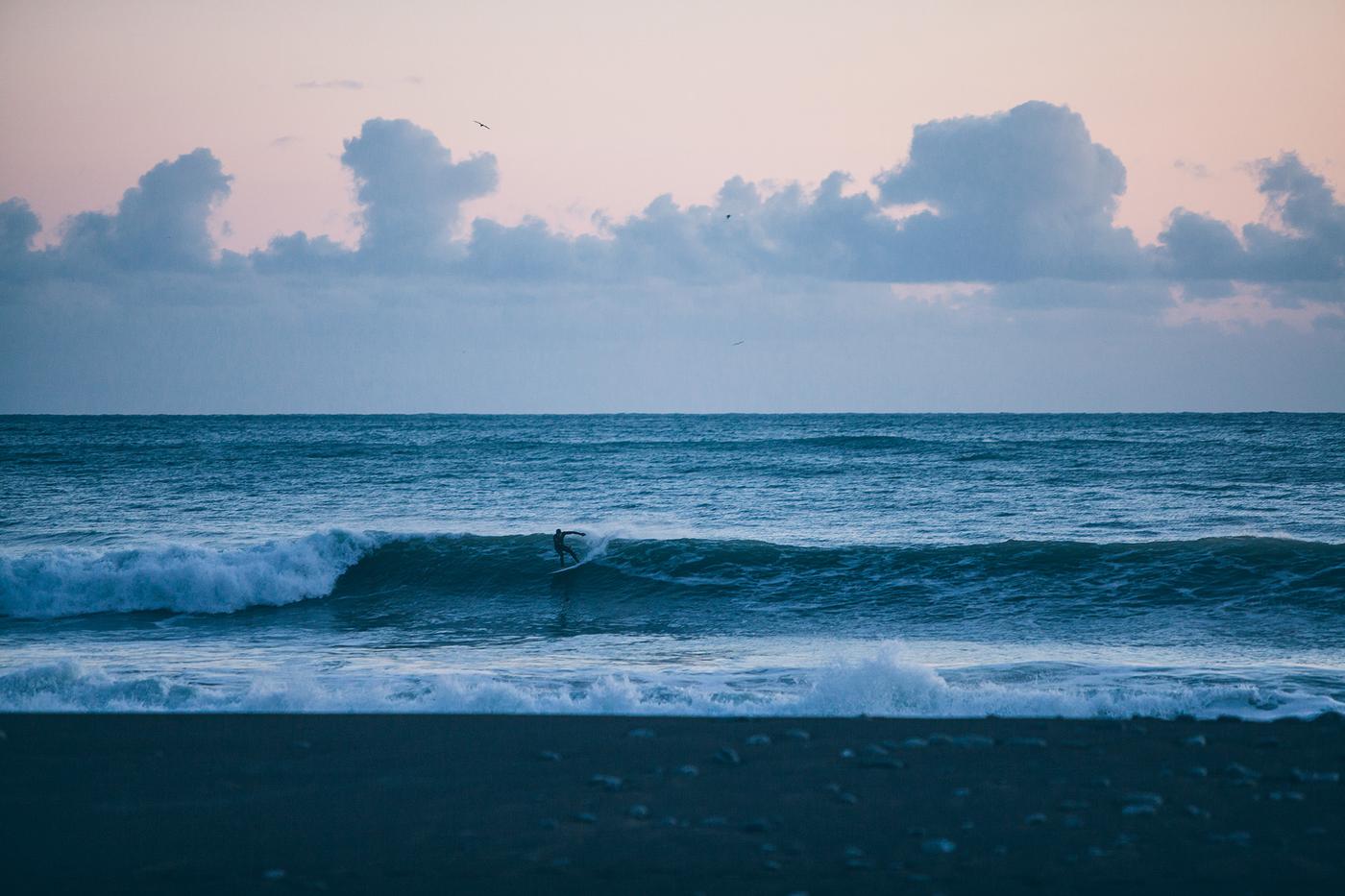 After a night at the Navarro River mouth campground, we stopped in the relatively bustling (but actually sleepy) town of Fort Bragg for a bit of the morning’s catch— both battered and fried. Continuing north through the near desolation of Westport and Rockport, we traversed Usal road into the beginnings of the Lost Coast. Elk easily outnumbered our fellow campers for our last nights and we spent time forgetting chores, obligations, monetary deficits, and priorities. At this point, miles of trails were behind us, and we felt a peace that had almost been forgotten. This all would have been more than enough to top off our tanks, when we were finally graced with Mother Nature’s long awaited nod of approval, and wound up back in the water where she helped us conclude the trip with a few choice waves.