With promises of a full day on the bike, for the first time on the trip, we all awoke, ready to ride. The lodge is at the base of another trail and serves as both a hiking or cycling destination, as well as a hunting lodge, or volunteer base for the Old Ghost Road. The OGR is made up of two mining trail systems, connected by still under construction singletrack. This new track goes through river valleys, traverses mountains and snakes its way through dense, rich rainforests. As the longest singletrack in New Zealand, it covers a cross-section of ecosystems and offers some of the best vignettes into this incredible land. 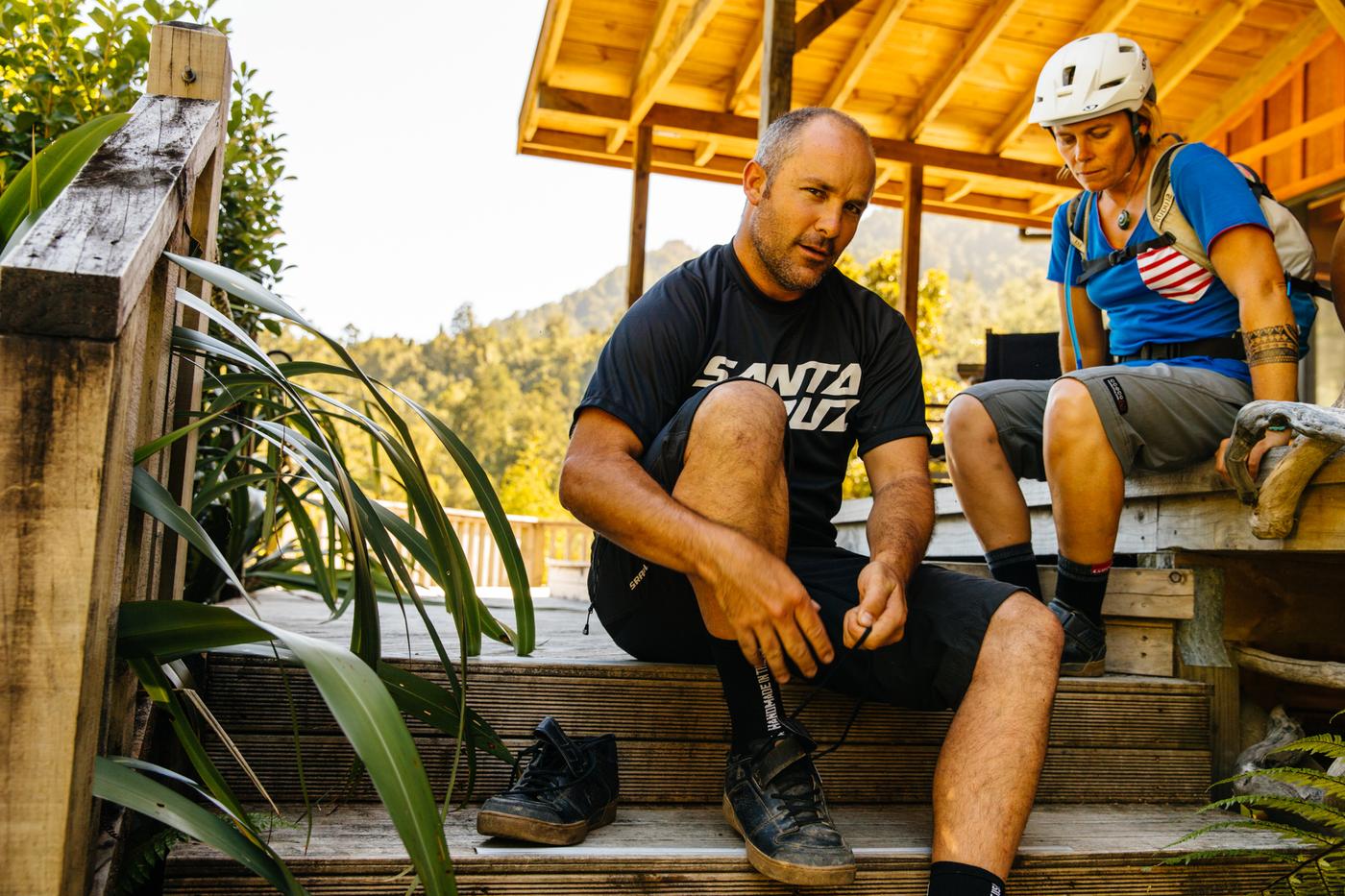 We would be taking on the OGR in two doses, mostly in the interest of time – as media launches tend to go very slowly with photos and such – but also to give us all a chance to really soak in the landscape. Sven and Anka Martin from HouseMartin had laid out a great 48 hours on the bike, perfect testing ground for Santa Cruz’s Highball mountain bikes. Our bike for the first day, the ever so zippy Highball CC 29r, was right at home and for my own purposes, I found it to be a worthy companion to transport myself and my camera gear along this very scenic and moderately easy trail… Who am I kidding? That last climb and its condition sucked!

Check out day 01 from our ride along the Old Ghost Road in the Gallery!