NAHBS this year has a lot more vendors this year than years prior – or at least it feels that way – making it a bit easier to see all the builders and what they brought to Sacramento, showcasing their talents. There are a lot of familiar faces in the crowds, yet what these talented frame builders brought with them are anything but. 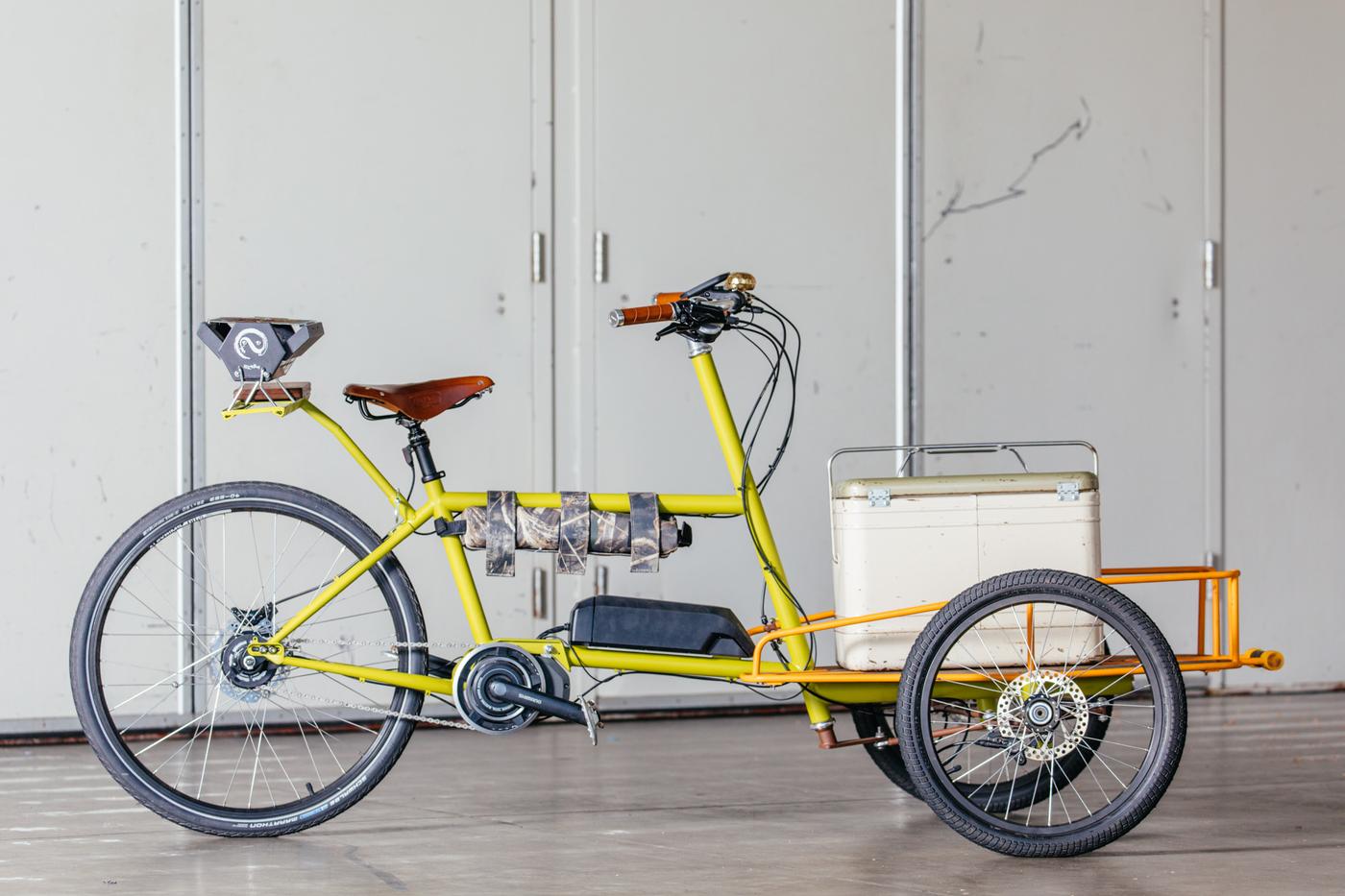 Leave it to Sycip to bring something like this to the show. It’s a cargo bike with BBQ or Yakitori Kabuki capabilities with a built-in grill and the ability to carry a full size cooler. Aside from the bikes enormous presense in the booth, I liked geeking out on the steering linkage. Knowing Jeremy’s love for autos, motos, and anything with wheels, I can imagine he had a lot of fun designing and building the linkage! Any year Curtis Inglis from Retrotec brings a fat bike, I like to shoot it. A few years back at the Louisville NAHBS, I shot his personal bike and it’s hard to deny the influence for this purple beast. 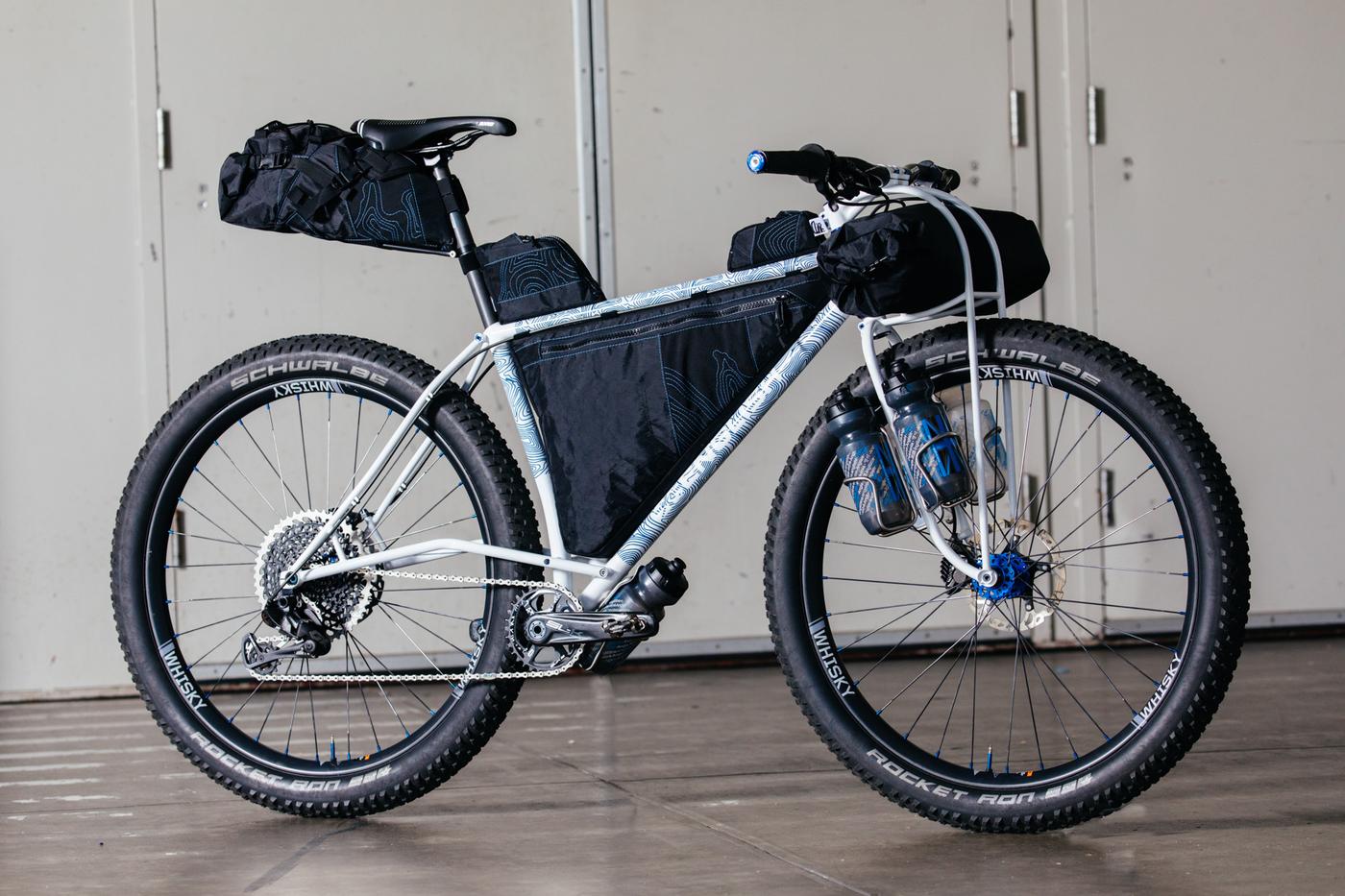 Rob English‘s work is like none other and while we’re used to seeing TT or racing bikes, when he does a tourer, commuter, or something more utilitarian, we know it’s going to be a crowd pleaser. All weekend his personal bikepacking rig with Kaibab Customs Bags was swarmed with attendees and builders looking at all the details, which I’m fairly certain I didn’t document all here. If you’d like to deep dive into Rob’s thought process on this one, check it out at his Website. 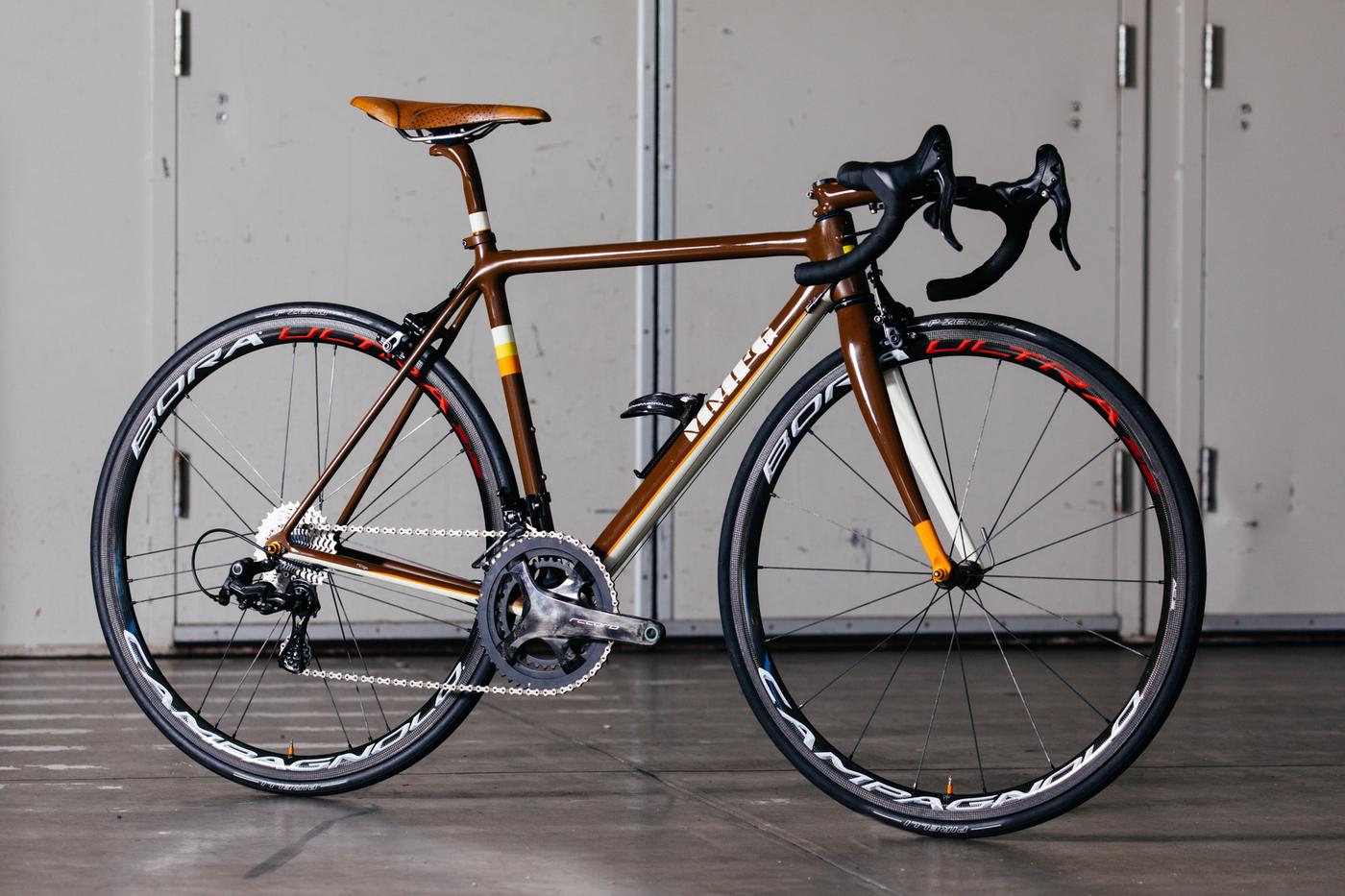 LA-based MMFG began as a carbon repair shop but over the years has moved into full-on frame production. With in-house paint and the ability to customize layups, it’s a veritable one-stop shop for custom carbon in the Los Angeles area. 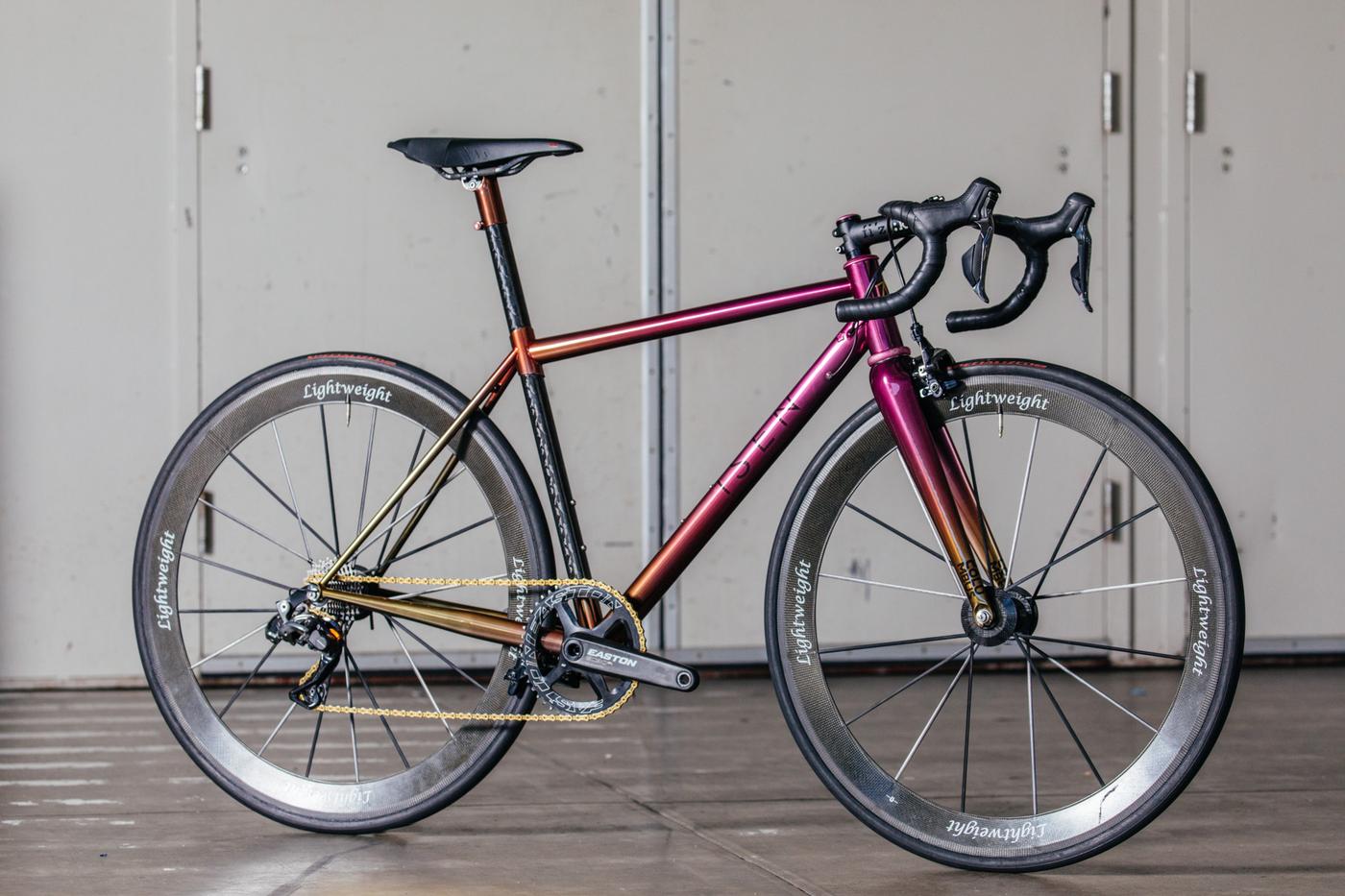 ISEN was born from UK custom framebuilders Hartley Cycles and Talbot Frameworks, aiming to bring precision steel bikes, built and painted in house. Rather than bringing just one or two bikes to their first year at NAHBS, they brought a sample of all their offerings, from a year-round road bike with fenders, to a bikepacking rig, a hardtail mountain bike, an all-road, and this lovely race bike. I commented on how this bike has a racing cassette, when so many NAHBS bikes opt for the fuller-range options. What drew me in was the color, the paint, and finishing, yet that allowed me to examine the assymetrical lugs, the craftsmanship, and the execution. 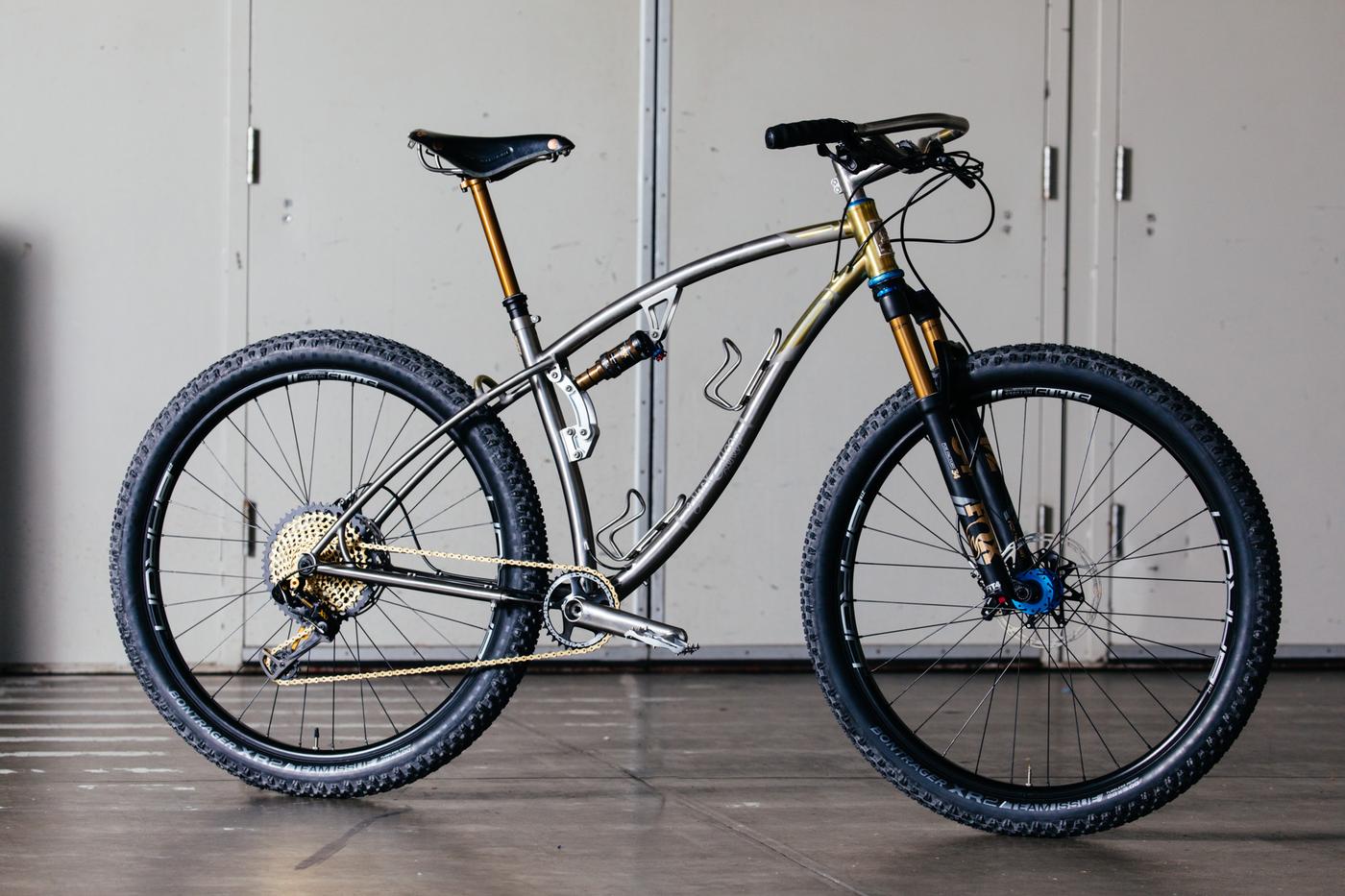 James at Black Sheep always has a few surprises up his sleeve and this full suspension titanium beast is yet another example of that shop’s abilities and capabilities when it comes to designing and fabricating a mountain bike that’s sure to make every ride a joy. 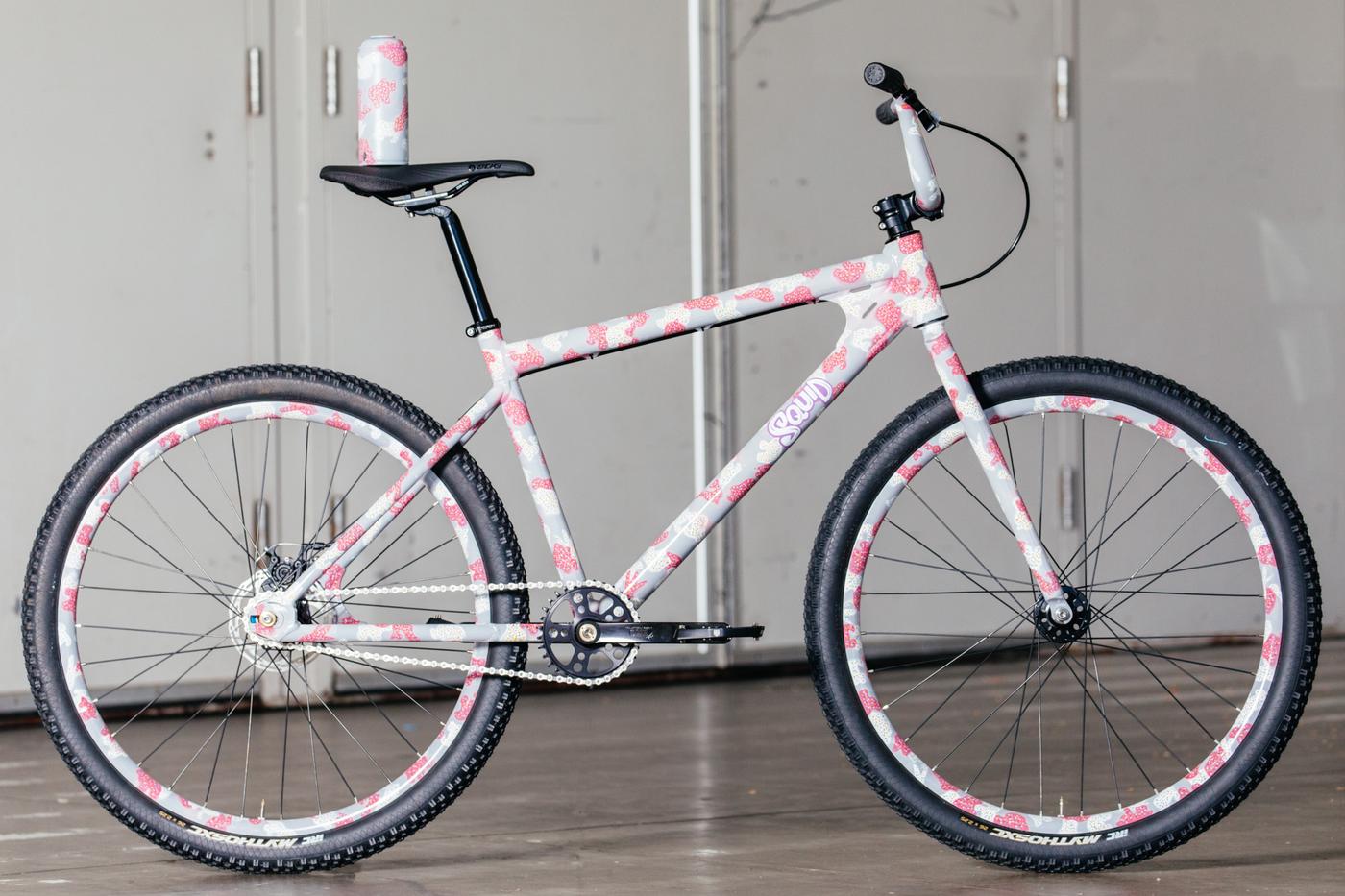 Using the Spray.bike paint and snacks as inspiration, Squid co-owner Emily Kachorek had a lot of fun with this one. Using their 24″ BMX cruiser as a blank canvas, Emily stenciled circus animals all over the bike and then hand dotted their sprinkles.