His booth at the NAHBS displayed his intent as a man who builds precision race bikes, ignorant to trends. Check out more photos below. Each of his bicycles are clad in his signature red and equipped with Oval Concepts components. Sachs sponsors a cyclocross team and each of the team mates receives a custom-made racing bike adorned with the RS colors and insignia. As part of his development, Sachs worked closely with Columbus tubing to produce a proprietary tubeset; Columbus PegoRichie. The beauty of a Richard Sachs CX bicycle. The lugs that Sachs spent decades perfecting were on sale at his booth. 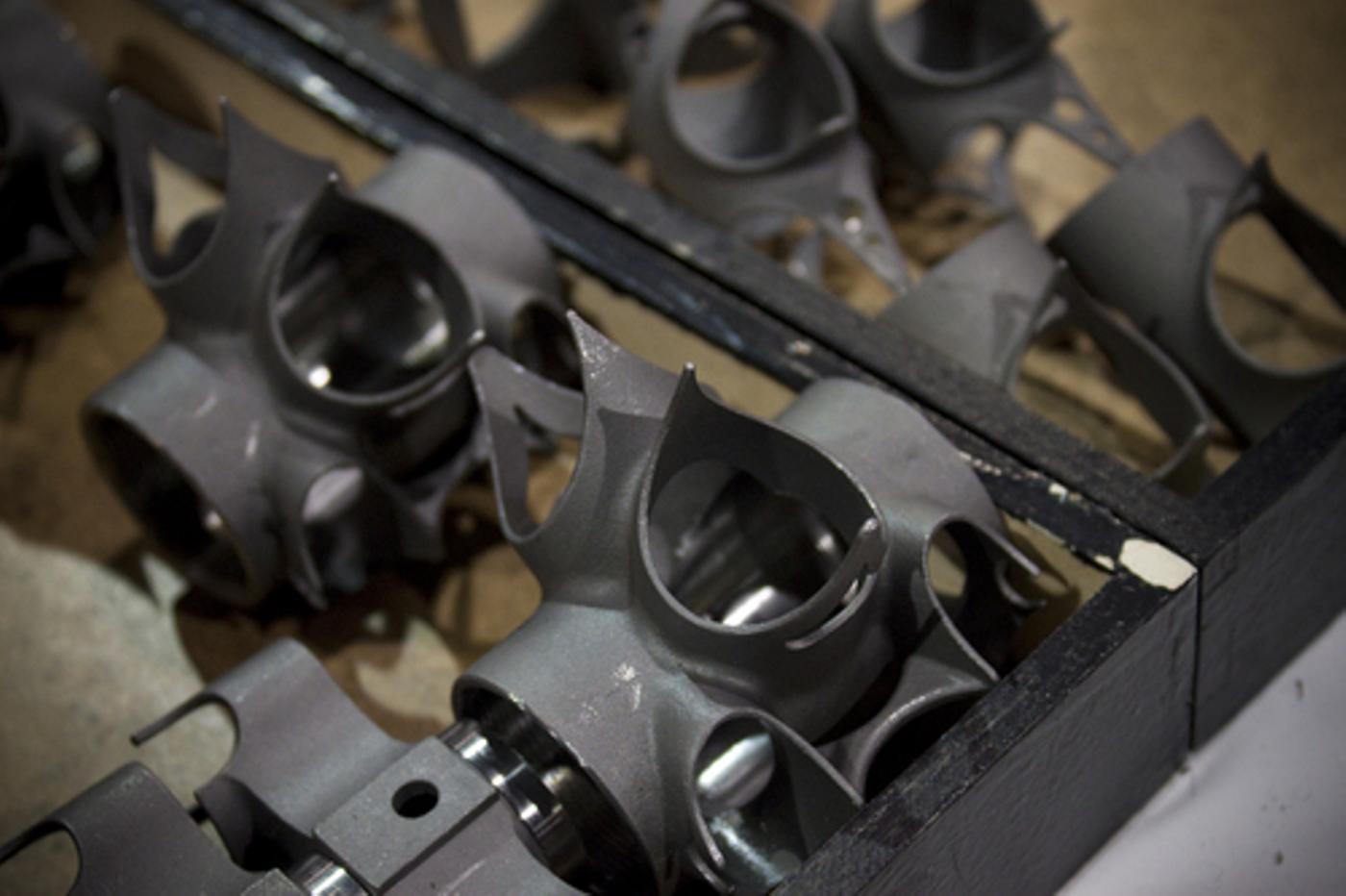 The RS proprietary bottom-bracket shell and fork crowns are a work of art. Speaking of art, typography masters, House Industries, printed up these limited posters for Sach’s booth at the NAHBS. The Richard Sachs booth displayed, with pride, the many years of racing teams he’s supported over the years. If you missed the show and would like to purchase some of the Richard Sachs items that were for sale, don’t fret, his website is stocked with lugs, kits and other items for purchase. Check it out here. He’s a man of precision and tradition and deserves every bit of respect in the cycling world. It was the first time I saw his bikes in person and was blown away by his work.

Hopefully these photos gave you a glimpse into his world. These and more are over on my Flickr.