Slack and low, with bigger tire clearances this time. That’s the main difference between this bike and its predecessor. As noted in the previous bike’s gallery, the first version of this bike wasn’t what I wanted. Luckily, Seth Rosko is a good friend of mine and a very capable frame builder. He’s also human and humans make mistakes. What makes a human a great human and a great framebuilder is their ability to rectify those mistakes. 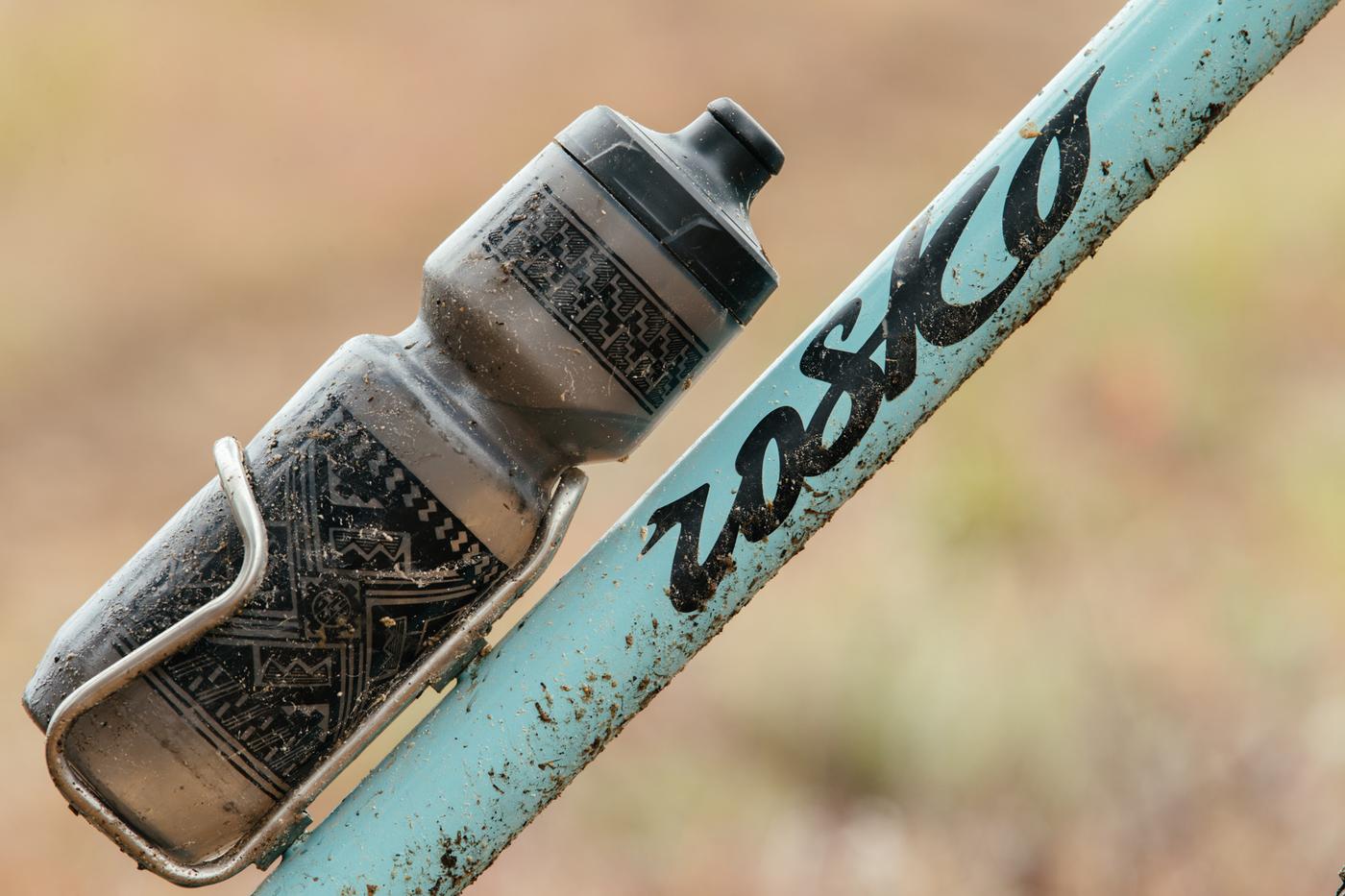 We had a miscommunication, and there was a fabrication error that resulted in a frame with clearance for 2.0 29’r tire in the rear. It’s something that happens from time to time. Framebuilders make mistakes. Chainring clearances, missing or incorrect cable stops, off-square rear triangles. You’re getting a functional piece of art and art has character. Right? Maybe not so much. It needs to function, above all.

Now that we’ve got that out of the way, let’s move onto what I’m calling my “Agave Slapper” hardtail. This version clears a 2.4 Ardent on the rear, has a 69º head tube angle, a mid-range BB drop and an option for a 2x or 3x front ring. It’s easy to get it low through corners and in Texas, that means the occasional run in with the blue agave plant, where its color was inspired. The ever-so-trustworthy 120mm PIKE calls the shots up front and while it’s a heavy-duty fork, compared to a light Supertherm frameset, this bike was made for huckin’ and buckin’. Other bits include an ENVE MTB stem with Ritchey Trail bars, ESI grips and a Reverb dropper topped with an ironic carbon railed Silverado saddle (why worry about grams with a dropper post?!?!). I used the same Chris King headset from V1.0 and the same thru-axles, although I’d love to put some of those Paul Component ratcheting jammers on there at some point. Because I like a good, durable bite up front, the trustworthy 2.3″ Maxxis High Roller II runs the show, while a 2.25″ Maxxis Ardent follows up the rear. SRAM’s XX1 has yet to fail me and so it was a no-brainer for this rig. I stole the wheels of my new Tallboy C for this trip, while I was waiting on others, hence the Santa Cruz Bicycles decal placement (there’s a story there too). 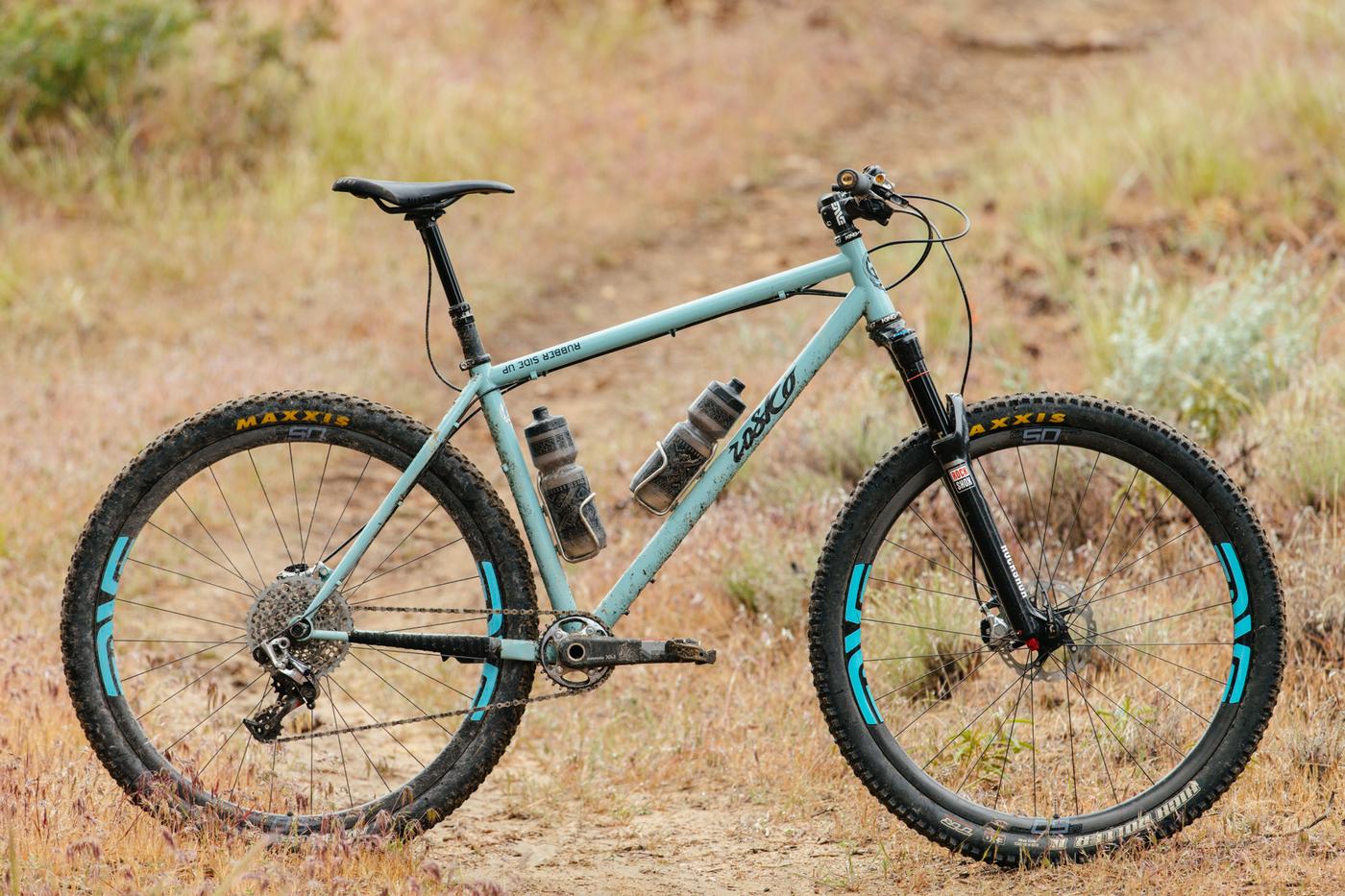 So yeah, blah blah blah products, products, products. Does it shred? You bet. It’s the ideal hardtail 29’r geometry, according to my opinion anyway. Does it feel good to finally have it? Of course. My favorite thing about the bike is the third bottle cage and possibility to do some ultralight bikepacking on it. Maybe even throw a triple on it and a rigid fork? We’ll see what the future holds. For now I’m just stoked to have a killer hardtail that’s capable of shredding Austin, Texas and Chilao in the San Gabriels. 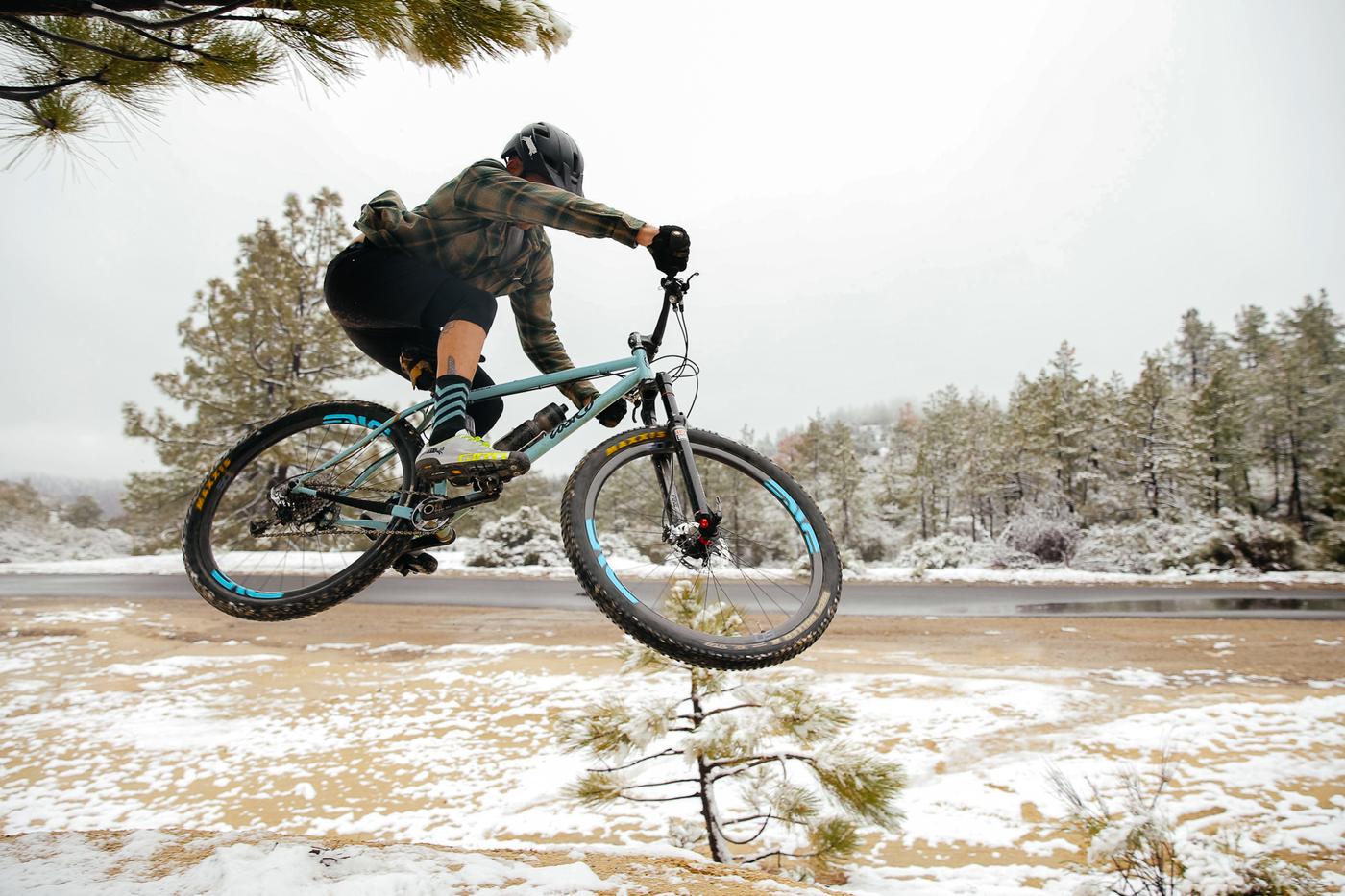 Many thanks to Seth Rosko for following through here, mother nature for the color inspiration and Elliot Wilkinson-Ray from Kitsbow for the shred photo!