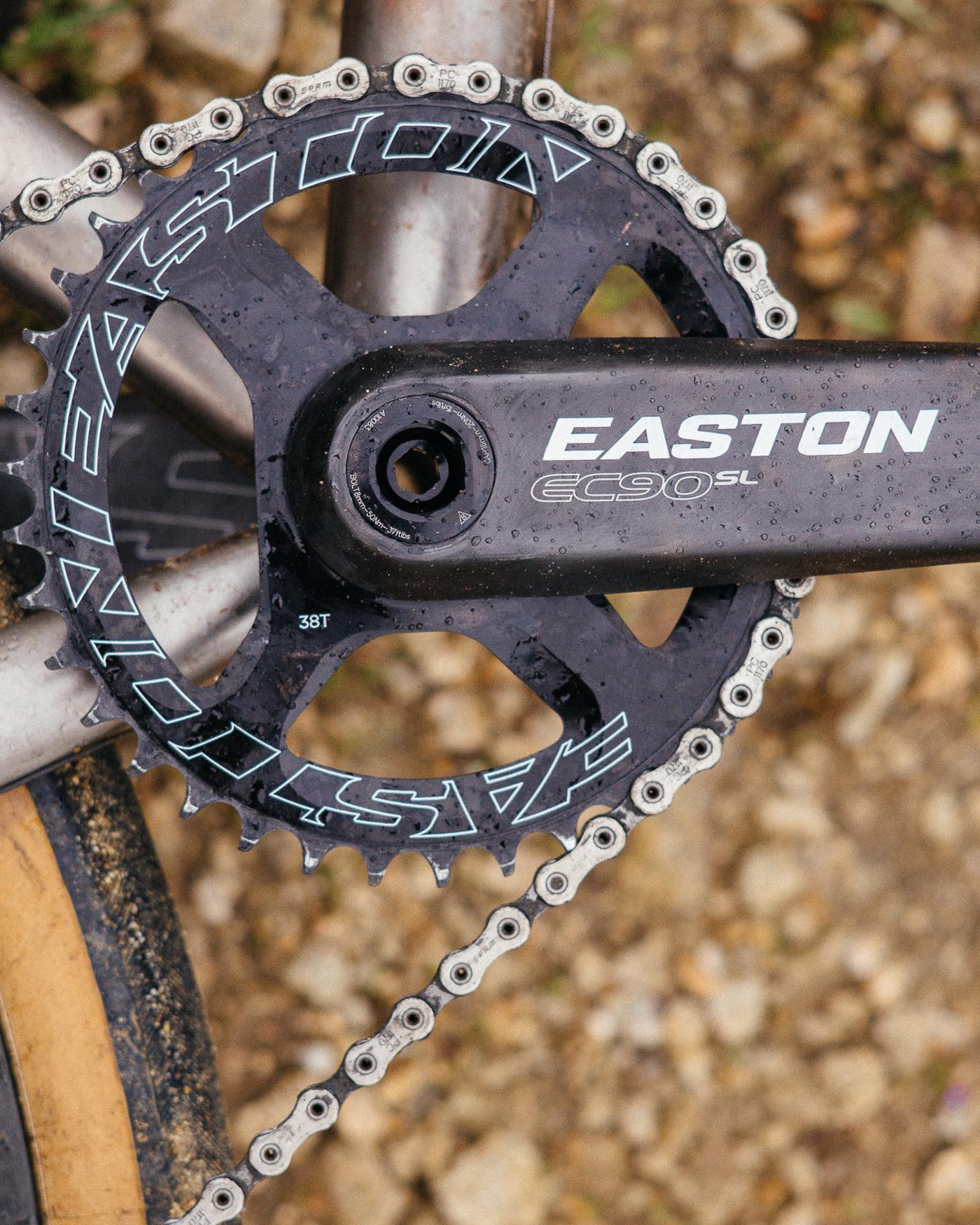 While weight isn’t a major concern of mine, these cranks weigh around 450g for 175mm and a 38t. The 30mm spindle and solid carbon construction feels great and the precision-machined chainring has yet to kick a chain, even on our rutted, steep and washboarded descents in the Los Angeles area. So, yeah, for around $350, the cranks alone are not for the penny-pinchers, but considering weight-weenie cross racers will drop a considerable amount of money shaving grams on their race rigs, the extra $100 for a +/- 200g reduction might make sense. Also, these are made in Canada!

For me, the looks and reliability of Easton’s products merit the pricepoint, yet for that kind of dough, you’d think they’d offer an all-black version. If you’re spending a lot of money on carbon components, why do companies insist on pasting their high contrast, white logos on them? For those of you looking for a light crank, where weight reductions matter and has the option to be run as a 2x, consider checking out the Easton EC90 SL cranks at your local dealer.