We already looked at Moots’ new adventure platform, the Routt ESC a while back, in a photo review and as a Beautiful Builds video, but having never seen the Neo-Retro build spec in person, I had to take the build Moots brought to Mid South outside of District Bicycles for some photos. This build kit looks amazing, with mostly silver parts, a bead-blasted ti Moots stem/seatpost, and yeah, that’s a barcon shifter. Let’s check it out below. 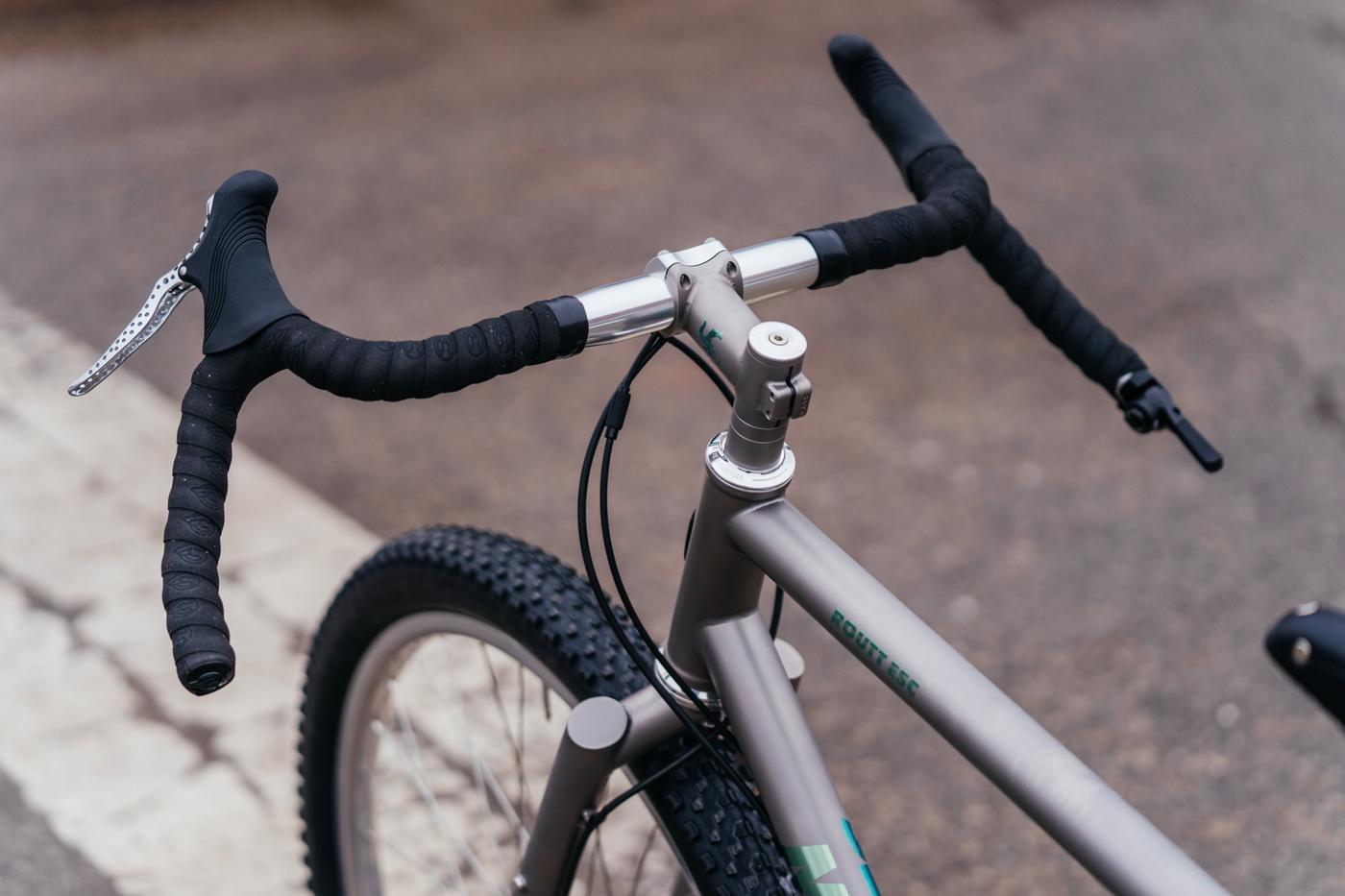 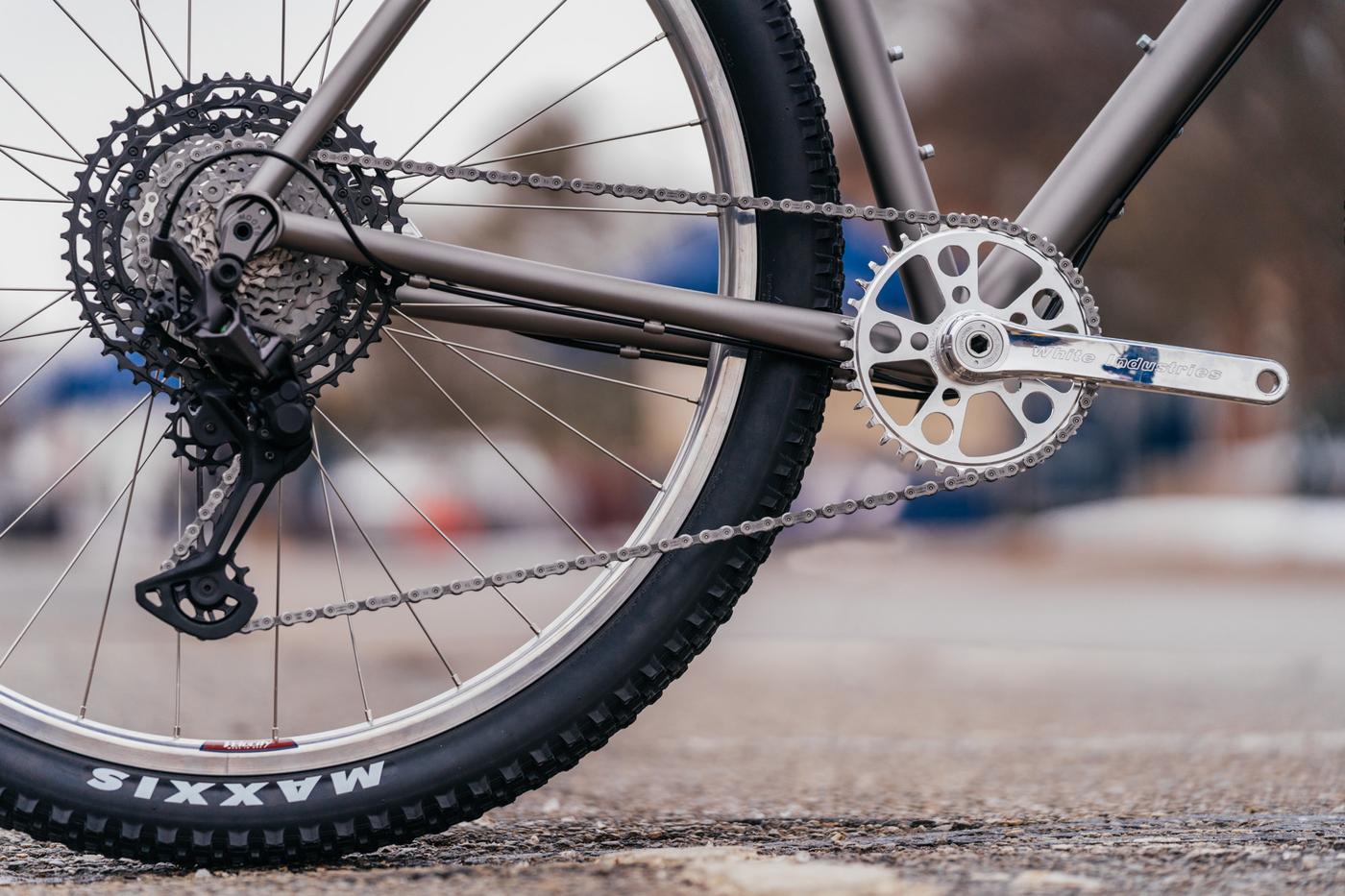 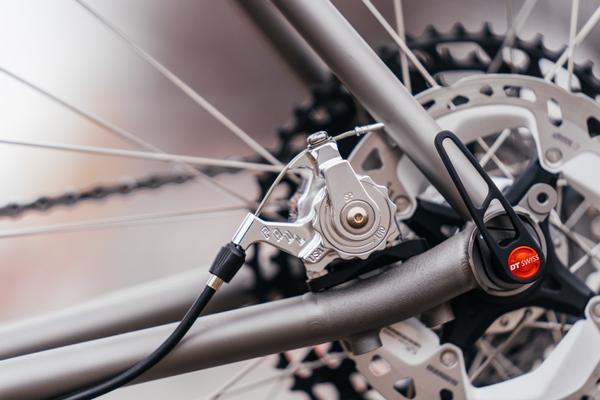 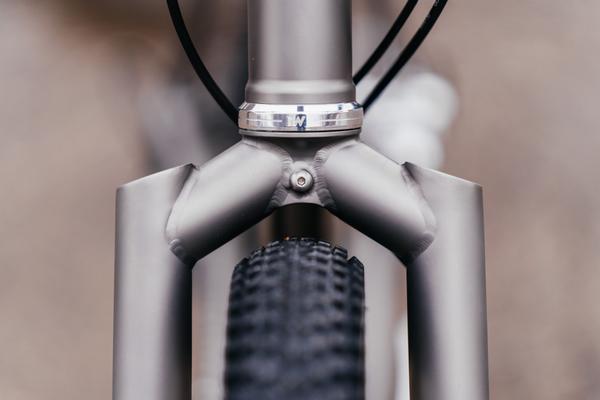 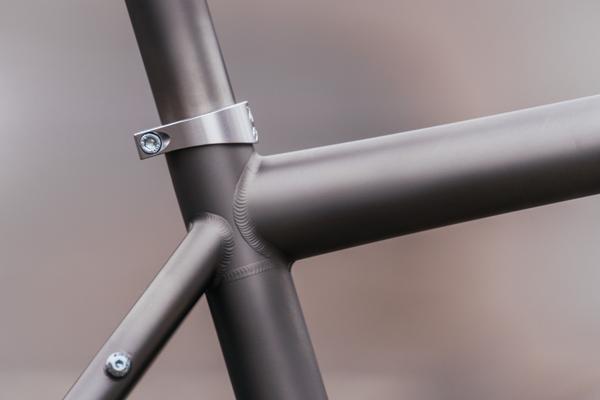 Polished Paul Klampers, a polished Moots seat collar, and that beautiful Bearclaw Bicycle Co titanium fork round out the bling. 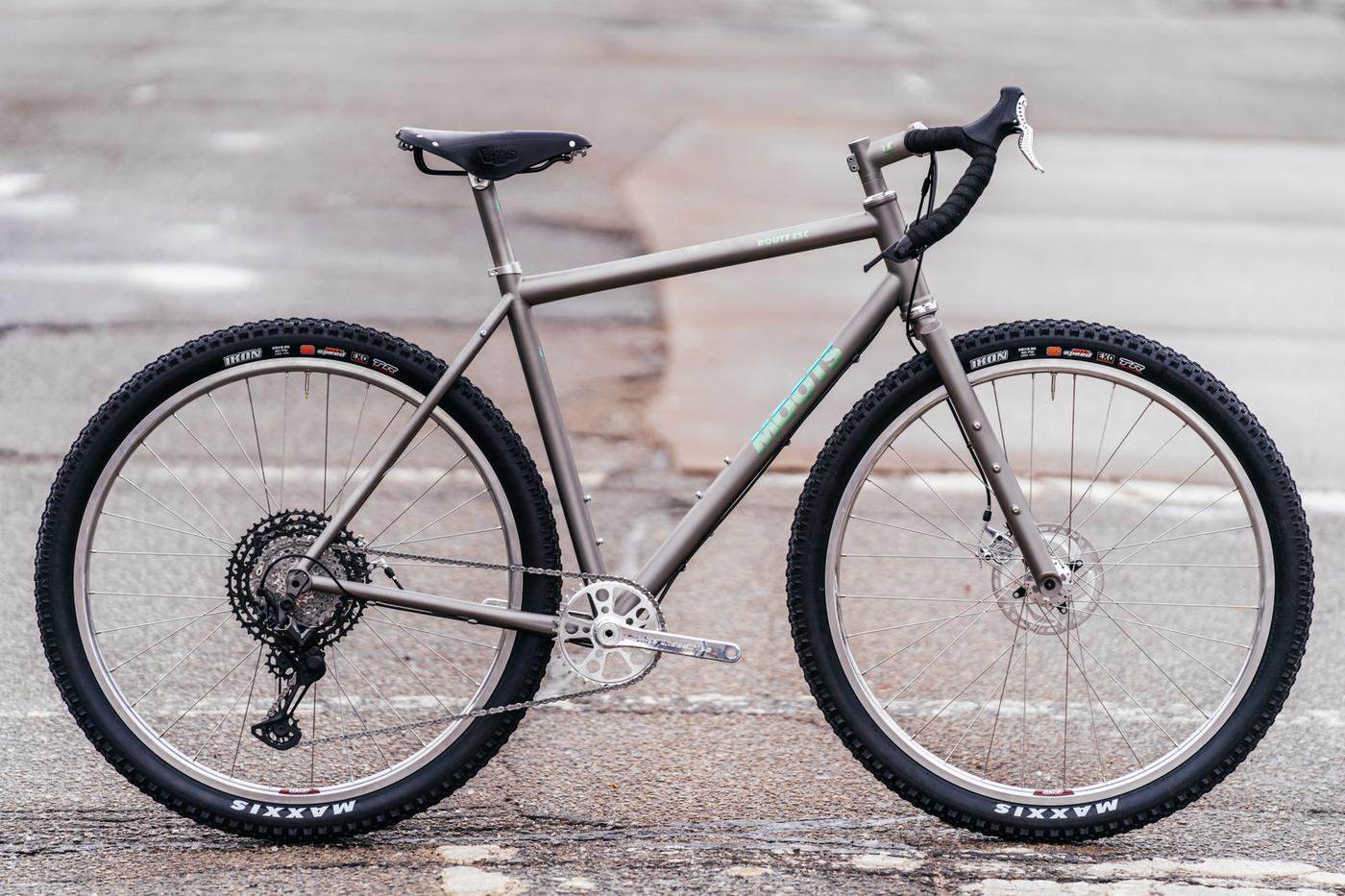 Now, at $10,484, the Neo Retro build spec does shave a little bit of money off the bottom line when compared to the SRAM AXS kit with its $12,719 pricetag but let’s be honest, you’re not buying this bike to save money. It might not be an accessible build but damn, that’s a good-looking bike. That’s something we can all appreciate.

See more at Moots and if you want to see more from our coverage of Moots, check out the Related archives below.