The problem is, you can’t be 20 minutes from Moab and not ride its trails. We originally wanted to take on Poison Spider and Portal, but with so many hardtails in the group, our party was split down the middle. Half of us wanted to get bucked around and the other half was already feeling pretty thrashed, so we opted for the oh so familiar Captain Ahab trail. Local reconnaissance told us that the town was chill between 12 noon and 3 PM, with most of the Jeep traffic leaving camp around 10 AM to drive trails and not returning until the early afternoon. Once they return, the local pubs and restaurants would be flooded and the traffic would be pouring into this normally – mostly – quiet desert town. 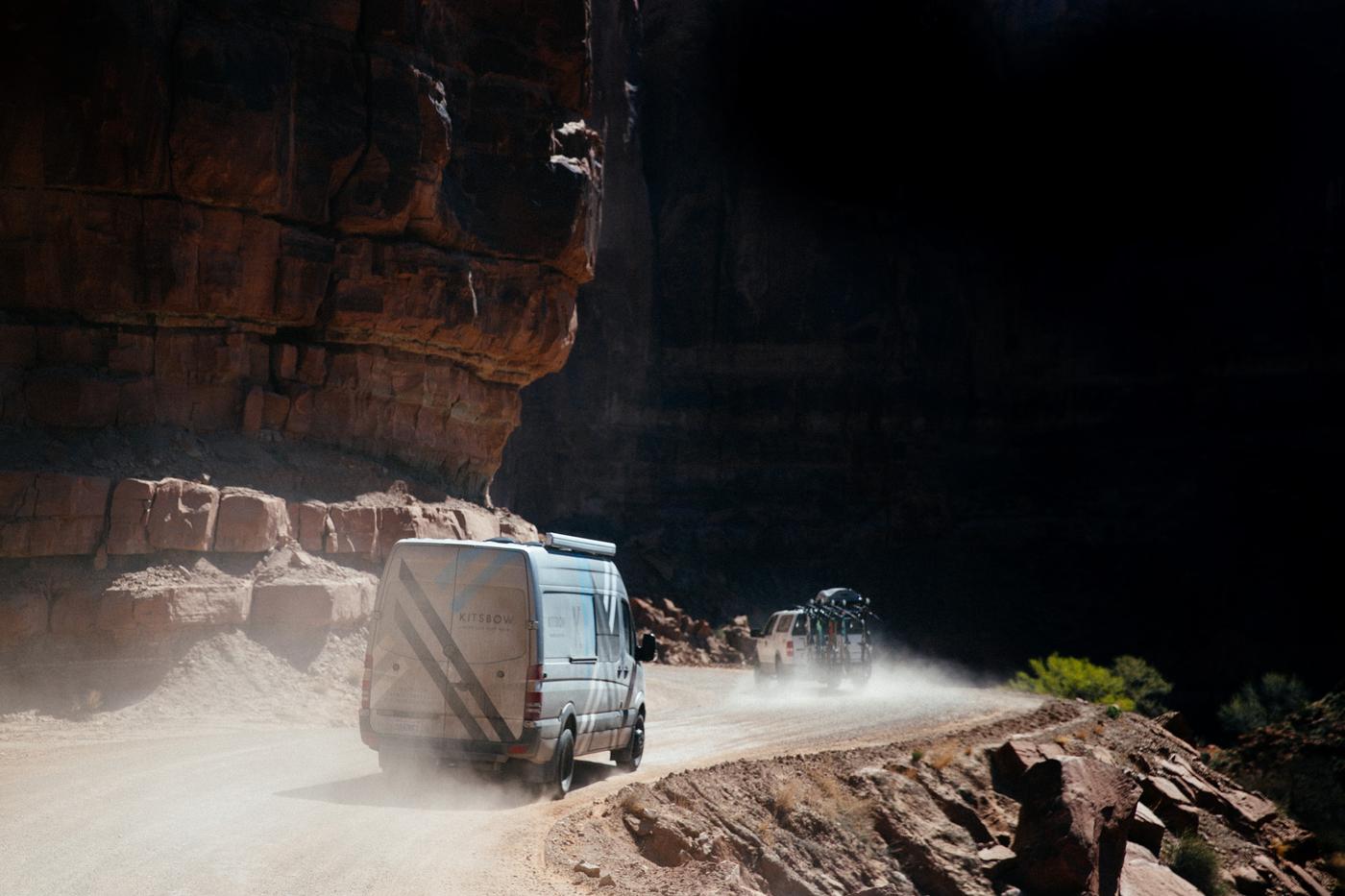 As we drove our small caravan into the strip, our car noted the mile-long line to get into Arches National Park and crossed our fingers that Kane Creek, the road to Ahab, wouldn’t be as traffic-clogged. That’s the difference between mountain biking in Moab, versus four-wheelin’. If you’re staying in town and riding, you can hit most the major trails by pedaling there, saving yourself the hassle of loading up your vehicle and driving out. During Jeep Week, however, you’re sitting in traffic with a bunch of cars waiting to queue up on the Moab Rim, Cliffhanger, Kane Creek, Potato Salad Hill, and other iconic trails. Pulling into the parking lot for Ahab, we were surprised to find easy parking and began pedaling up to the trailhead, where a Jeep was sitting guard, not allowing any motorized vehicles to pass. Score! It didn’t take long on the climb up Hymasa to realize there was a whole line of Jeeps waiting to drop in on the most technical spot on Cliffhanger, a technical feature which the trail earned its name. As we sat there, eating our lunch for 30 minutes, the queue to drive down this rocky drop didn’t move an inch. Our group commented on the scene, noting how those Jeepers were doing what they love and as were we. 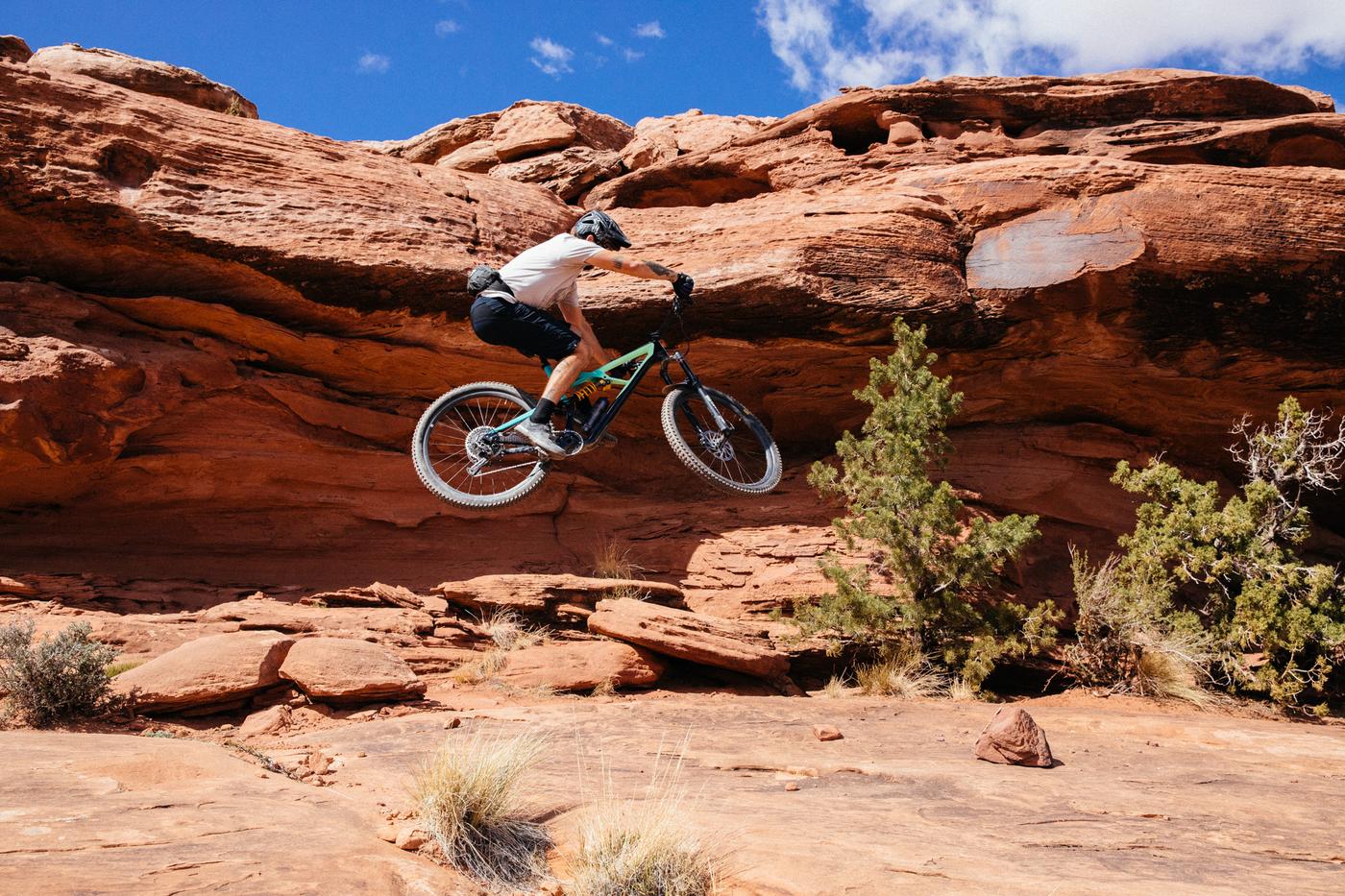 That’s the thing about Moab. It’s not just a mountain bike destination. Base jumpers, rock climbers, trail runners, motos, wheelers, and just about everything in between flock to these public lands to have fun. Our group, although a few of us like to wheel from time to time, obviously really enjoy mountain biking, so that’s the lens we look through. Every trail runner or wheeler we saw on that trip got the same smile and wave as the cyclists. Co-existing on public lands will keep them open and free for all to enjoy. While those Jeepers might have just been sitting there, idling on the edge of a valley, they were having a blast, just like we were, gettin’ bucked all over on one of Moab’s most scenic trails…