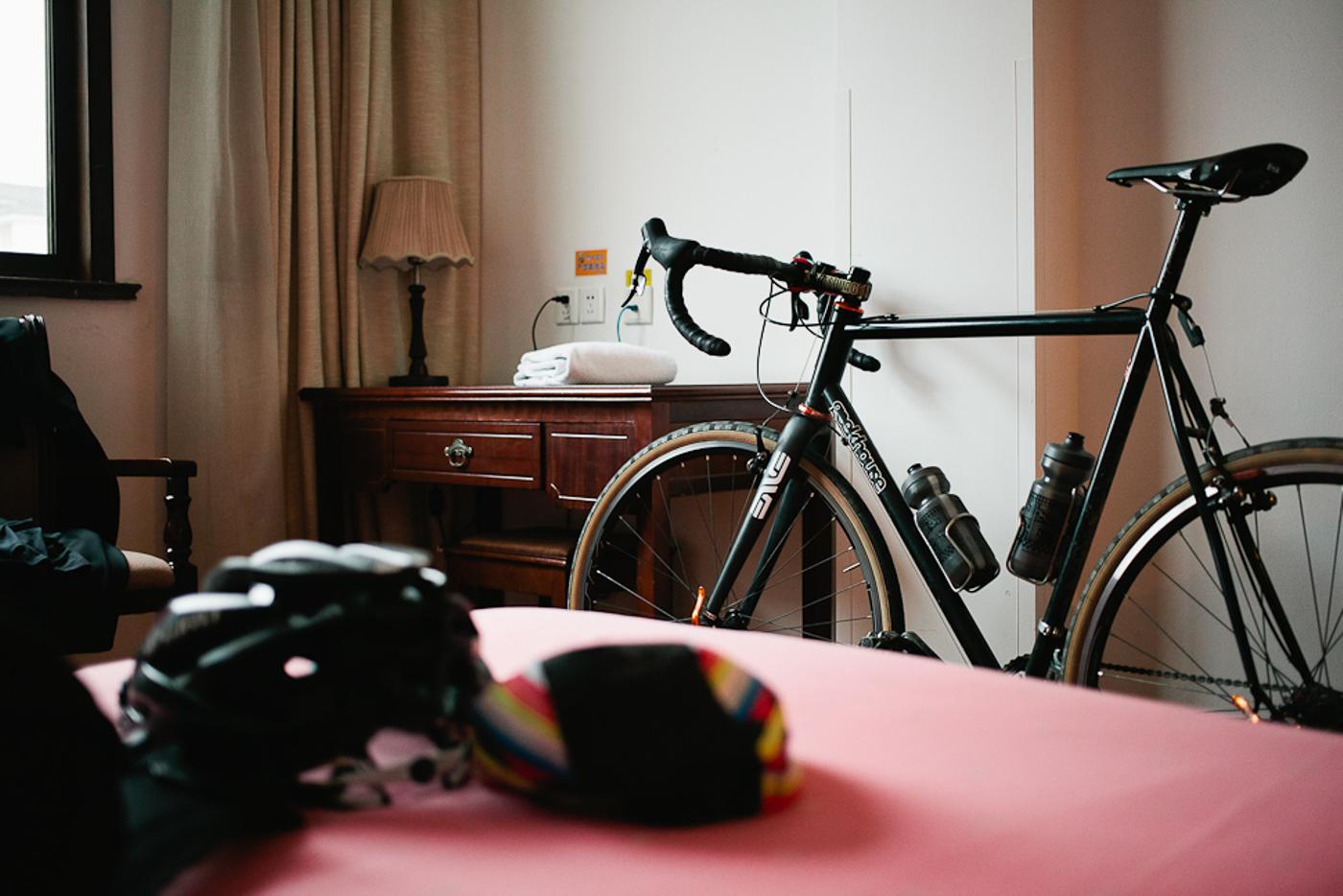 There was nothing pleasant about today, aside for the company. The things I saw on the road will forever change the way I view the world and globalization. Without going too much into the politics of it all, I’ll just say that I’m glad to have gotten the first leg of our ride out of the way. On paper, the route looks easy. 100k door to door, and about 90 meters of climbing.

These numbers are almost laughable, compared to other rides we’ve all completed, but those weren’t in an AQI of 350+ and through a toxic wasteland. To give you some perspective, Los Angeles has the highest AQI in the United States and today, it’s at 70. I’ve never experienced anything like this before.

The morning began early, as we checked out of our hotel and headed to Factory 5 to ready our bikes. At 10:30am, we put on masks (literally) and rode alongside a highway out of town. You’d think the air would be worse in the center city, but it was the opposite. Soon, it was like we were riding into a fog, rolling into San Francisco but there were no mountains, no iconic bridges or architecture, just smoke stacks and automotive factories.

Your face began to burn, eyes water and all you wanted to do was take off your mask to get some “fresh air”. Upon doing so, the smell of burnt plastic almost made you gag. It was literally hell and I can’t fathom the reality that people live in it everyday. The striking dichotomies were everywhere: a brand new VW dealership, next to a vacant lot with a pond, that was completely red with bacteria, or the canals and waterways turned black from factory waste next to a parking lot filled with brand new Buicks.

60 miles felt like 120. My lungs burn and my face is windburnt. I don’t think I’ve ever felt so hungover from a ride. There’s no gallery, since I shot all film today, but will leave you with the photo above to just say that I’m glad to be indoors for once. For more frequent updates, keep an eye on Mission Workshop’s (@MissionWorkshop) and my Instagram (@JohnProlly) during the day.